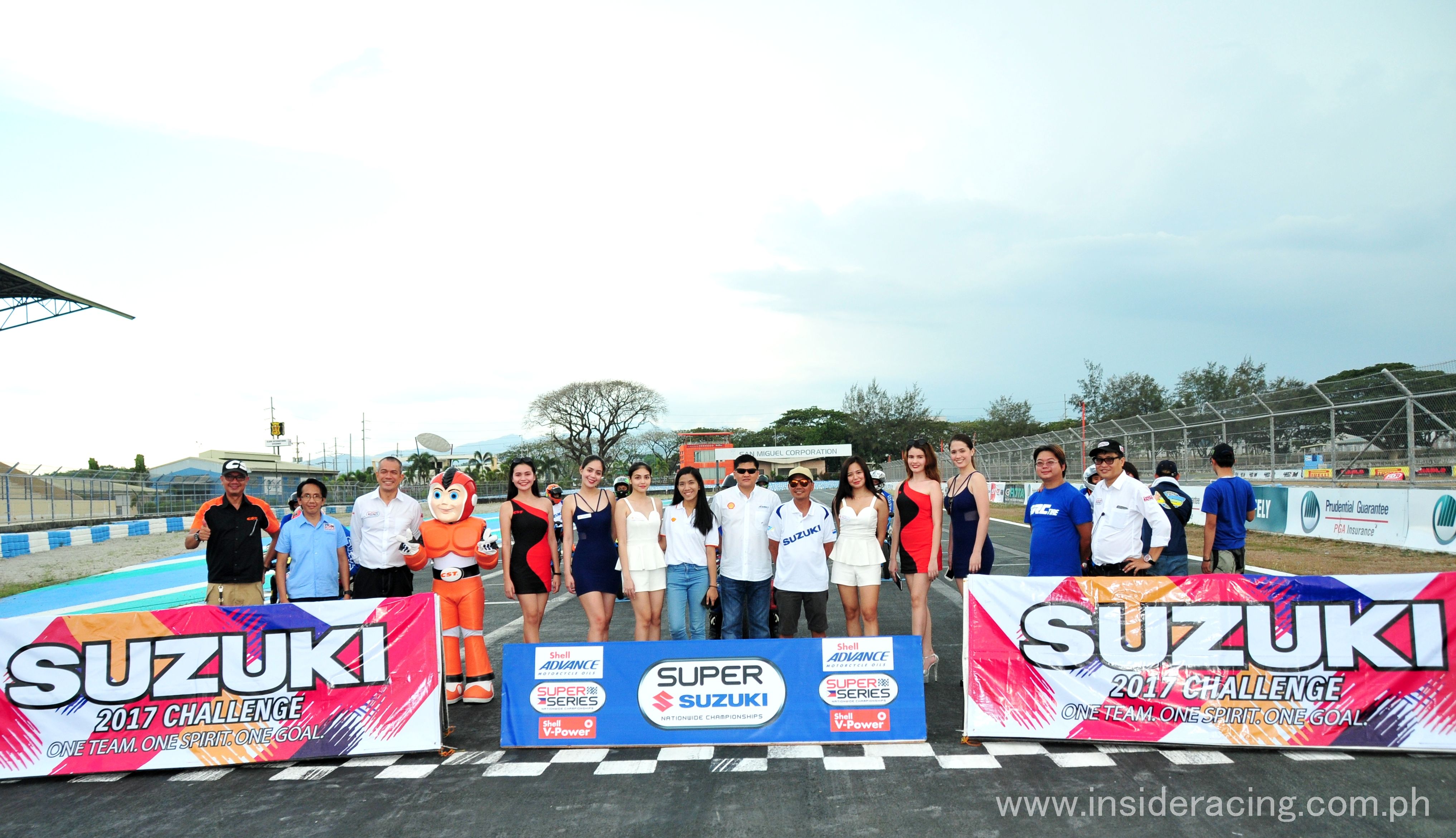 Gian Carlo Mauricio of Team JVT was the winner of the Super Suzuki race last April 9 at the Clark International Speedway, the venue of the USRA Shell Advance Super Series Nationwide Championships’ first round this 2017. Suzuki Raider R150 race bikes provided by Suzuki Philippines are featured in the Super Suzuki class. 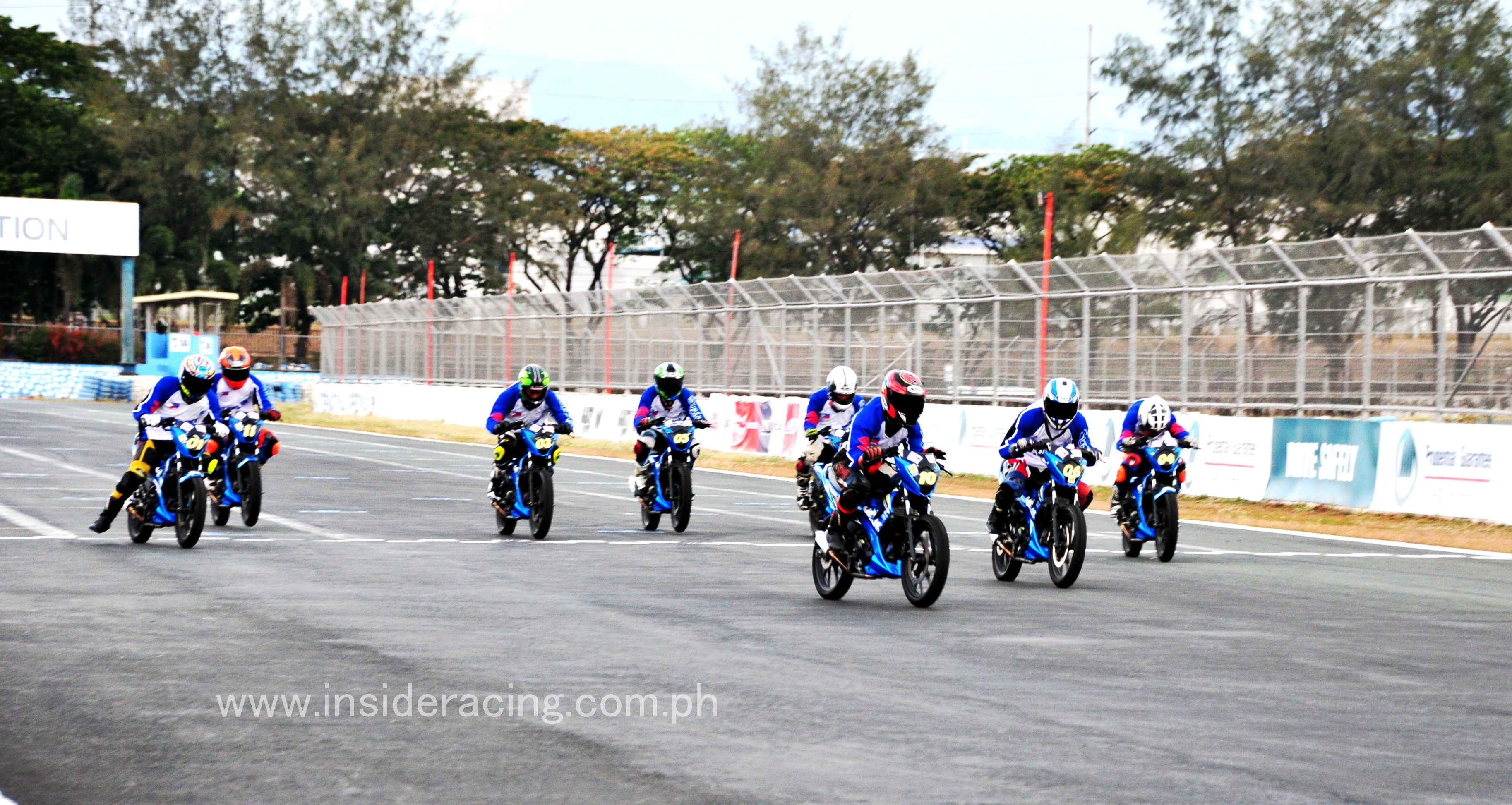 Polesitter of the 10-lap race at the west course of the track was Ton Farin. Out of the 24 entries of the race class, the top 8 after the eliminations battled in the race proper. 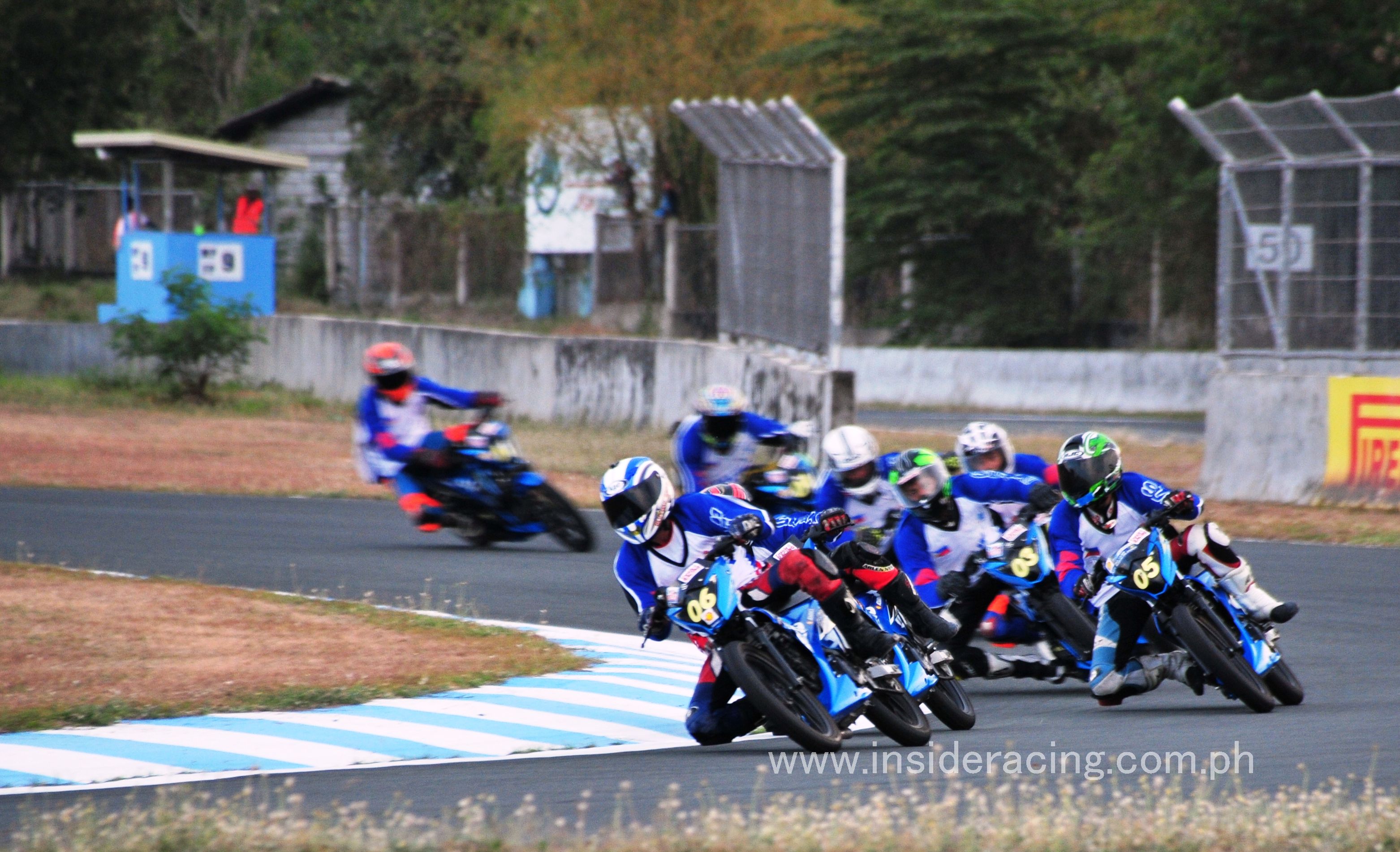 Farin wasn’t able to hold on to the lead as Clifford Bacus of Fader N’ Sun Racing Team got to the front immediately. Bacus was chased by Mauricio and the latter successfully took the lead.  In the latter laps, however, Bacus managed to get close to Mauricio and the two had a photo finish as they crossed the finish line. Maurcio won with only a 0.001 second margin of victory over Bacus. Third to finish the race was Amber Torres. 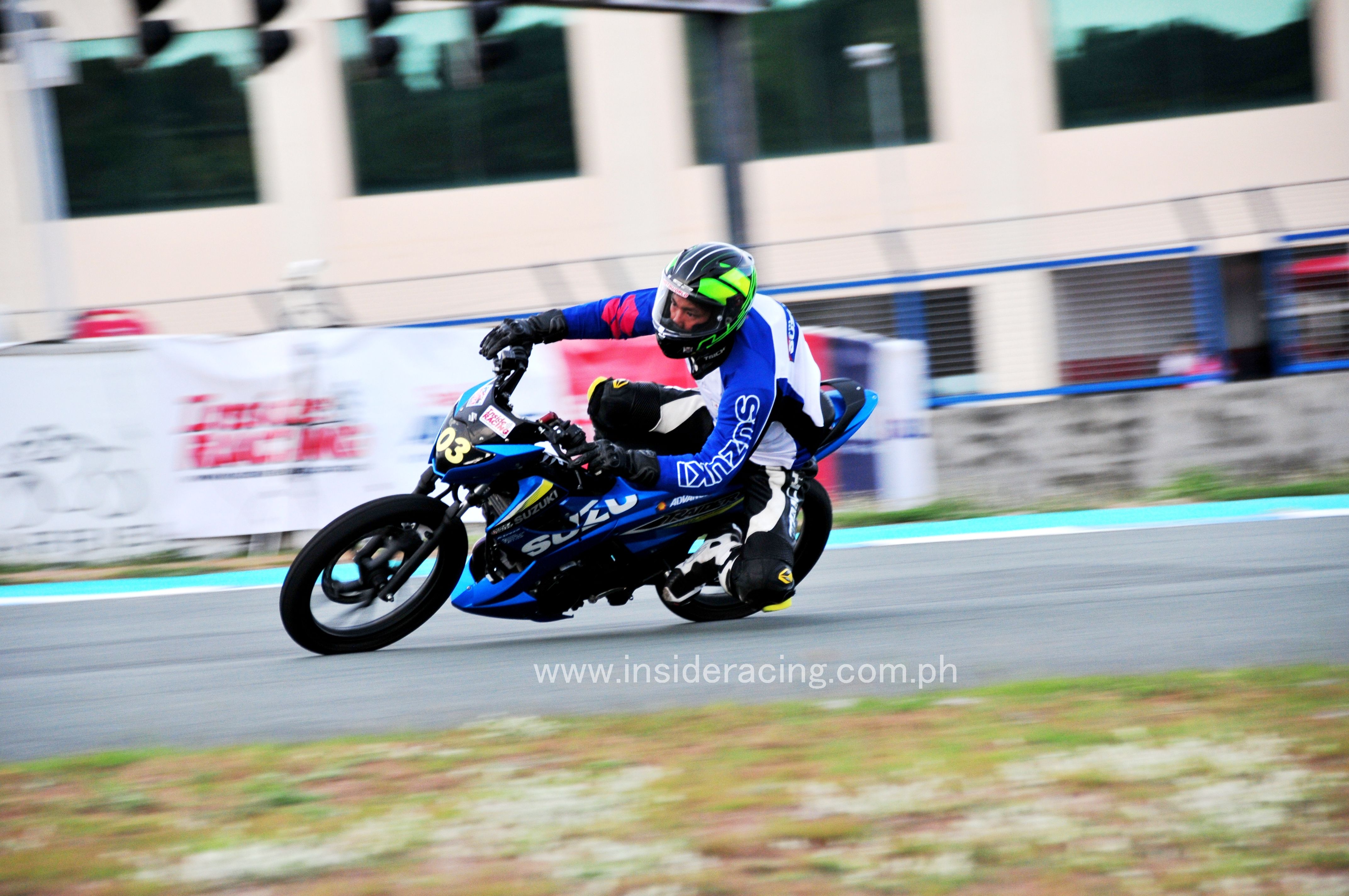 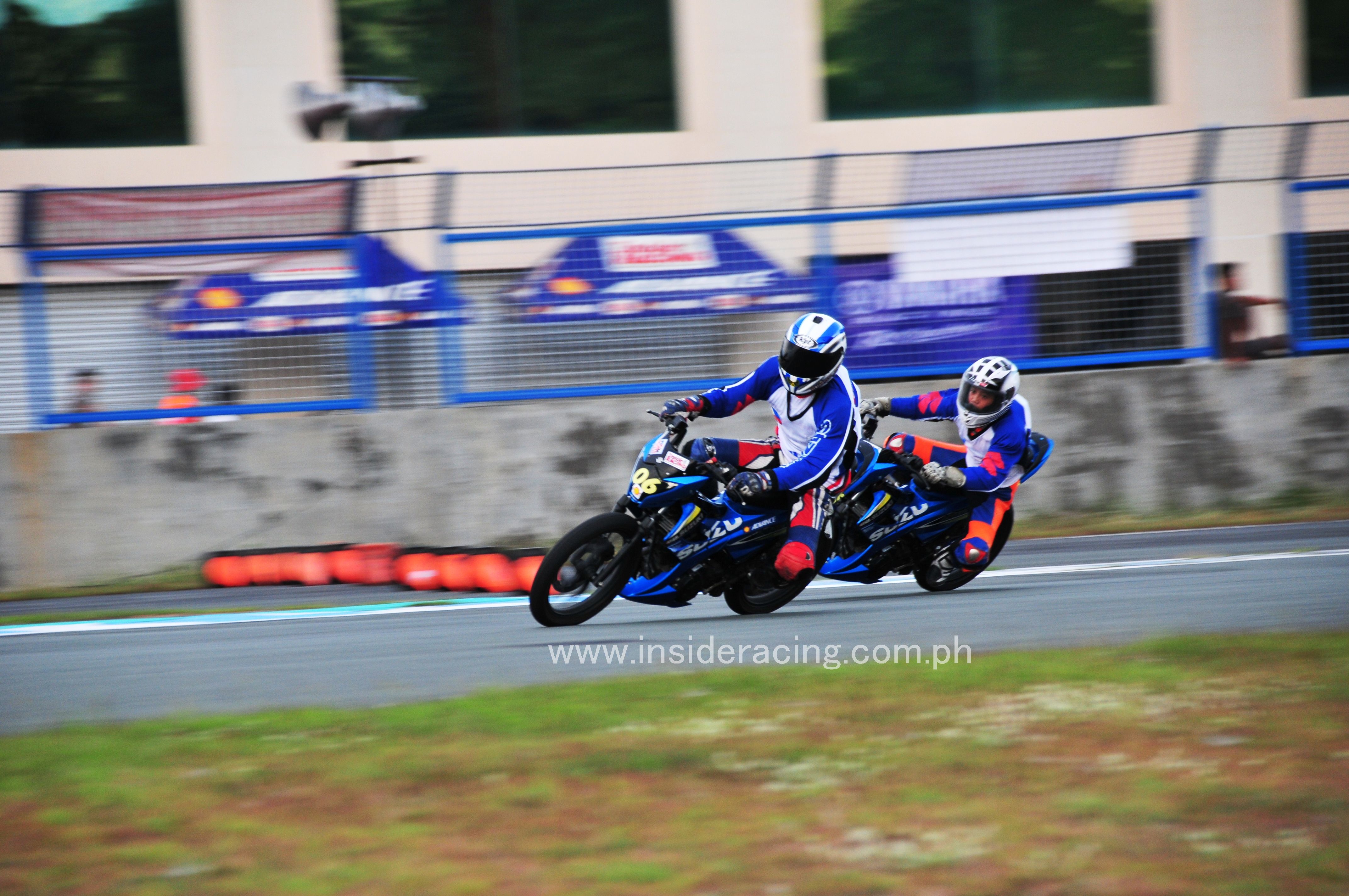 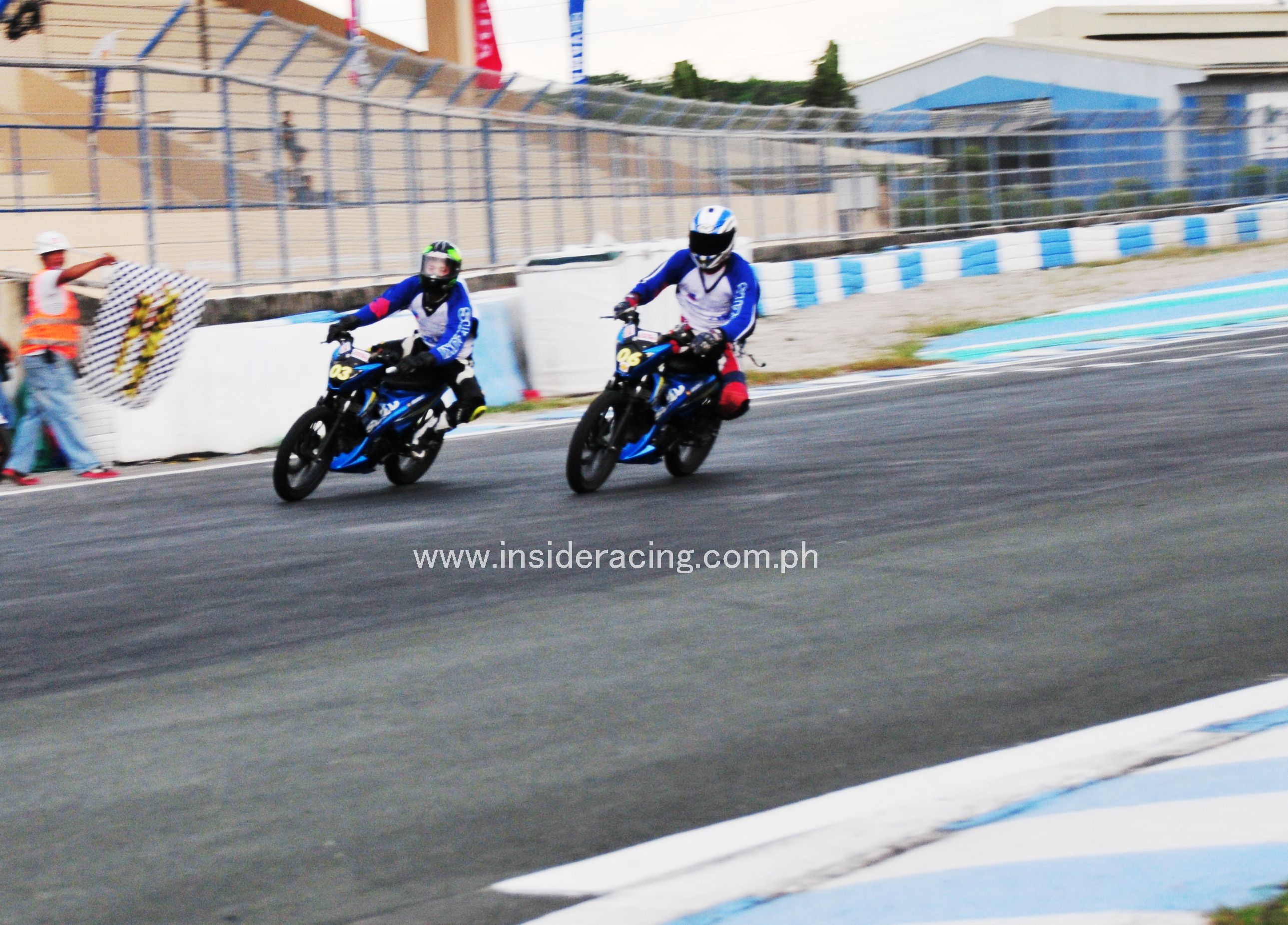 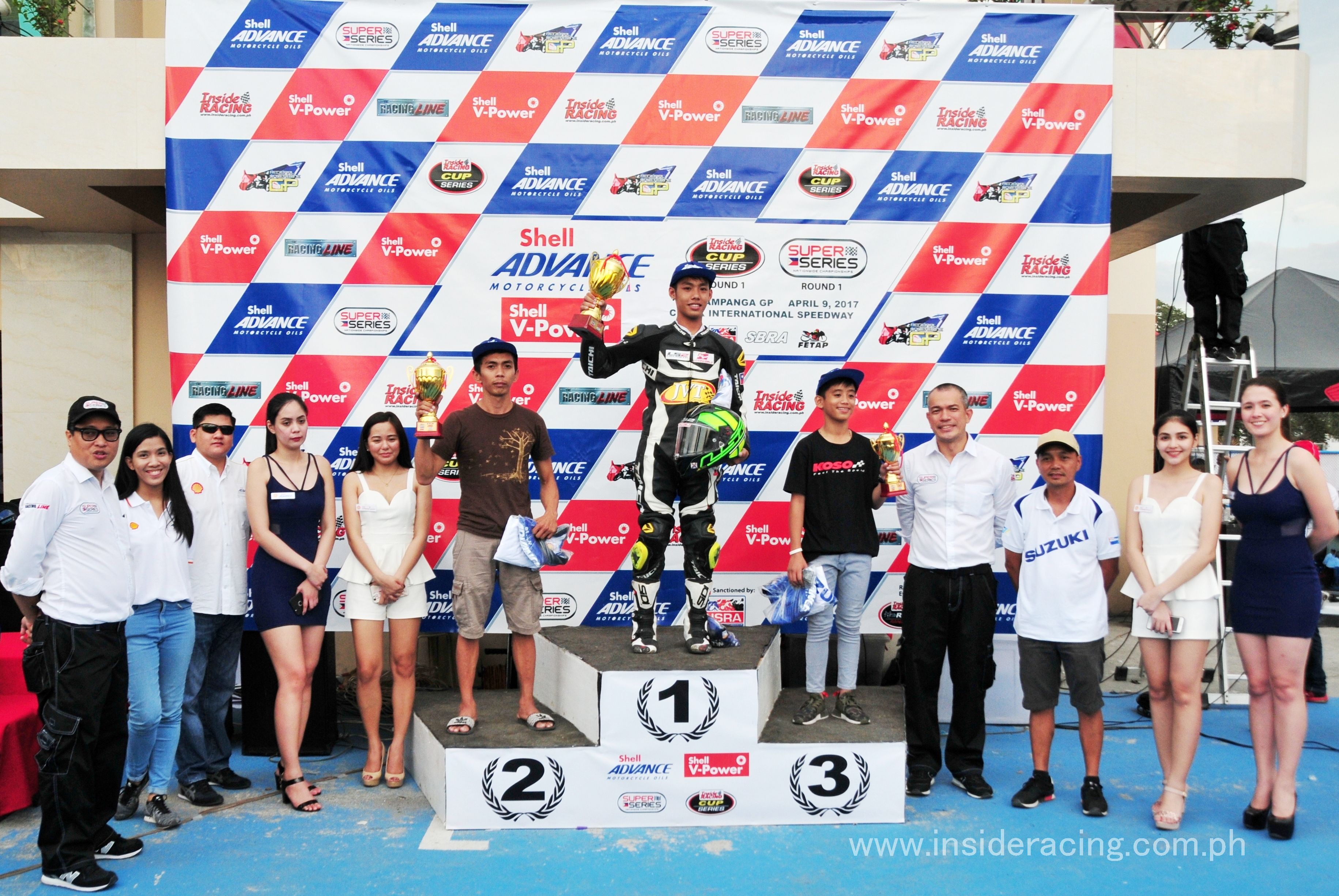 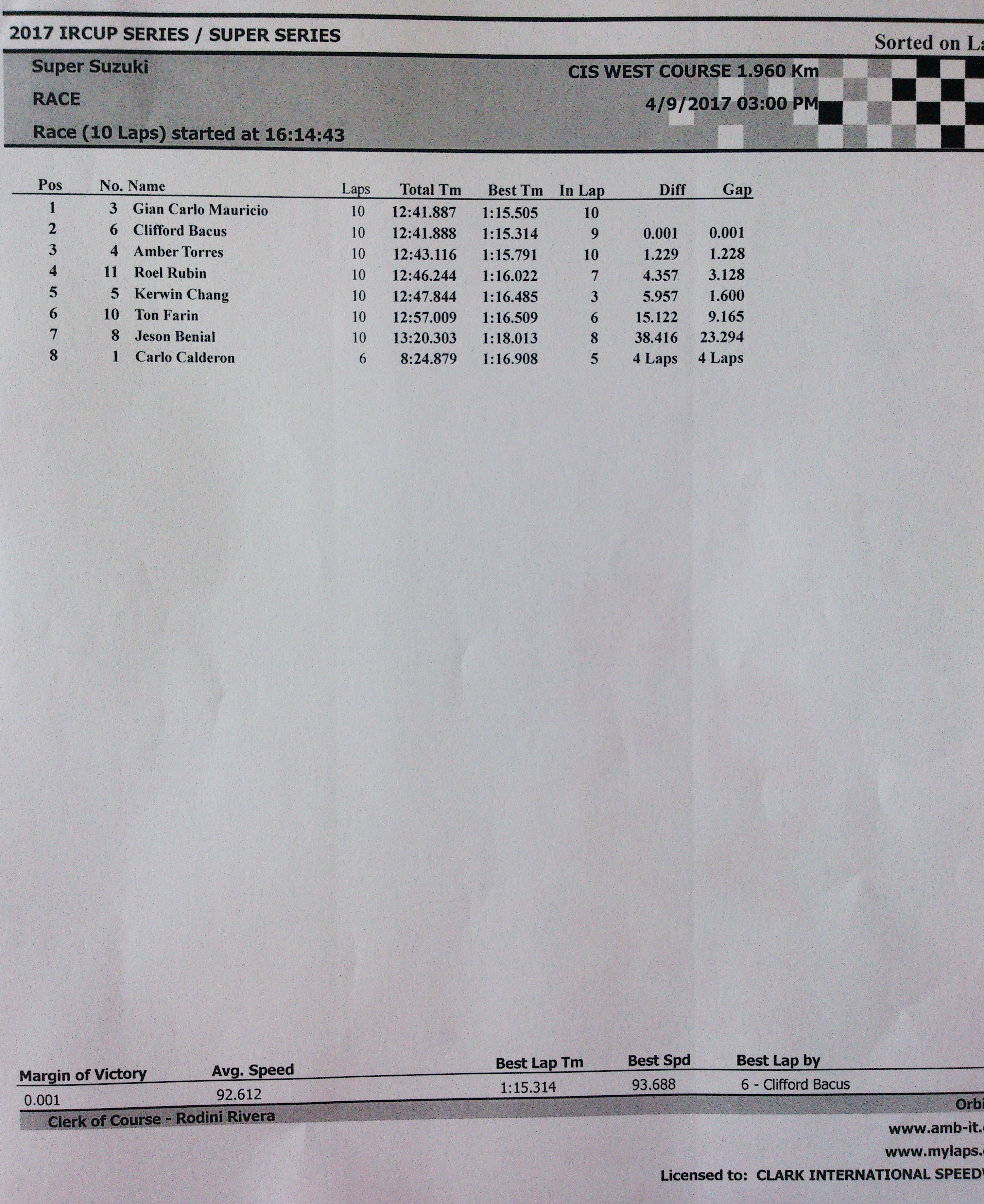 The Shell Advance Super Series Nationwide Championships supported by FDR Tires, CST Tires, IRC Tires, Suzuki Philippines, Honda Philippines and Yamaha Motor Philippines is fueled by Shell V-Power and sanctioned by the Unified Sports and Racing Association for Motorcycles, Inc. (USRA). The next round of the Super Series is on May 7 in Davao.  The Super Series is organized by InsideRACING and The Racing Line.