James Mendez secured the win for Yamaha-Spec V in the Super Underbone race held on May 21 in Meyacauyan, Bulacan. His steady riding paid off as he clinched the win in the race which was dominated at first by his teammate Masato Fernando. Unfortunately, Fernando’s race bike slowed down and had problems and as he stopped, it was Mendez who was behind him who took the lead and the victory. Romer Corbe, another member of the Yamaha-Spec V racing team finished second. Fernando was still able to salvage a third place finish. Albert Teodosio who bravely raced with the three experts crashed in the race but was safe and able to participate in his other races that day. 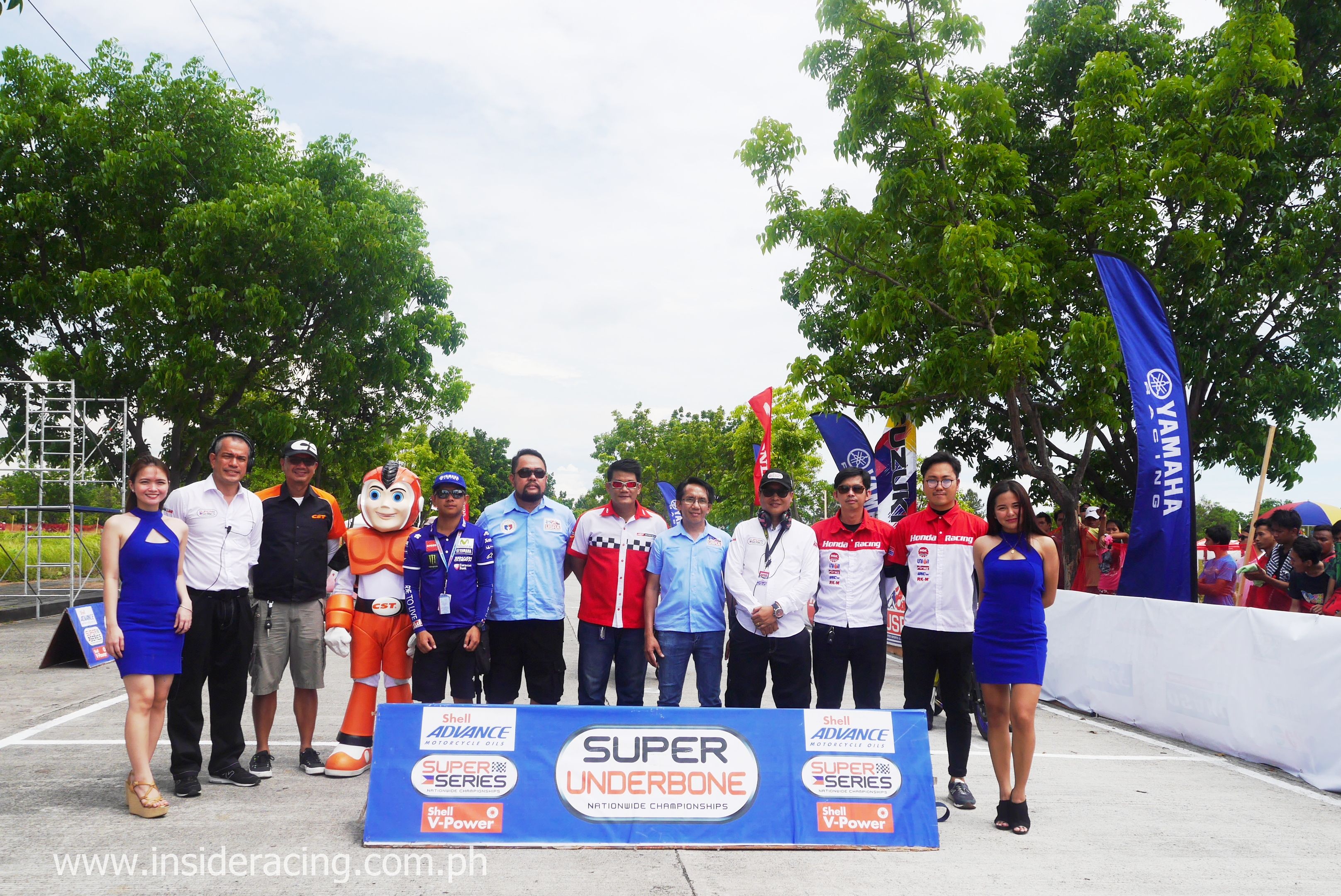 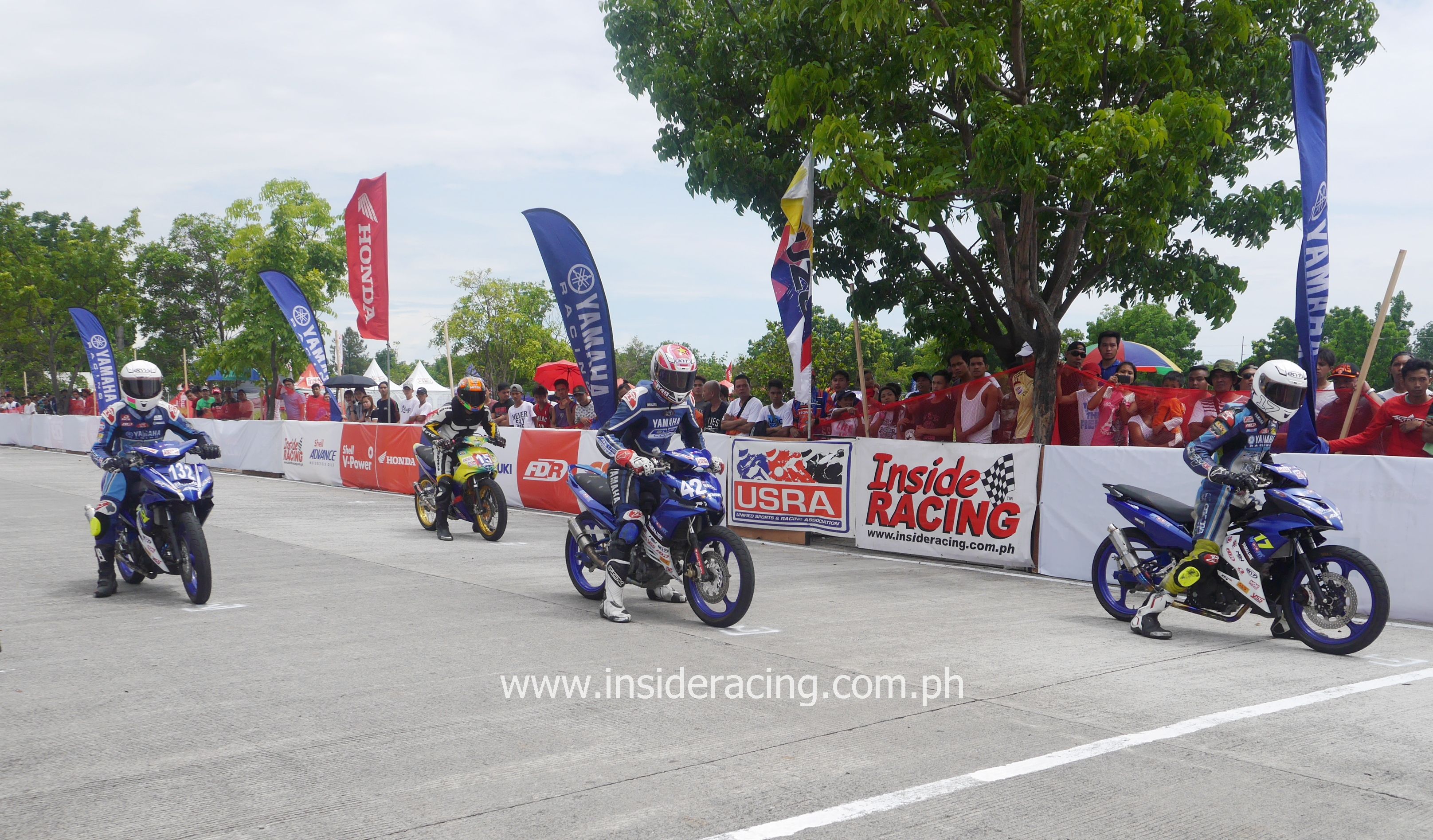 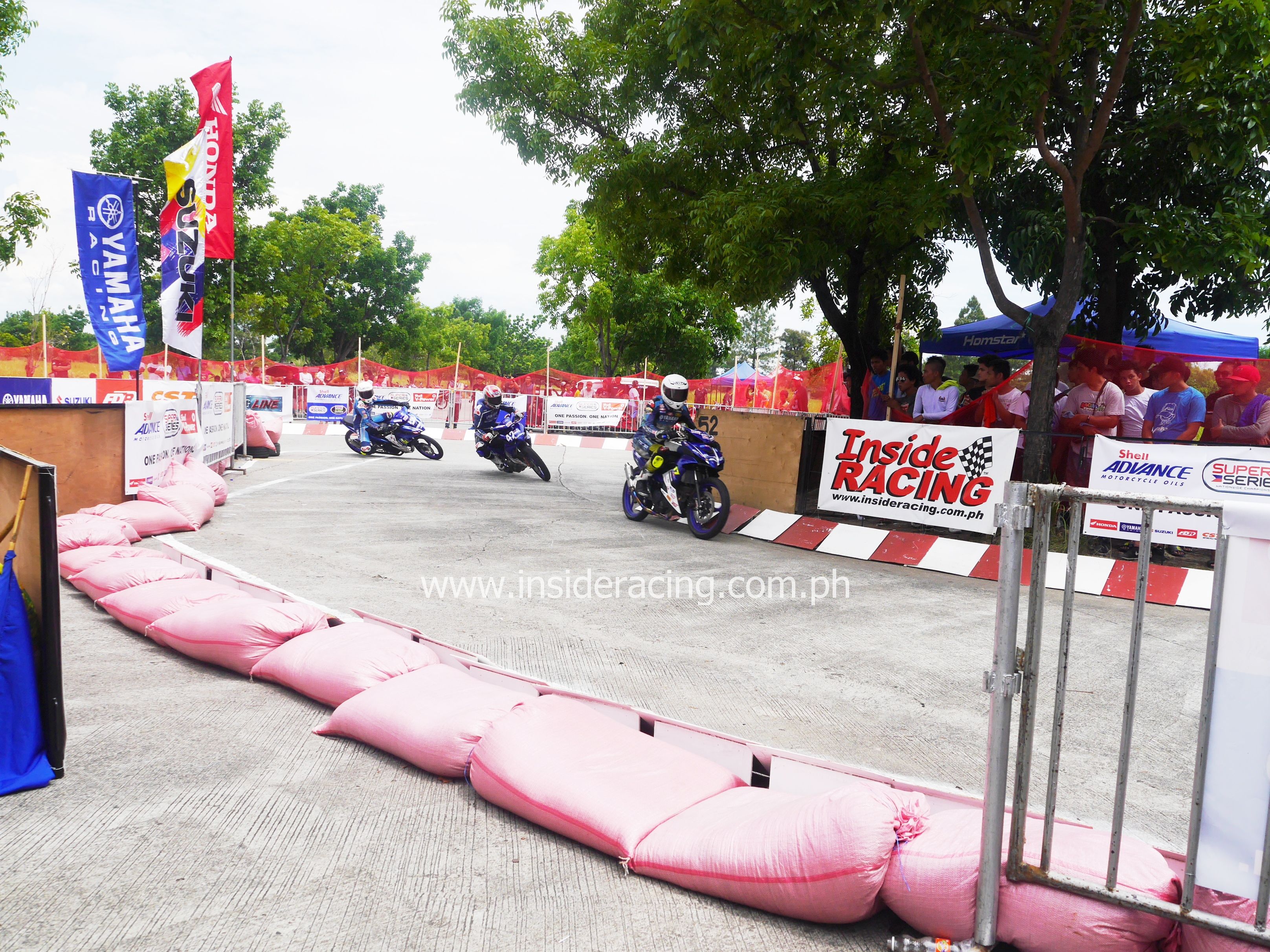 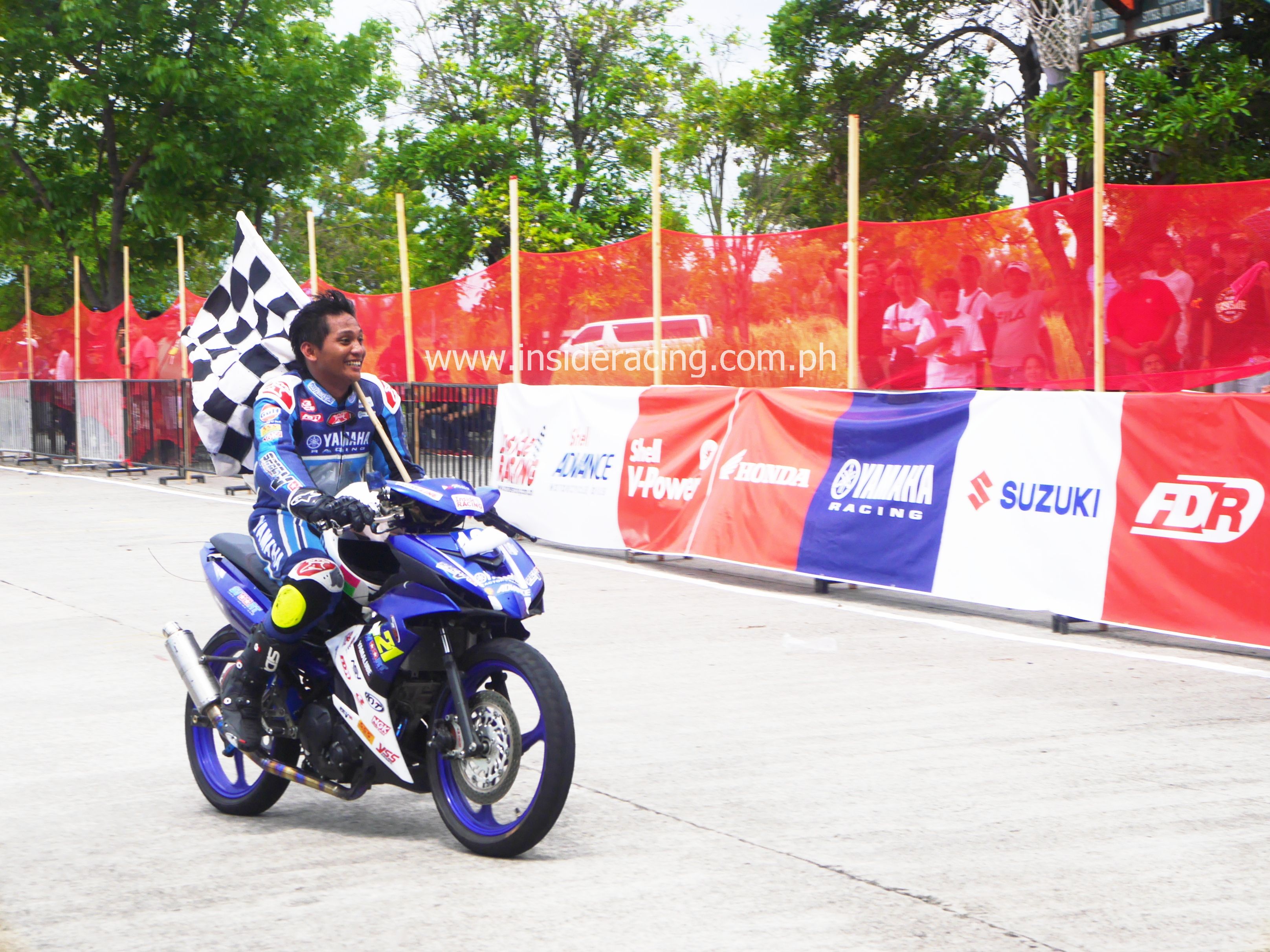 James Mendez in his victory lap 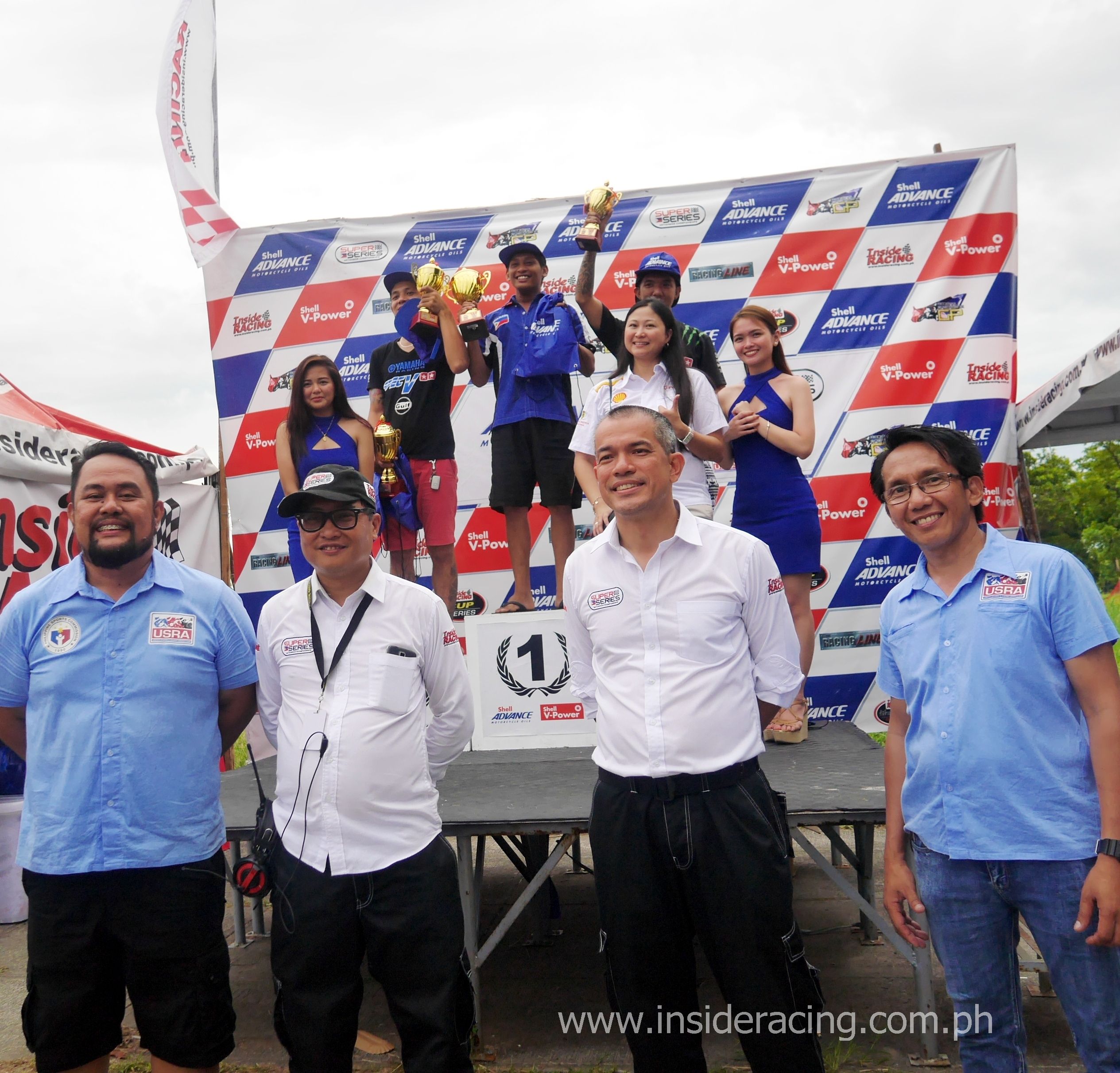 After the successful third round of the USRA Shell Advance Super Series Nationwide Championships held at the Meycauayan Commercial Complex in Bulacan, the series will head to the Carmona Race Track in Cavite this June 18 for its fourth round. The Unified Sports and Racing Association for Motorcycles, Inc. (USRA) which is recognized by the Philippine Sports Commission and a member of the Federation of Two Wheels Association of the Philippines (FETAP) sanctions the Super Series. InsideRACING and The Racing Line are the organizers of the nationwide series supported by Shell Advance, Shell V-Power, CST Tires, IRC Tires, FDR Tires, Yamaha Motor Philippines, Suzuki Philippines and Honda Philippines.