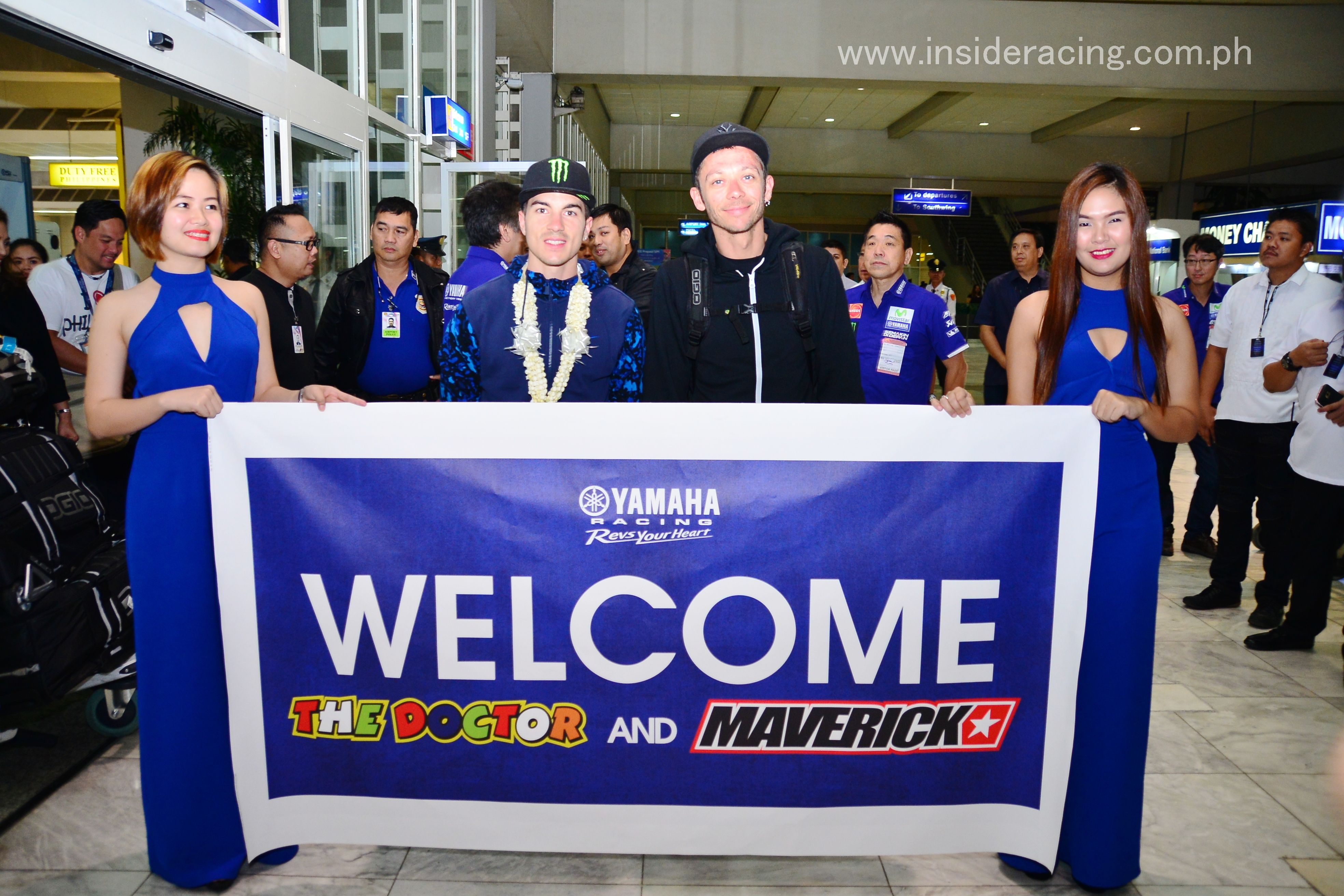 Movistar Yamaha MotoGP riders arrived at the country on January 28, 2017. The two were welcomed by Yamaha Motor Philippines and members of the motorcycle media at the airport.

It was the second time for 9-time World Champion and well-loved Rossi to visit the country. The first one was in 2014 for a cause. The two MotoGP riders first attended a press conference held at the Trade Hall of Robinsons Novaliches before suiting up and going to the racetrack to see their Filipino fans and Yamaha GP 8 riders. 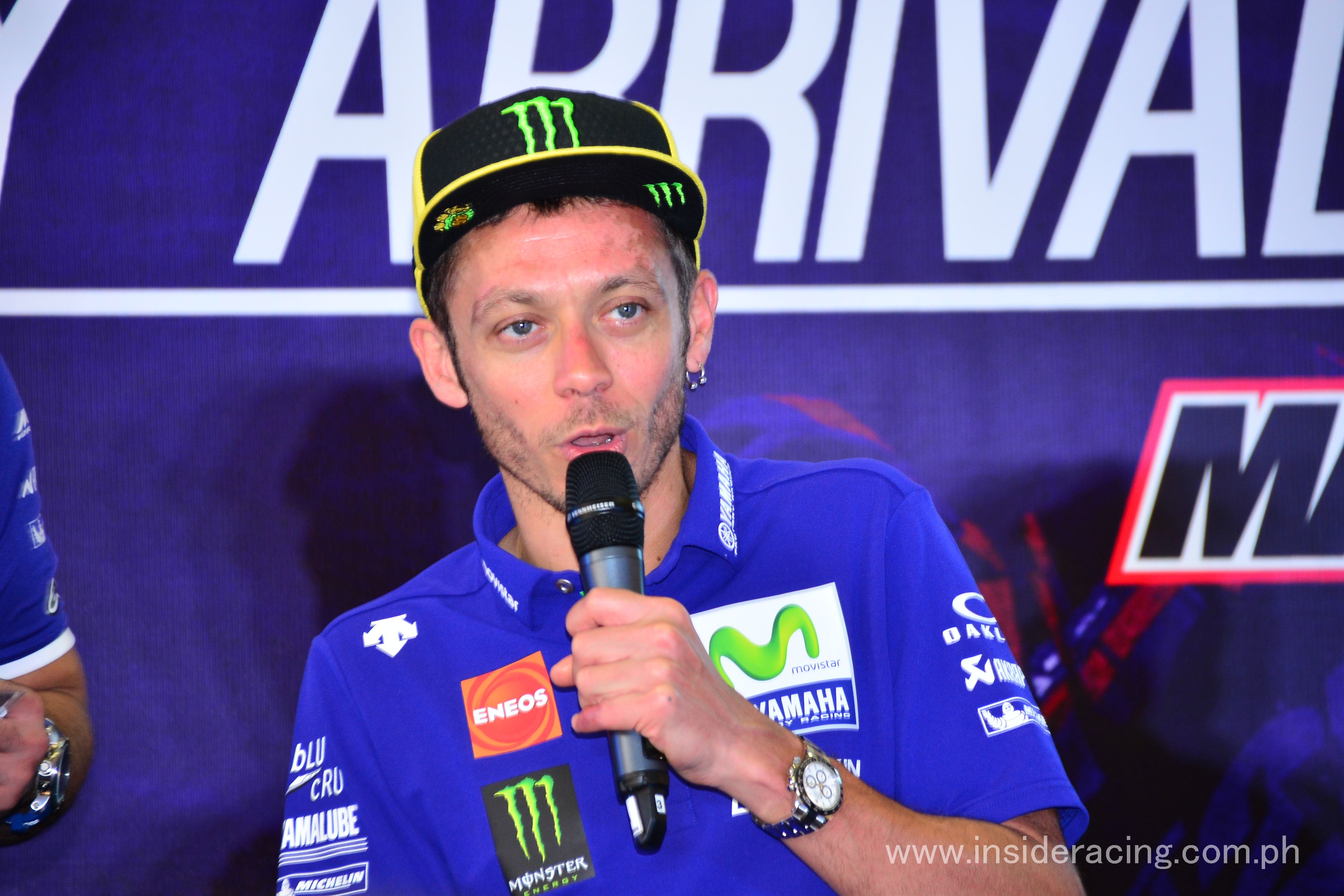 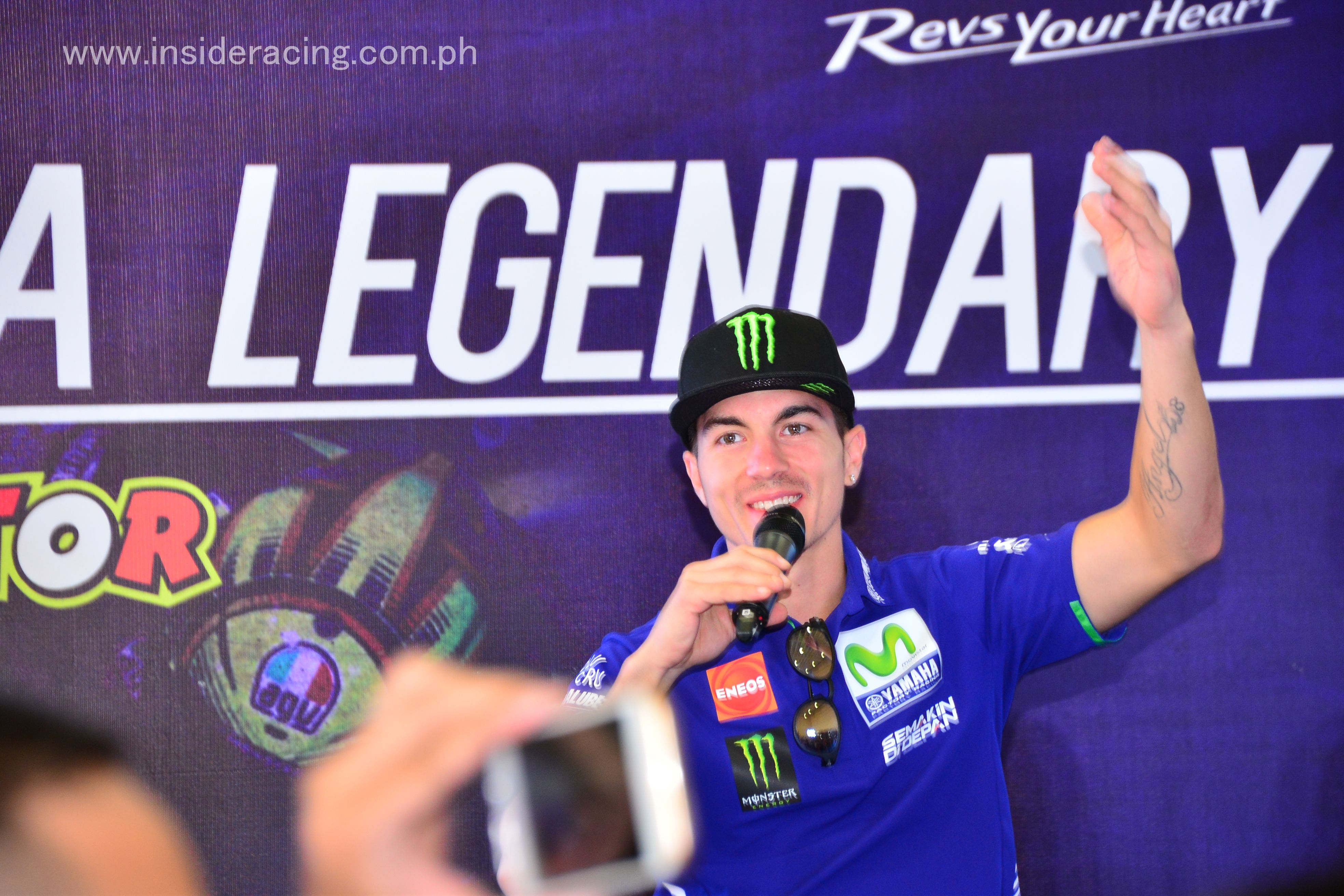 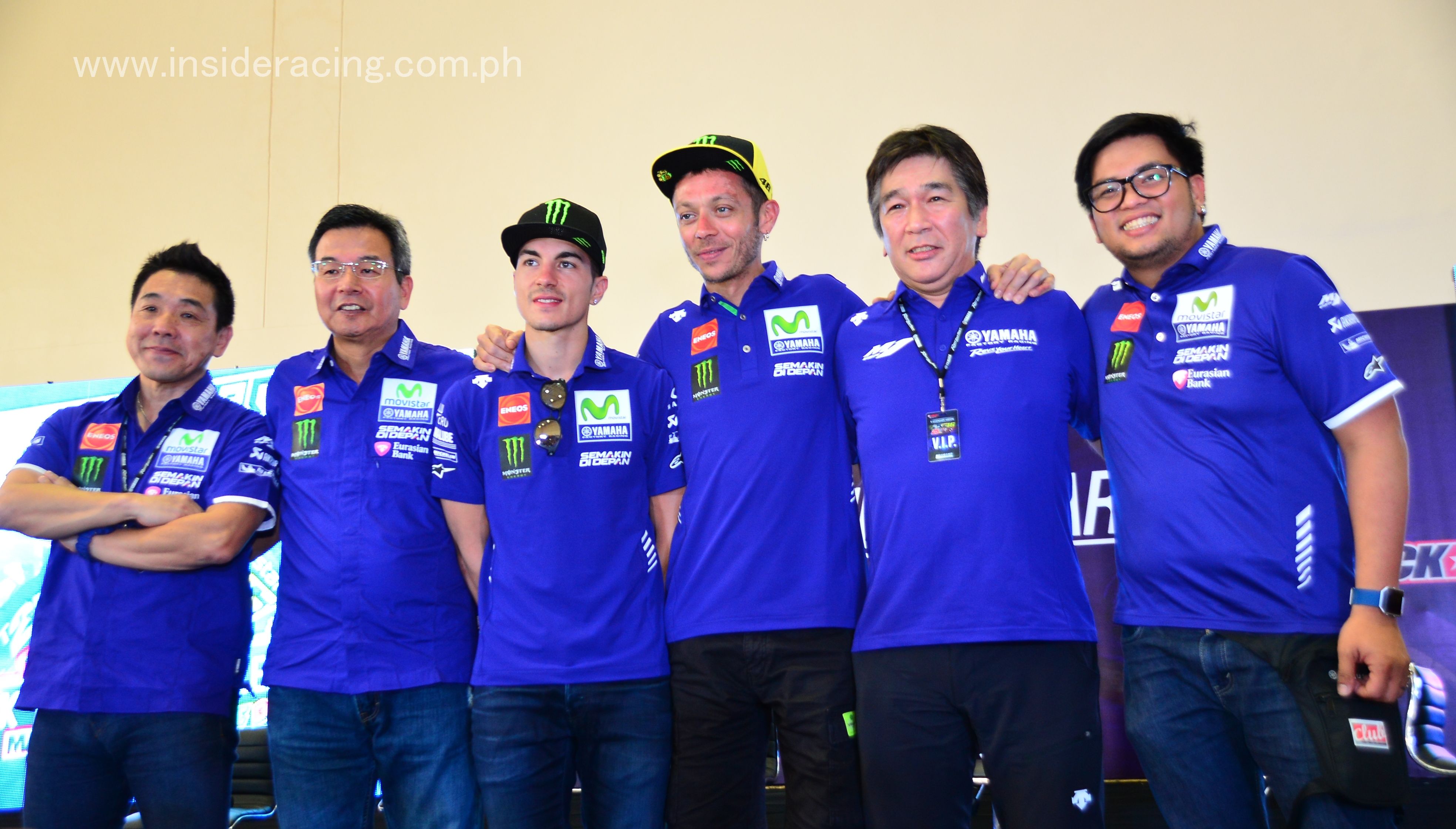 The parking lot of Robinsons Novaliches was filled with race fans and enthusiasts who were all excited to see Rossi and Viñales. The two signed and rode Yamaha Sniper 150 MXi motorcycles for 8 laps to the delight of the crowd. Yamaha GP 8 participants and YClub members also had a photo opportunity with the two MotoGP riders. 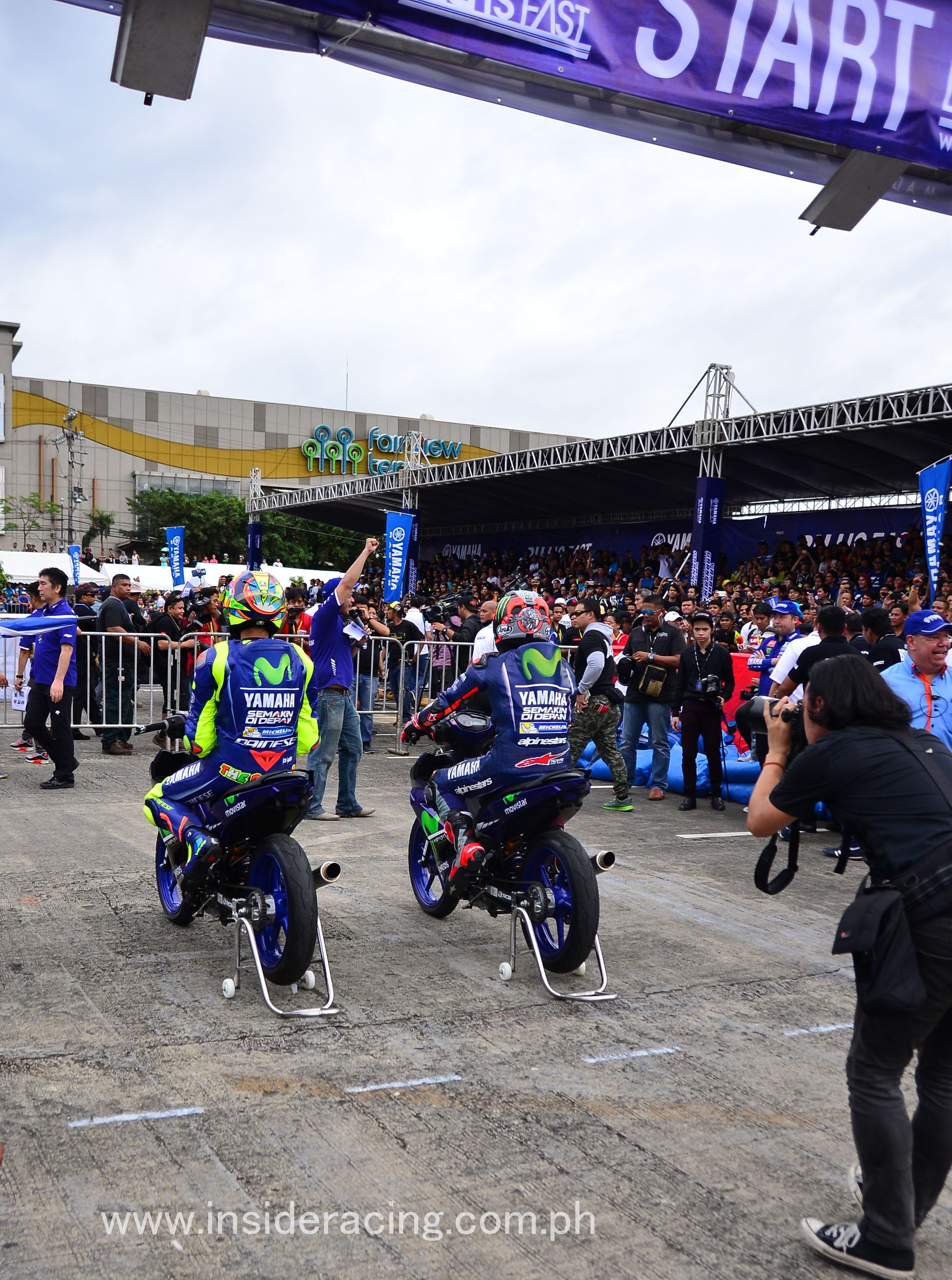 “The Doctor” Valentino Rossi. It was the second time for the Italian rider to visit The Philippines.

“Top Gun” Maverick Viñales. The Spaniard is the new teammate of Rossi.

Both Rossi and Viñales were greatly appreciative of the hospitality, support and passion of Filipino racing fans. Rossi even promised that they will put the Philippine flag on their Yamaha M1 MotoGP race bikes! The Italian also hopes to train a Filipino rider someday.

The opening of the Yamaha GP 8 was also graced by lovely actress Maja Salvador who performed for the crowd. The Mocha Babes likewise gave a sizzling number. Exciting races featuring up and coming and seasoned riders then followed. 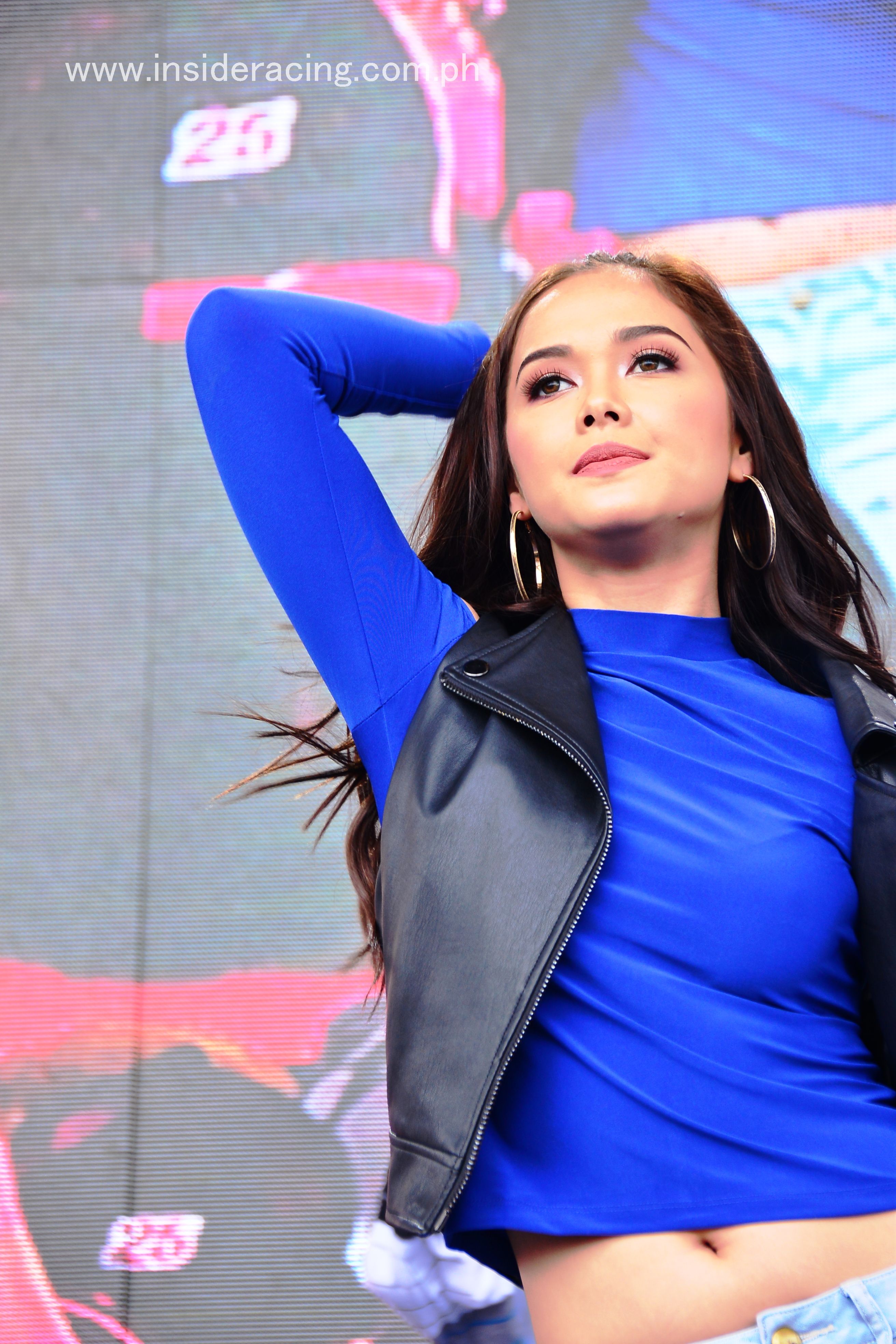 The Yamaha GP 8 is having 4 legs this year. The series aims to produce champion riders and help the motorcycle racing scene in the country while showcasing the quality and performance of Yamaha motorcycles.