The last race of the Super Honda this year was dominated by Ephraim Onahon from Bukidnon. Onahon of Team RPM did not let go of the lead from start to finish of the 10-lap race last October 22 at the Kartzone in Cebu. 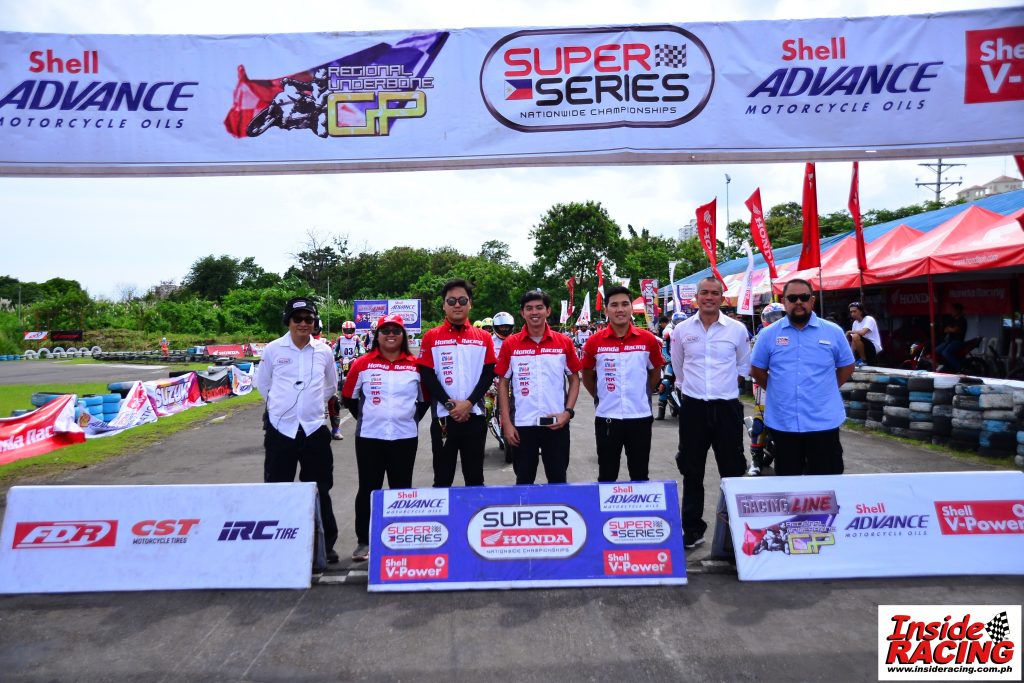 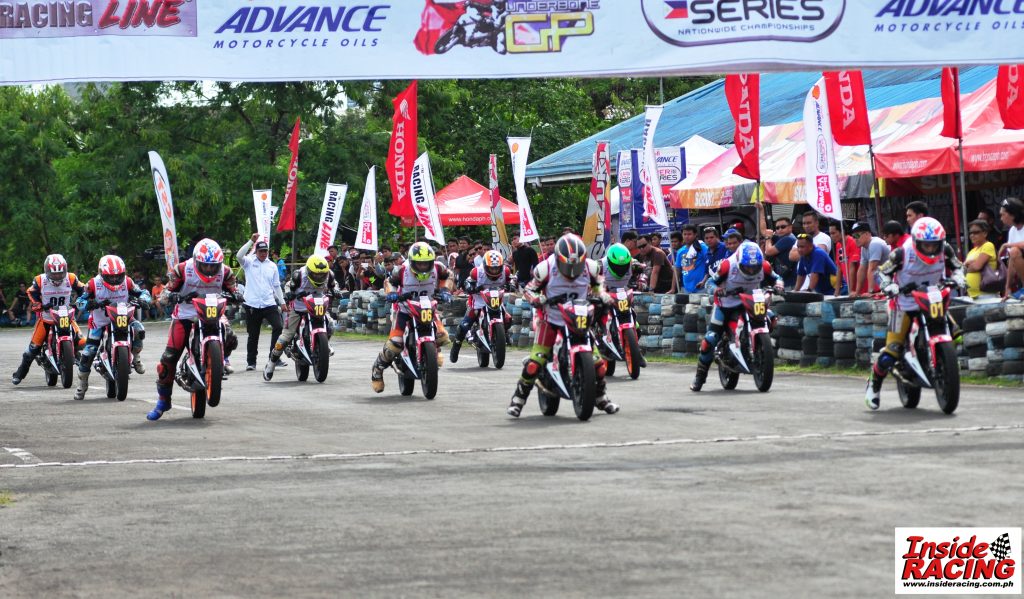 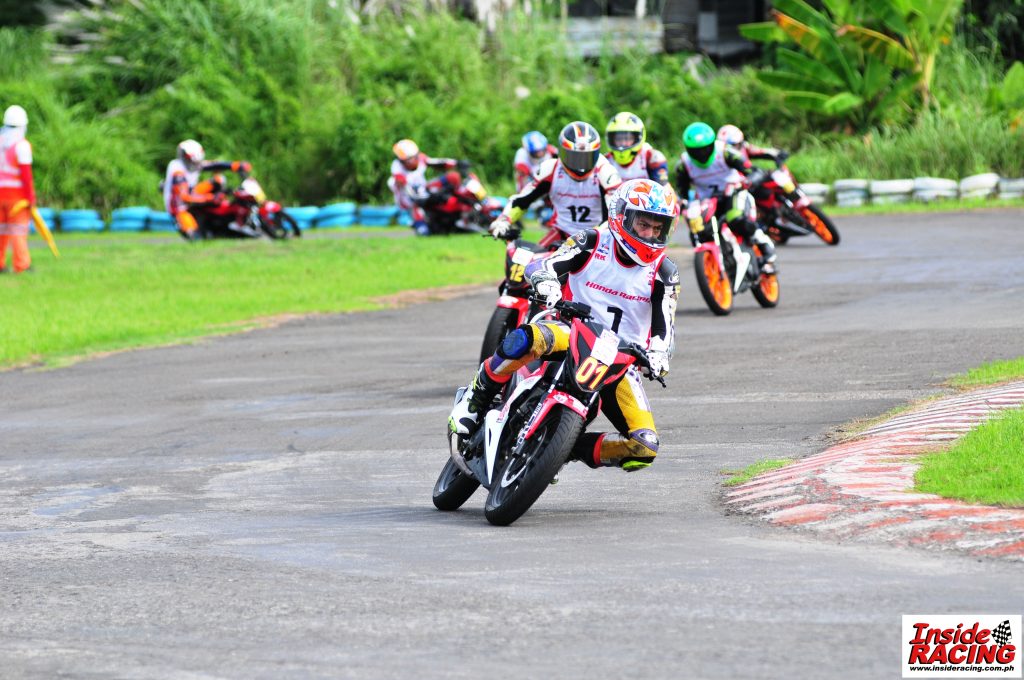 Ephraim Onahon in the lead of the Super Honda race 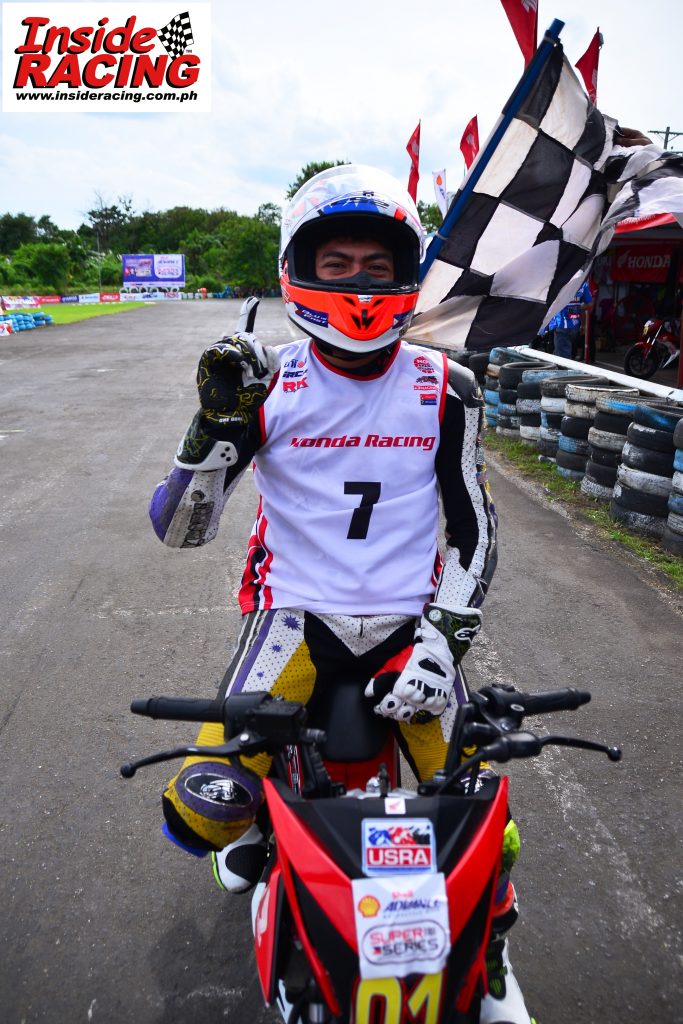 Keken Cabahug from Cebu was consistent at the second position. Another rider from Bukidnon, Clint Jay Sande, secured the third place. 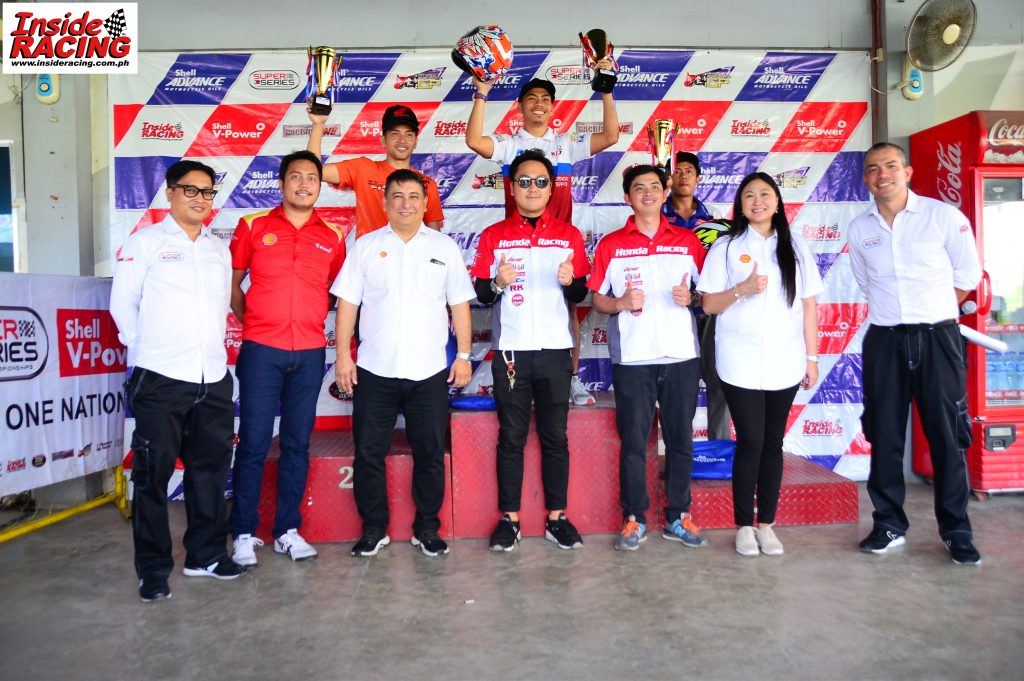 The Super Honda is one of the categories of this year’s Shell Advance Super Series Nationwide Championships Fueled by Shell V-Power. Honda Philippines provided Honda RS 150 race bikes used by riders competing in the said class. 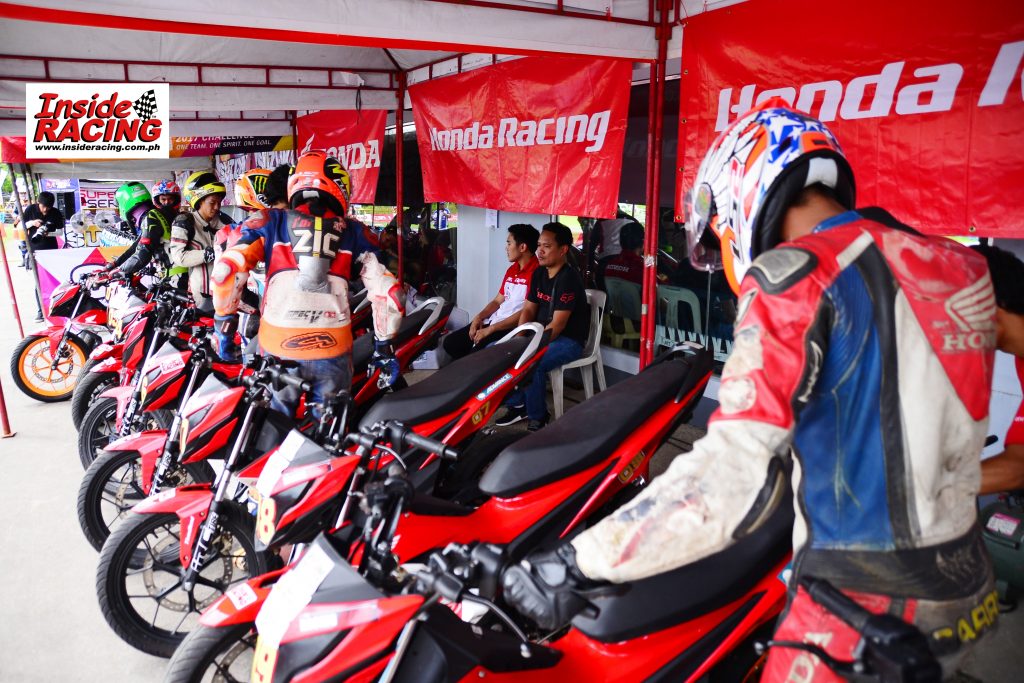 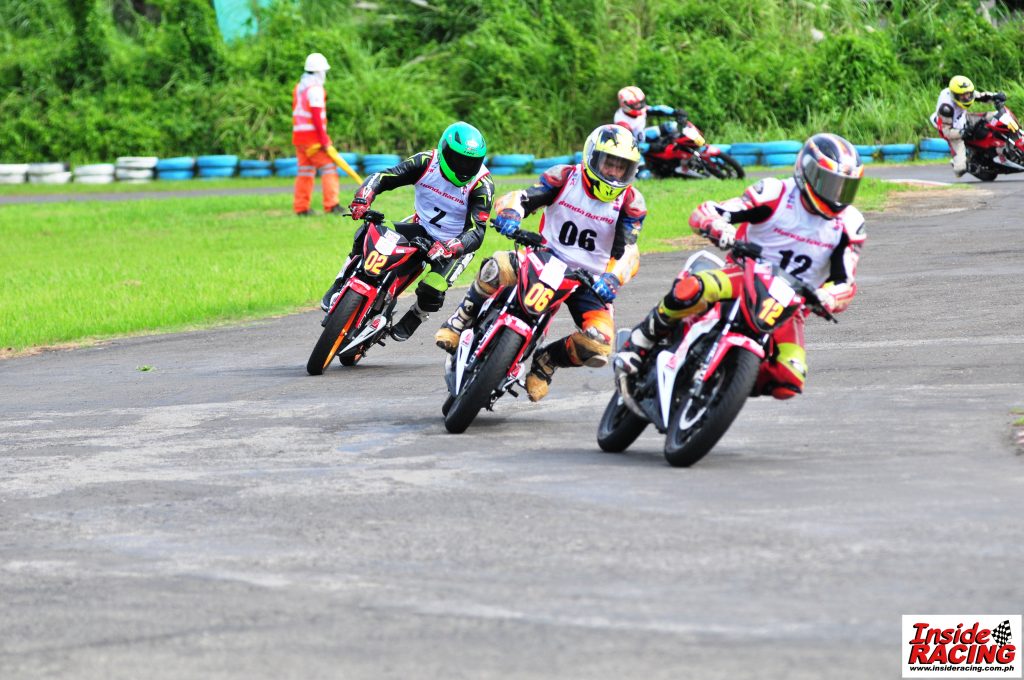 After 8 races in different racetracks and courses in Luzon, Visayas and Mindanao, the Super Honda overall champion in 2017 is Dustin Esguerra. The veteran rider who hails from Taytay, Rizal had two wins this season and is a consistent podium finisher which helped him amassed points for the title. The Super Honda title is only one of the several plums Esguerra clinched this year proving that he is still on top of his game. 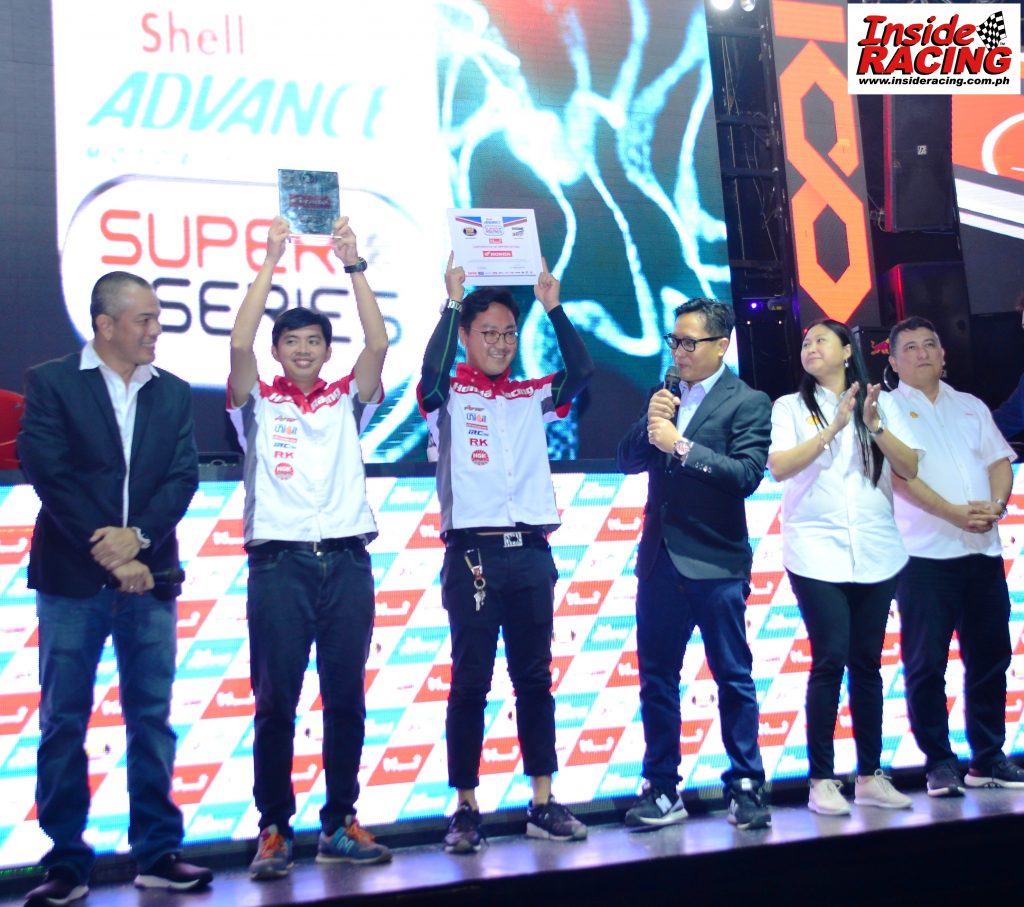 Certificate and Plaque received by Mr. Gilbert Sison and Mr. Tomoaki Watanabe of Honda Philippines. The manufacturer is one of the sponsors of the 2017 Super Series and provides Honda RS 150 motorcycles for the Super Honda class. 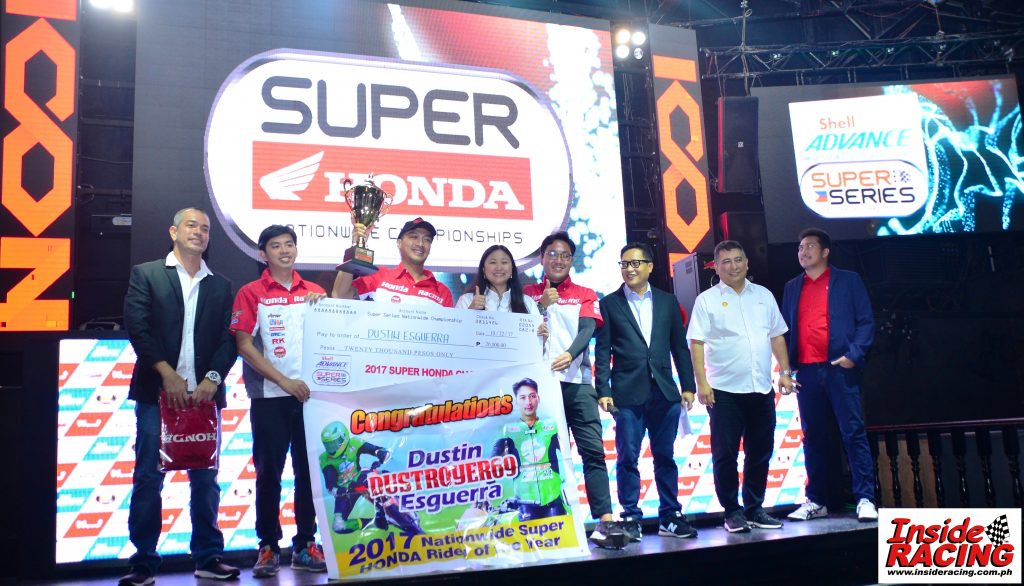