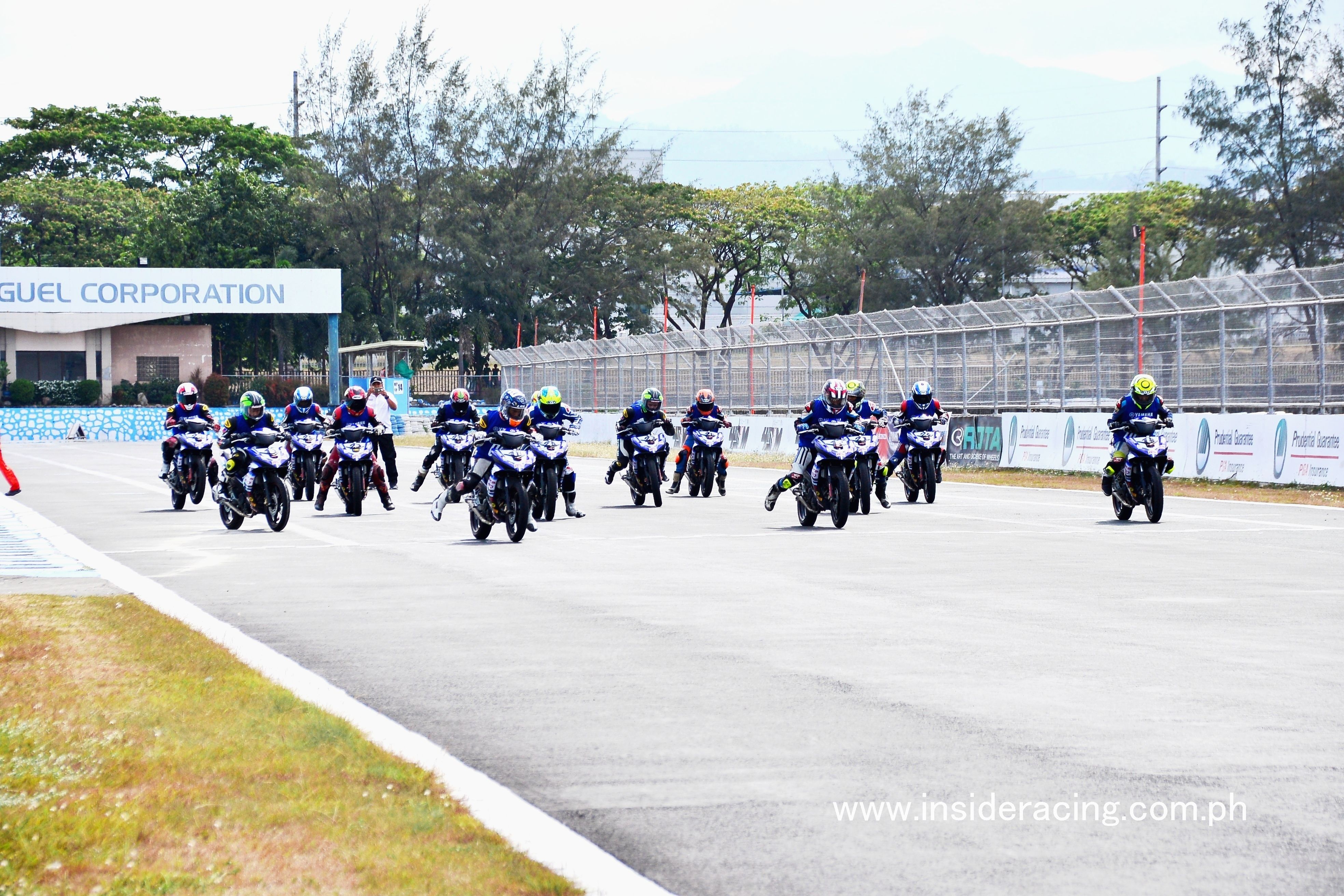 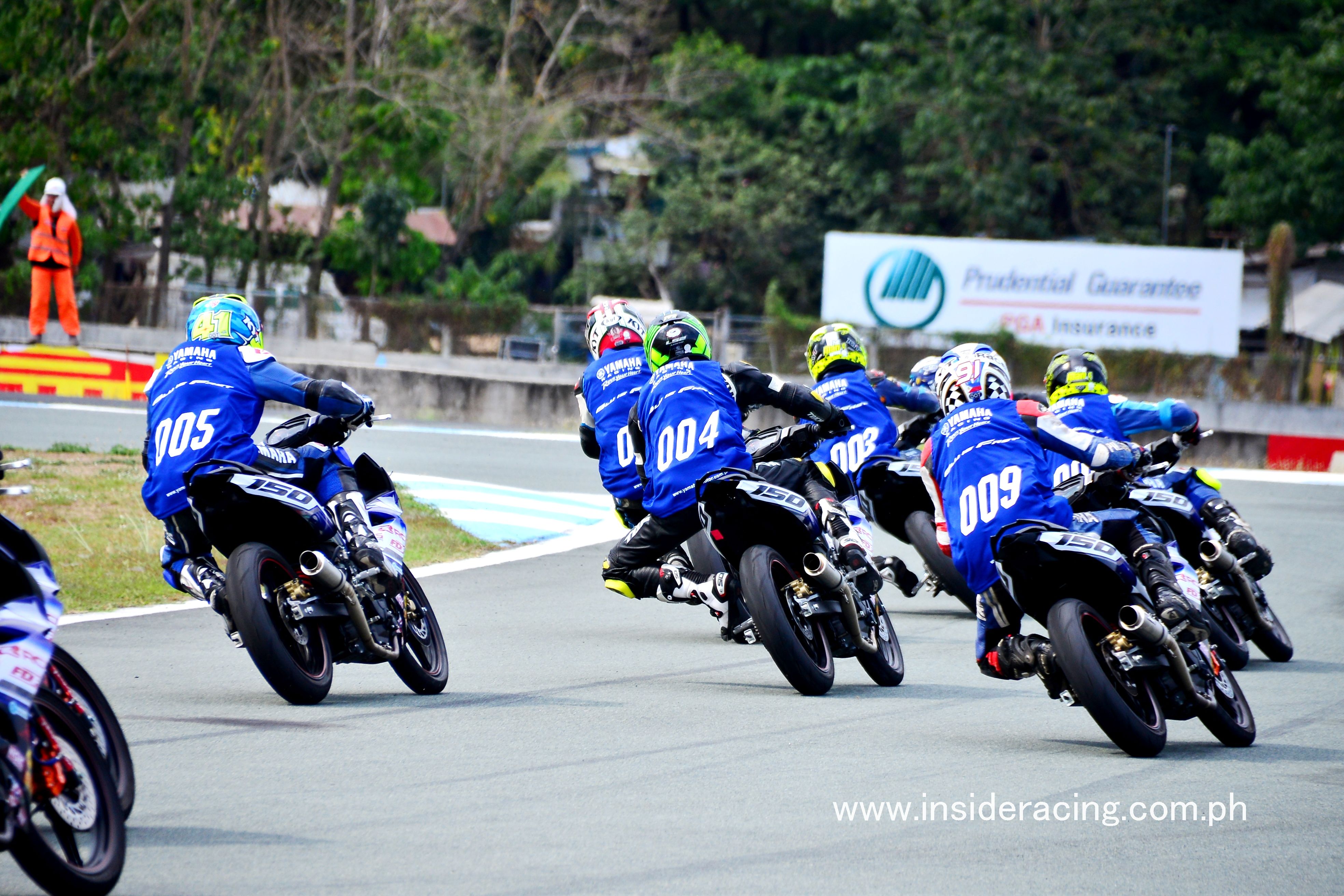 The Super Yamaha race of the USRA Shell Advance Super Series Nationwide Championships’ opening round held at the Clark International Speedway last April 9 saw an exciting battle of racing skills  among three of the top riders in the country today – McKinley Kyle Paz of Phoenix Cyclomax-Yamaha-KOSO-Faito Racing Team and Masato Fernando and James Mendez who are both racing for Yamaha-Spec V. 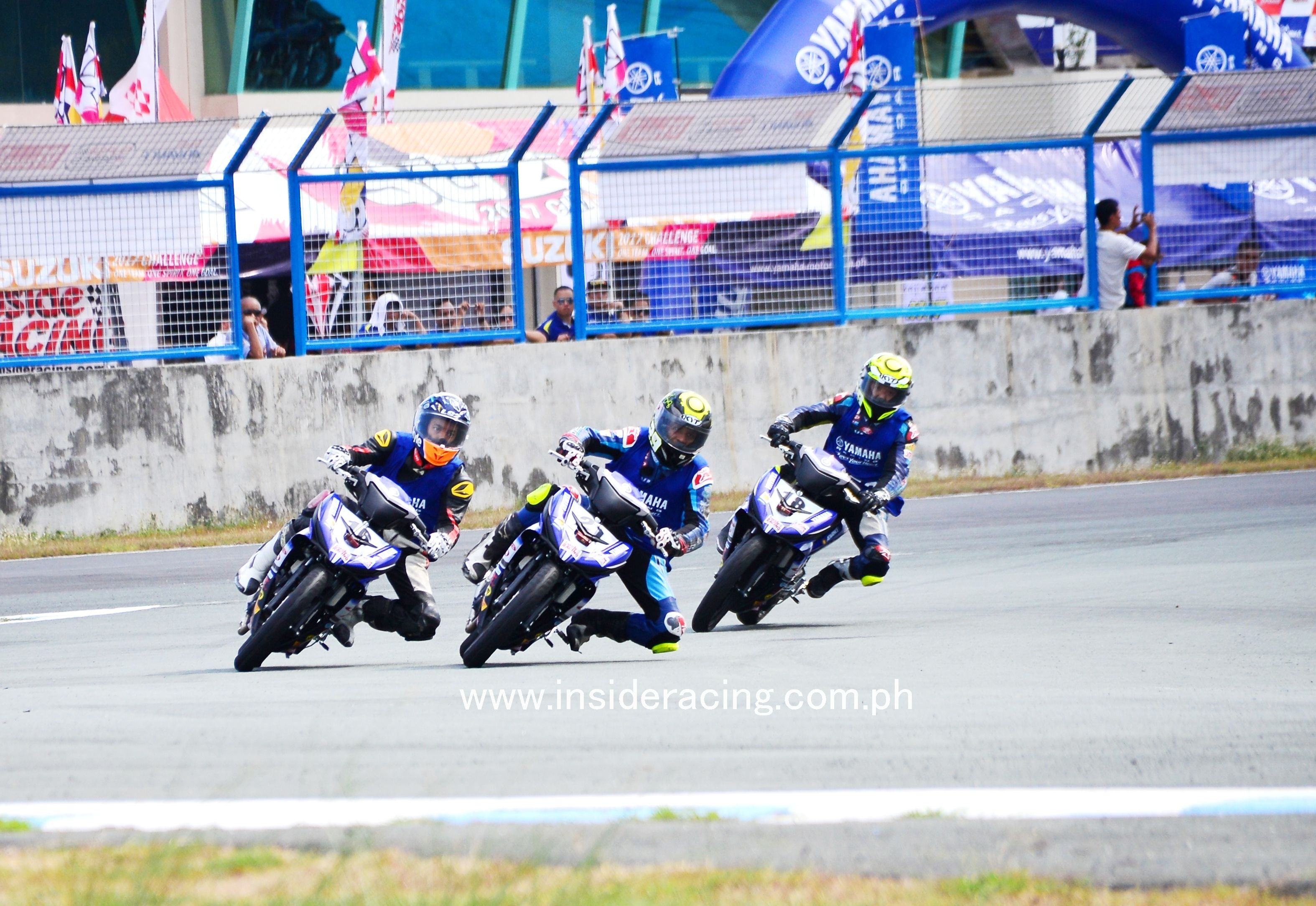 Paz who started on pole position took the holeshot of the 10-lap race. He was chased by the two Yamaha-Spec V riders and Mendez got the lead. The Phoenix Cyclomax-Yamaha-KOSO-Faito Racing Team rider managed to regain the lead while Mendez and Fernando stayed right behind him. With one lap left, Mendez got in front and his teammate Fernando advanced to second place while Paz dropped to third place. It was indeed a close race to the finish line and in the last lap, Paz was able to get the upper hand and win the thrilling race. Fernando crossed the finish line 0.023 seconds after Paz for a second place finish. Mendez finished third. 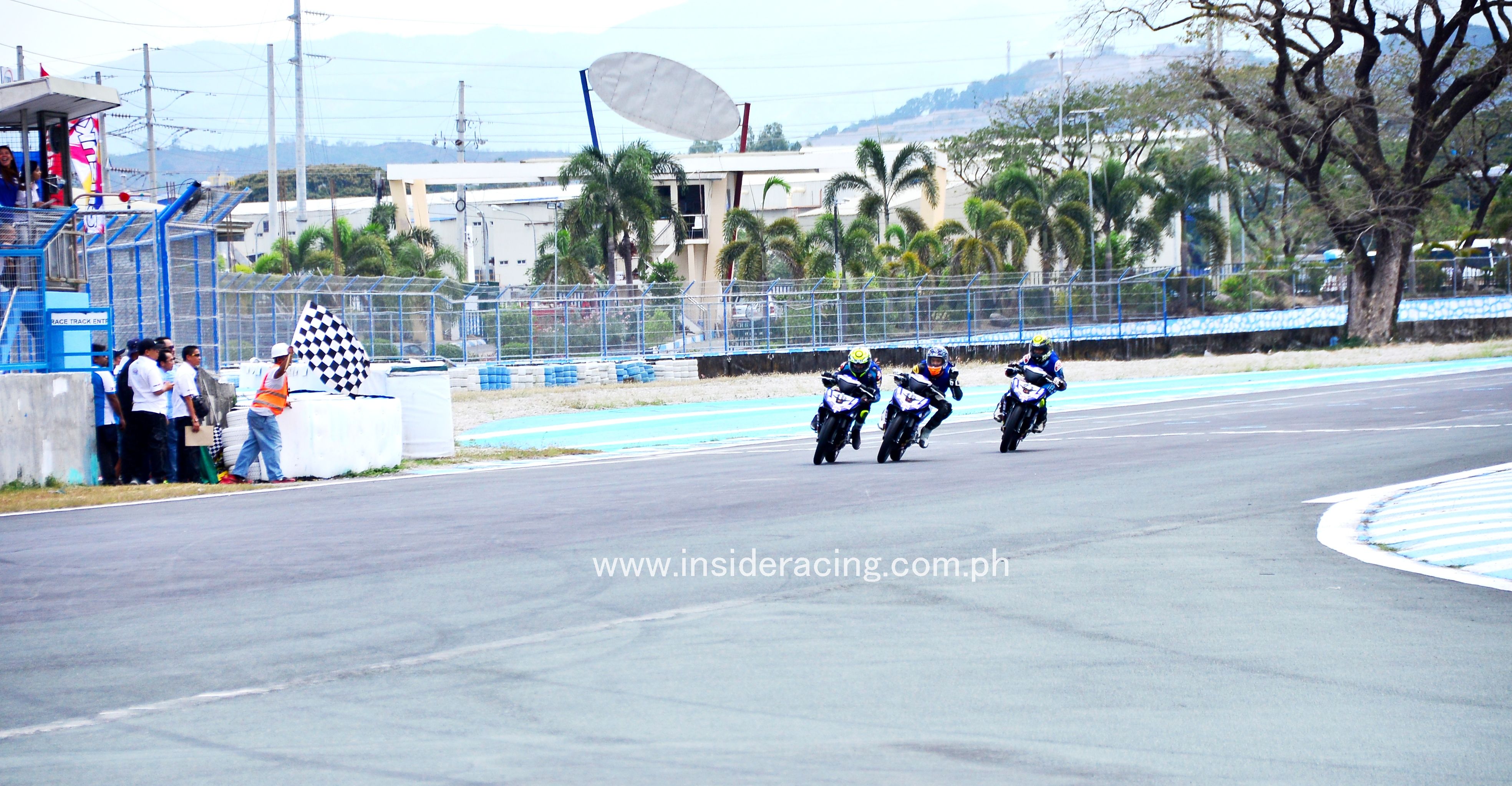 Paz (middle) prevails in close race to the finish line 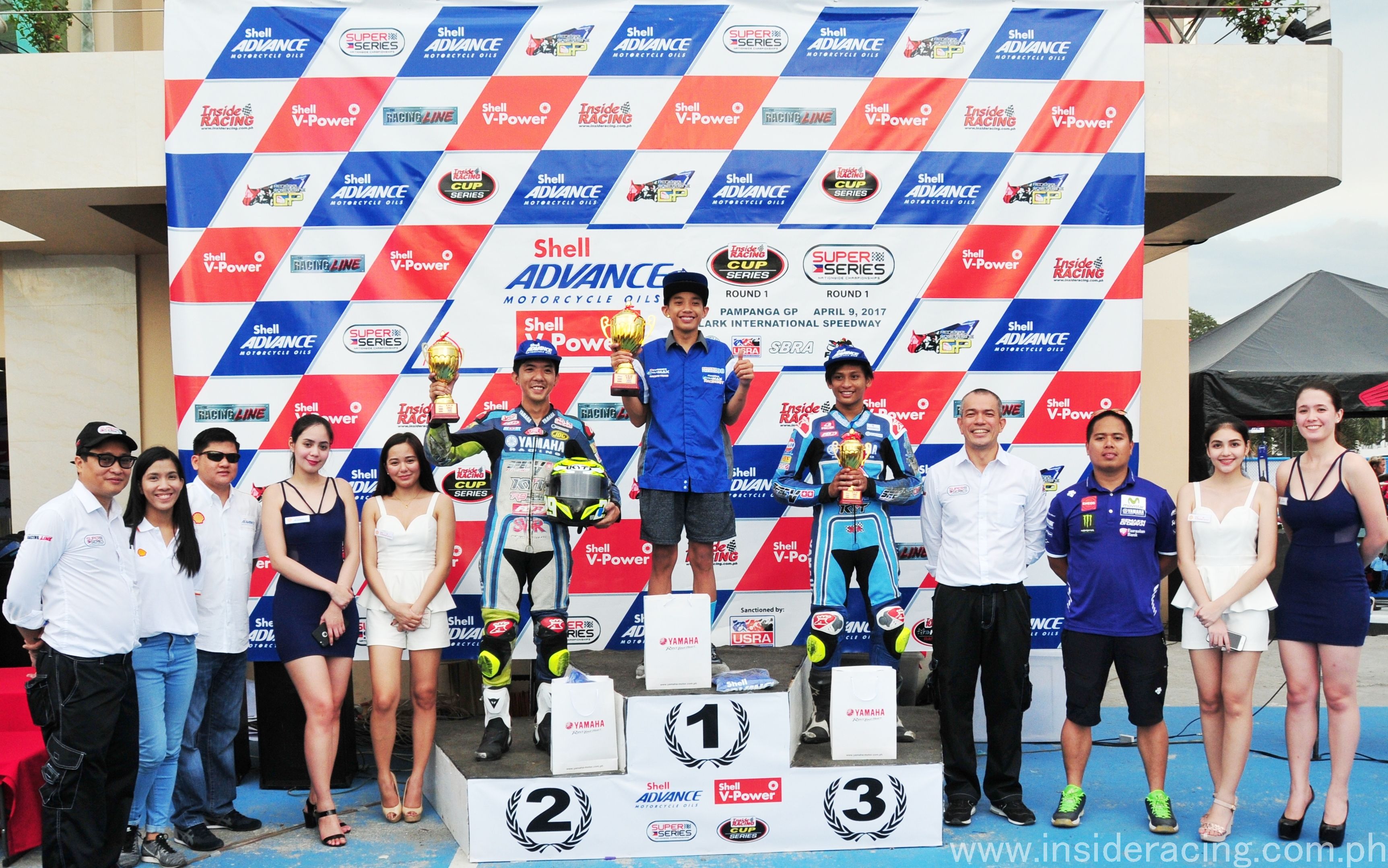 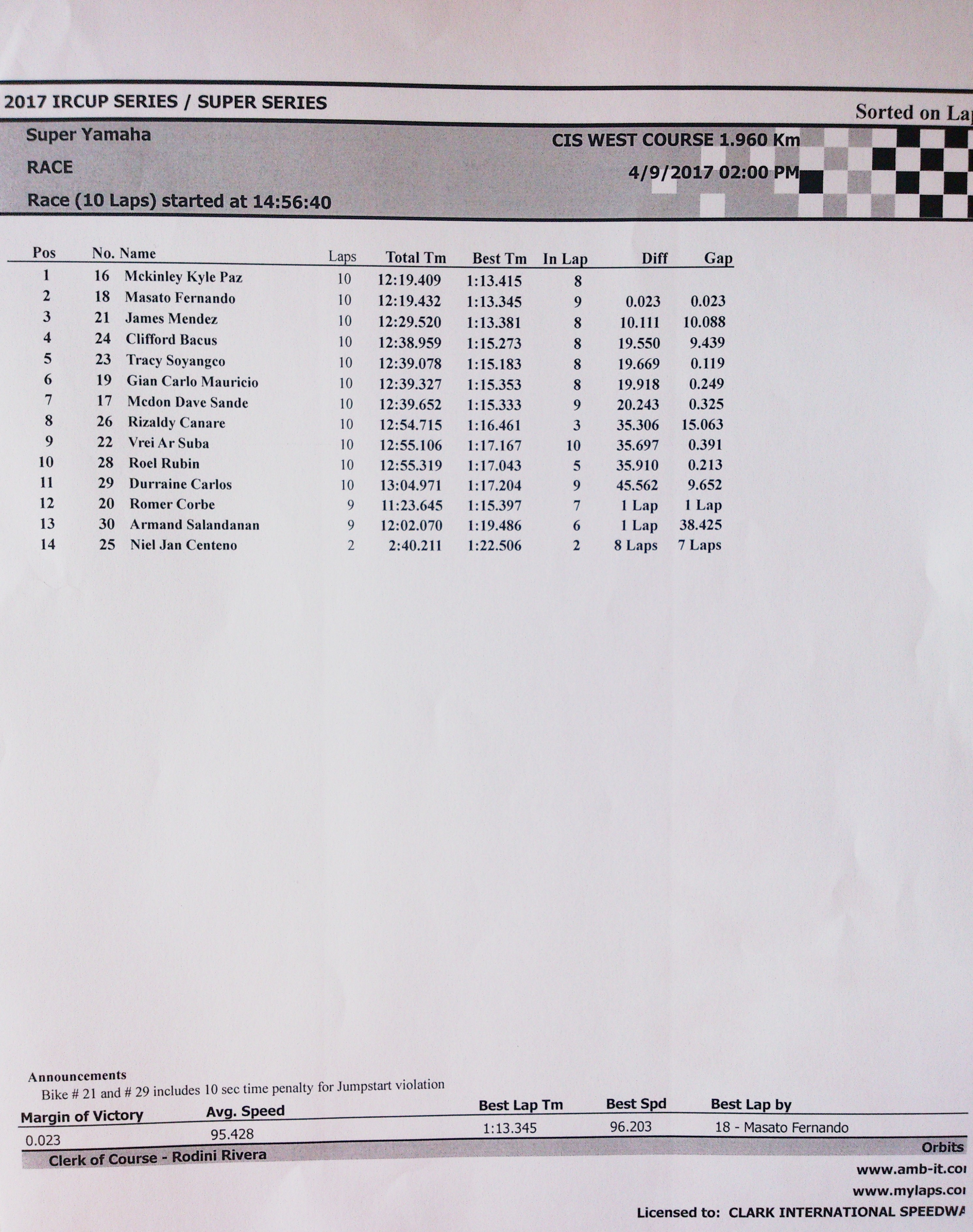 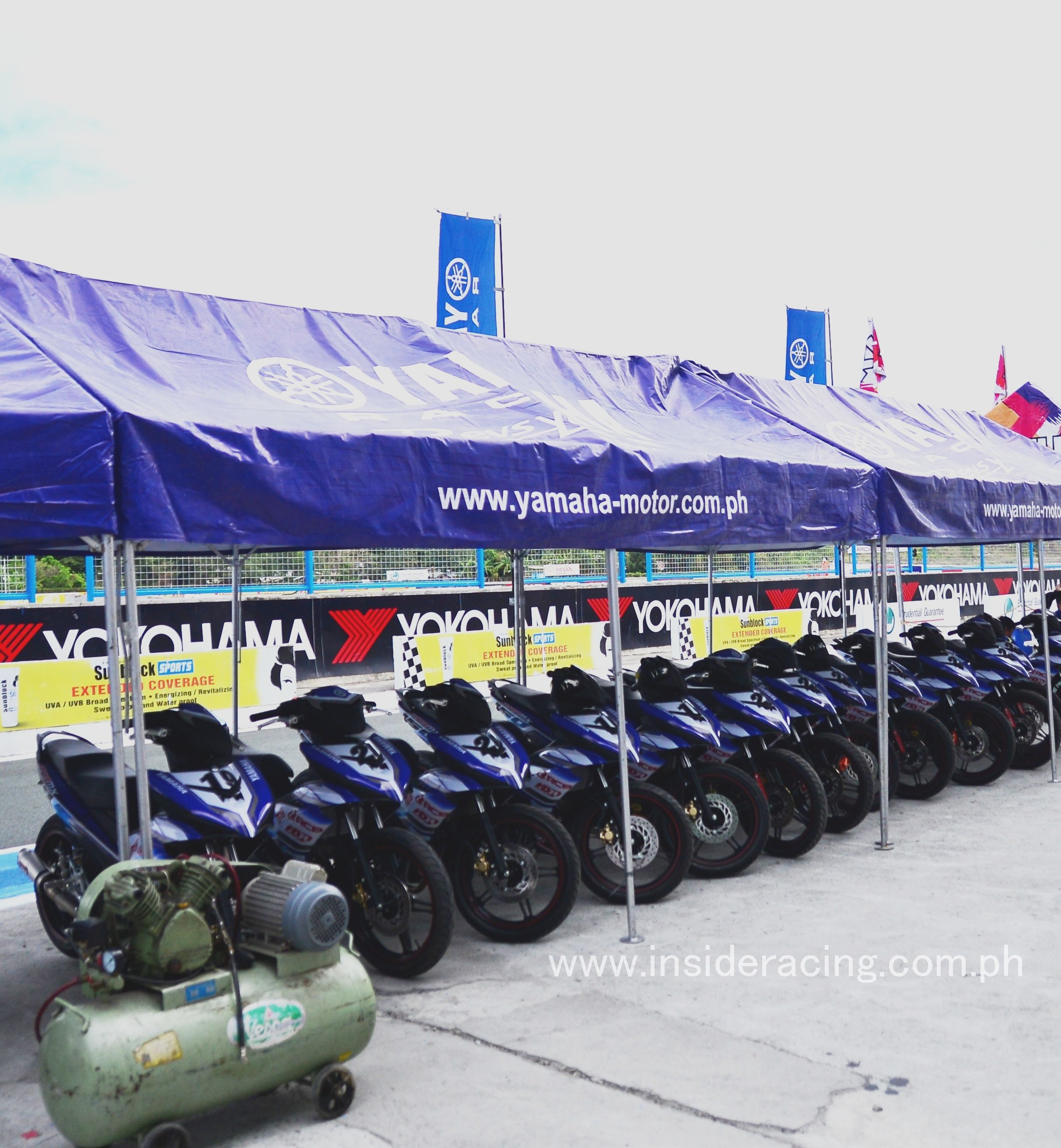 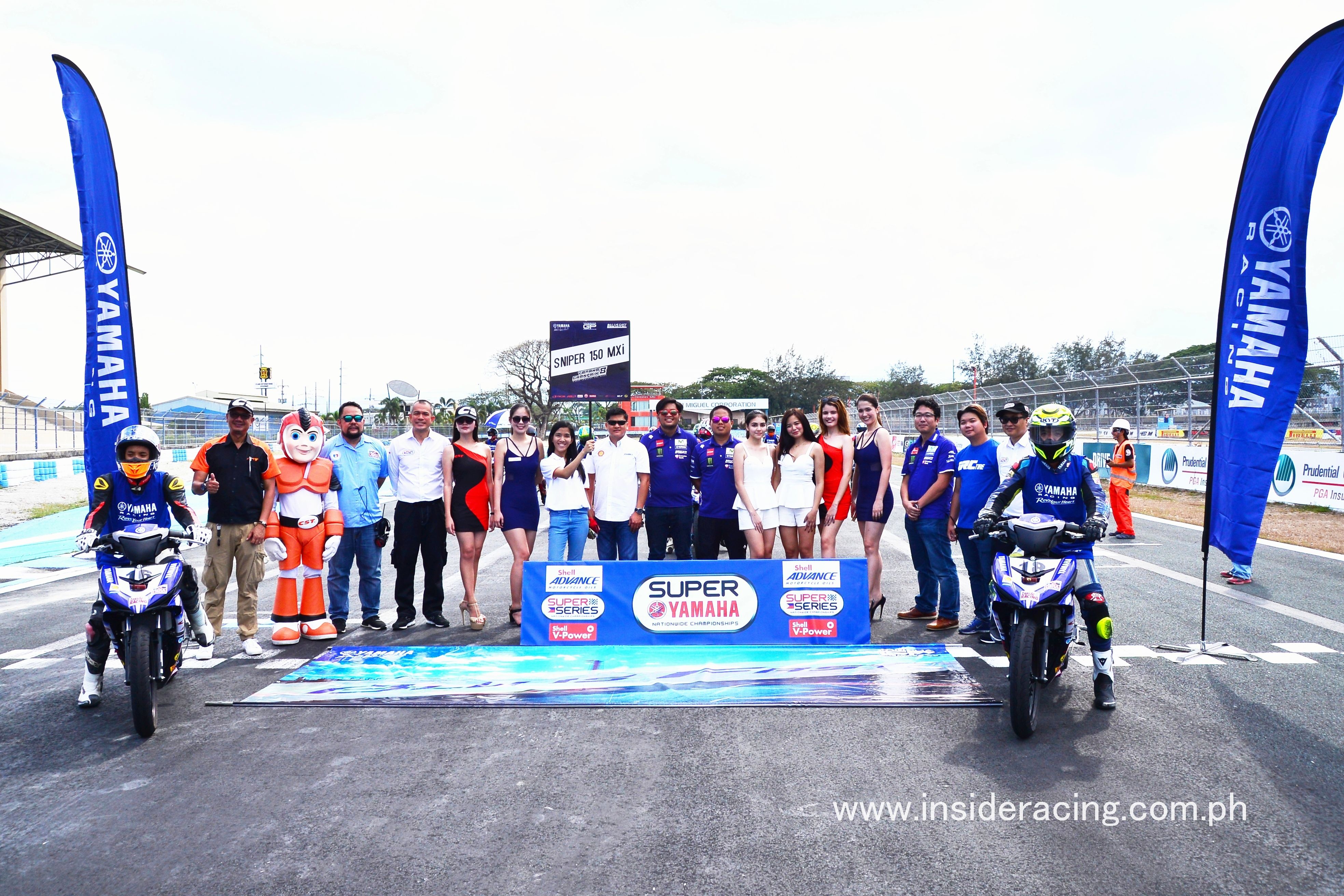 The Shell Advance Super Series Nationwide Championships Fueled by Shell V-Power is organized by InsideRACING and The Racing Line. It is sanctioned by PSC-recognized and FETAP member USRA (Unified Sports and Racing Association for Motorcycles, Inc.) and supported by CST Tires, FDR Tires, IRC Tires, Yamaha Motor Philippines, Suzuki Philippines and Honda Philippines. The second round of the series is on May 7 in Davao.