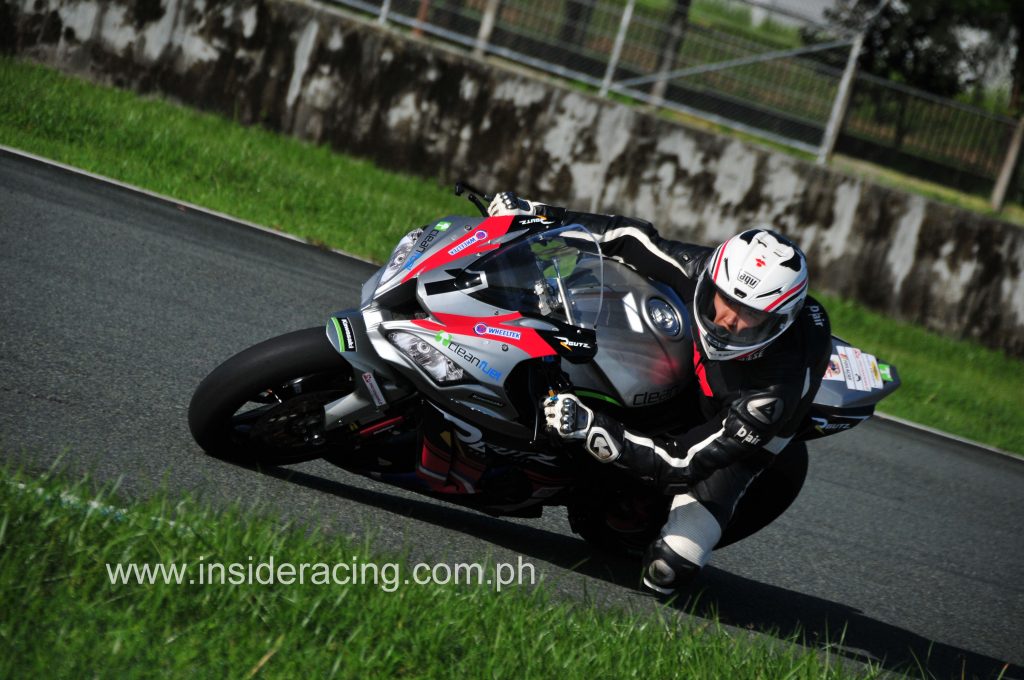 It was a brilliant showing for Raniel Resuello in Race 1 (Prefinal) of the Pirelli Philippine Superbike Championships’ 6th and final round at the 4.2-kilometer Clark International Speedway last October 2.

The RGutz-Wheeltek Racing Team Fueled by Clean Fuel Powered by Kawasaki rider from Tanay, Rizal led the 10-lap race from start to finish, impressively overcoming the pressure from Marvin Mangulabnan of BMW Motorrad-HGM who chased him up until the checkered flag. Resuello won the Expert class with a total time of 18:51.591s. Mangulabnan finished second while Dashi Watanabe of MotoradWRD-Kawasaki-Gulf placed third. In Race 2, Resuello had a good performance again and finished third.

Resuello suffered from an unfortunate crash which caused him a fractured wrist at the beginning of the 2016 PSBK season back in April. Despite his setback, Resuello and his team kept their spirits and finally got a podium finish in the third round in July wherein he finished third in Race 1. The momentum went on in the fourth round as Resuello had 2nd and 3rd place results and in the fifth round wherein he finished third in both races. The much awaited victory was taken by the RGutz-Wheeltek Racing Team Fueled by Clean Fuel Powered by Kawasaki in the final round.

The RGutz-Wheeltek Racing Team Fueled by Clean Fuel Powered by Kawasaki was founded by Raniel Resuello together with actor and sportsman Richard Gutierrez. Resuello raced on board a Kawasaki ZX-10R race bike courtesy of Wheeltek in the 2016 PSBK season wherein he ranked fourth overall in the Rider of the Year standings and third overall in the Expert class.