Not getting the pole position was not a problem for young rider Jakob Sablaya who went on to win the Super Suzuki Raider Carb 10-lap race at the Carmona Race Track during the opening round of the Shell Advance Super Series Nationwide Championships. 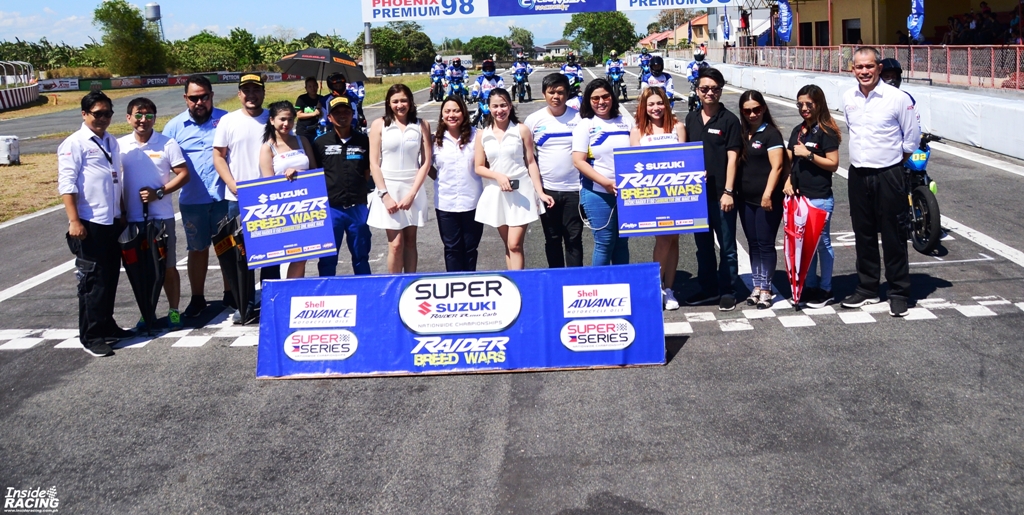 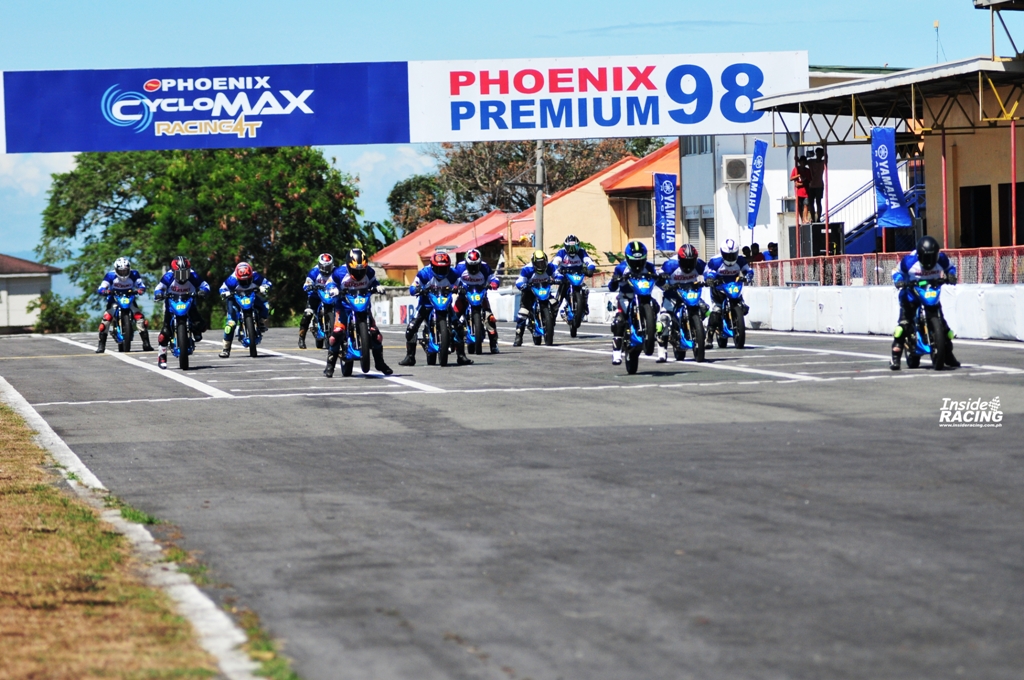 Sablaya started second at the grid but remarkably took the lead in a short while after their takeoff. The young racer topped the race and had a 3.450s margin of victory over Mark Djereck Ondillo of Team Suzuki-VMan who started in pole position.  Ondillo placed second in the race while Wyner Blente finished third. Aside from winning the race, Sablaya was the rider who got the 52.123s best lap time of the race. 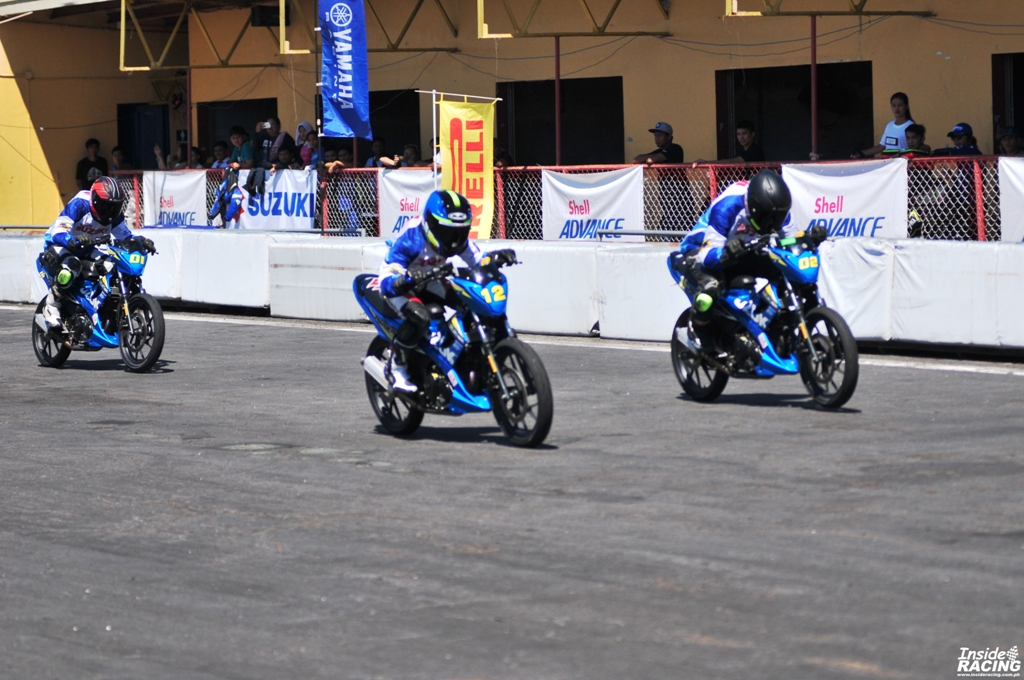 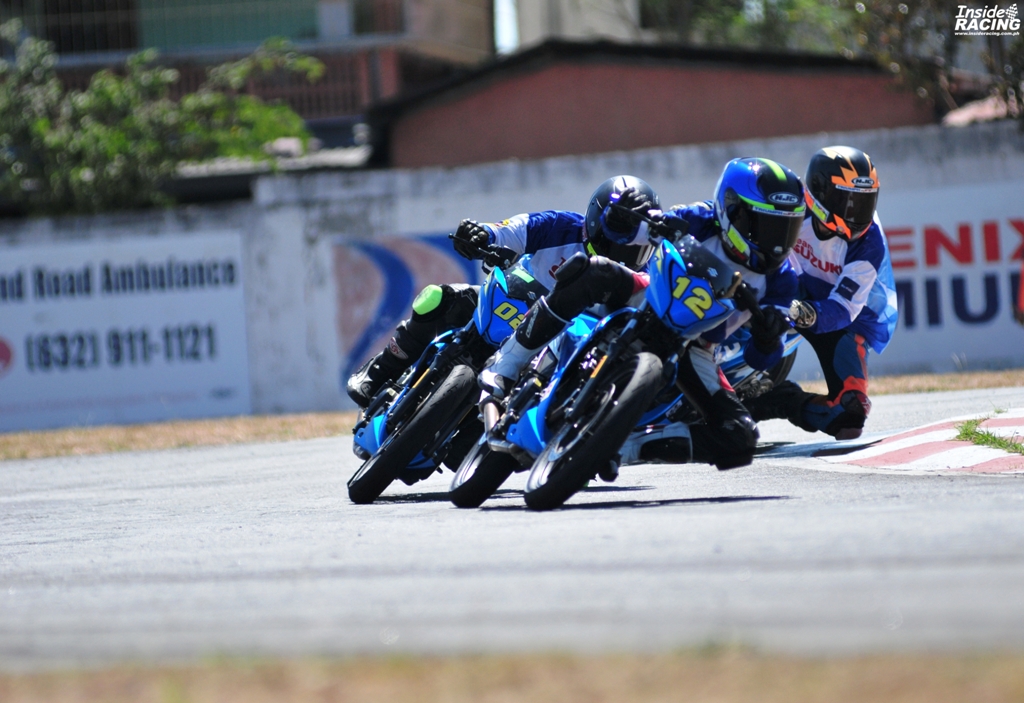 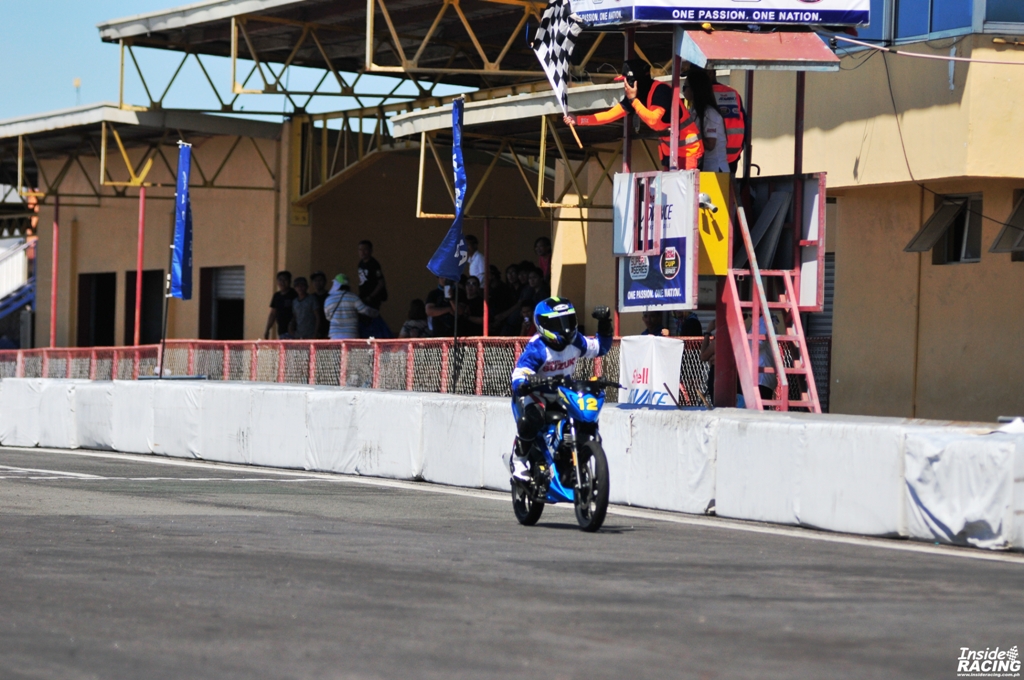 Jakob Sablaya raises his hand as he won the race 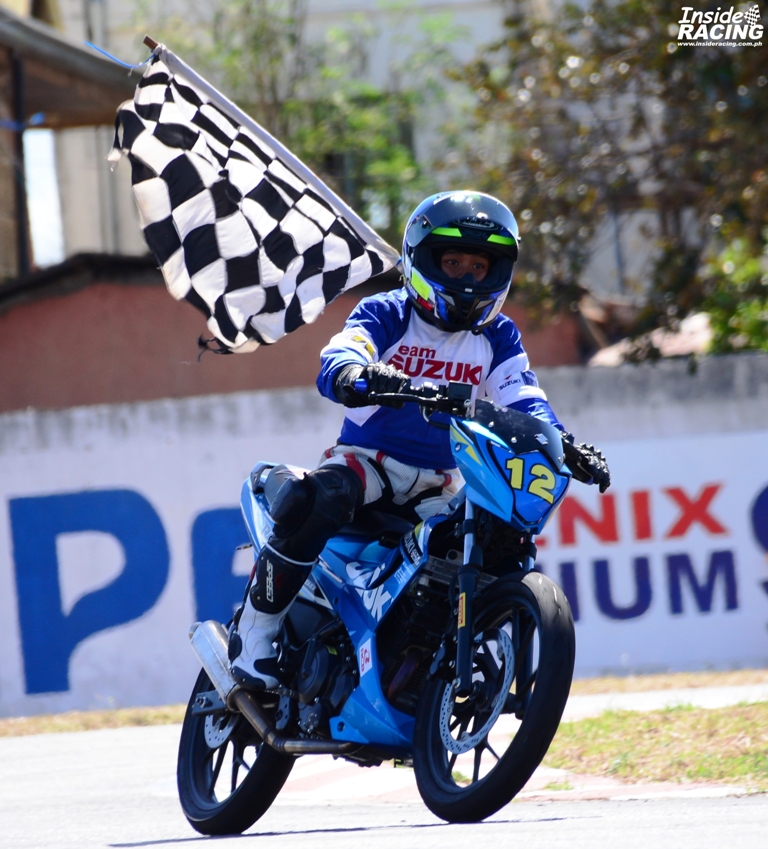 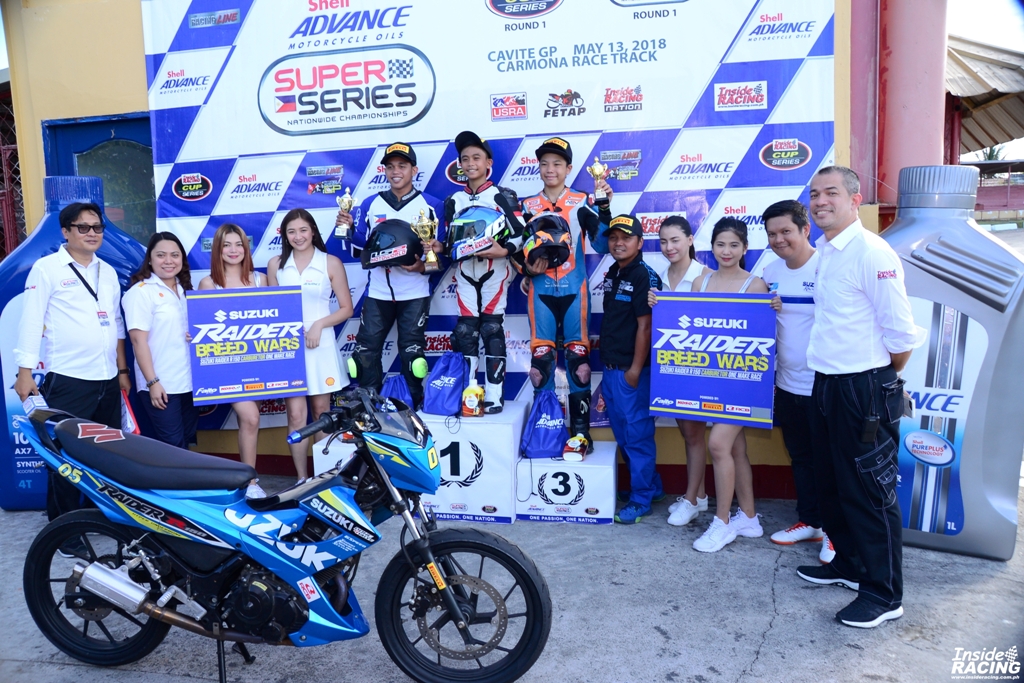 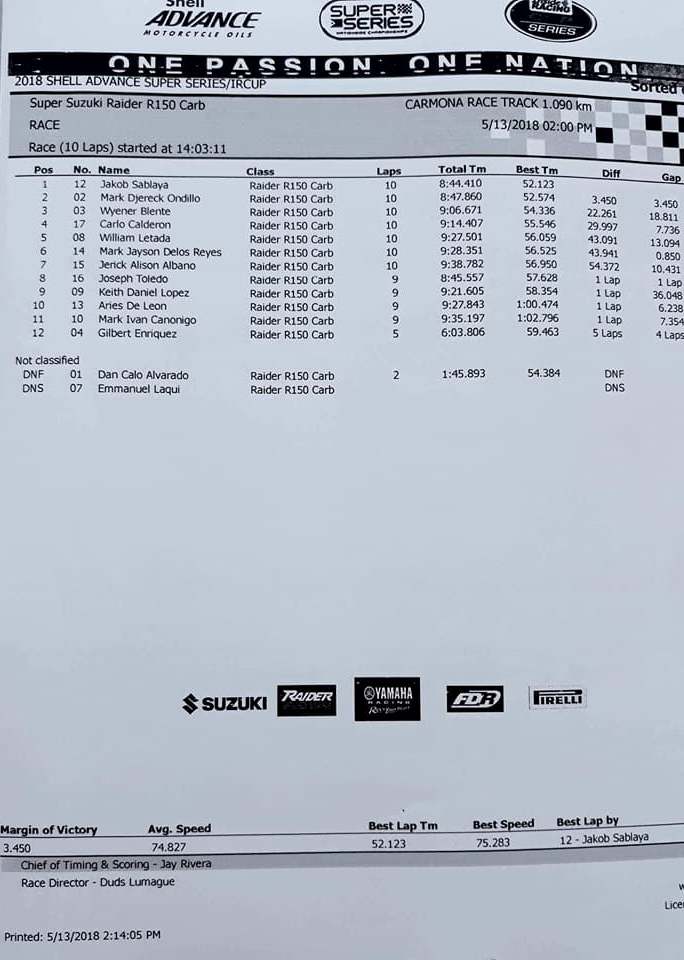