The Super Suzuki race at the Carmona Race Track last October 8 featured 16 riders. On board Suzuki Raider R150 motorcycles provided by Suzuki Philippines, the riders engaged in a 10-lap race. 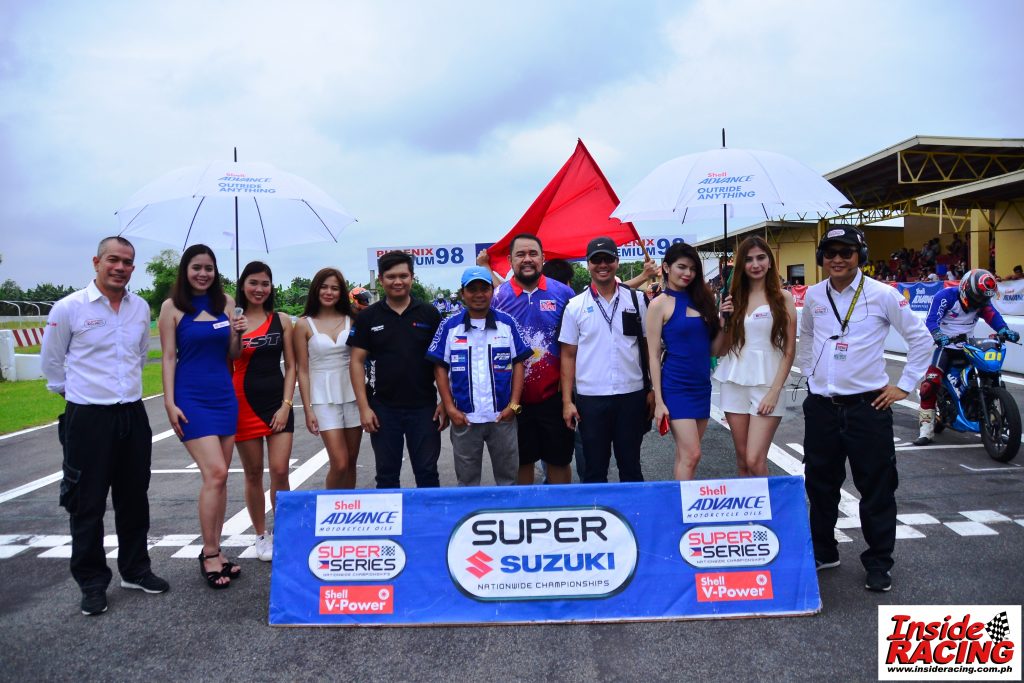 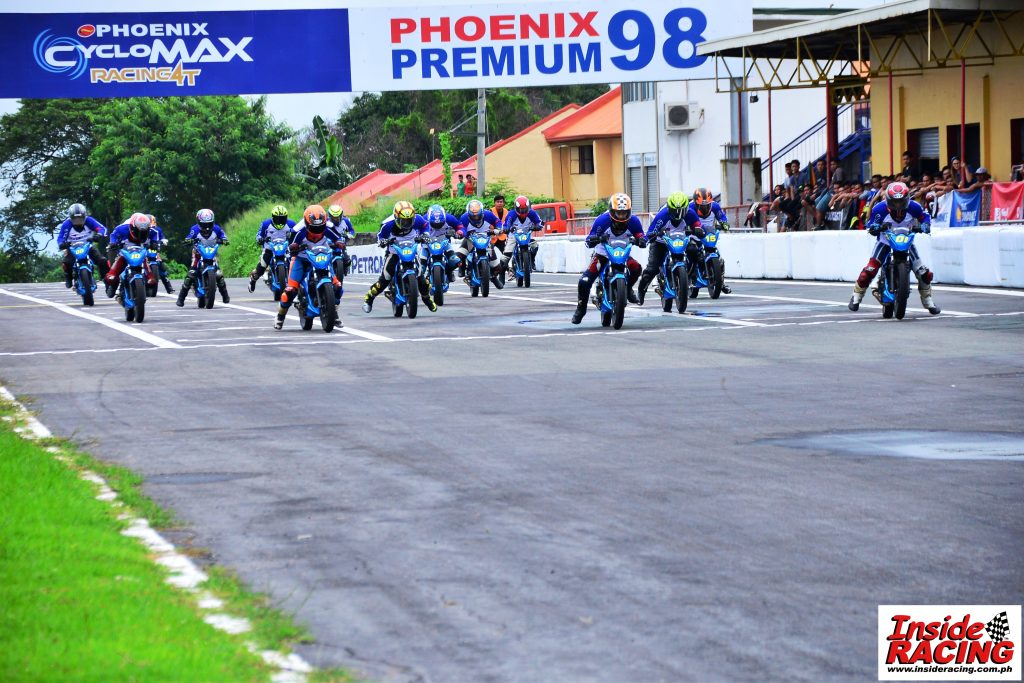 SGK Racing Team’s Kerwin Chang on pole position led the race and he was pursued by Clifford Bacus who managed to take the lead. Bacus of FaderNSun racing team pulled away for some time until eventually he was challenged by Gian Carlo Mauricio of JVT. 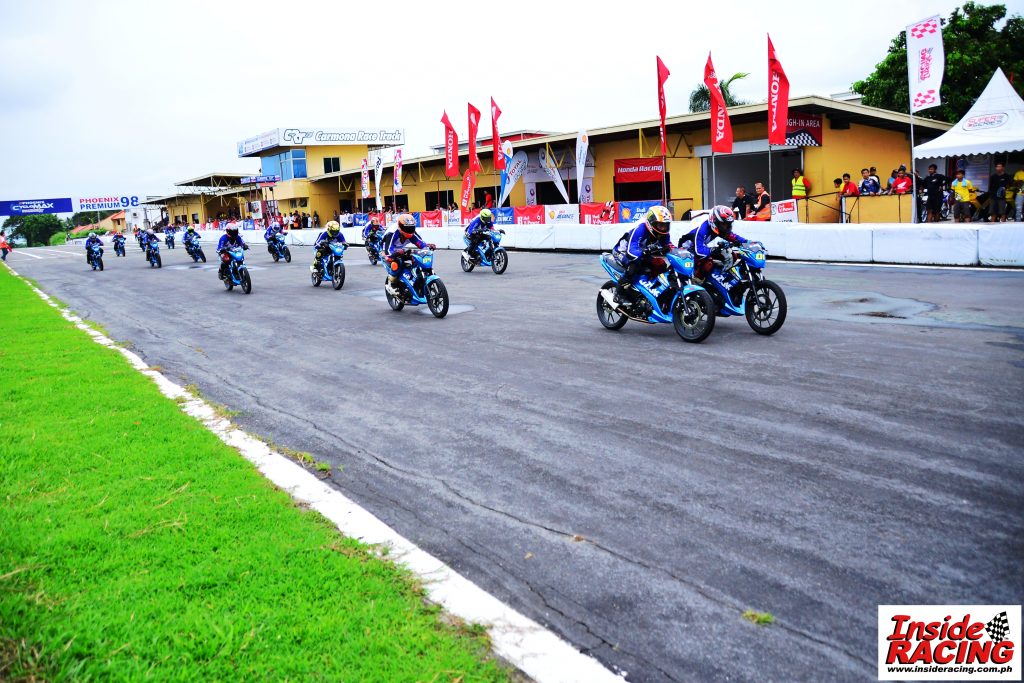 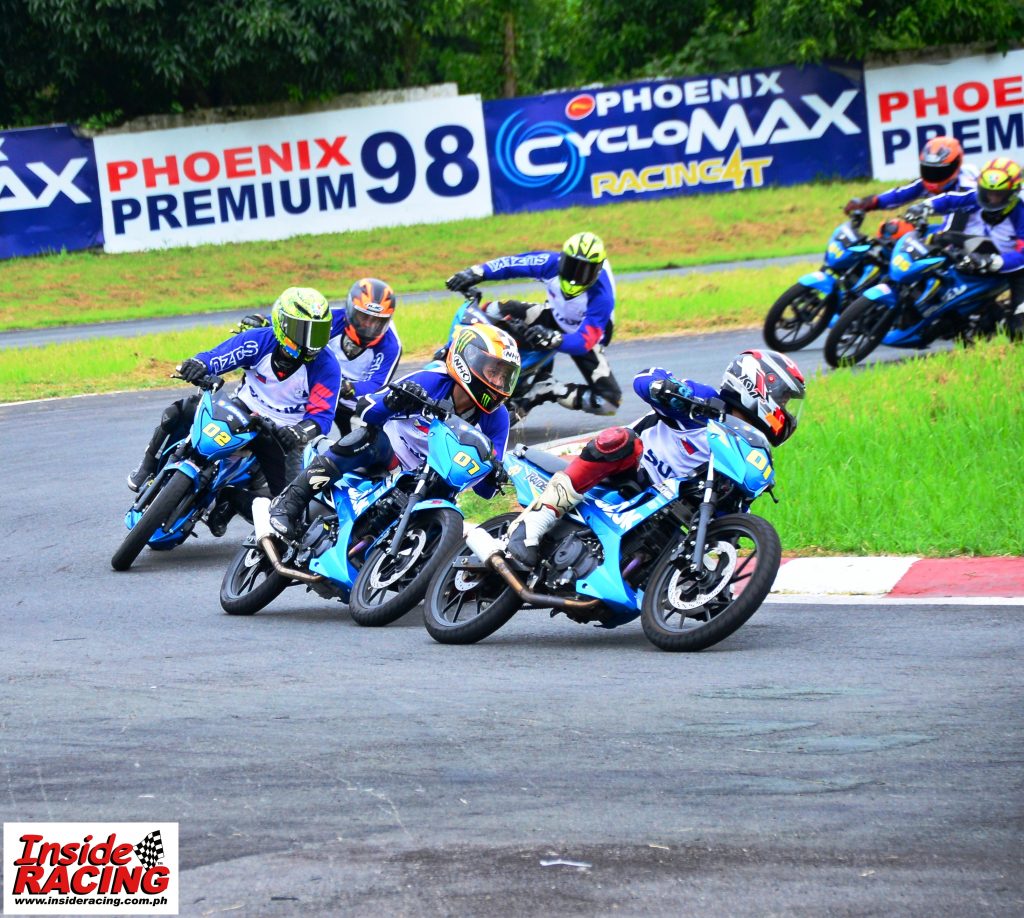 The tight fray between Bacus and Mauricio went on until the final lap. Mauricio overtook Bacus in the last lap. Bacus tried to rally back but unfortunately he crashed leaving Mauricio to take the win. 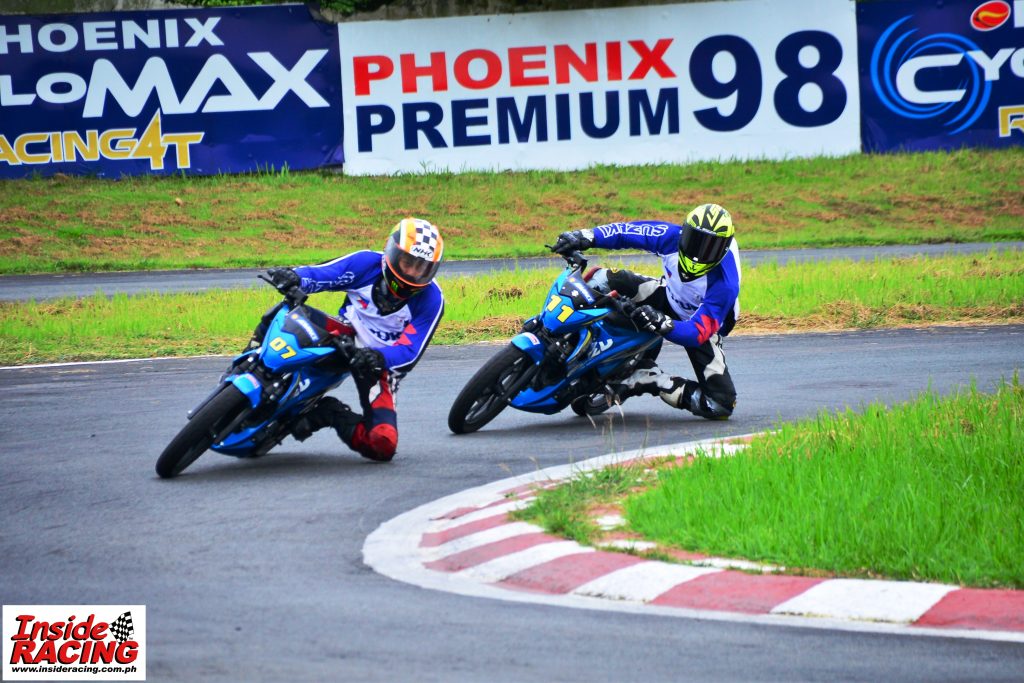 Lead taken by Bacus (07). Following him is Mauricio. 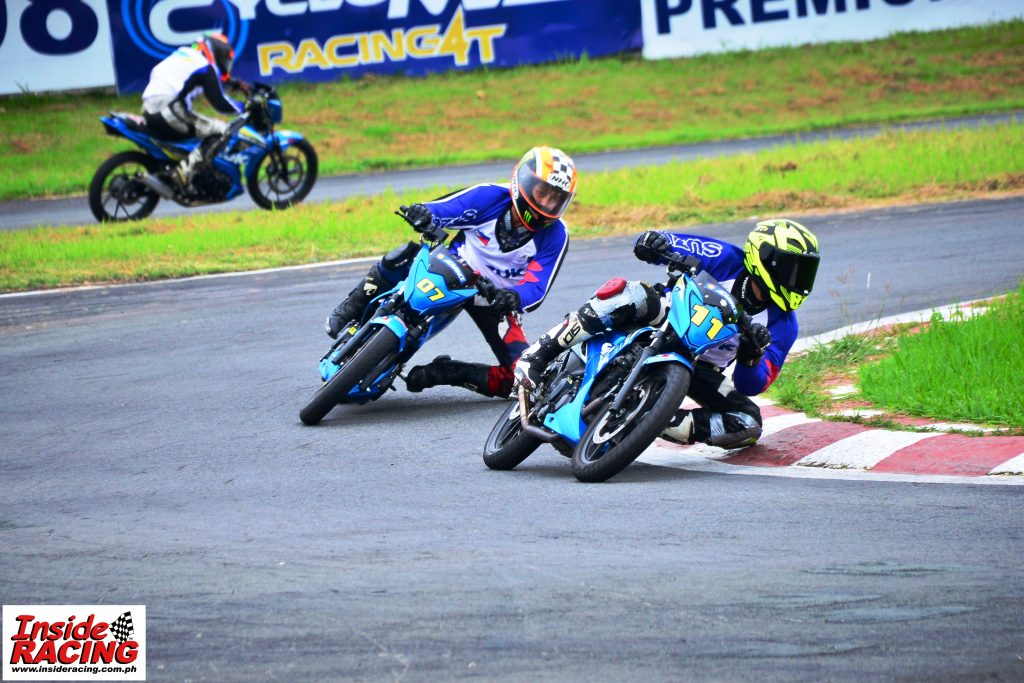 Gian Carlo Mauricio (11) gets in front 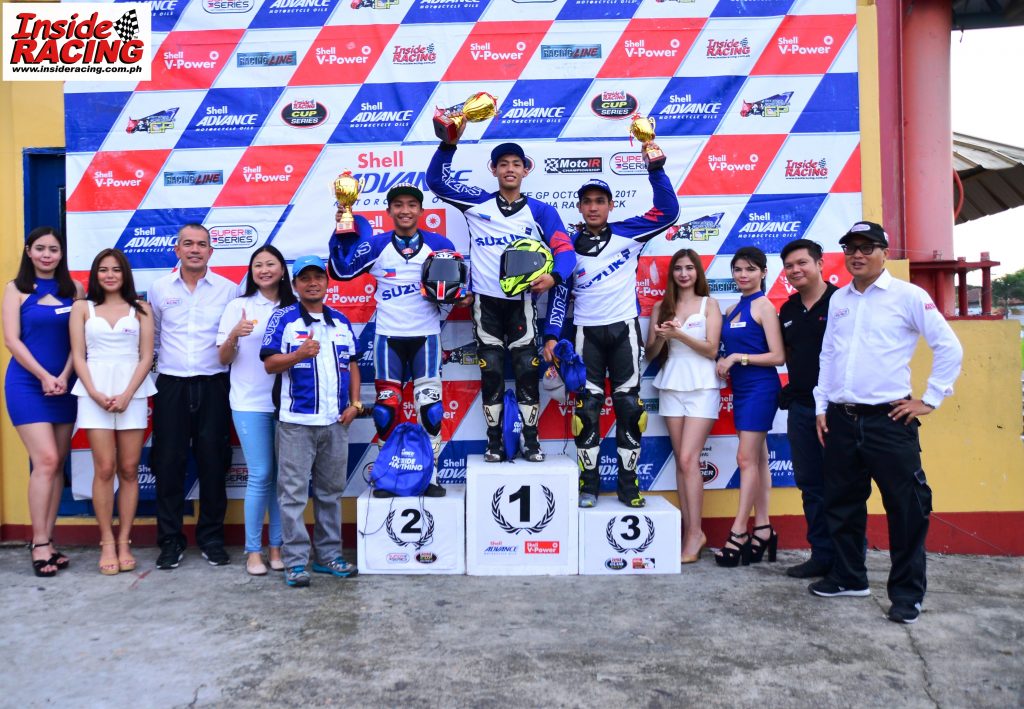 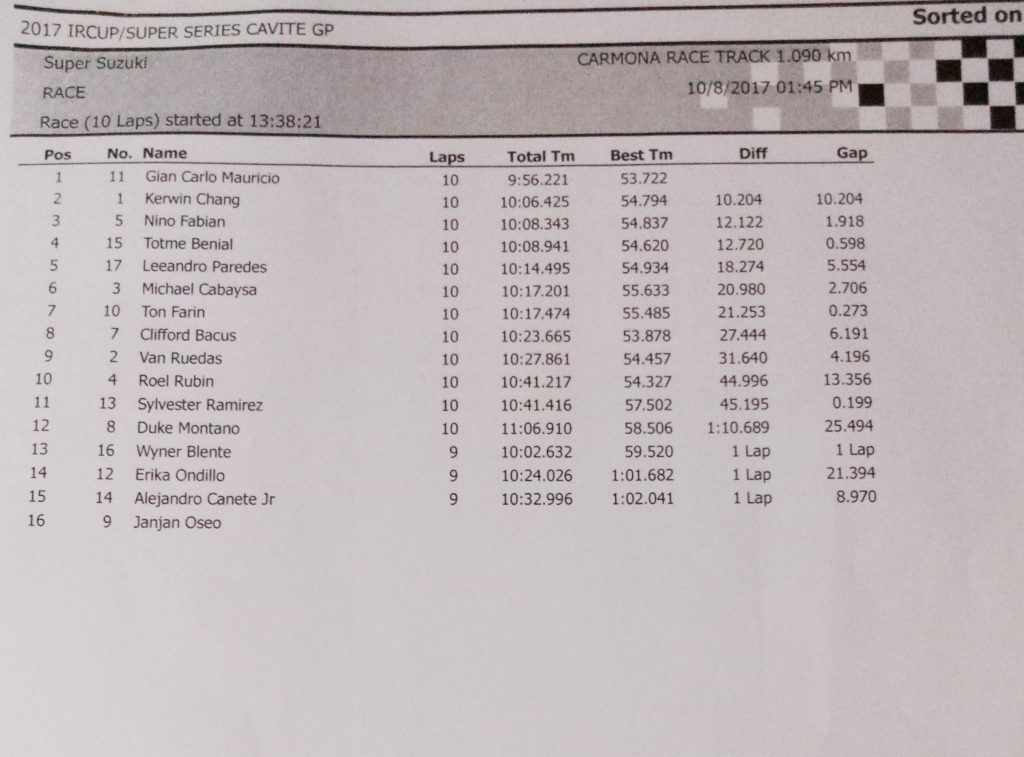 Bacus despite not winning the race still leads the Super Suzuki point standings heading into the final round this October 22 at the Cebu Kartzone.

The Super Suzuki class is part of the Shell Advance Super Series Nationwide Championships Fueled by Shell V-Power. The Super Series which is now on its second year is supported by Shell Advance, Shell V-Power, Honda Philippines, Suzuki Philippines, FDR Tires, IRC Tires and CST Tires. It is sanctioned by the Unified Sports and Racing Association for Motorcycles, Inc. (USRA) and organized by InsideRACING and The Racing Line.