Masato Fernando of Yamaha-Spec V has been racing and winning in Antipolo years ago.  “The Chairman” was victorioius in the said city once again this year as he ruled the Super Scooter class of the Shell Advance Super Series Antipolo GP, the fifth round of the series. 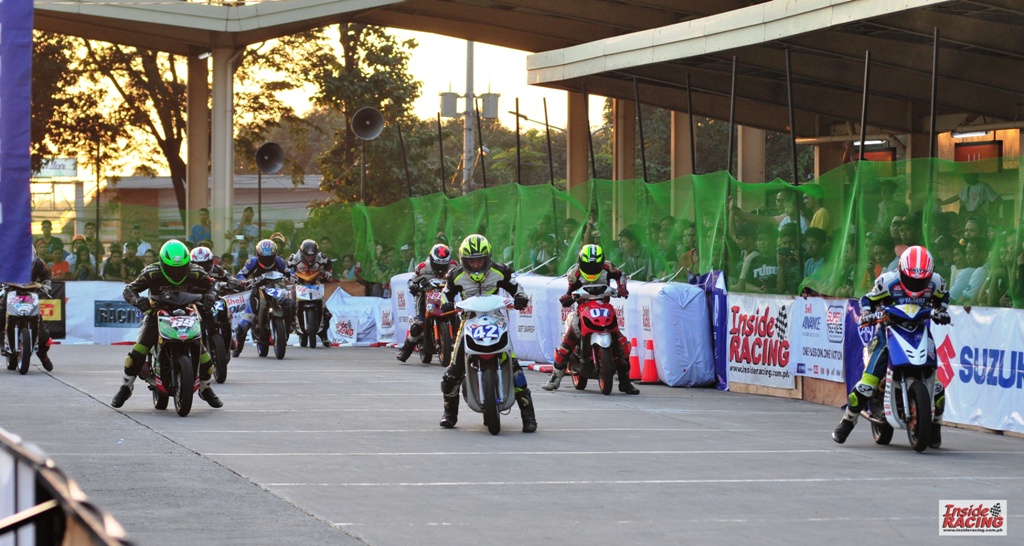 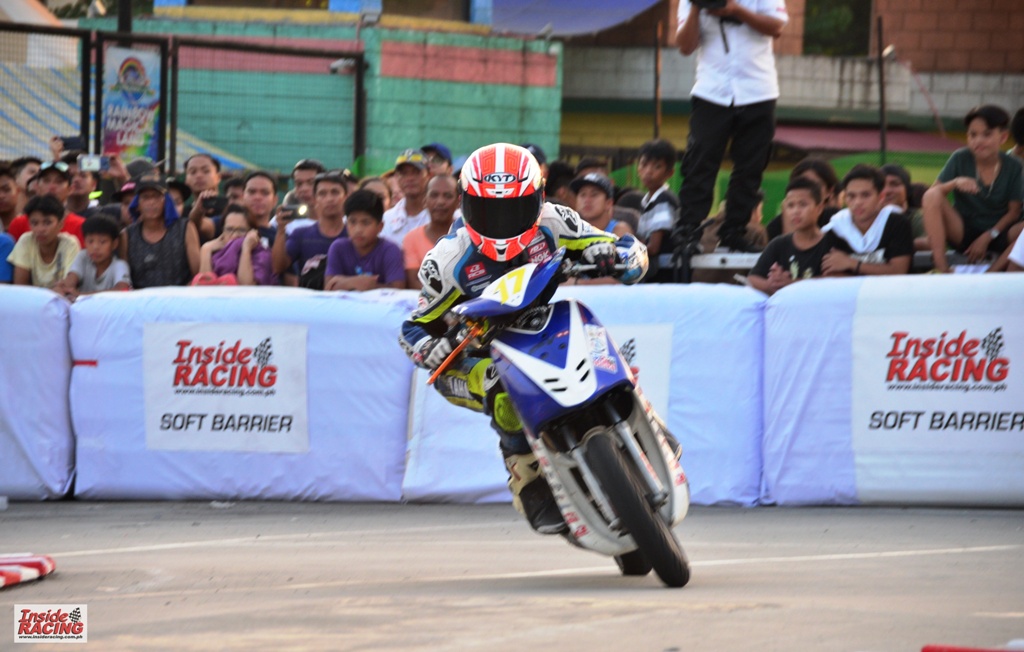 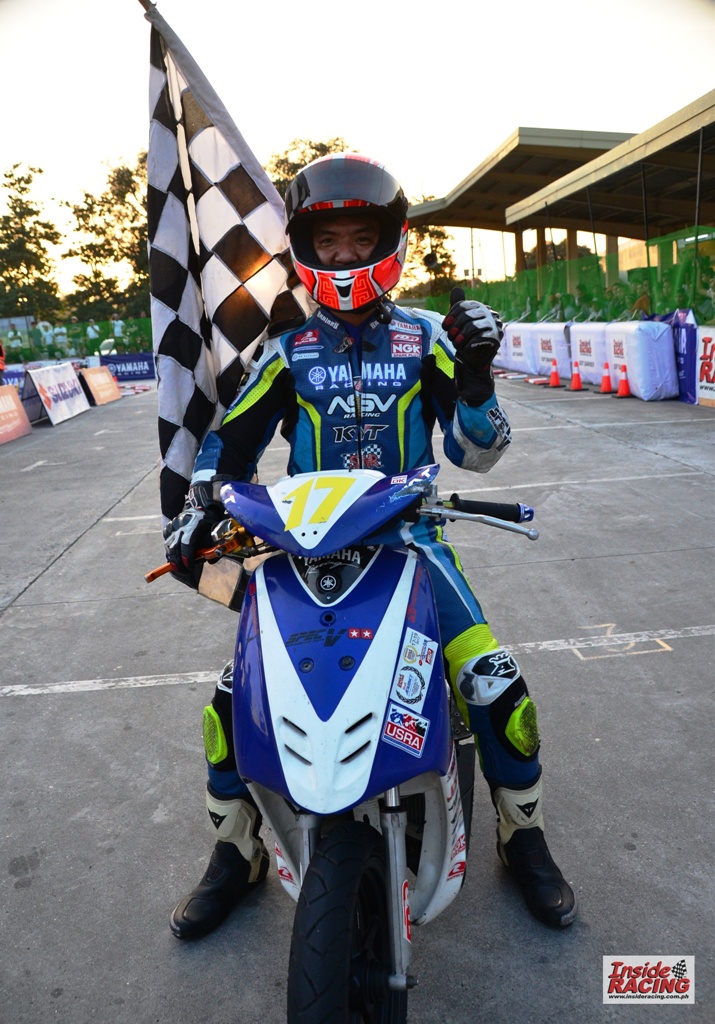 Fernando started in pole position last September 30. The Yamaha-Spec V rider was seamless from start to finish of the Super Scooter race to the delight of his fans and the crowd at Robinsons Place Antipolo. 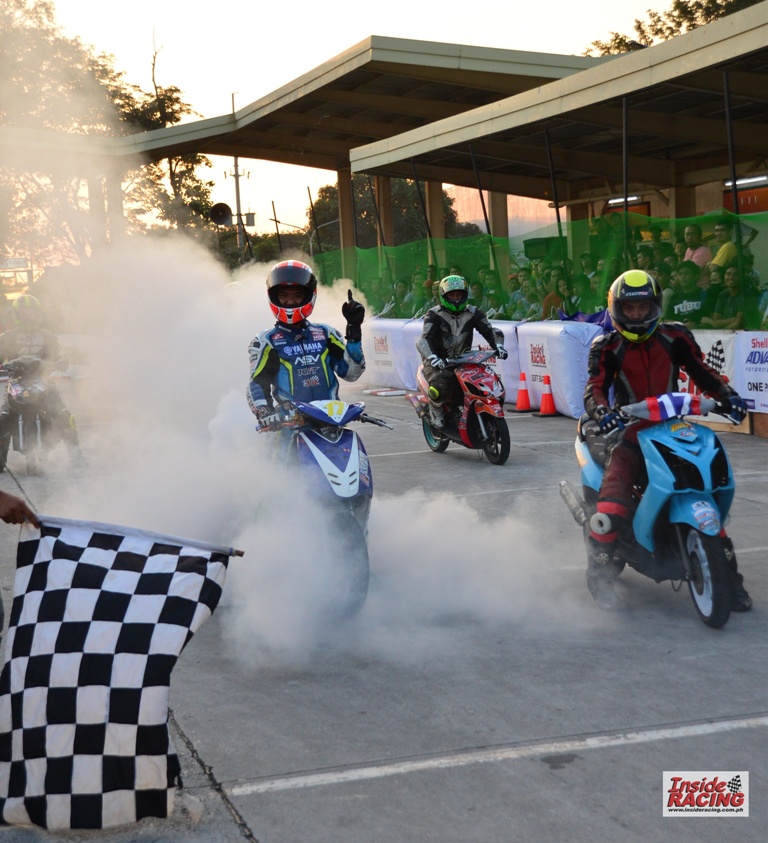 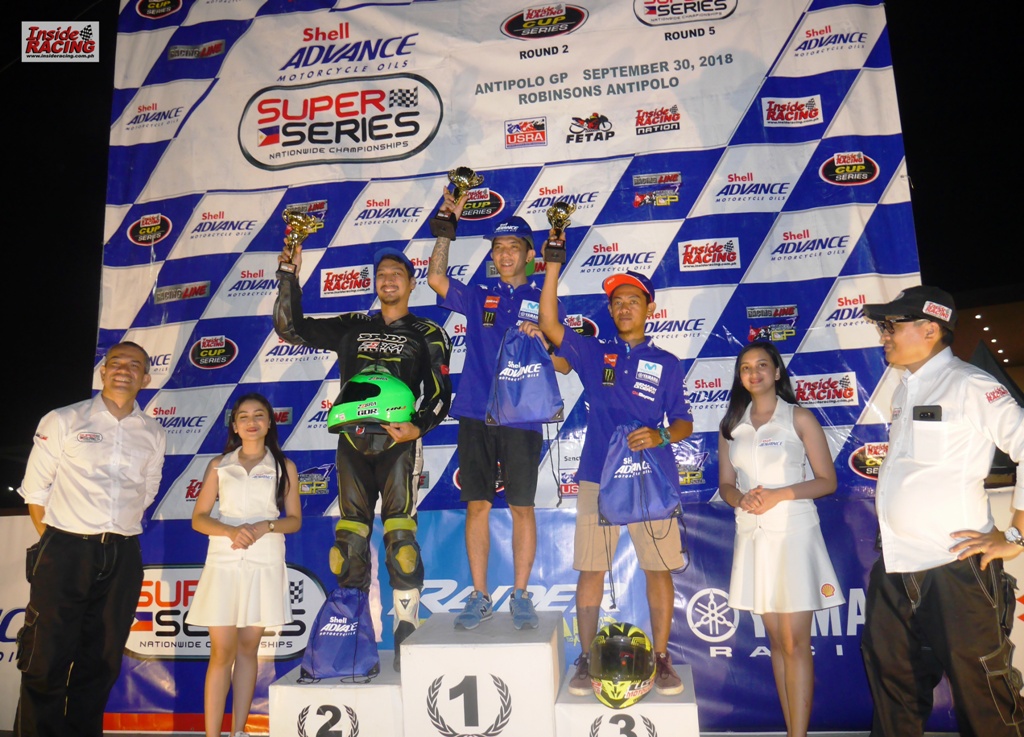 Zebra-MLW rider Dustin Esguerra finished second while Dan Carlos of Yamaha-323 who came all the way from Bukidnon placed third. Esguerra and Carlos are vying for this year’s Super Scooter overall championship title and heading into the final round, Esguerra has only a 2.5-point lead over Carlos. 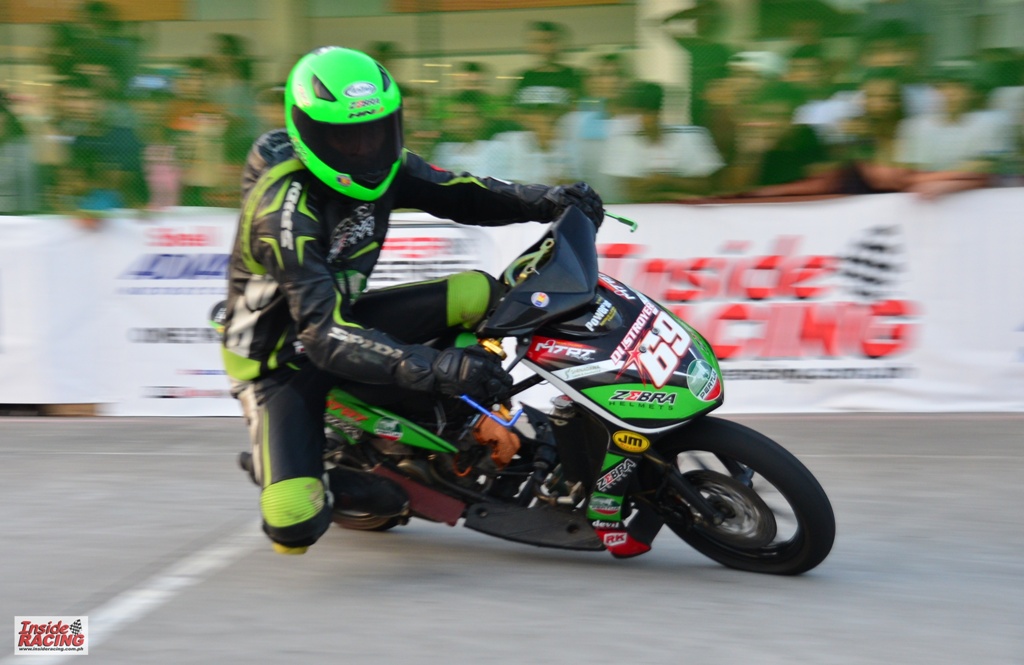 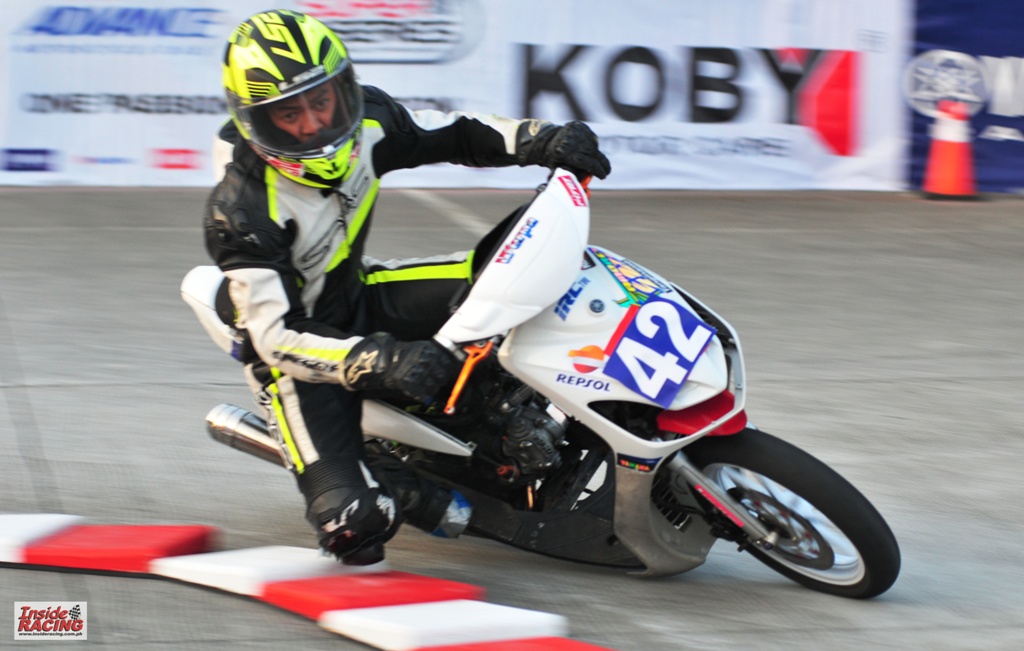 Dan Carlos of Yamaha-323 from Bukidnon

The Super Scooter class ran together with the 160 Automatic Elite class of the Shell Advance IR Cup Series which had its second round. The said category  features intermediate and expert riders. Ellijah Olayvar from Antipolo clinched the win in the 160 Automatic Elite class. Joining him in the podium were second placer Gerald Cruz and third placer  Tracy Gaddi.  Roel Rubin finished fourth while Mickey Mazo placed fifth and Mokoy Ancheta  ended up at sixth place. Aldeine Valencia placed seventh. 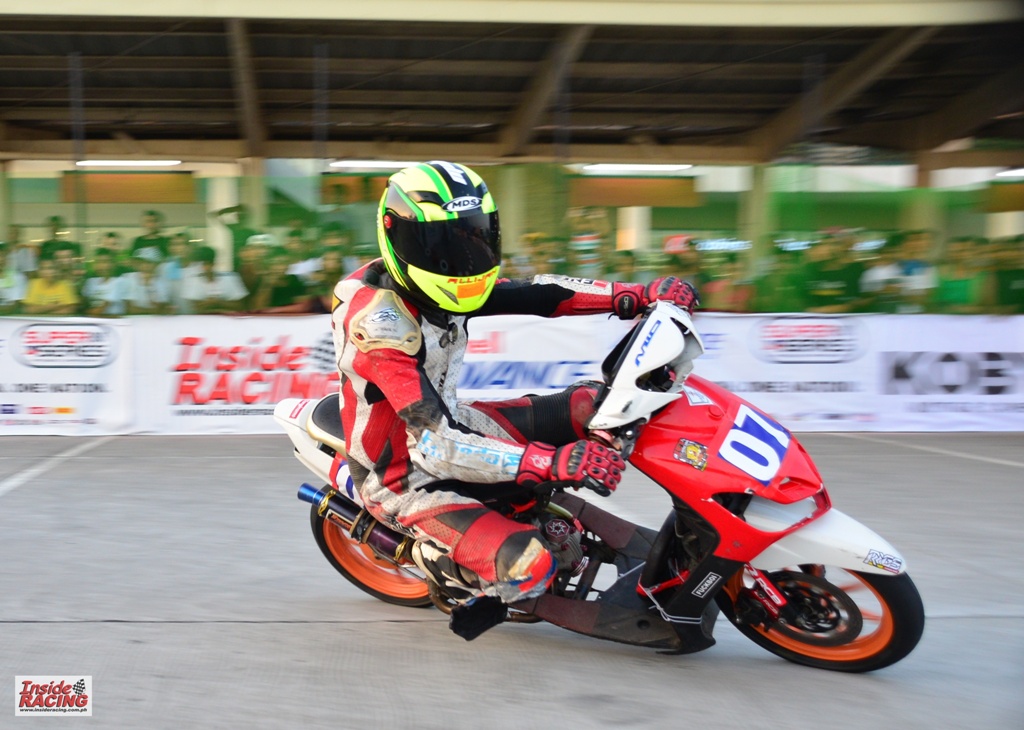 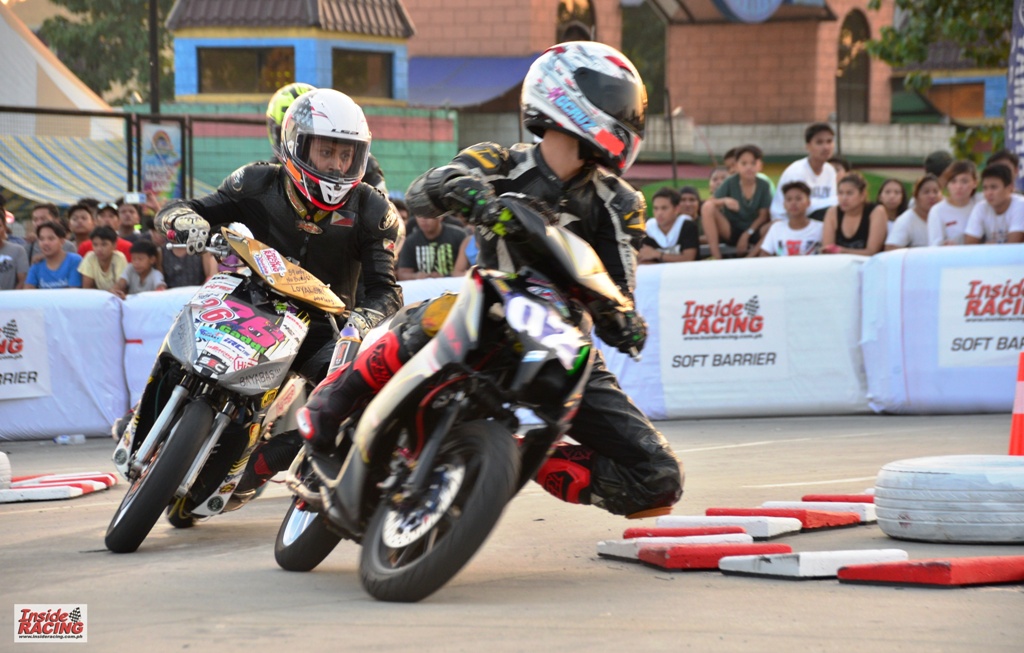 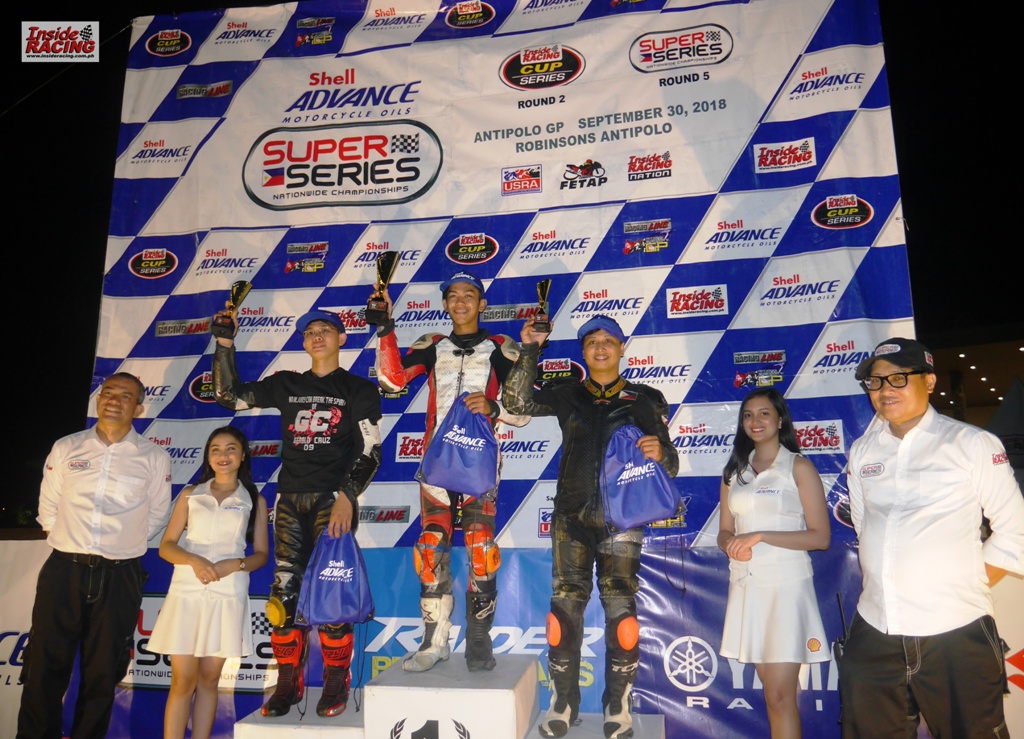 Sixth and final round of the Super Series and third and final round of the IR Cup is on October 28 at the Megatent in Libis. Supported by Shell Advance, Yamaha Motor Philippines, Suzuki Philippines, FDR Tires and Pirelli Tires, the Super Series Nationwide Championships is organized by InsideRACING and The Racing Line. It is sanctioned by USRA (Unified Sports and Racing Association for Motorcycles, Inc.). 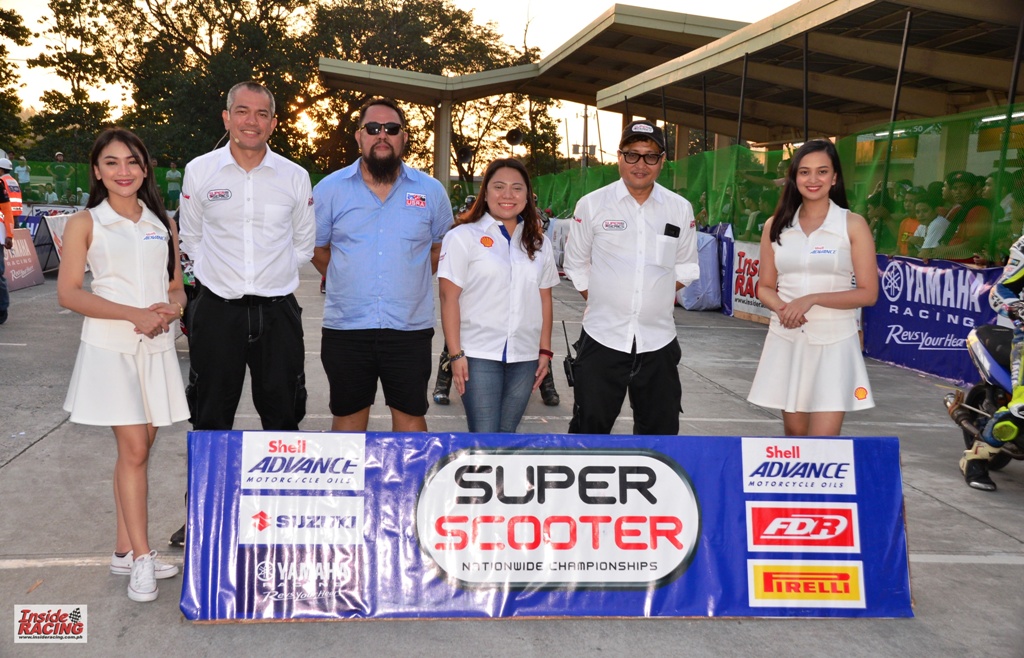