The Bacolod Baywalk was the venue for the third round of the Shell Advance Super Series Nationwide Championships organized by InsideRACING and The Racing Line and sanctioned by USRA. 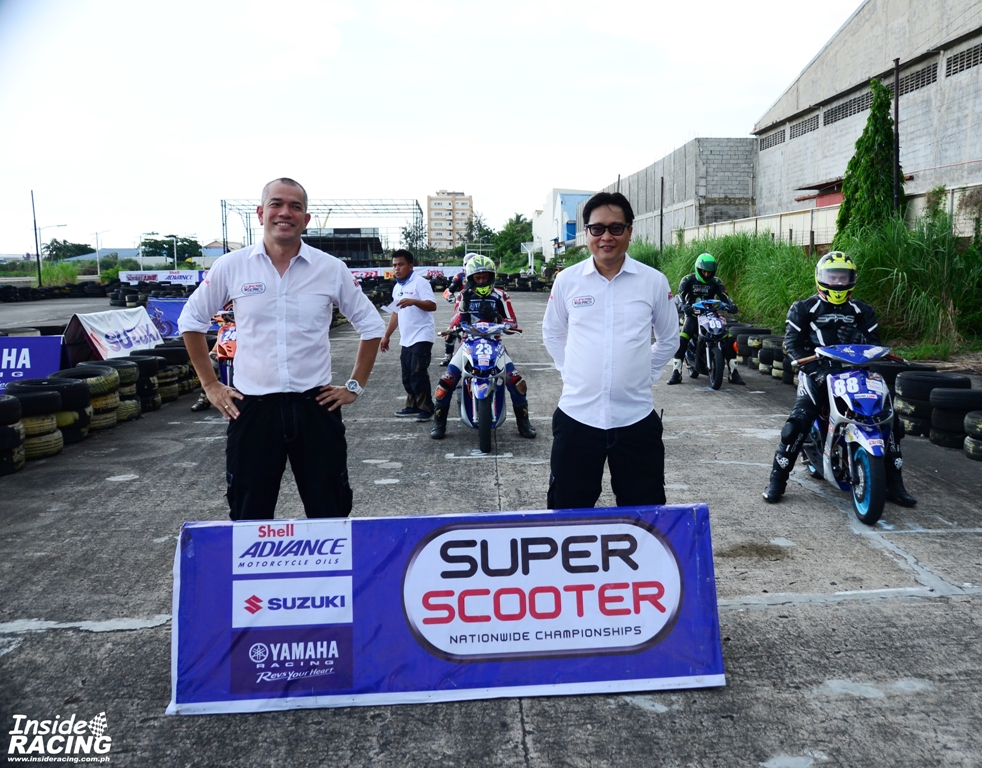 Mr. Jong Uy of The Racing Line and Mr. Al Camba of InsideRACING, the organizers of the Super Series Nationwide Championships 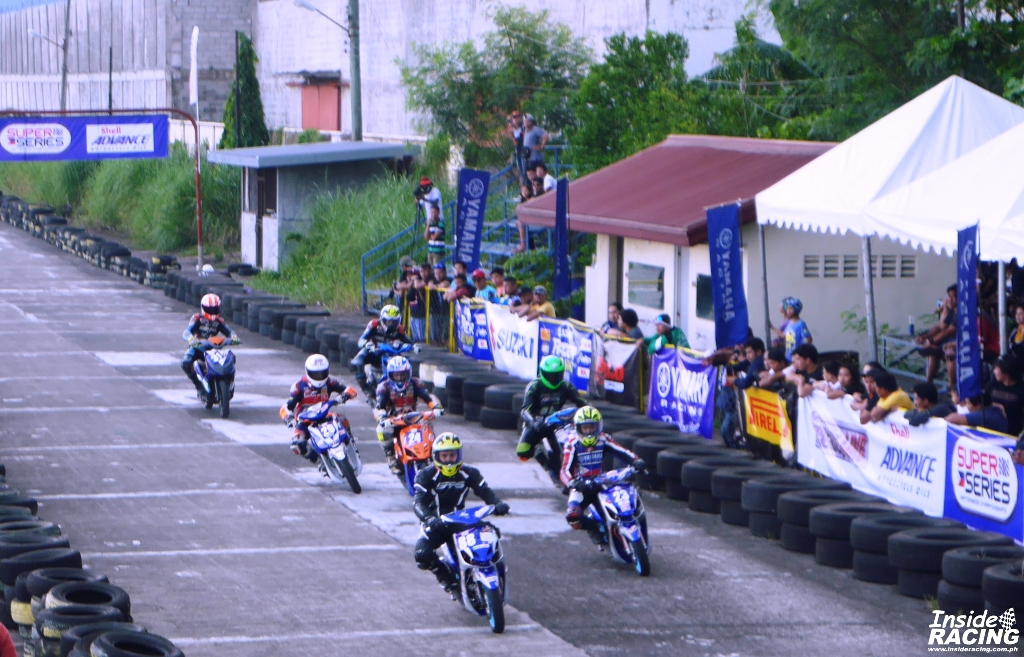 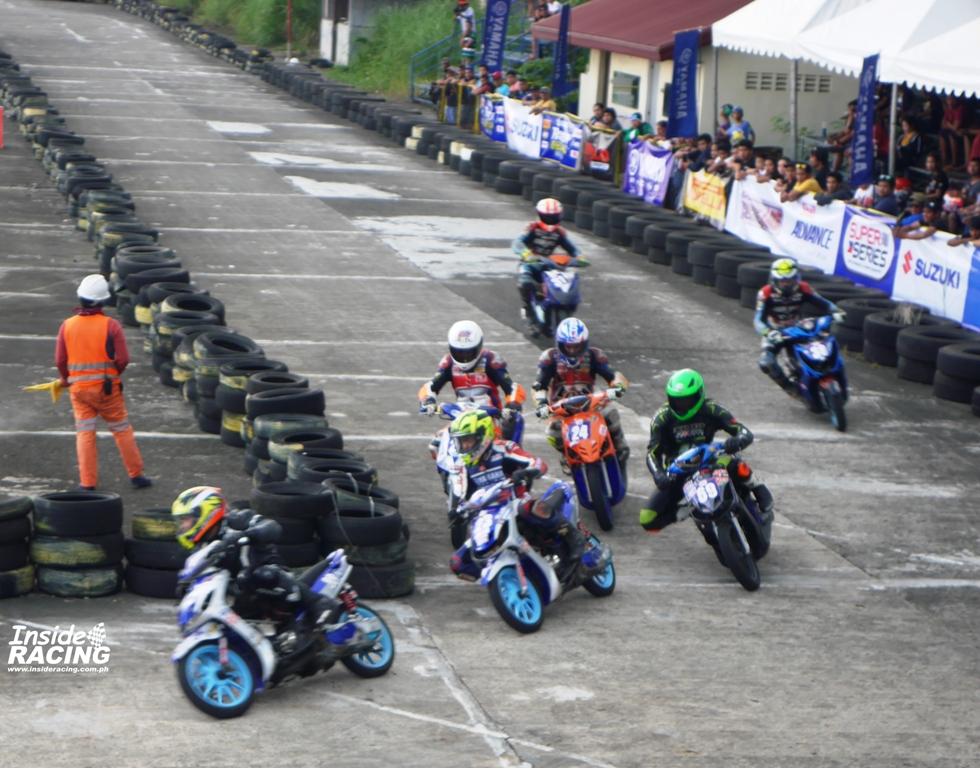 Cañeda Jr. took the holeshot of the race but he was not able to stay in front. Carlos took advantage of this and took the lead which he maintained until the checkered flag. While Carlos was in front, Luzon rider Dustin Esguerra was in second position. 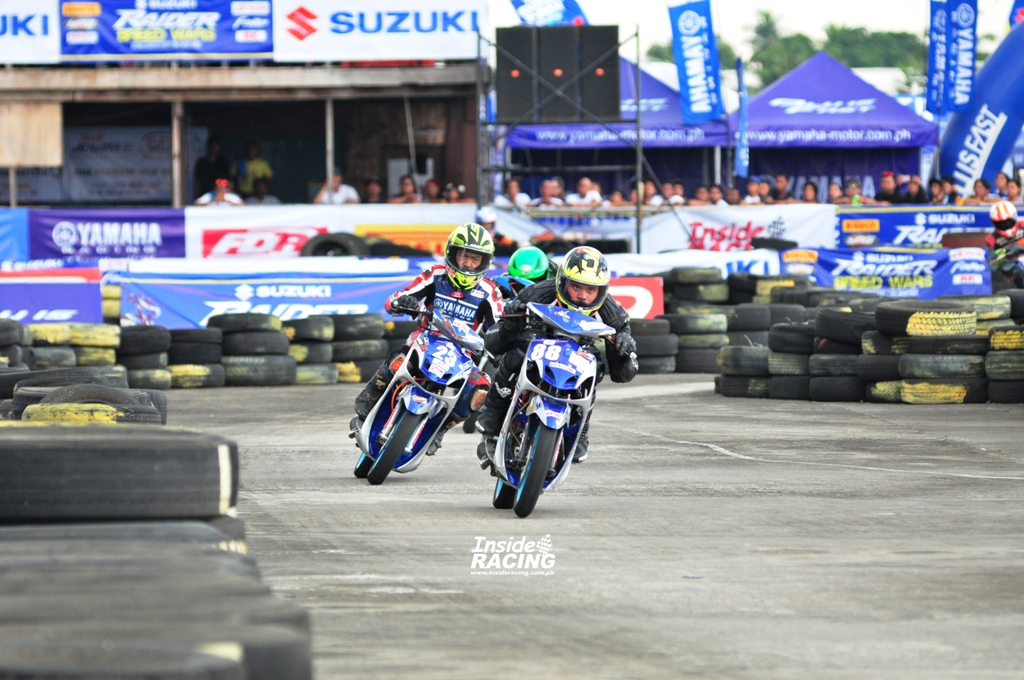 Garry Cañeda Jr. (88) in the lead at the start of the race. He was followed by Dan Carlos (23) and Dustin Esguerra. 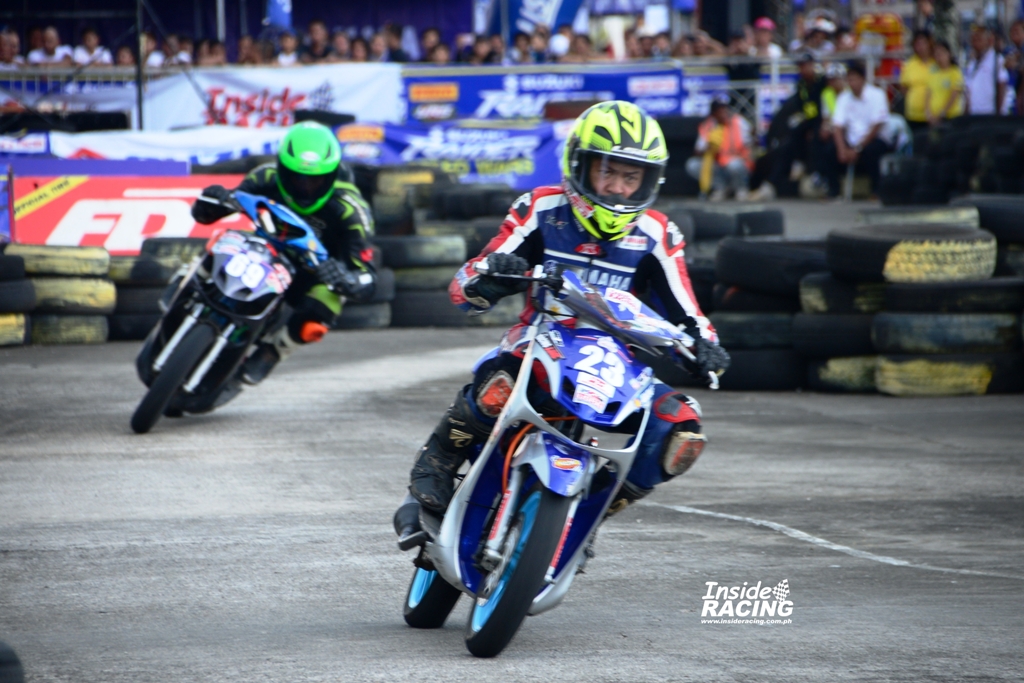 Dan Carlos leading the race. Dustin Esguerra was behind him.

Carlos eventually won the race while Esguerra finished second. Cañeda Jr. finished third while Borbon Jr. who crashed in the first turn during the first lap ended up at fourth place. 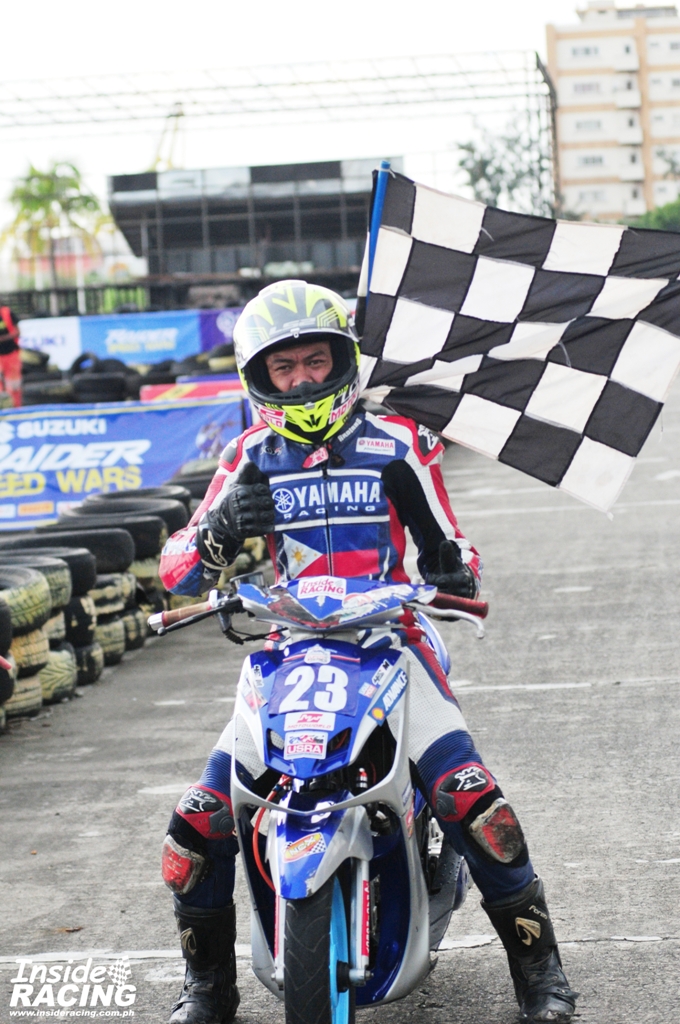 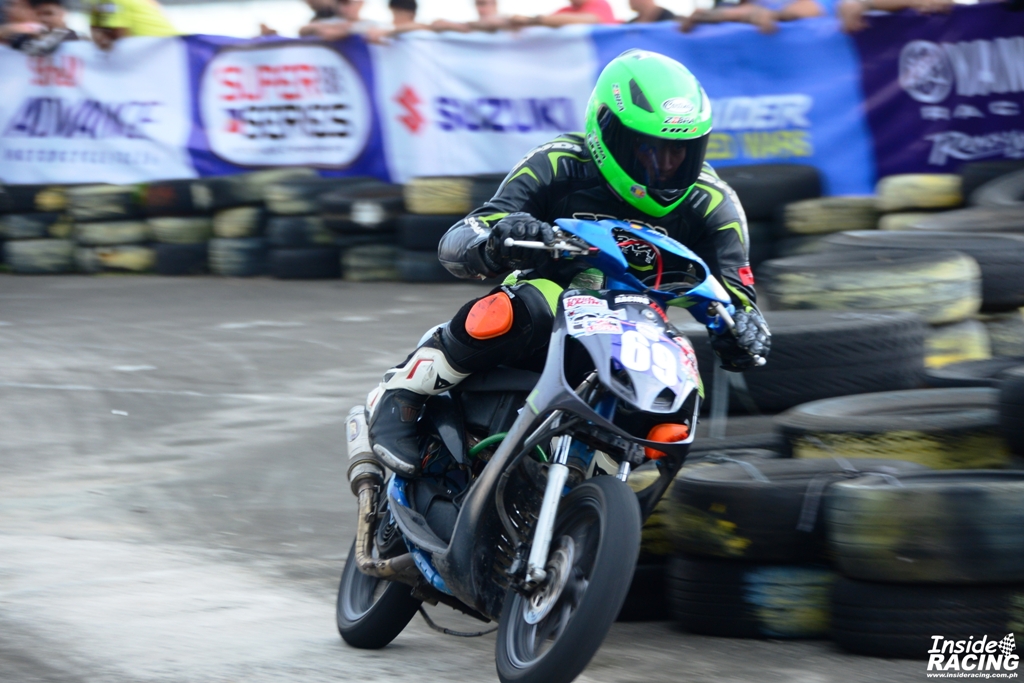 Dustin Esguerra finished second in the third round. For the Bacolod GP, Esguerra used a race bike powered by Kami Kami racing team. Esguerra was the winner in the first round back in May at the Carmona Race Track. 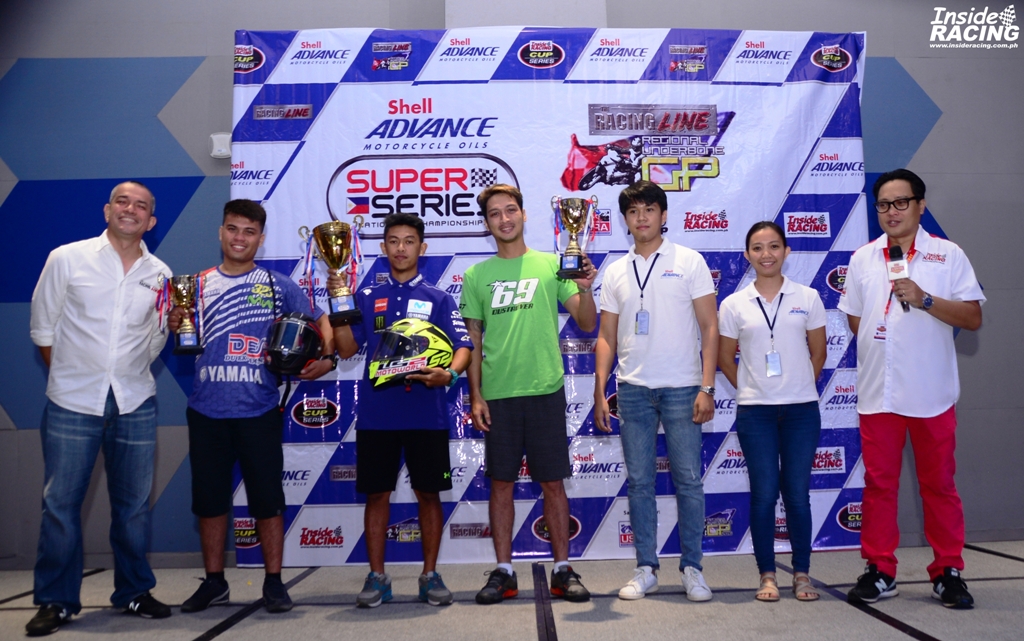 The first round of the Super Scooter held at the Carmona Race Track in May 13 was won by Esguerra. Ernie Daguio Jr. was the victor in the second round last May 27 in Davao. Third round in Bacolod was owned by Carlos. It is indeed something to look forward to who will be the Super Scooter fourth round winner this August 26 at Cebu Kartzone. Esguerra who has 52.5 points leads the standings heading into the fourth round. Carlos is second with 47 and Cañeda Jr.  ranks third with 38. 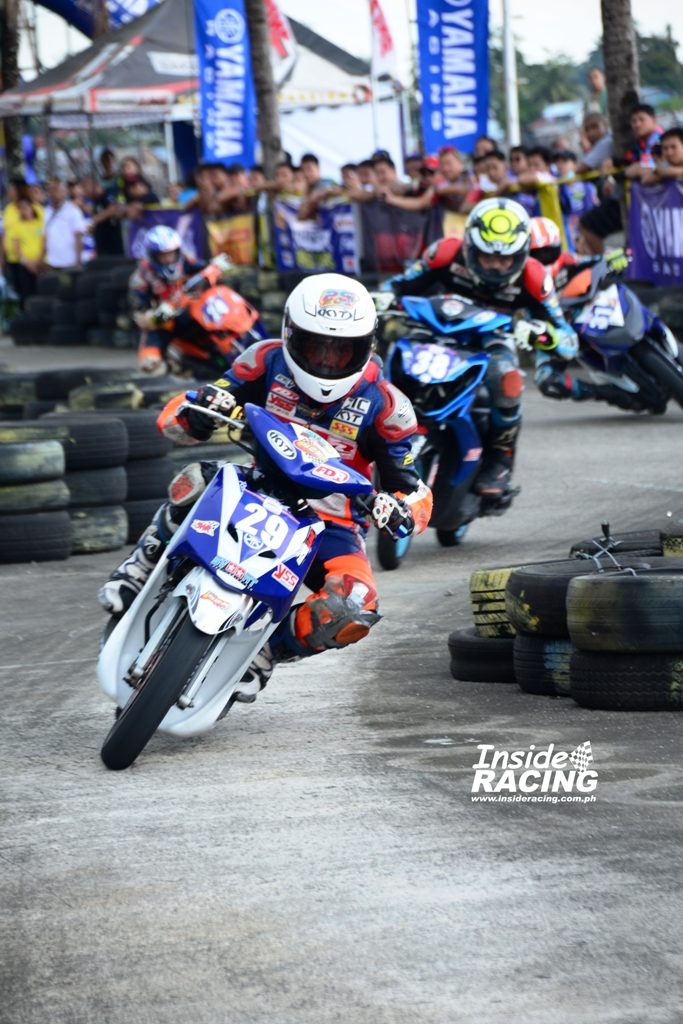 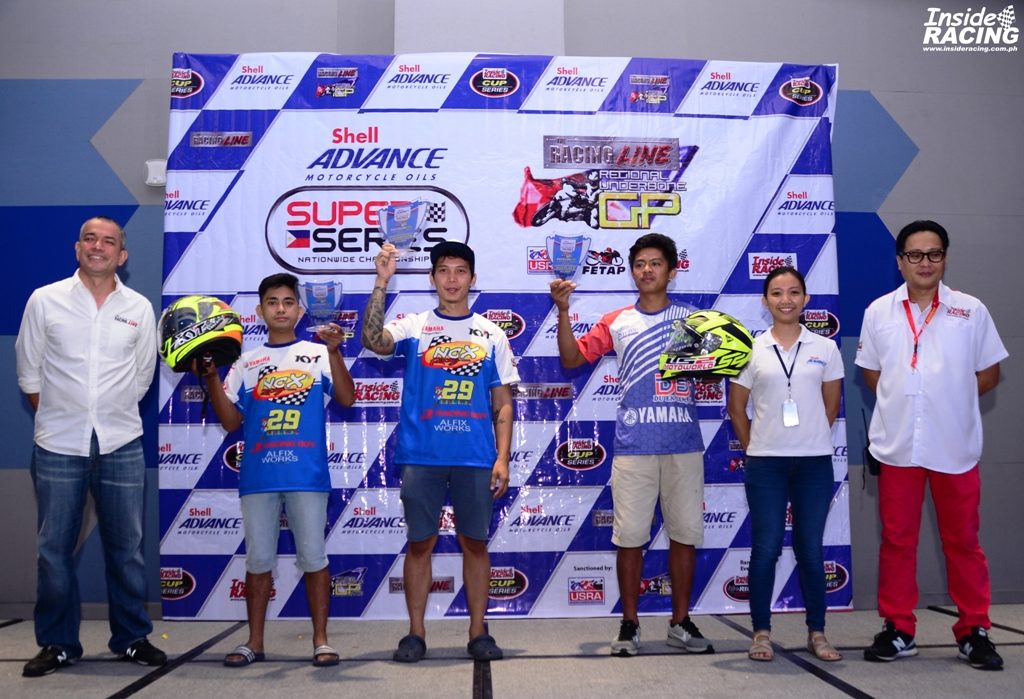 RUGP 4AT 160 Intermediate/Expert winners in Bacolod