The FDR Philippine Scooter Racing Championships (PSR) had its third round at the Batangas Racing Circuit last July 9. Top scooter riders once again gave a thrilling show for race fans.

Round 2 in Clark last June was a battle between Yamaha-Spec V and JVT. The third round again featured an exciting clash between the top two teams who were joined by a formidable rider from the Phoenix Cyclomax-KOSO-Faito racing team.

Masato Fernando of Yamaha-Spec V and Gian Carlo Mauricio of JVT diced it out in the second round and the former emerged as the winner in the race which had a photo finish from the two. This time it is payback time for Mauricio as he triumphed in the main 180cc PSR class after a race long battle with Fernando and Phoenix Cyclomax-KOSO-Faito racing team’s McKinley Kyle Paz.

Mauricio followed by Fernando and Paz

Gian Carlo Mauricio with his father. The JVT rider got the pole position of the race and the win.

After a couple of exchanges in positions, the three were tight up until the finish line and Mauricio had the upper hand as he blasted past Fernando as the checkered flag was waved. Fernando finished in second place, 0.067s after winner Mauricio. Paz crossed the finish line third, 0.643s after the JVT rider. It was indeed a close and exciting race! Vrei-ar Suba who also races for Phoenix Cyclomax-Yamaha-KOSO-Faito placed fourth. Yamaha-Spec V riders James Mendez and Romer Corbe, Cassey Ng of JVT and Mickey Mazo did not finish the race. Best lap time of the PSR race that day was 1:55.948s courtesy of Fernando. 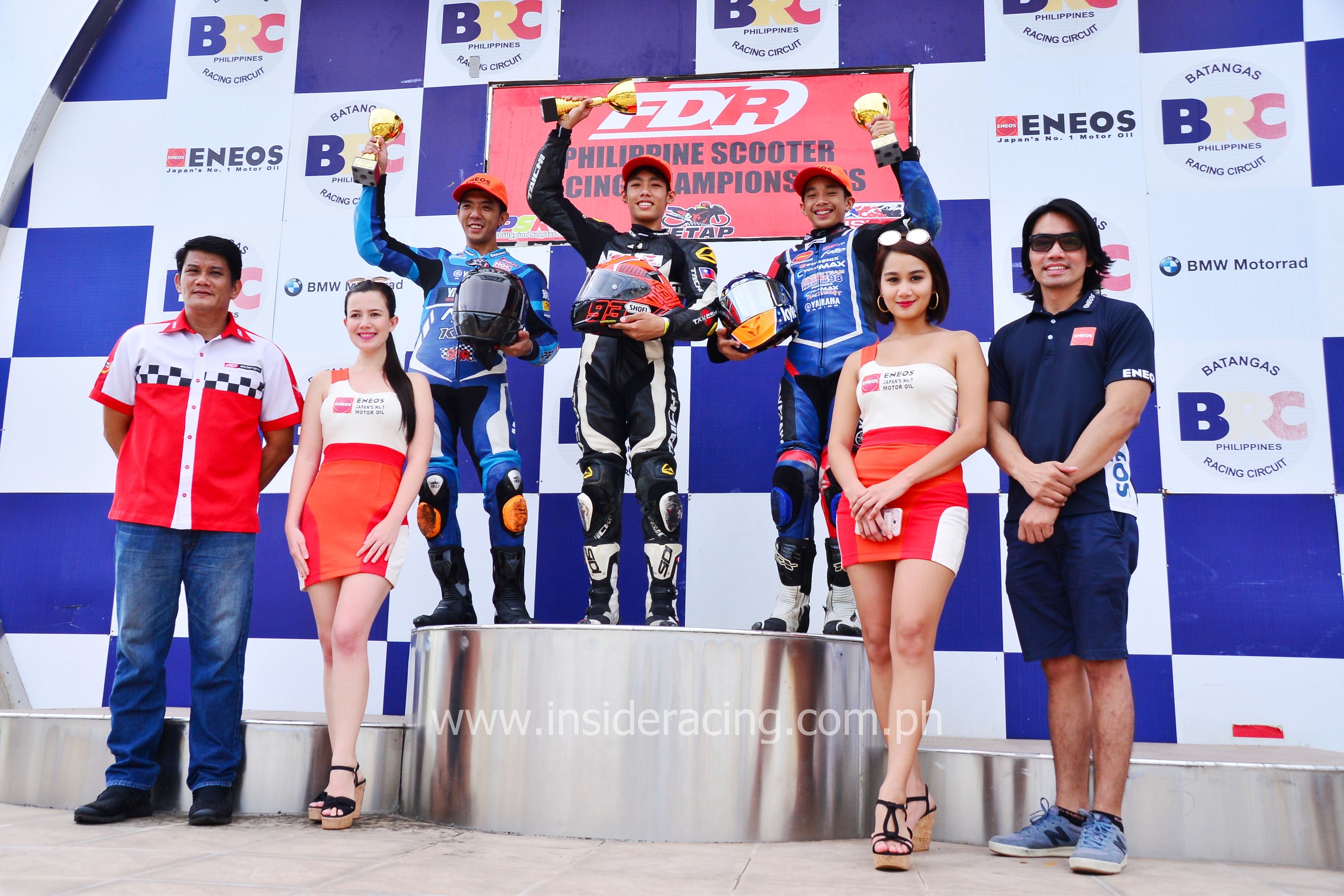 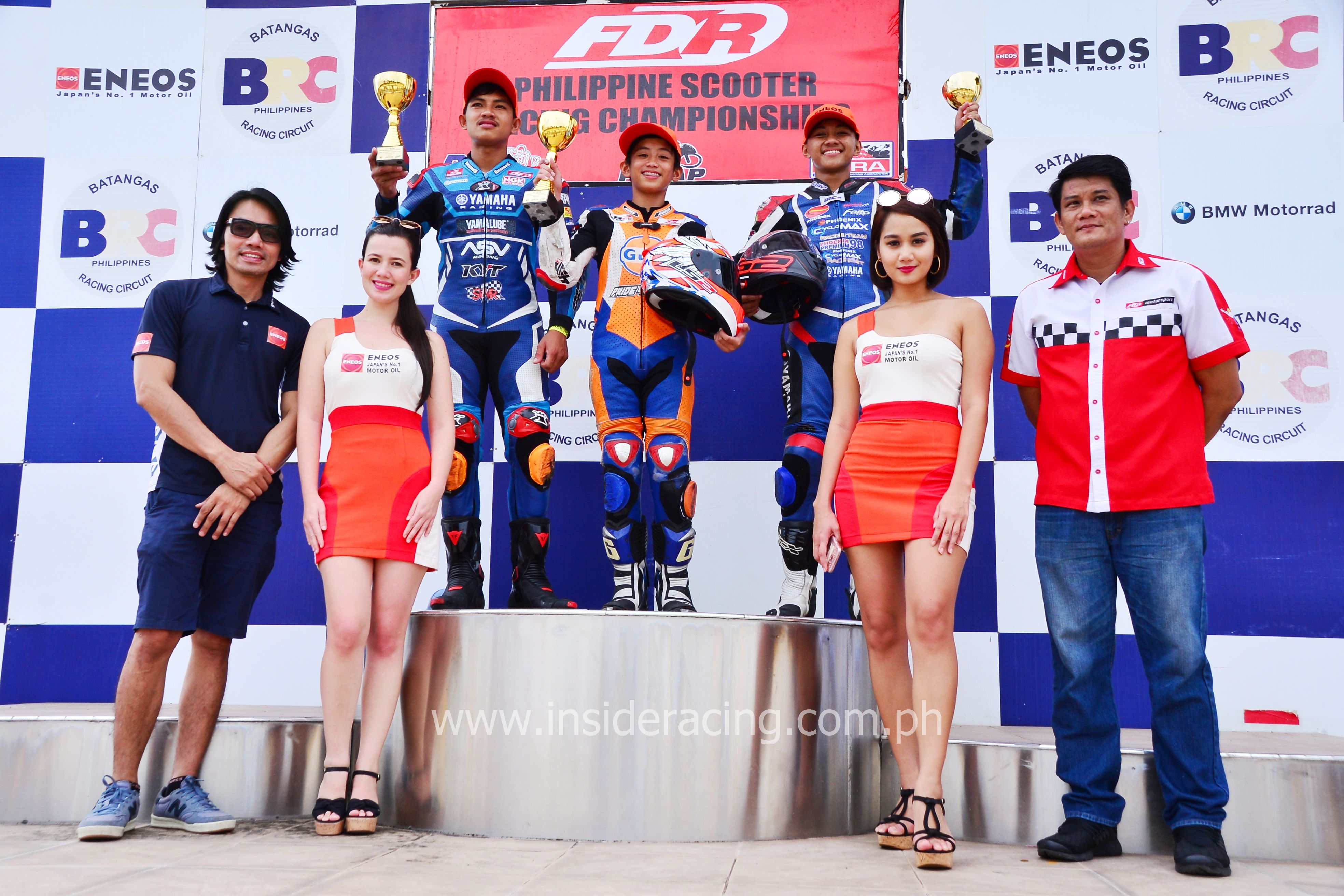 The 130cc PSR class was dominated by John Paulo Capili who had a huge 34.467s margin of victory over second placer Memel Natividad. Jefferson Rivera got the third place while Evander Soliveres of Yamaha-Spec V placed fourth. 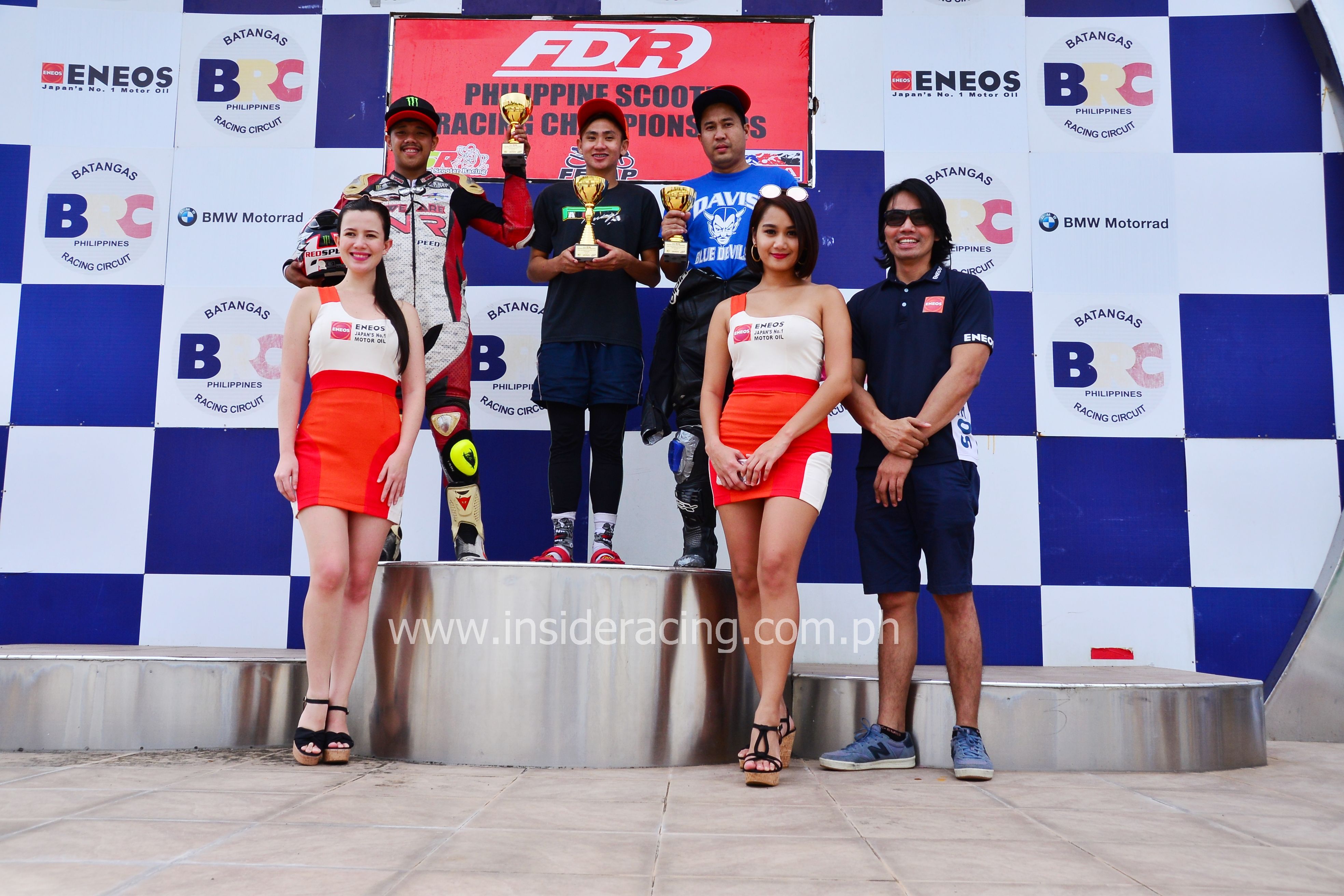 Heading in to the fourth round of the national scooter series on August 5-6 at the Clark International Speedway, Mauricio leads the 180cc PSR class with 72 points. Fernando and Paz both have 60 points so far. Centeno with 70 points is on top of the 160cc PSR rankings. Currently, he only has a one-point advantage over Torres and 8 points over Sande. Soliveres despite not winning in the third round is still currently number one in the overall standings of the 130cc group with 68 points. Natividad has 64 points so far.