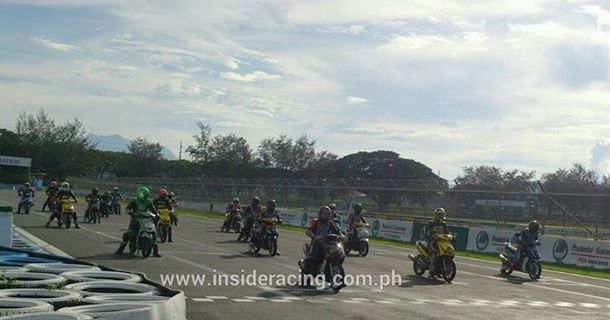 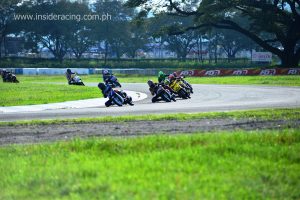 The 10-lap race was indeed thrilling from start to finish.  Yamaha-Spec V’s Masato Fernando and JVT’s Gian Carlo Mauricio diced it out for the win and the two had a photo finish up to the checkered flag. With only a 0.016s margin of victory, it was Fernando who won the 180 PSR class which delighted race fans with the exhilarating battle of top scooter riders in the country that they witnessed. 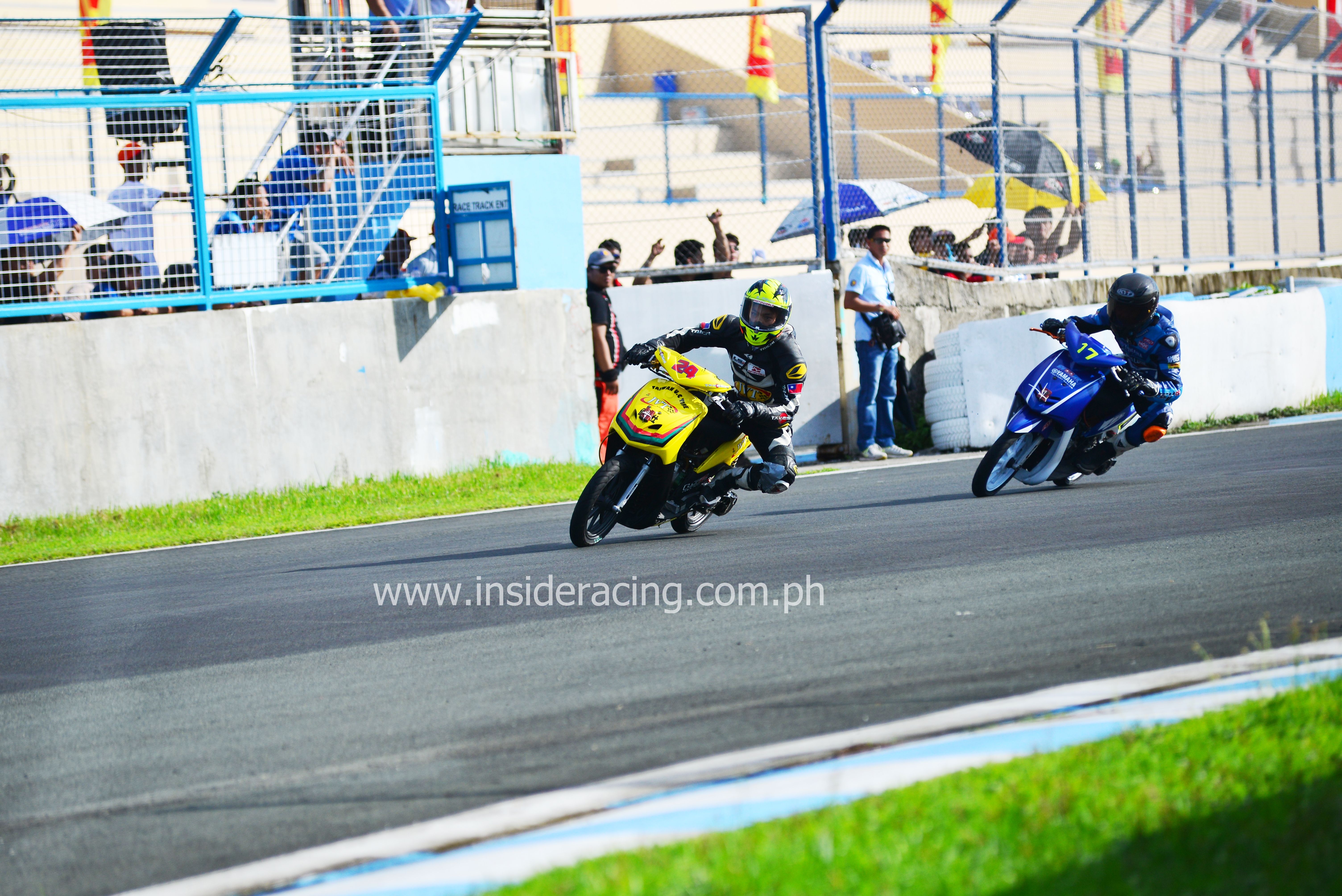 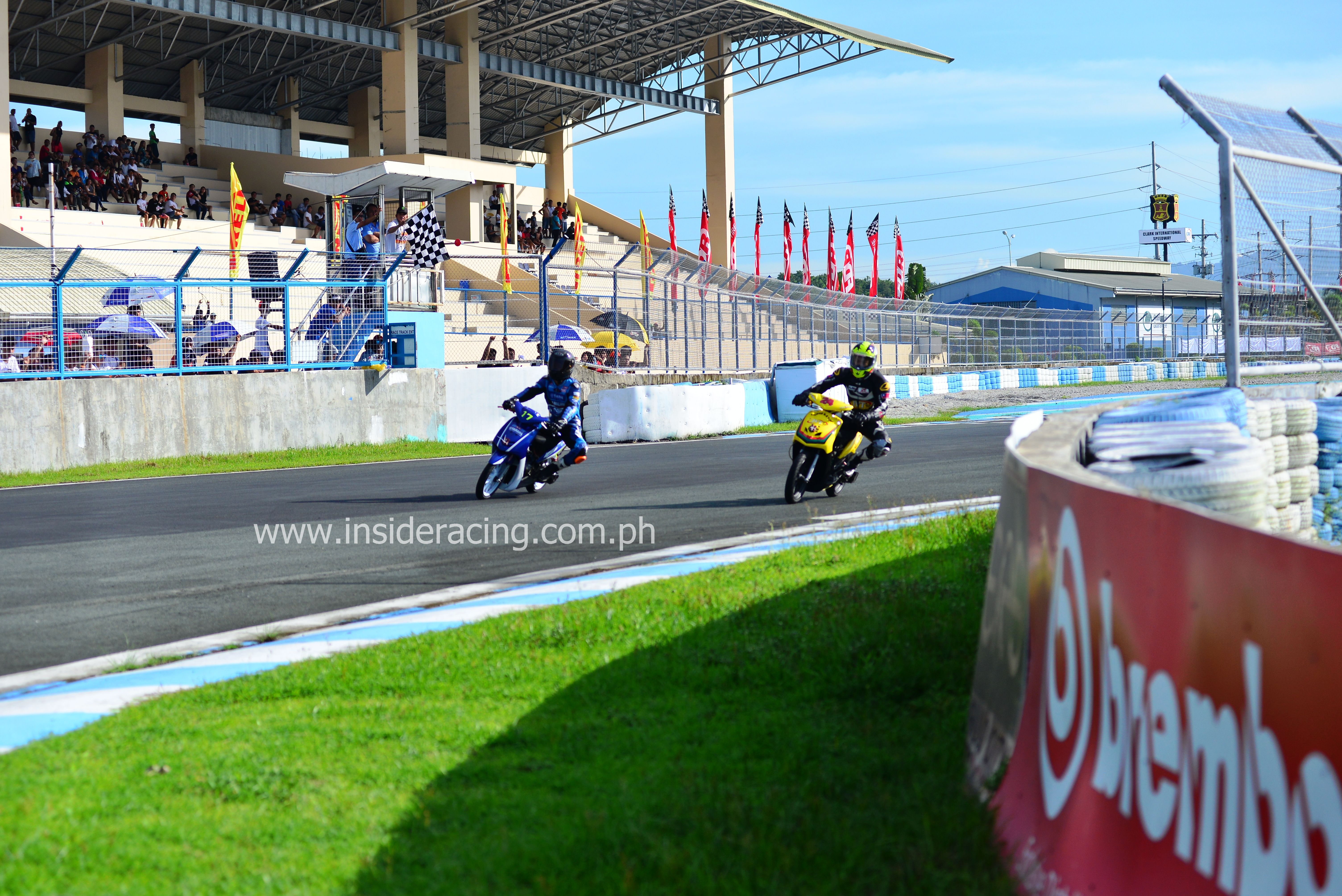 Fernando and Mauricio at the finish line 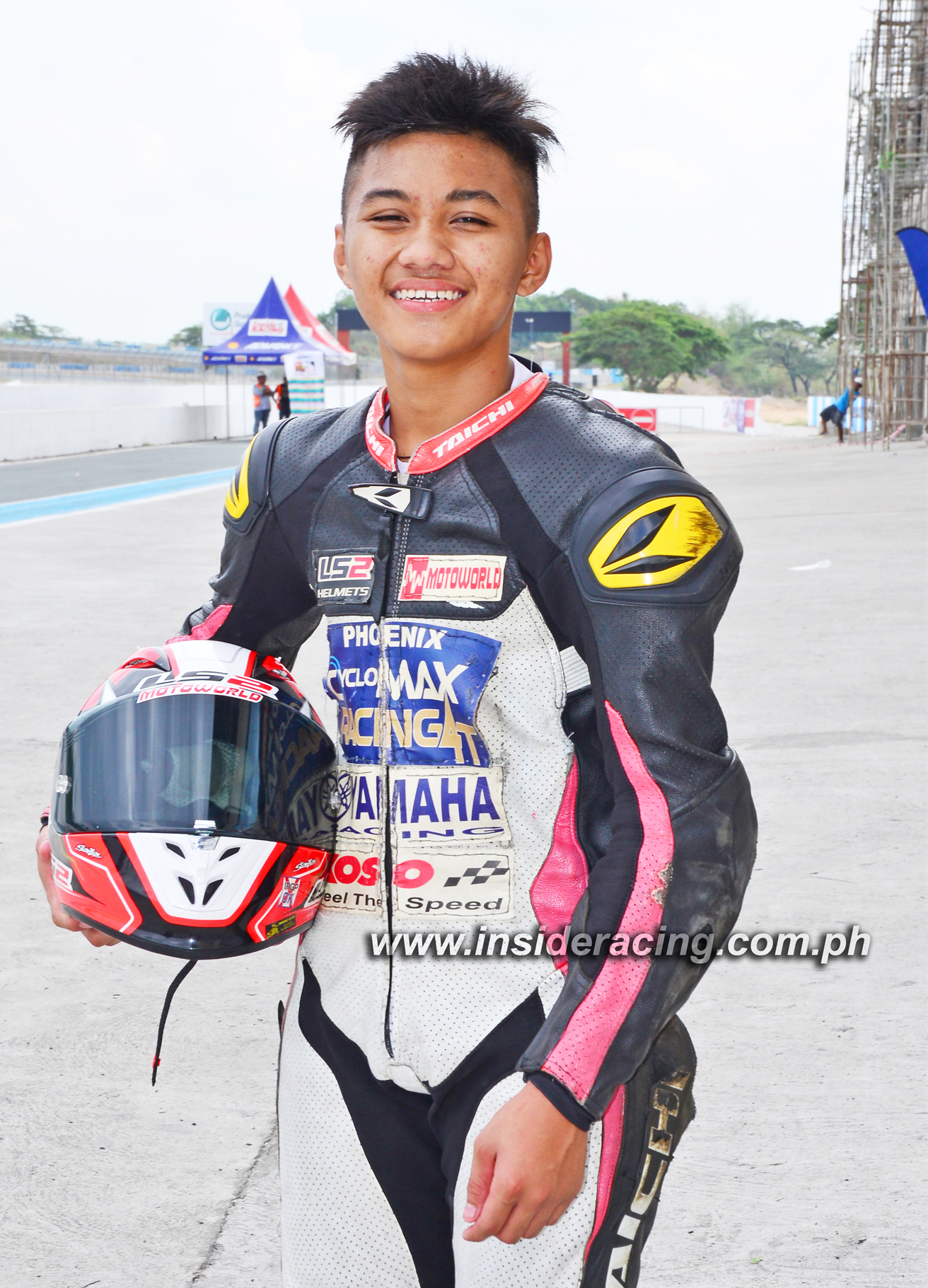 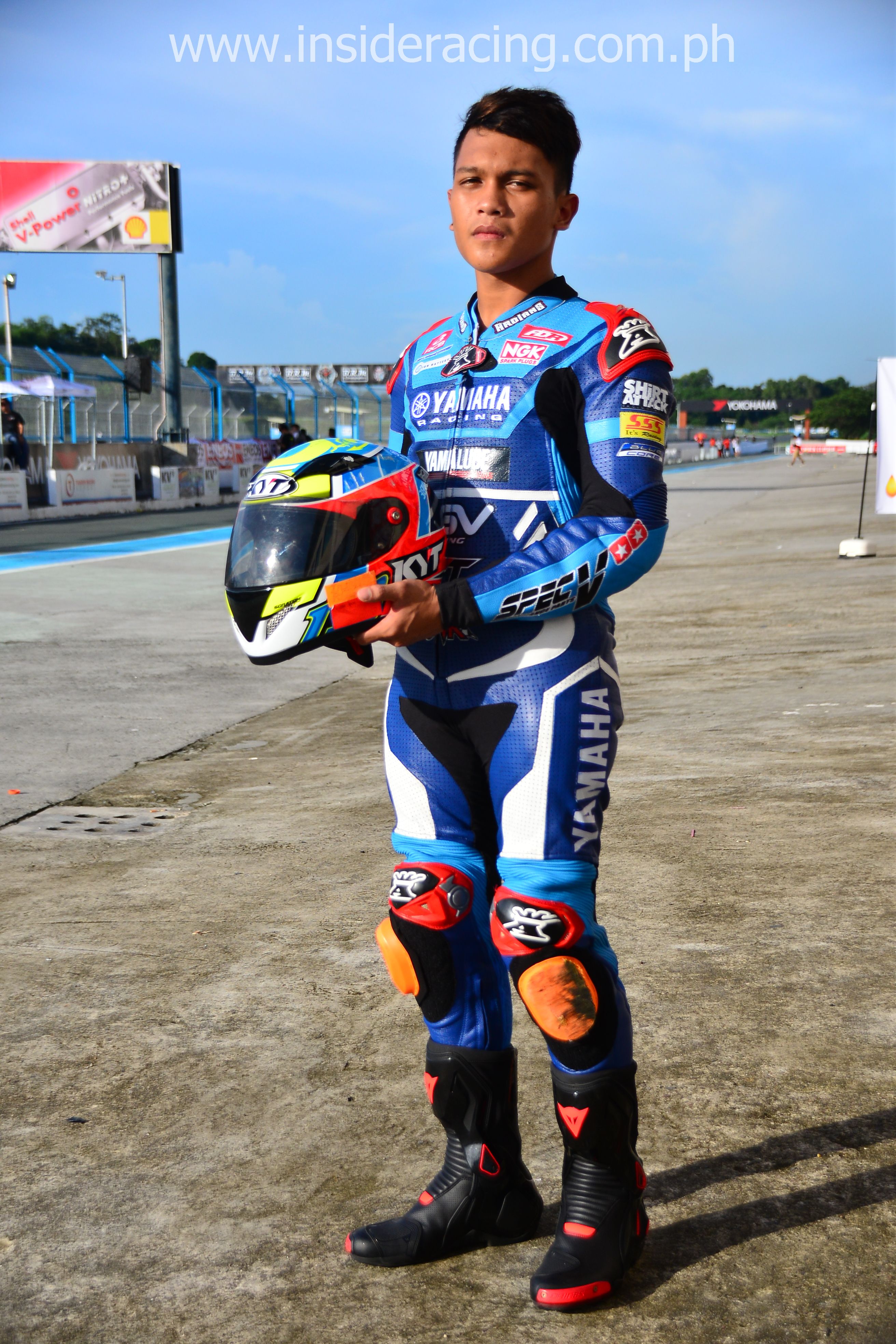 Heading into the third round, Soliveres leads the 130 PSR standings with 50 points. Centeno also with 50 points is on top of the 160 PSR group. Despite not winning in round 2, Mauricio still leads the main 180 PSR class with 47 points.

The Unified Sports and Racing Association for Motorcycles, Inc. (USRA) sanctions the FDR Philippine Scooter Racing Championships which is part of the 2017 ENEOS Philippine Motorsports Championships. Round 3 is on July 8-9 in Batangas.