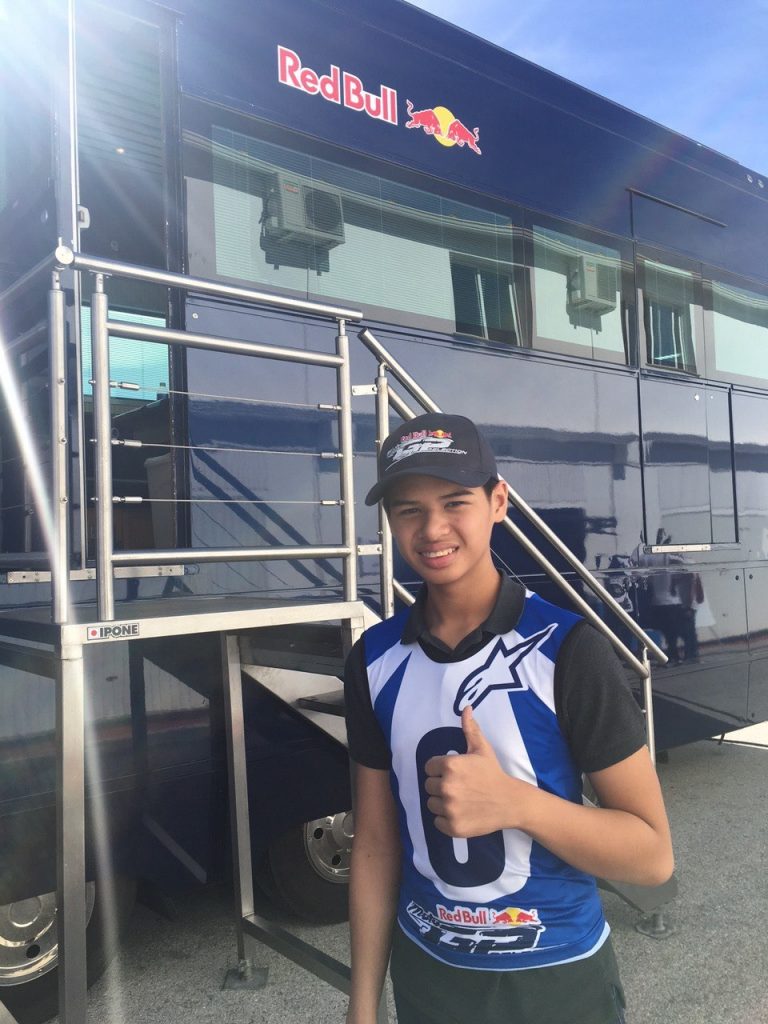 Filipino Troy Alberto completed two sessions today for the eleventh Red Bull MotoGP Rookies Cup Selection Event in Guadix, Spain. Last year’s MotoIR2 champion and 2016 PSBK Double Champion was the only rider from South East Asia to have been invited and was part of the first 60 riders that was evaluated . Another sixty riders will be evaluated tomorrow to determine the 10 riders that will be invited to join the Rookies Cup for 2017 to ride the Moto3 machines. 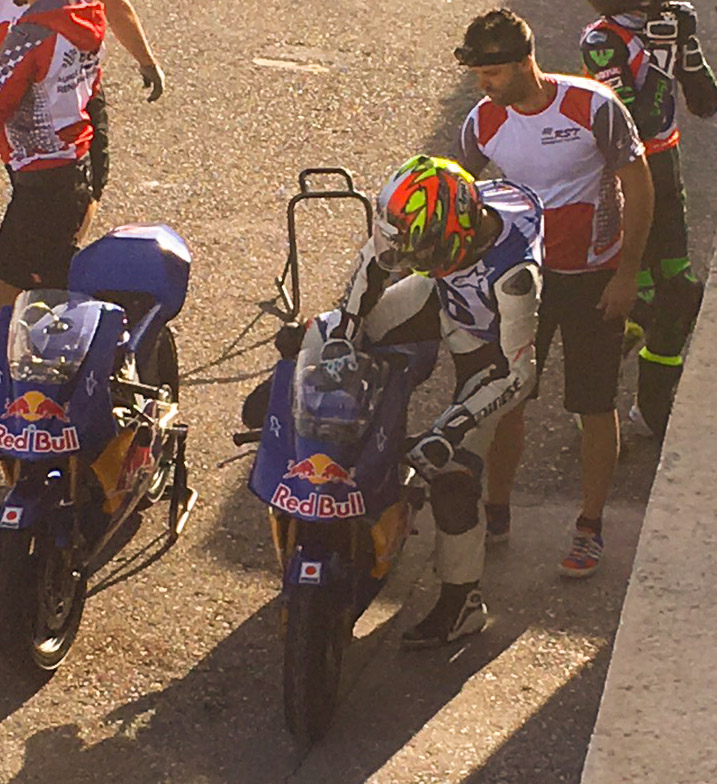 “His best time improved significantly in the afternoon session and let’s hope he gets in. It was so difficult with so many mini-Rossis  and mini-Marquezs! I’m happy that Troy was a part of it, “said his very proud mother Joy Alberto who was by his side during the events. “We definitely should keep grassroots racing alive. One common thing here is that parents,  if not families,  are here to support their kids.  That’s definitely a big factor. Yesterday,  I was a little sad because we were the only Filipinos7 here while the other countries had a lot of participants and they knew each other.  I really wish Philippine motorcycle racing would flourish and reach this level,” she added. “Whatever happens next, we at IR are already proud of what Troy was able to achieve at such a young age. He already made history at the Red Bull Rookies Cup Selection today by riding against the best in the world! It is the first real step to MotoGP.  I would like to thank him and his family for giving hope and making the dreams of all Filipino racers, young and old, become a reality,” said IR’s founder Al Camba. ” I think Troy’s achievement will inspire may more young riders to chase and never give up on their racing dreams!