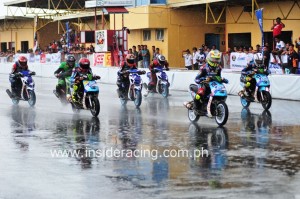 Yamaha-Spec V rider Aljon Valencia from Antipolo, Rizal is back on top of the podium of the Shell Advance Super Series Nationwide Championships’ Super Scooter category. Valencia won the said class in the opening of the series last May in Davao and claimed his second victory last August 21 at the Carmona Race Track. The Cavite GP was the 5th round of the Super Series. 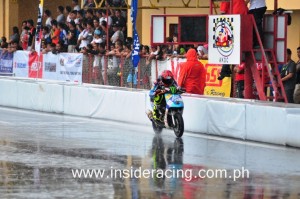 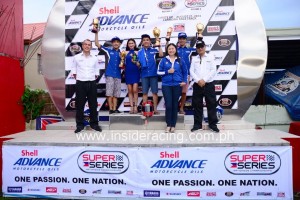 Valencia secured the victory in the 8-lap wet race. His teammates John Emerson Inguito and Masato Fernando finished second and third, respectively. Team Yamaha-Spec V once again showed their strength as a powerhouse team with a 1-2-3 finish. 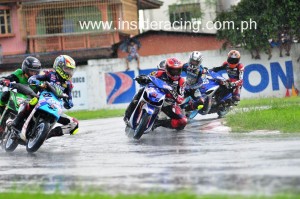 Other riders who joined the race were Dan Carlos, Vingie Coloma and Garry Cañeda Jr. of Yamaha-MW 323 that travelled all the way from Mindanao to participate in the Super Series Cavite GP and Dustin Esguerra from Taytay, Rizal who races for Zebra-Pertua-RK-MTRT-MLW. 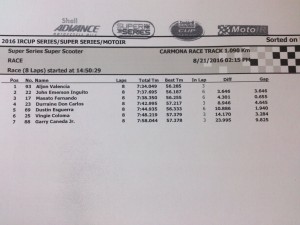