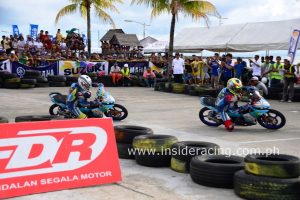 Team Yamaha-Spec V from Luzon had a 1-2 finish in the Super Underbone race of the Shell Advance Super Series’ Bacolod GP on July 31. John Emerson Inguito from Cainta, Rizal was unstoppable in the 12-lap race and never let go of the lead from start to finish. Masato Fernando who lives in Laguna finished second. Fernando was the winner of the Super Underbone race in the Cagayan de Oro Grand Prix last July 17. 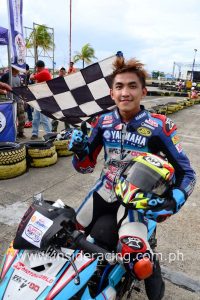 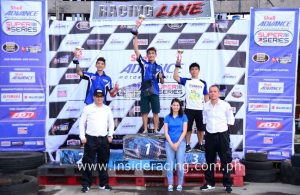 Vingie Coloma of Yamaha-MW 323 finished third and joined the two Yamaha-Spec V riders in the podium. Other riders who participated in the race were from Suzuki-ZIC-BMR and RPM-Sum Racing. The next round of the Shell Advance Super Series Nationwide Championships is at the Carmona Race Track in Cavite.

The Shell Advance Super Series is the first nationwide championship series for motorcycle racing. It is supported by Shell Advance, FDR Tires, Yamaha Philippines and Suzuki Philippines. The series is sanctioned by the Unified Sports and Racing Association for Motorcycles, Inc. (USRA).