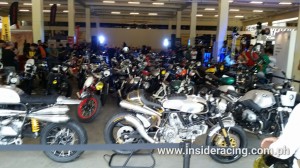 Pasig City- The second Motobuilds Pilipinas Biker Build Off and Custom bikeshow is happening today June 11 and tomorrow June 12 at  Tiendesitas in Pasig City along C5 in between Julia Vargas and Ortigas avenue. Aside from the 5 bikes  that will be competing for the annual build off, close to 200 bikes are on display that include the best local builds ( cafe racers, scramblers, trackers, brat bikes, cruisers, classics, etc). All bikes from Japanese, Asian, American and European brands are well represented. 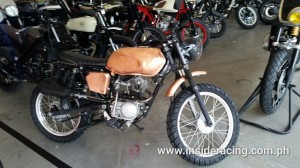 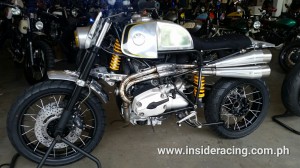 Motobuilds Pilipinas combines motorcycles and music. Every evening there will be live band performances from the coolest and biggest local bands like Imago, The Replicats, Signal Giant,Hot Rod Mischief, Agaw Agimat and many more. Show starts at 10 am and bands starts performing at around 5pm. 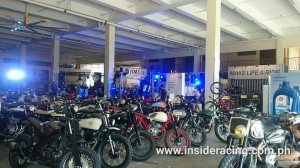 The event also supported by media partners InsideRACING,Maximum TORQUE and CAFE RACER Philipines, is organized by Radio Republic’s Mr. Zach Lucero who also is a builder himself. More updates on the event here at www.insideracing.com.ph