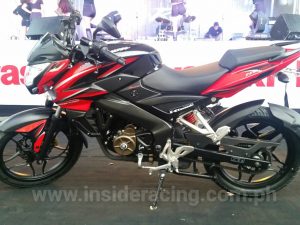 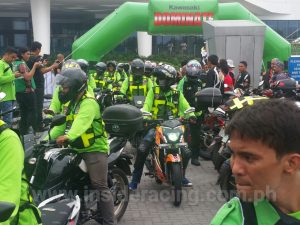 The day included a mega service campaign free of charge for Kawasaki users while others enjoyed free food,massages and even haircuts.
There was a motorcade of Rousers around the MOA Complex before the program started late afternoon where the new Rouser NS150 was finally revealed. The event was attended by hundreds of Rouser users from different rider clubs. 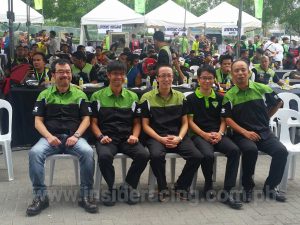 The NS150 is the latest in the Rouser family of motorcycles. NS stands for Naked Sport for the sporty enthusiasts. It is powered by a 4 valve, 150cc, single cylinder engine that produces a class leading 16.76 HP! 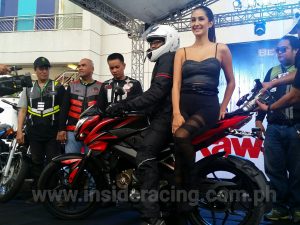 The new Kawasaki Rouser is available in all Kawasaki Dealers nationwide in Black and Red variants at am introductory price of P77,000.
Full report in InsideRACING magazine. 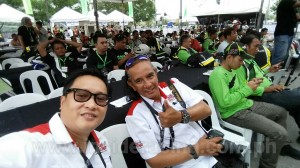