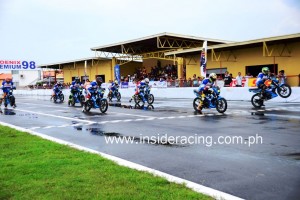 The Carmona Race Track was wet and slippery because of the rain but this did not pose any problem for Eane Jaye Sobretodo who showed his winning form in the 5-lap Super Suzuki race. His fellow 4S1M-Sum Racing rider Paul Mark Doblada finished second for a 1-2 result for the team. Ebroc Racing’s Romer Corbe placed third. 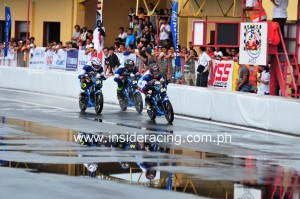 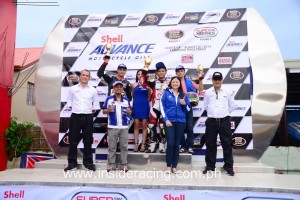 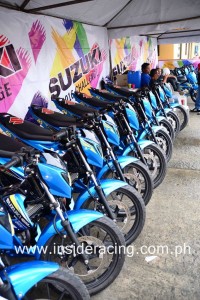