It was another all Yamaha – Spec V podium in the 150cc Open category as Masato Fernando, John Emerson Inguito and James Mendez all cruised their way to an almost uncontested wet race at the Clark International Speedway. It was an intense battle for the lead as Fernando and Inguito both had their chances to pull away but both did not give in to the other as they kept the race close all throughout. In the end, The Chairman finished the 10 lap race in 11:12.652s, a mere two tenths of a second faster than compatriot The Hitman. Mendez came in 15 seconds later. In the 115 Open meanwhile James Barcial and Mckinley Kyle Paz figured in a heated battle for the win that was not decided until the finish line in which Barcial got the photo finish victory. Robert Matthew Ramos took the third spot. Ellijah Olayvar took a comfortable lead in the first couple of laps and never looked back as he cruised to a relatively easy 9-second win over lady racer Jacq Buncio. John Edward Godoy completed the podium winners in the 115 cc class. 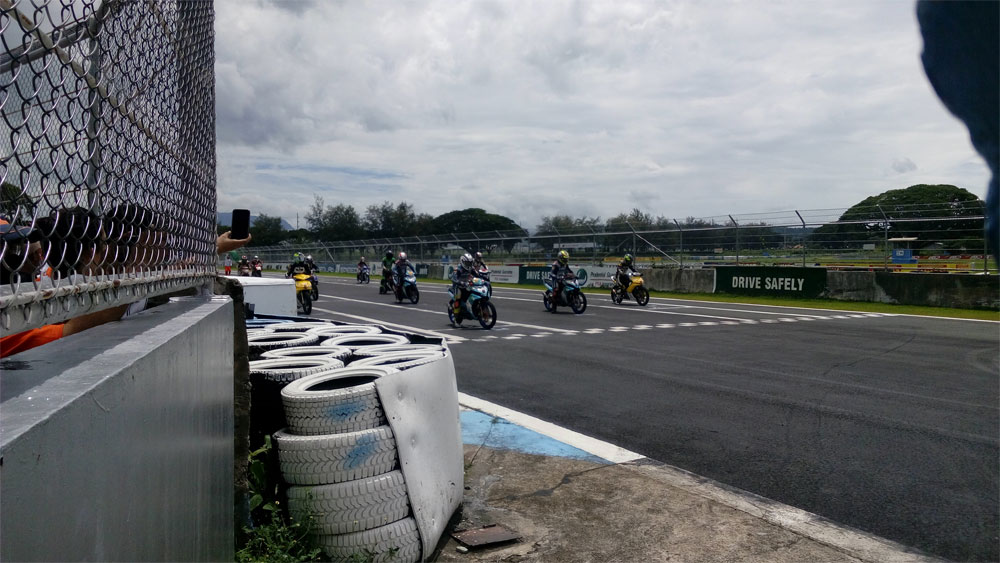