The 3rd round of the 2016 Philippine Motorsports Championship proved to be an exciting affair for the UBK races as the rainy weather did not dampen the excitement brought about by the races at the Clark International Speedway. In the 115cc Novice category, Eane Jaye Sobretodo, fresh off his successful overseas sting with Team Suzuki Pilipinas, was the clear cut winner as he took the checkered flag with a commanding 37 second win over 2nd placer John Edward Godoy. The 115 Open yielded a familiar face as James Barcial defeated rising star Mckinley Kyle Paz. The 150cc Open Underbone race saw the race track debut of the Honda RS 150 and it seemed as Honda fans were in on a treat as Dustin Esguerra ended up 2nd in the grid, right behind Masato Fernando on his Yamaha Sniper. In the race proper however, a forgettable start by the two sent them back to the middle of the pack by the first turn. In the end, underbone King JE Inguito took the 1st place trophy with his 9:38.114s in the 8-lap race. 4S1M’s April King Mascardo followed closely at 2nd place while Tracy Soyangco took the 3rd place trophy. 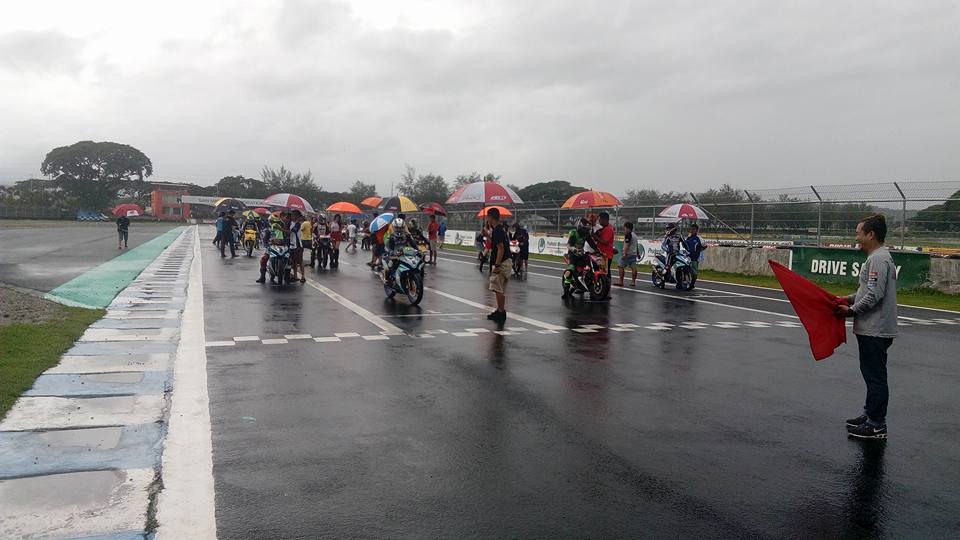