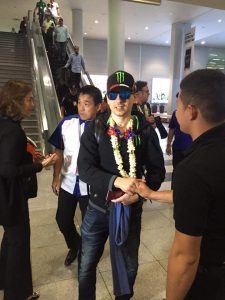 Yamaha’s World MotoGP Champion Jorge Lorenzo of Team Movistar Yamaha has arrived today January 29 to start his 2 day visit in the Philippines. This is the first time that a reigning MotoGP World Champion has visited the country. 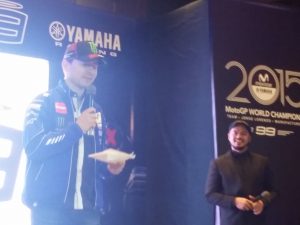 Lorenzo, a 28 year old Spaniard, already won 2 world titles in the 250CcGP before joining Yamaha in 2008 in the premier MotoGP class. He won his first race during his rookie year and won his first World Championship in 2010. He added a further 2 championships in 2012 and  2015. He has also amassed 40 MotoGP victories and 97 podiums.  Apart from his three titles in the premier class, Lorenzo has also finished as runner-up on three occasions. He is also the first Spanish rider to win multiple premier class titles. In 2015 Yamaha also won the Team and Manufacturers World Championships in addition to the Riders’ title to complete the Triple Crown. 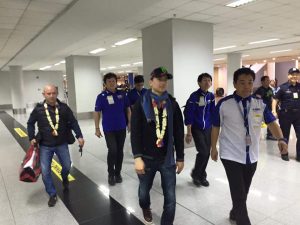 On Saturday, Lorenzo will be part of the opening festivities in the first leg of the 2015 Yamaha GP in Carmona. He will meet the racers and fans and will also do demonstration laps on board a Yamaha Sniper underbone or R15 Sportbike. It will surely be a treat to see a MotoGP Champion lap our historical race track, where all of our racers started their own careers. 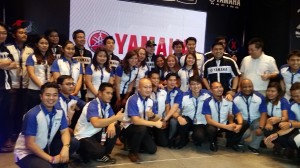 Later in the afternoon, he will meet his fans at the Greenfield District Plaza located along Shaw Blvd  in  Mandaluyong City. Afterwhich,  he will formally open the newly Yamaha Y-Zone Flagship Shop together with YMPH VIPs. Get  more info on  JL99’s visit in future issue of InsideRACING Magazine.

Photo by Yamaha Phils and IR 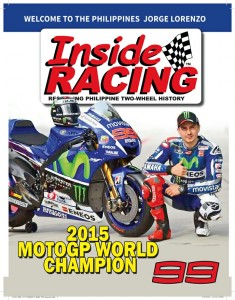