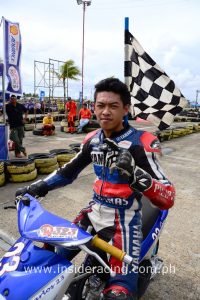 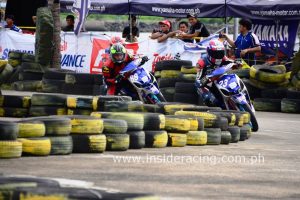 Led by Bukidnon’s Dan Carlos, Yamaha-MW 323 racing team showed a dominance performance in the Super Scooter category of the fourth round of the Shell Advance Super Series Nationwide Championships in Bacolod. Carlos led all throughout the 12-lap race against top scooter riders from all over the country. Garry Cañeda Jr. from Cebu and Davao’s Vingie Coloma placed second and third for an all Yamaha-MW 323 podium. 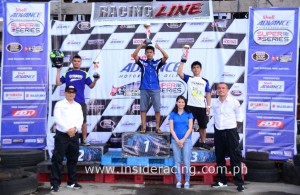 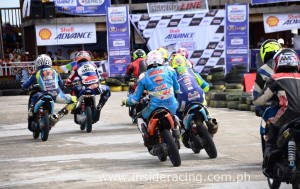