It was a showcase of talent, skills and a little bit of luck for Alfred Jakob Sablaya in Round 2 of Honda Pilipinas Dream Cup (HPDC) after winning Race 3 & 4 last June 3, 2018 at the Batangas Racing Circuit. 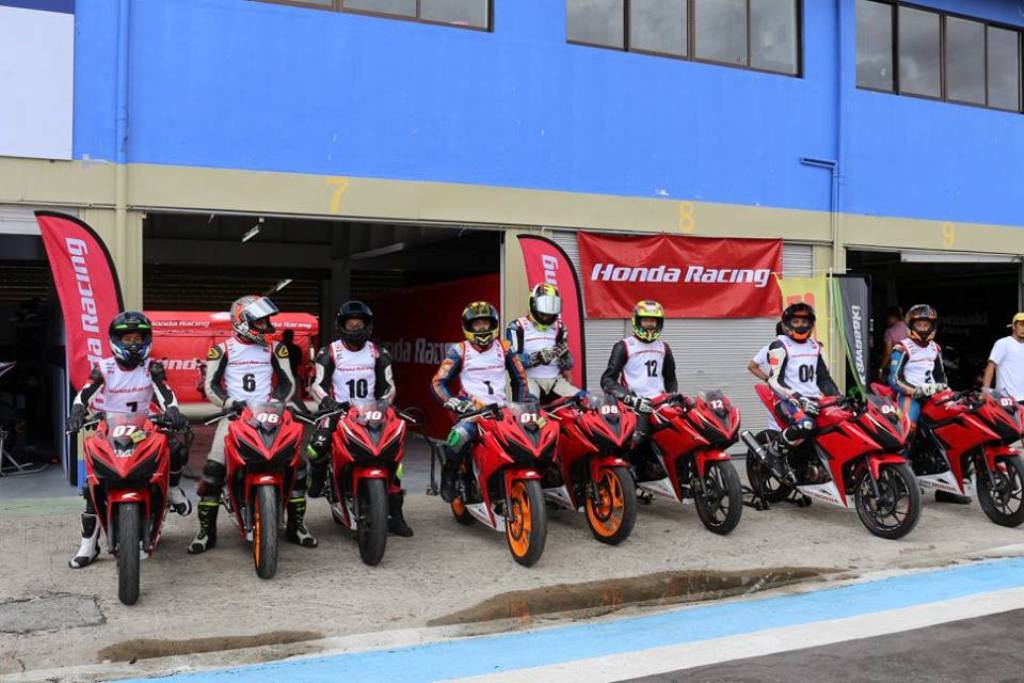 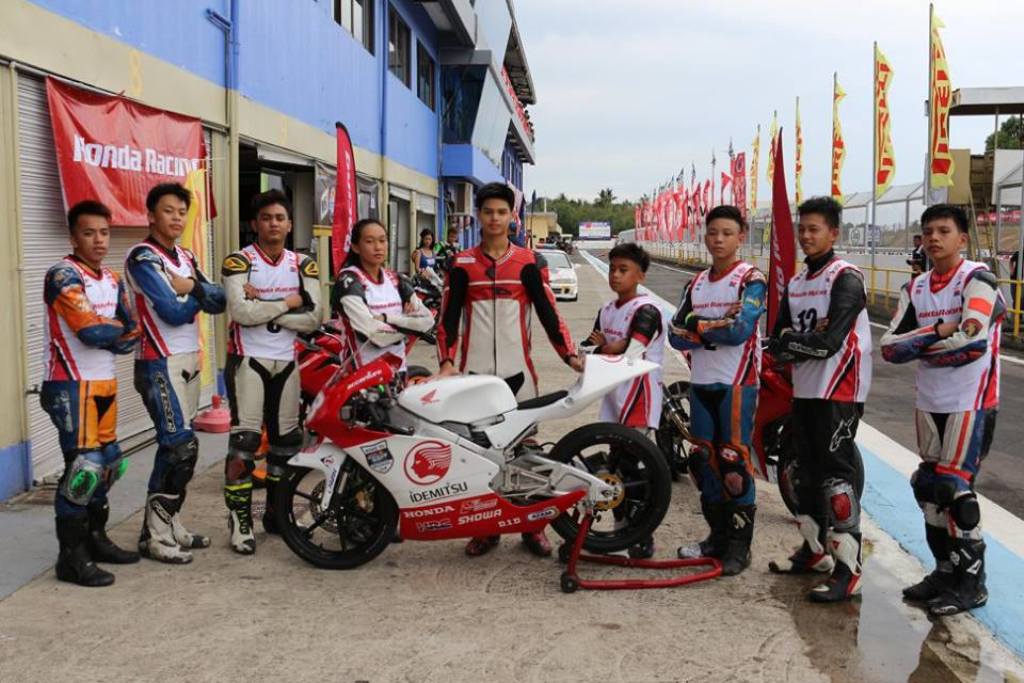 The riders’ energy was high to begin with as they started their practice last June 2, 2018. The results showed that the riders had improved their time, making them more confident in the Qualifying round in the afternoon.  Sablaya had a record of 2:06.953, a difference of +0.051 sec from his best time during Round 1 of the HPDC, followed by his closest rival, Sean Barcial with a best time of 2:07.549 who was then followed by Kervie Bergania of 2:08.526, taking the 1st row Grid.  The 2nd row Grid was taken by Wyner Blente, Andrei Reyes and Jasper Cruz, followed by Erika and Sean Ondillo for the 3rd row Grid. 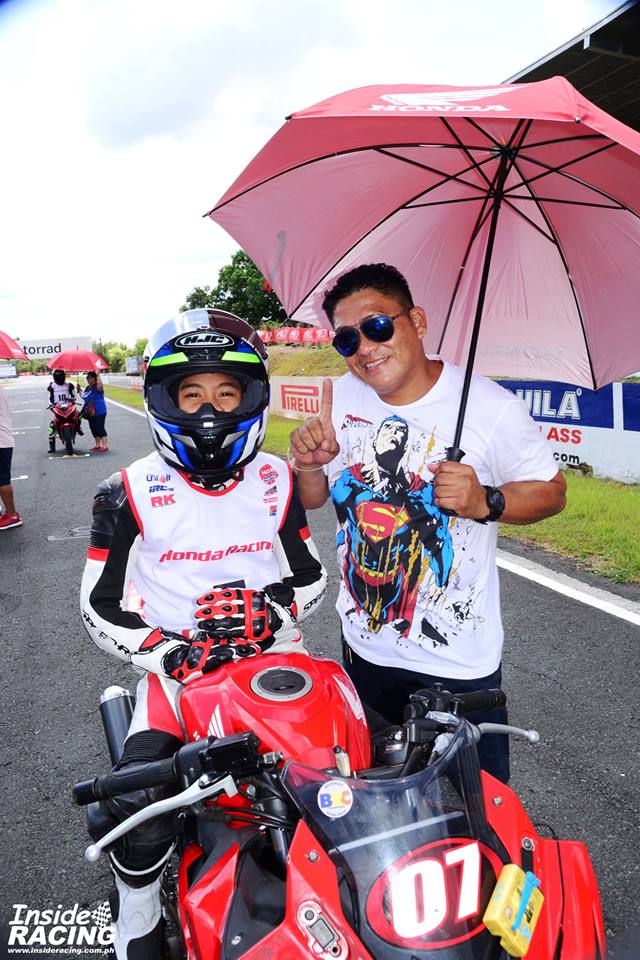 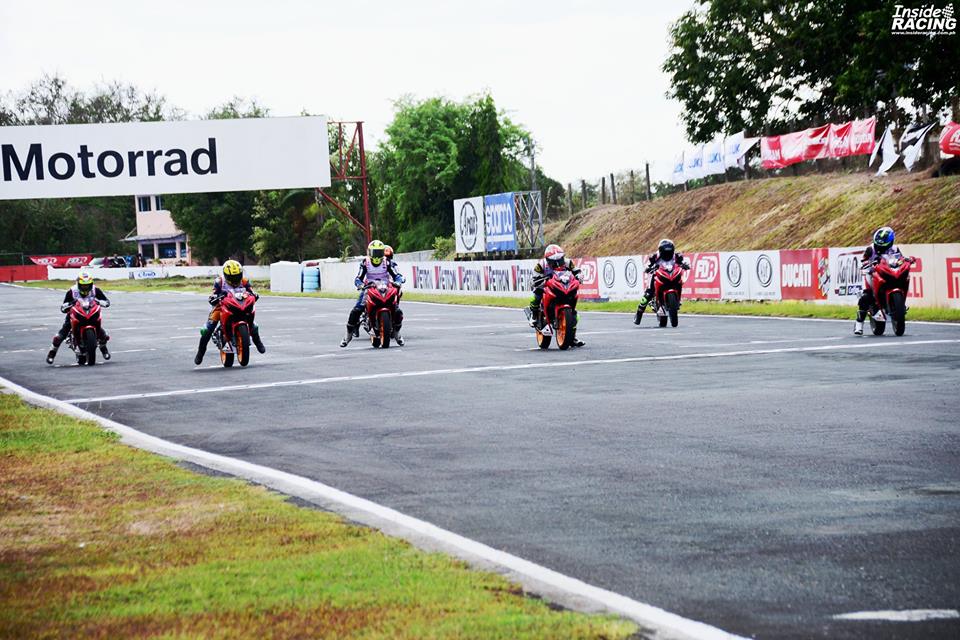 The spirit of competition was already high and ready for the race. However, it was unfortunate for Blente as he sprained his left hand during the warm up session, forcing him not to participate in Race 3 & 4.  As the riders positioned at the grid, Rider #8 committed a “jumpstart” violation and was given a 10 sec. penalty.  It was a consistent battle for the lead group by Sablaya, Barcial and Bergania, while the 2nd group proved to be exciting as well.  This group included Ondillo, Cruz and Reyes. However at the 5th Lap, Cruz slid off at the last corner.  “I tried to make my way through at the last corner but my decision paid the price. I will do my best in Race 4,” said Cruz.

It was a neck and neck battle between Barcial and Sablaya as the former took the lead from Lap 1 to 7. Sablaya was protecting his position from Barcial who was following him from behind all throughout the race.  However at the Last Lap, Sablaya managed to steal the position in the last corner, securing 1st place at the end of the race.  Barcial had secured the 2nd place and Bergania got the 3rd place. 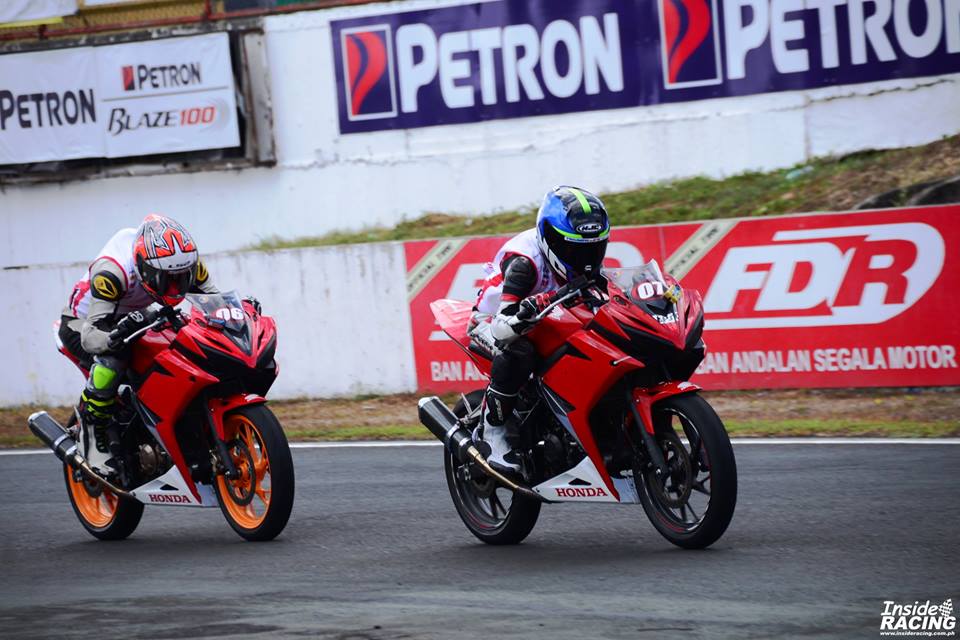 At the beginning of Race 4, the young riders were more determined and aggressive to take the lead.  As the pack approached the 1st corner, Bergania slid off the pack breaking the group into 2.  The 1st group was led by Sablaya, Barcial and Reyes, while the 2nd group consisted of Erika Ondillo, Cruz and Sean Ondillo.  Each group has made the race exciting to watch as they showed what they were made of, which was pure determination to win. 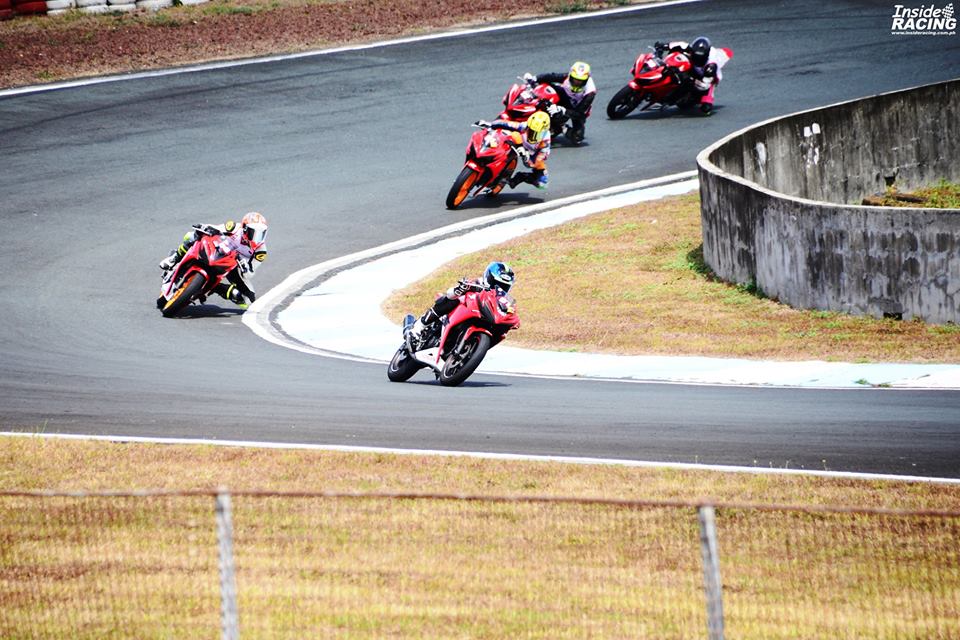 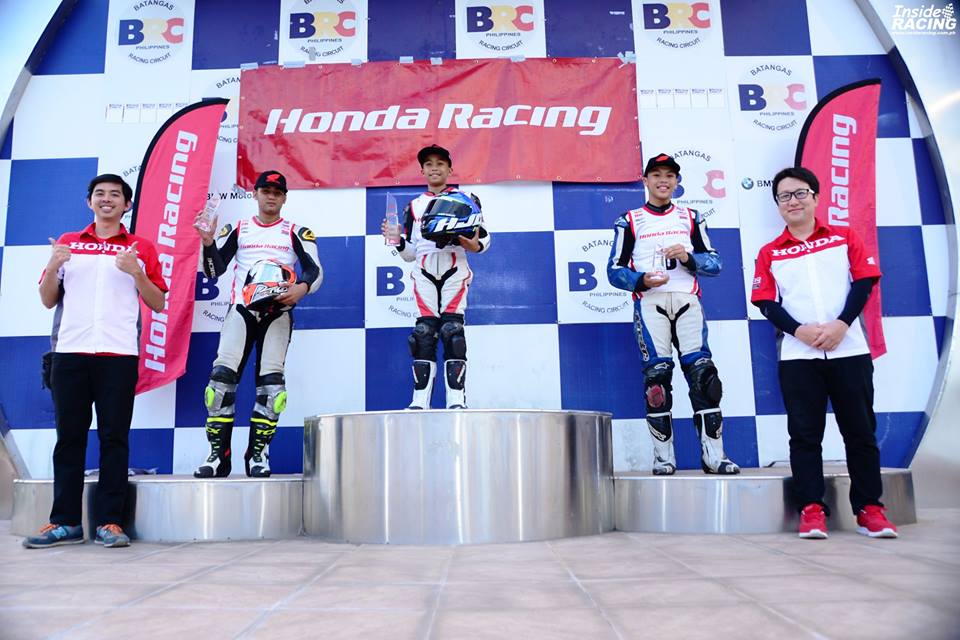 “I am happy that I got the wins for round 3 & 4.  I feel good especially with the CBR150R bike which I am becoming more comfortable with, it’s a good bike for its handling and powerful engine and the weight is just right for me.  I would like to thank God because He is there to protect us during our race and also my father who is always there to support me.  I felt pressured this round 2 because Sean was really getting faster and competing with him is very hard and challenging.  I am excited and challenged to compete at the Clark International Speedway since this is my first time to compete in that track”. 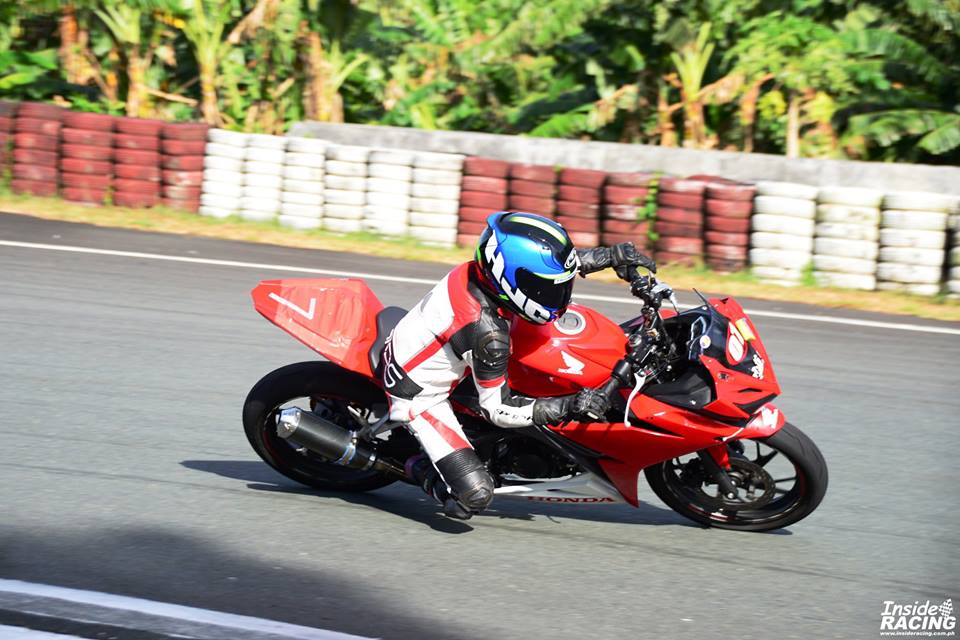 “I felt much better in my performance in Round 2.  I improved my best time and making my turns faster on corners.  I am more confident and comfortable using the CBR150R. Competition with Jakob is very challenging.  I tried to take on opportunity for his mistakes and making my move.  However, my decision on the final corner has made me open, thus I lost a few seconds. Round 3 will be more competitive and aggressive for sure.” 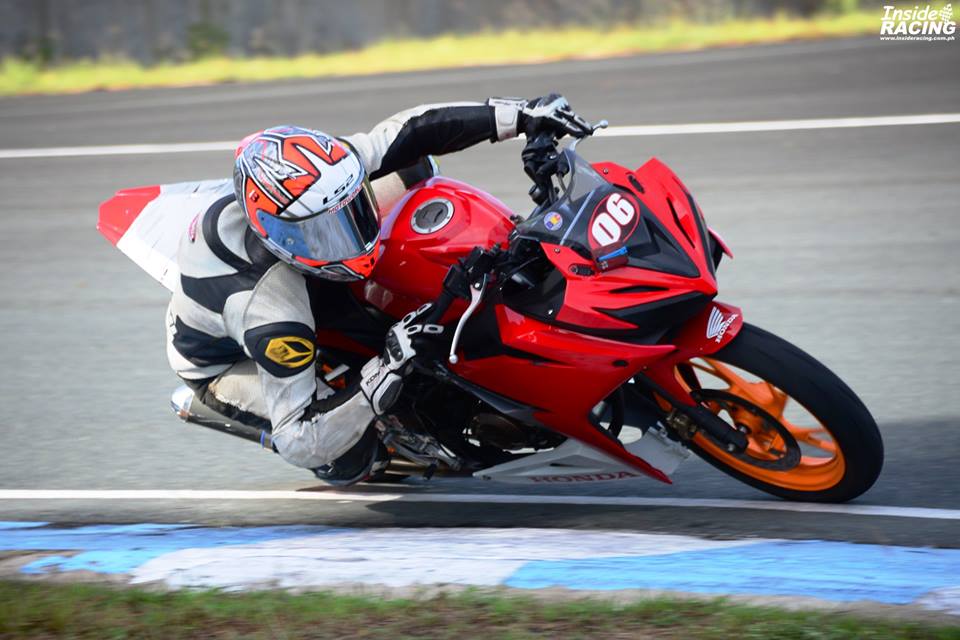 “Round 2 results [were] satisfying since I saw improvement in my performance vs. round 1.  I became more familiar with the track which made me 3 seconds faster.  I am comfortable with the CBR150R, improving my technique on late breaks and cornering especially when I am with Sean and Jakob’s momentum.  I am looking forward to get the best time and try to get the position for the 1st place in round 3.” 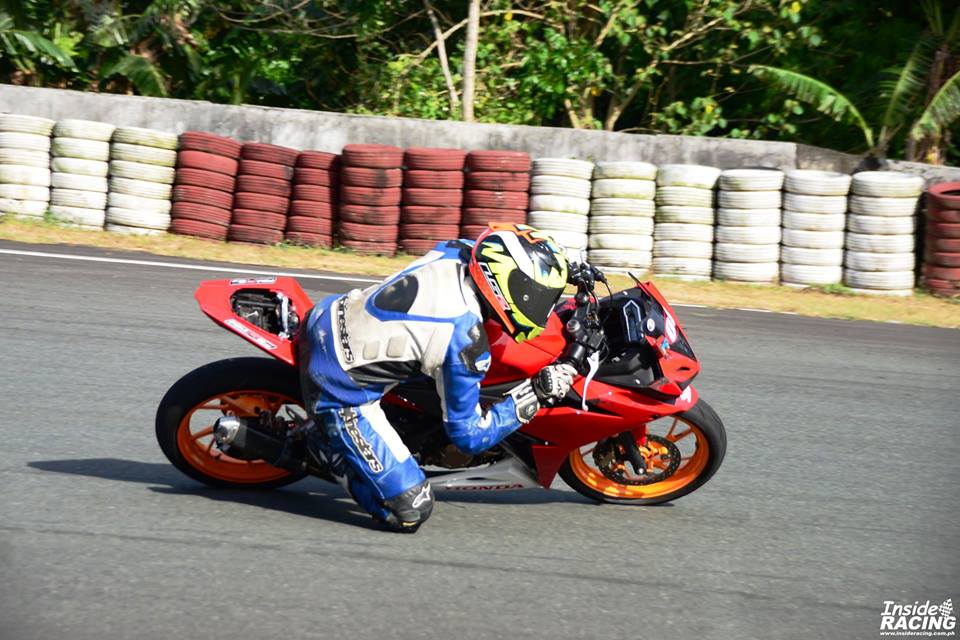 “We are happy with the overall result, as the participants have improved their skills and especially their best time.  We see potential and we expect better competition and improvement in the next 4 legs.”

Words and some photos by Honda Philippines