Join JaDine in their Newest Adventure – The Yamaha Mio: Ride Your Story Campaign 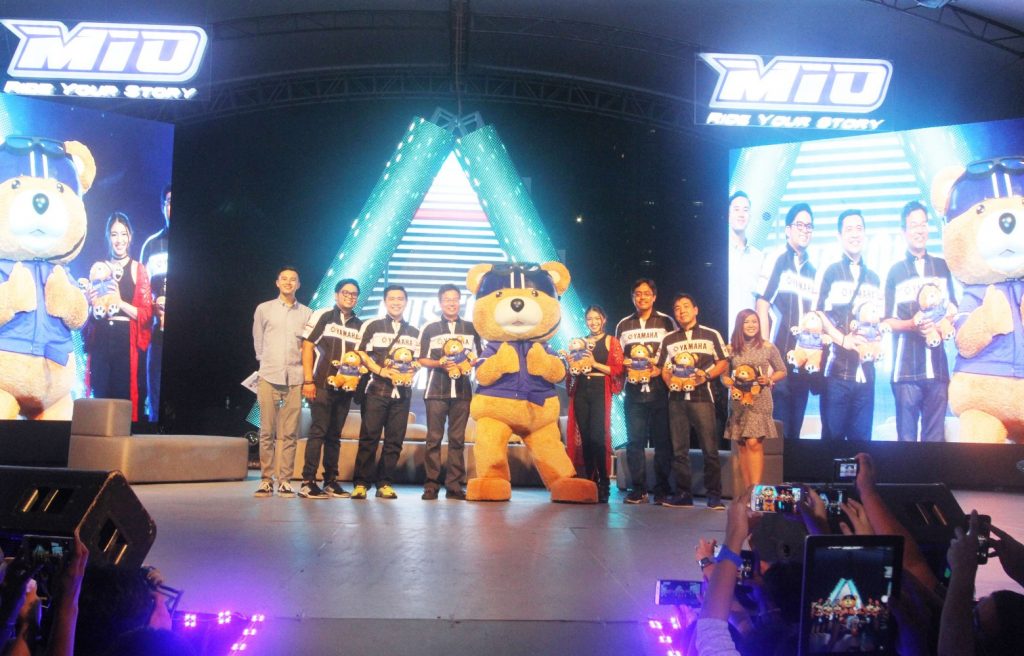 Yamaha Motor Philippines (YMPH) welcomed its two newest ambassadors in a grand launch event that thrilled the crowd in the Greenfield District Park last July 30.  Celebrity couple James Reid and Nadine Lustre with the Mio Motorcycles; the Mio i 125, Mio Soul i 125, Mio 125 Mxi and Mio Sporty, take you on an adventure that will allow you to ride your story. Each Mio motorcycle was presented according to its character and fits different kinds of personalities. As ambassadors, James and Nadine deliver the message of Riding your Story with the Mio motorcycles through the riding lifestyle on and off the road. 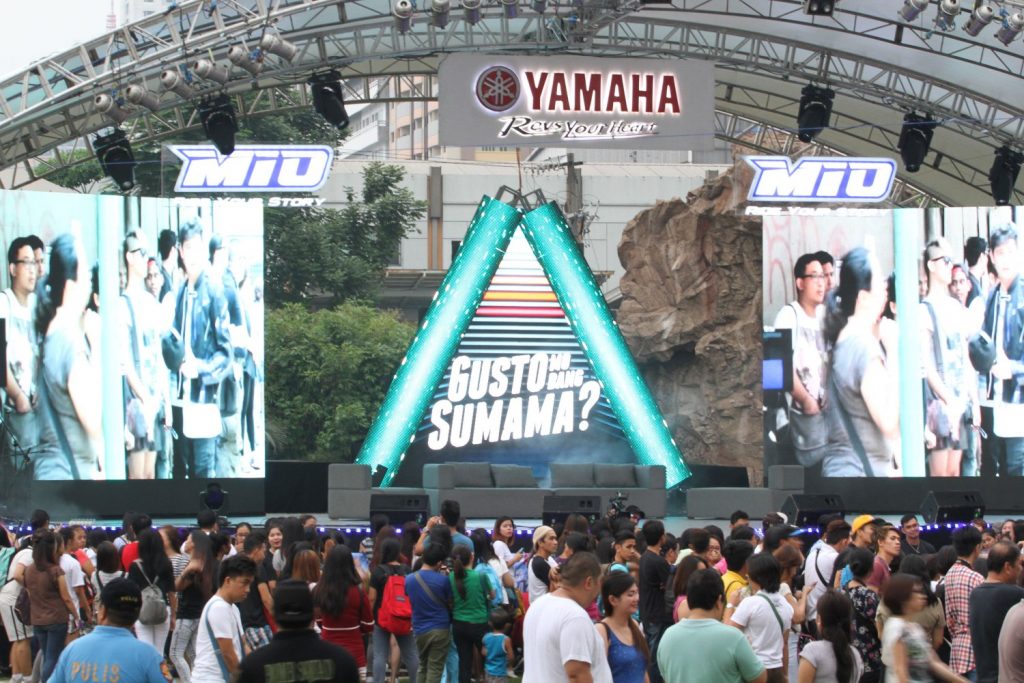 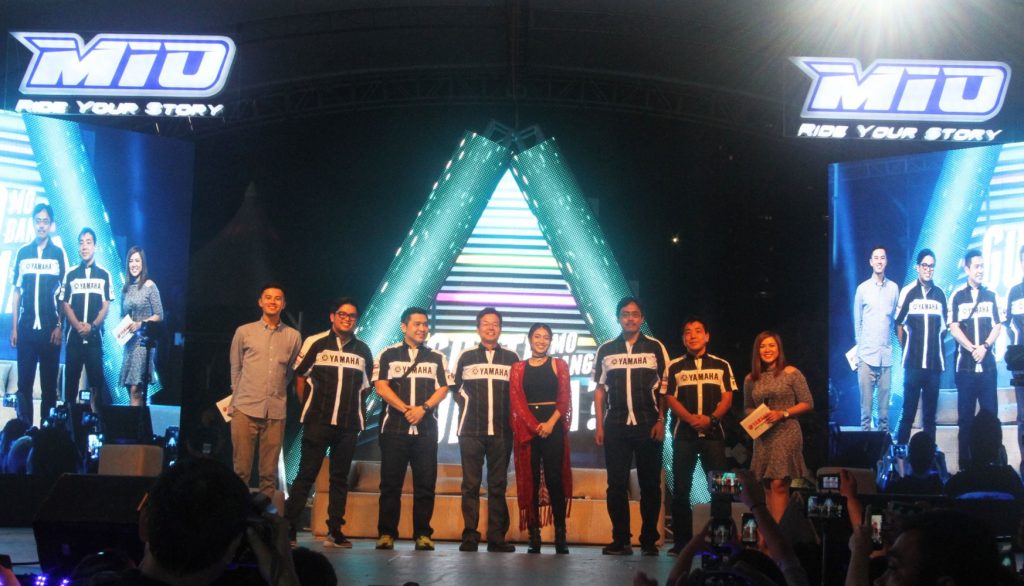 Earlier in the day the Mio motorcycles were experienced by a group of participants in the Yamaha Safe Riding Science Activity which was exclusive for women. The program aims to educate through seminars and hands-on tutorials to give the full extent of the riding experience. A total of 100 female participants joined the activity and they were guided by Yamaha’s certified instructors and conducted it on a special track. The experience allowed the participants to learn how easy it is to learn to ride and how fun it is. All the participants got to meet Nadine during the launch program and the top 10 performers received special recognition. This program is not limited to just the event day because it will be an on-going program that will be made available in all corners of the Philippines. 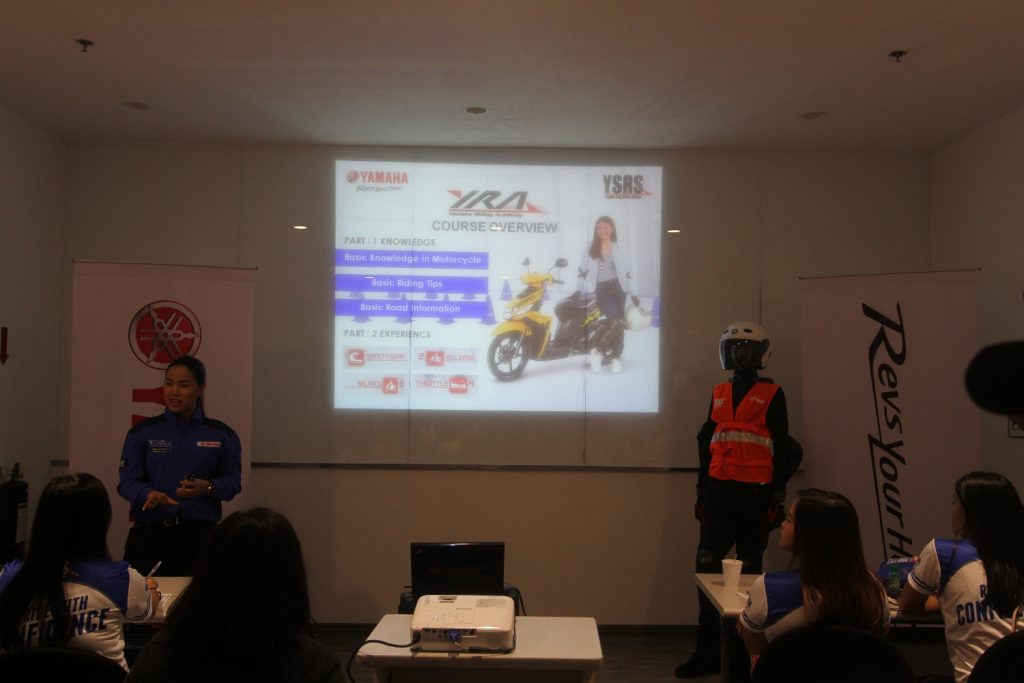 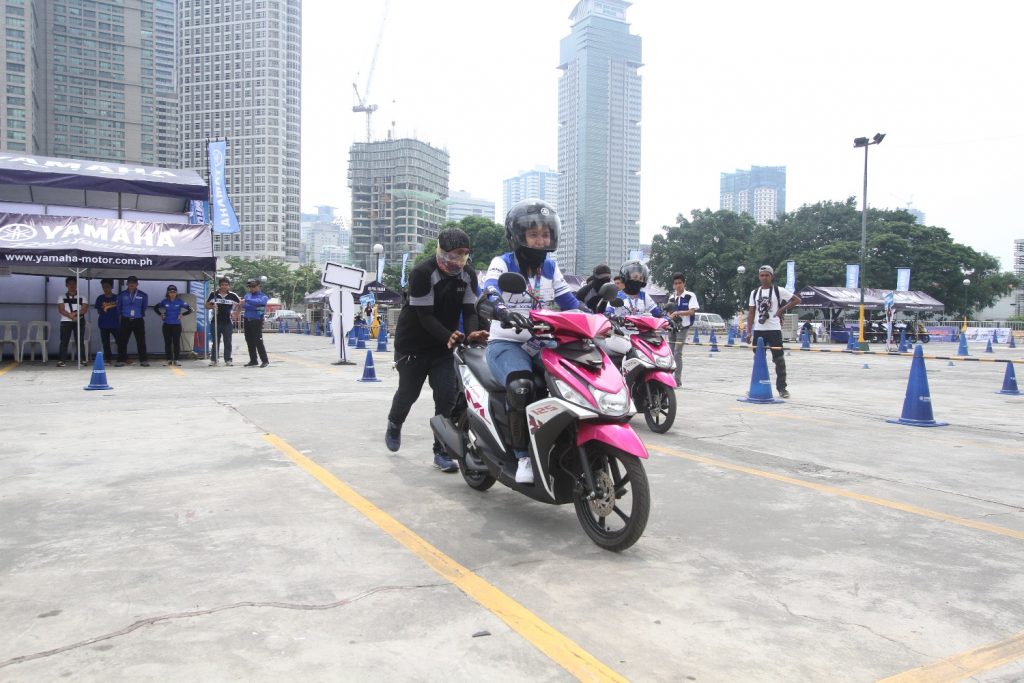 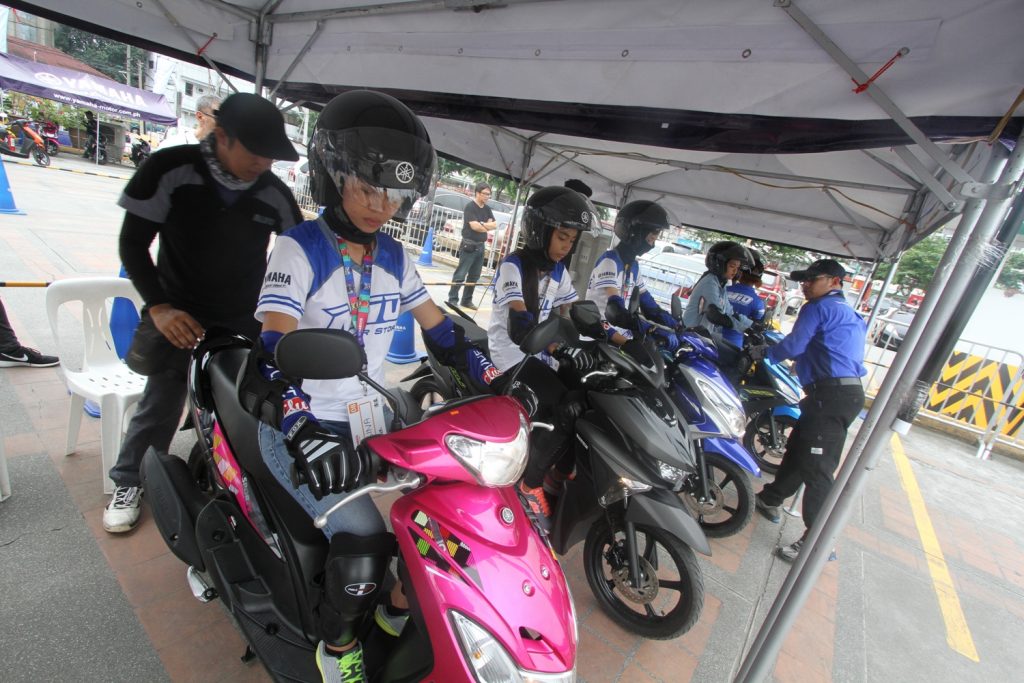 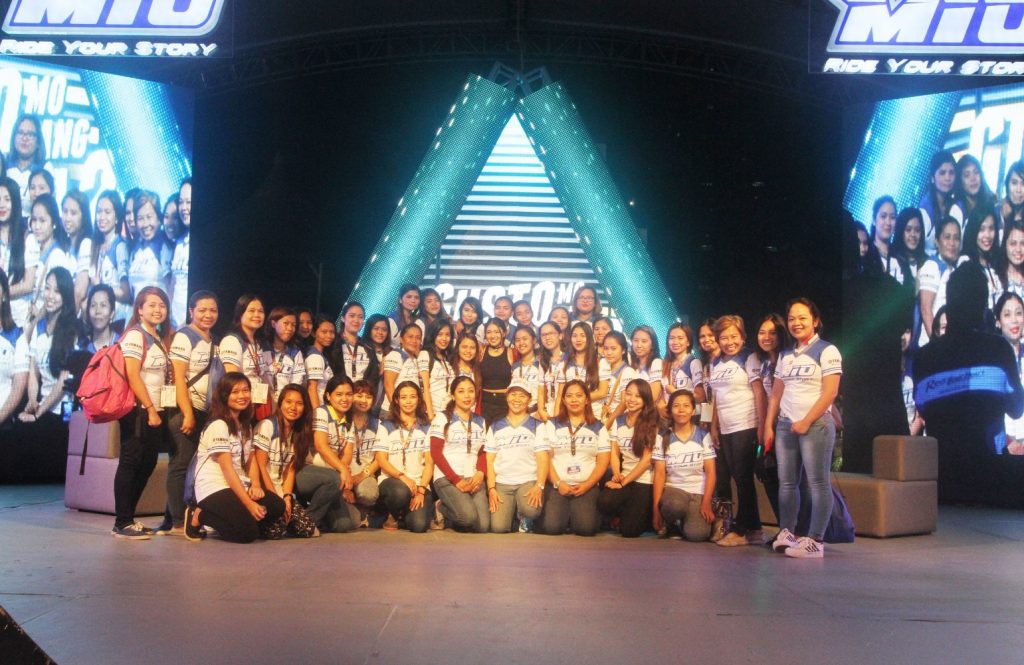 It was announced during the event that the Ride your Story Campaign will be going around different campuses to share what the Mio motorcycles are all about. The campus tour will be tackling the daily problems of students from pressure to traffic conditions and how the Mio motorcycles can help them breakthrough. They will be in Siliman University, La Salle Bacolod, and more around the Philippines. The feel of the upcoming tour was given an empowering start by the NU Underdogs. 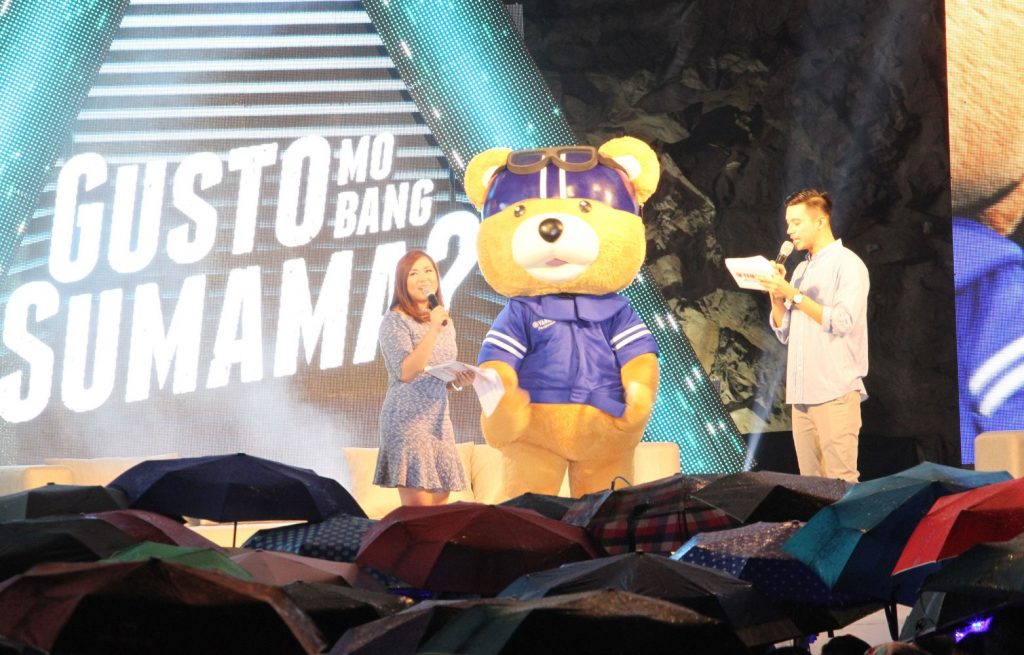 The motorcycles wouldn’t be the only thing going around the country because also introduced during the event was Yamaha’s newest icon, Revvy Bear. As the brand’s signature personality, it embodies passion and enjoyment for riding which Yamaha wants to share with everyone across the country. Revvy will be present in the campaign mall tours in SM Malls starting with SM CITY Pampanga on Aug 25-28.

Revvy wouldn’t be Yamaha’s only icon though because the company is also be on the lookout for the next Mio Ambassadors. They will be called the Mio Revsetters, icons of passion and exhilaration. The search is open to all students who are currently enrolled in College and above 18 years old. They can register at the Yamaha Flagship Shop – YZONE or through the website www.yamaha-motor.com.ph. The top 16 participants will be part of Yamaha’s webisodes and the top 4 will become the official 2016 Revsetters.

The event was not short of entertainment with Spoken Poetry Artist, Maimai Cantillano, who has over 14M views of her performance, was part of program. Breakthrough artist TJ Monterde who has been a staple in Yamaha events wowed the crowd once again and Ella Cruz, the teen dance princess, showcased her skill and showmanship.

Of course, with an event with multiple highlights, the standout moment was the performance of the newly minted Ambassador Nadine Lustre, A fitting finale to the start of an epic journey of Revving Hearts. 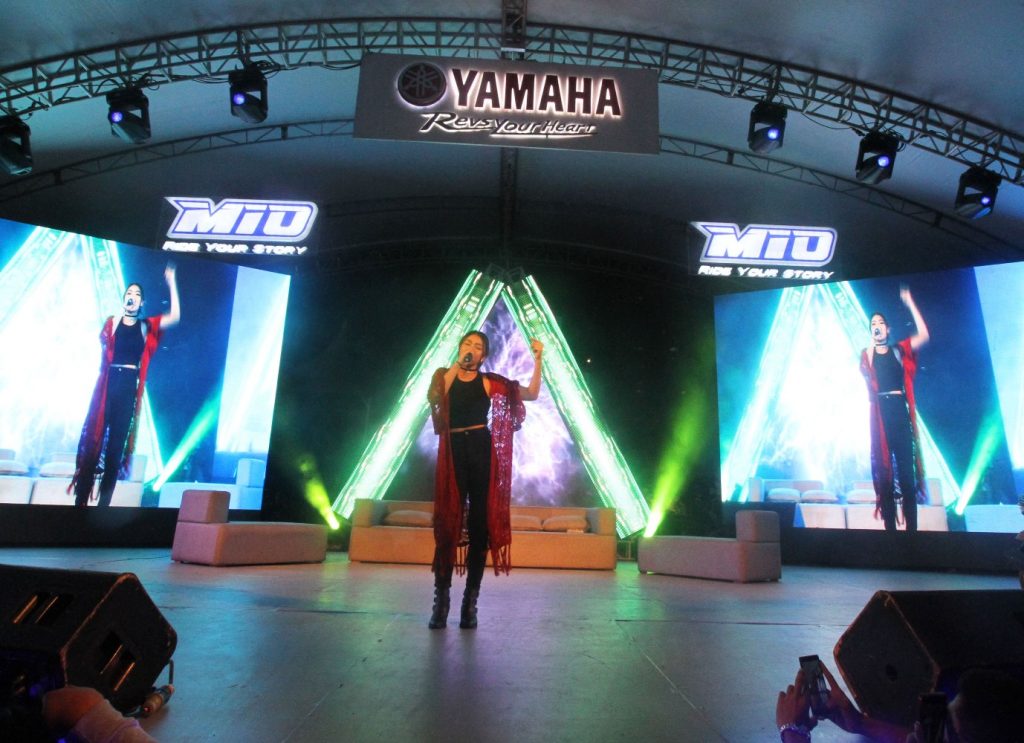 Words and Photos by YMPH