KTM Philippines wraps up the 2017 Orange Day Tour with a huge bang – in Alabang!

The past couple of weekends saw the iconic Austrian brand make a tour of the Visayas with stops in Cebu and Bacolod. This time, it was Metro Manila’s turn to experience what the rave was all about. Closing the show is none other than KTM’s international stunt rider Rok Bagoros. Coming all the way from Slovenia, Rok showed us what Ready to Race is all about, although in a makeshift stunt course in Festival Mall, Alabang. The rain did not dampen his spirit, the same way that it did not dampen the excitement level of the sizeable crowd in the parking lot grounds. He did two shows, each one with a unique flair from the other. KTM Philippines’ CEO Art Tan, and COO Dino Santos addressed the crowd and thanked everyone for coming.

But of course, the day was still all about the bikes. On display were several of the bikes that KTM offers – from Adventure Bikes to street bikes. The crowd was able to witness what Rok’s modified KTM Duke 200 was capable of. Rok’s stunt area doubled as the test ride area and the smaller Duke and RC series were available for test riding.

KTM definitely was able to spread ORANGE around the nation and who knows, there might be another Orange day in your town or city very soon! 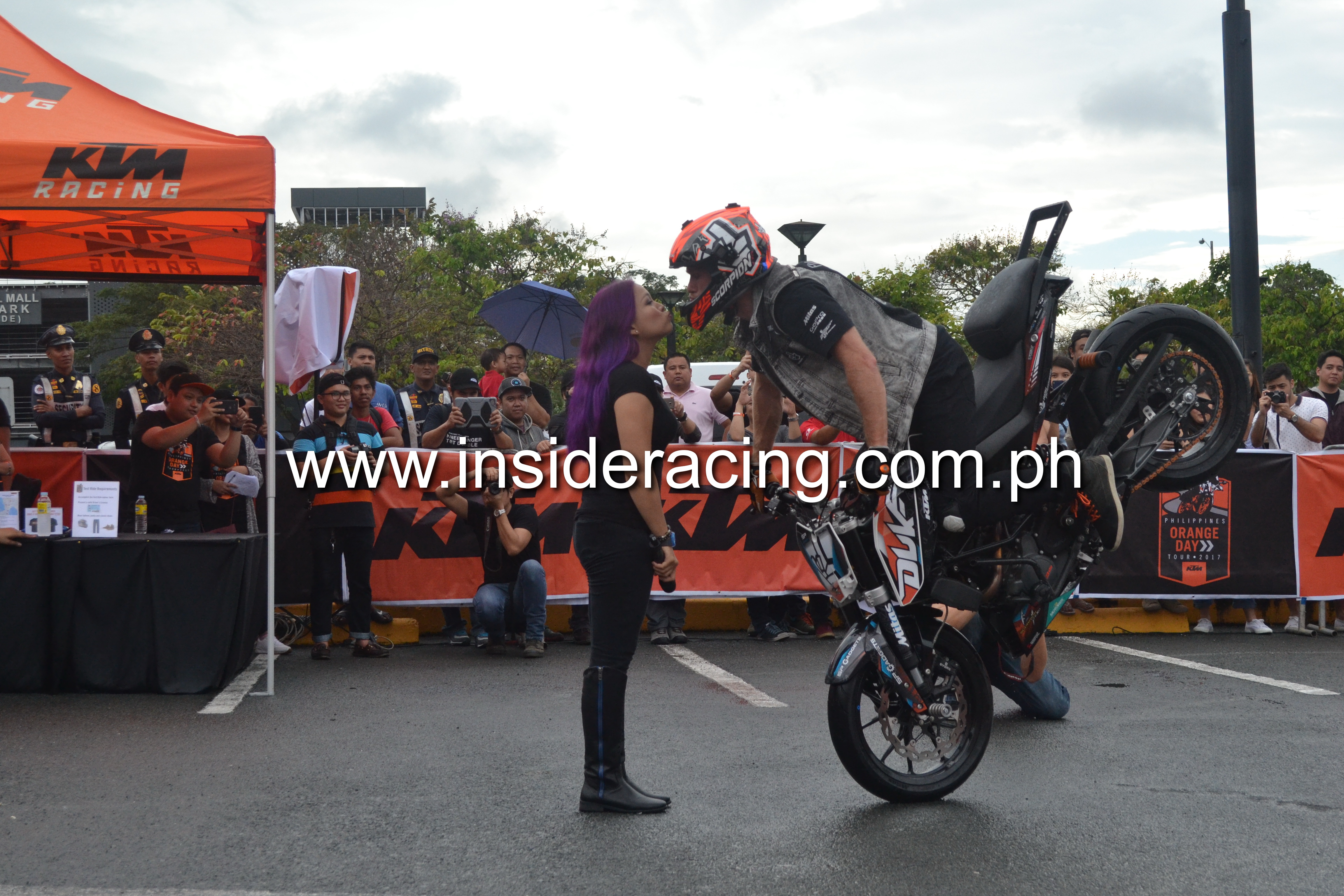 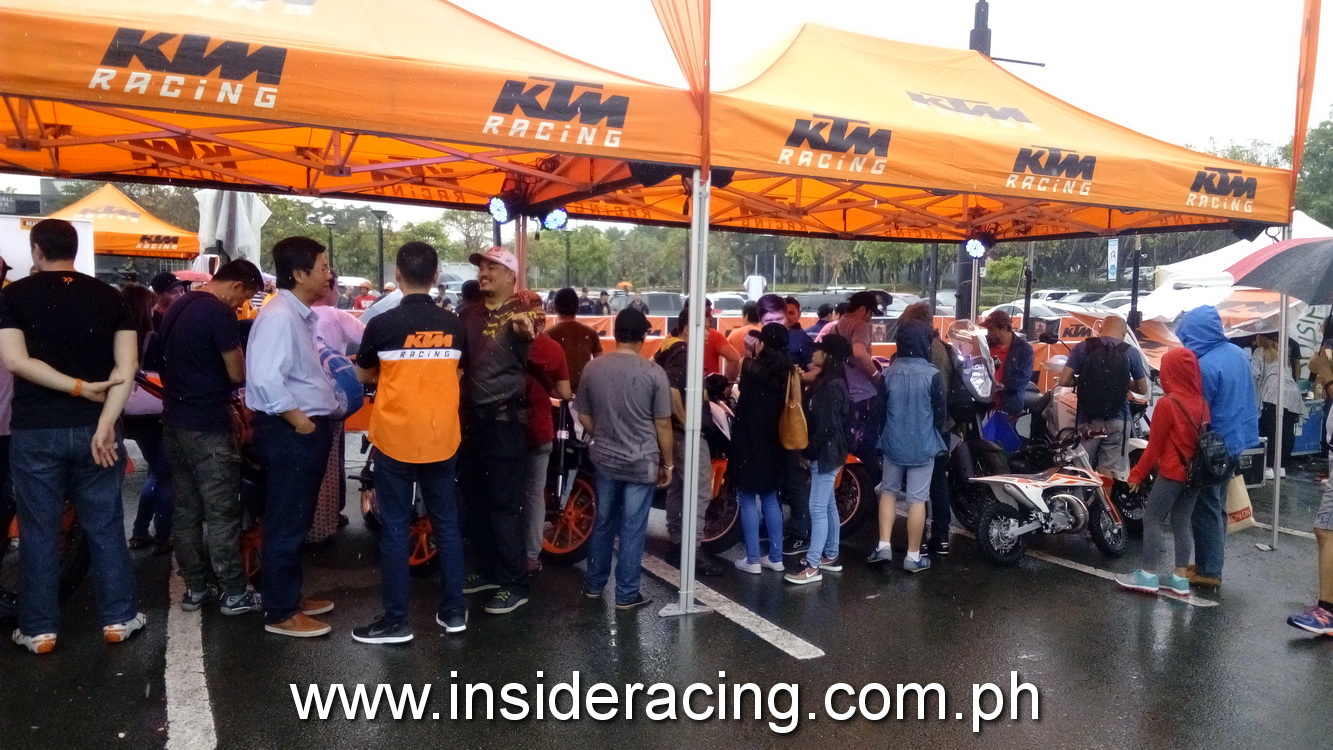 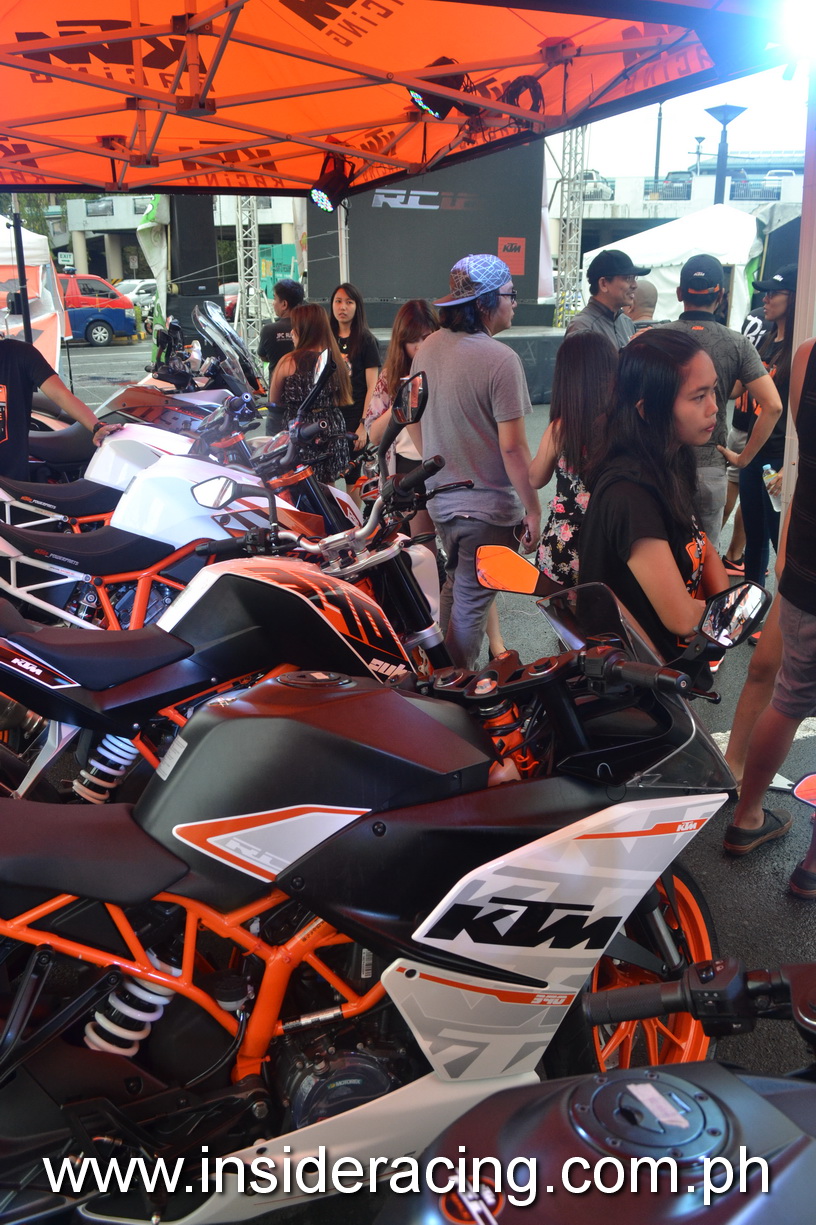