Mascardo in top 5, while Rellosa & Borbon in top 9 in Race 2 of the Suzuki Asian Challenge 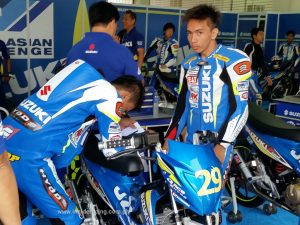 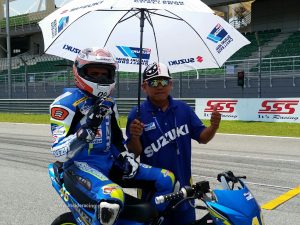 Team Suzuki Pilipinas’ riders made a very respectable race debut last weekend at the Sepang International Circuit (SIC) in Malaysia during the opening two rounds of the inaugural 2015 Suzuki Asian Challenge. It is a competition among 17 riders from Indonesia, Thailand, Malaysia,Singapore, Japan, Sri Lanka,Vietnam and India. All riders will be racing identically prepared Suzuki Raider R150. The series is part of the 2015 Asia Road Racing Championships which is celebrating its 20th year. 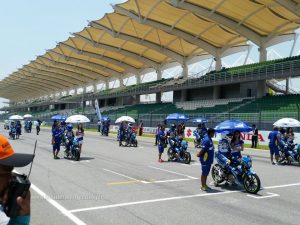 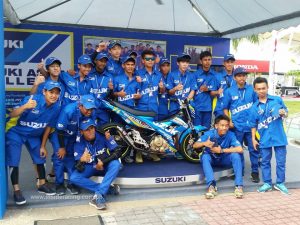 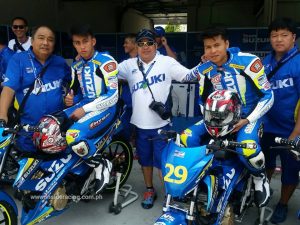 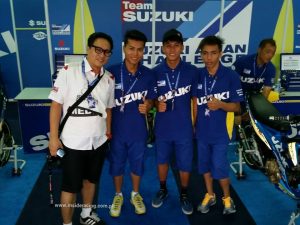 The three riders were chosen by Suzuki Philippines after a Shoot-out last March 22. Mascardo now lies 6th overall in the standings while Rellosa is in 10th and Borbon 12th overall. It was an impressive performance indeed for the three boys who were mainly street-track oriented. It took ime and effort for them to get accustomed to the big,wide and fast circuit but they showed that thay can leaen fast. Next race will be in Sentul Indonesia on in June.