Miller under Losail Circuit lap record as he tops the third day of testing in Qatar. Bagnaia closes ninth

Second, already at the end of last week’s two-day test, Miller continued to impress as he topped the timesheets during the day’s final “time attack”, setting a fastest lap in 1:53.183. The Australian was 197 thousandths quicker than Losail official lap time record, which is held by Marc Márquez and dates back to 2019 (1:53.380). 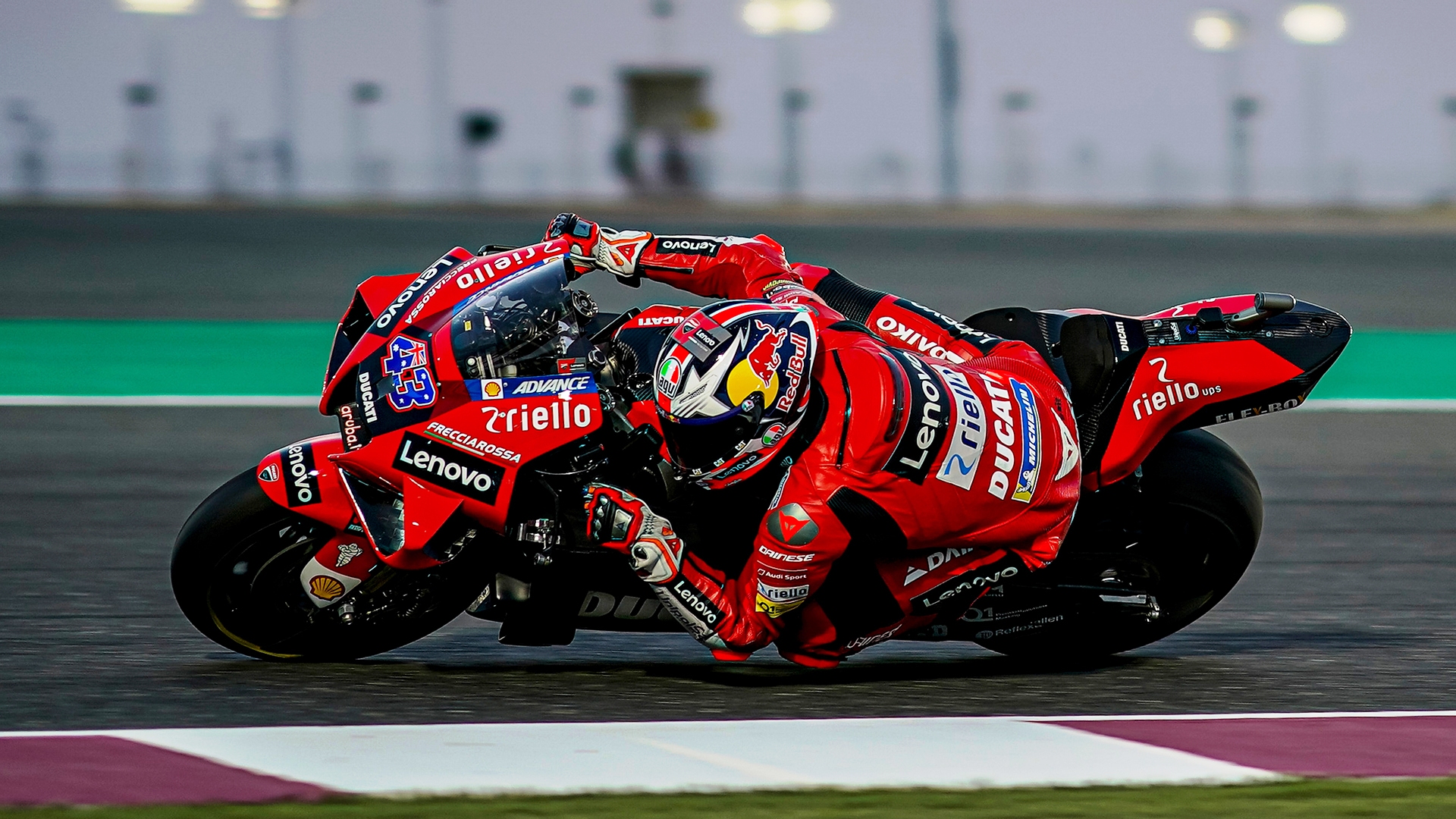 It was a positive day for Bagnaia too. Compared to his teammate, he didn’t try a “time attack” this evening, as he preferred to focus instead on his bike’s setup work. The rider from Piedmont completed a total of 51 laps, finishing ninth in 1:54.236. 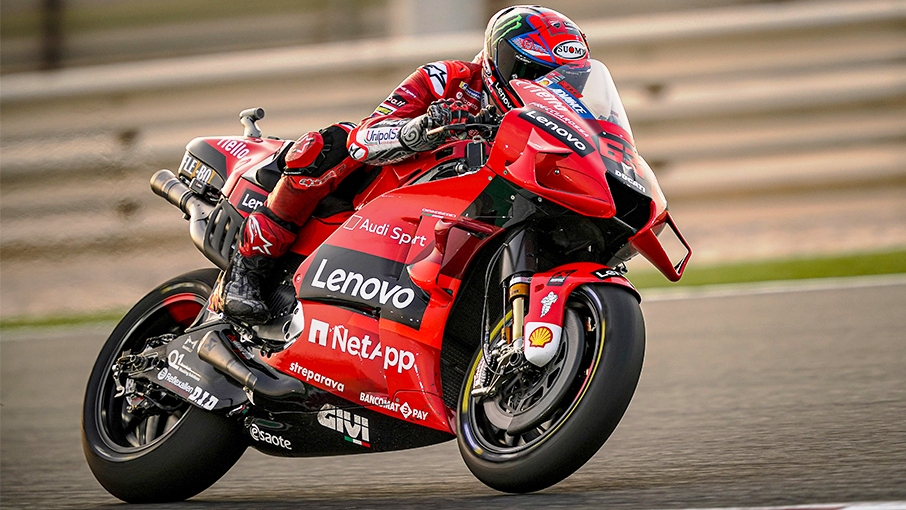 Ducati MotoGP Test Team rider Michele Pirro was also on track during the early stages of the session, continuing the development work on the Desmosedici GP21.

Jack Miller (Ducati Lenovo Team, #43) – 1:53.183 (1st – 51 laps)
“The conditions were excellent and permitted us to set very quick lap times: there was no wind, the track was clean, and even the humidity levels were perfect. We didn’t really focus too much on the “time attack”, but we worked on improving every area of the bike. We are trying to gain some rear grip in the third sector, where we are still struggling. Today I rode mainly with the new fairing, which I feel really good with”.
Francesco Bagnaia (Ducati Lenovo Team, #63) – 1:54.236 (9th – 51 laps)
“It has been a positive day. We tried two different setups, and the feedback is really good. Unlike Jack, I didn’t try a time attack, but I preferred to focus on other aspects. On the other hand, I know I have a good pace, and in the next few days, we’ll also do a race simulation”.