The Monster Energy Yamaha MotoGP Team had high hopes for a podium at the Gran Premi Monster Energy de Catalunya. Fabio Quartararo put up a strong fight and held on to third place in the race, despite unexpected circumstances concerning his rider gear. However, the incident did make him take a shortcut. Race Direction accordingly gave him a 3-second penalty, that put him in fourth place. Maverick Viñales had a brave ride, setting similar lap times to the frontrunners, and finished in sixth place. 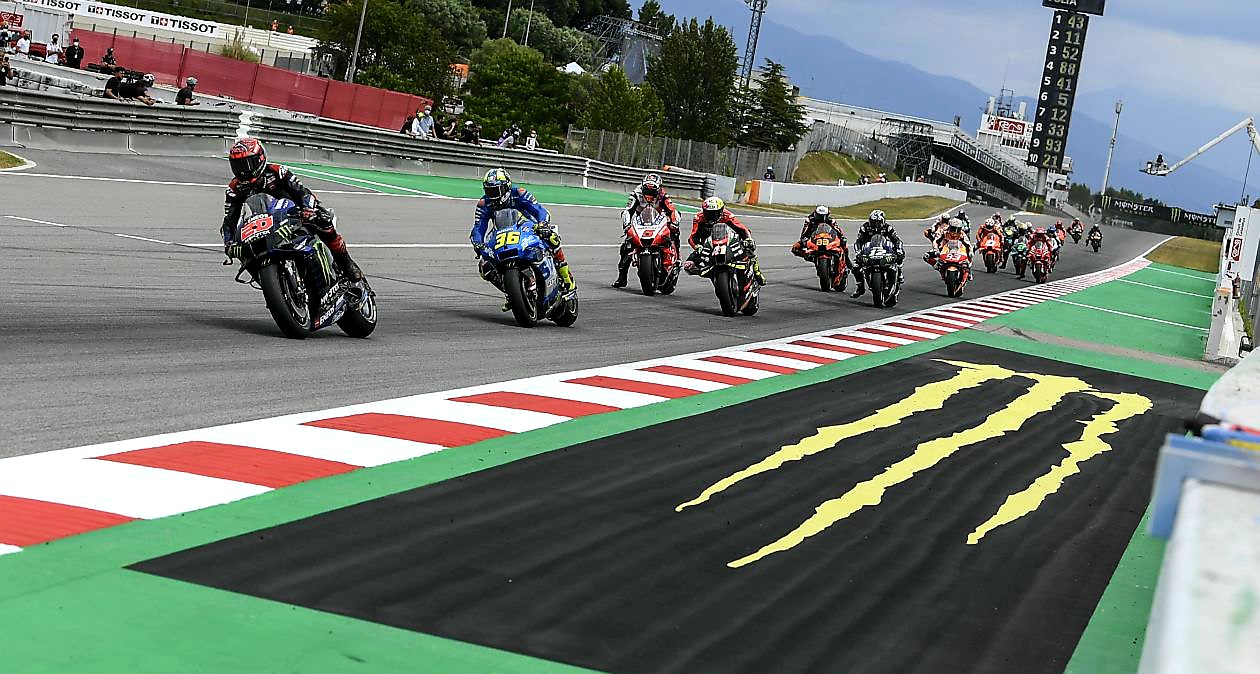 Quartararo started well from pole and emerged through the first corners in third place. He got into a hard fight. A mistake on lap 2 dropped him back to fifth and he lost another position to Johann Zarco, but that was only temporary. He was soon back into fifth position hunting down the leading quartet.

The Frenchman promptly closed the gap and started picking off the riders ahead of him one by one. With 18 laps to go, he was in second place and eager to chase down Miguel Oliveira, one second in front of him. The championship leader knew he had the pace with some clear space in front of him. 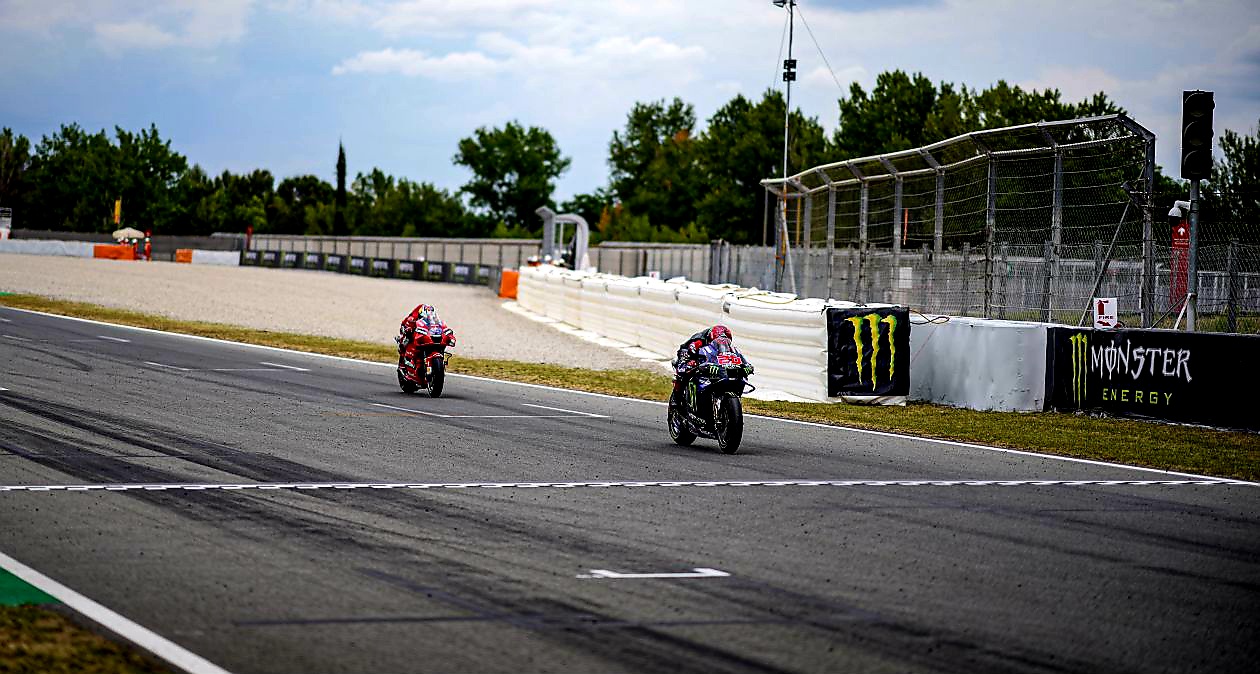 The number-20 rider had the bit between his teeth. Five laps later, he put his YZR-M1 in first place and tried to clear off, but Oliveira used the slipstream to retake the lead. Quartararo had to be clever, picking a strategy that would keep him firmly ahead. However, left-side tyre degradation and an unexpected situation with his rider gear spoiled his plans. He fell back to third. Still, El Diablo bravely soldiered on and managed to hold on to his position until the chequered flag. A 3-second penalty for taking a shortcut after running wide cost him a place on the podium, putting him fourth in the results.

Viñales managed the tricky opening stages well. He started from sixth on the grid and held seventh place after the first lap. The busy mid-pack meant that occasionally some fairing paint was exchanged. The Yamaha man lost a bit of momentum when hit by another rider, but he was good to continue in eighth place. 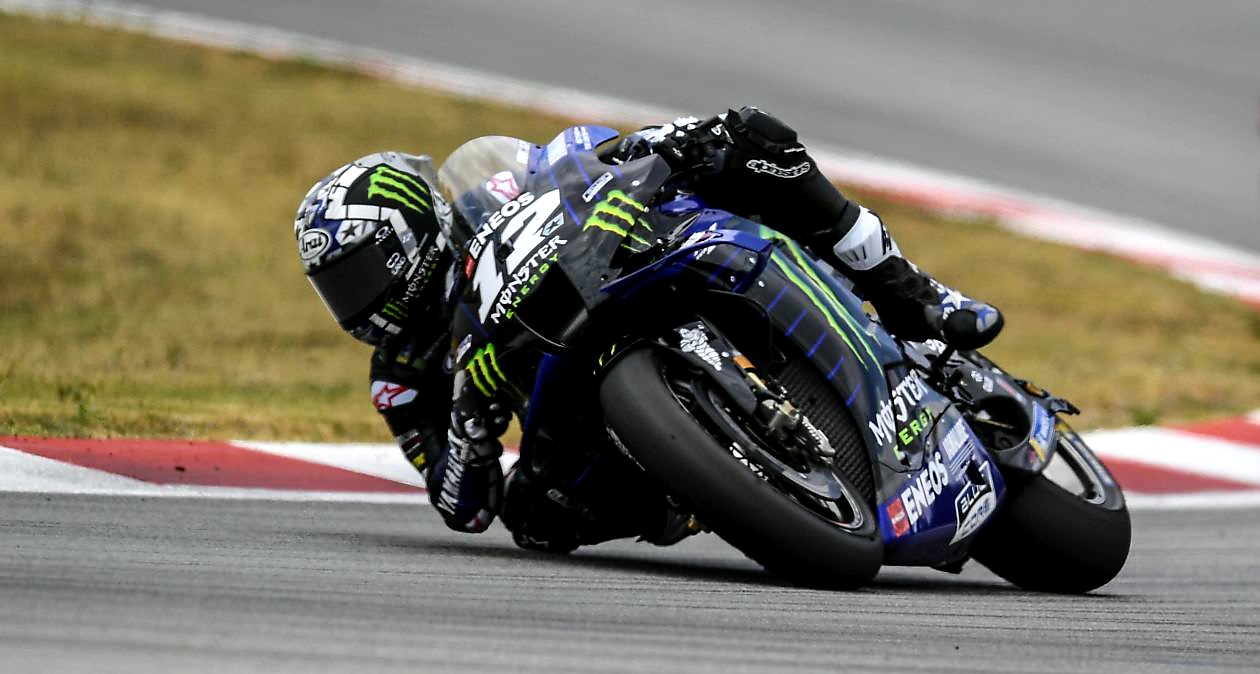 With Marc Marquez crashing out on lap 8, Top Gun moved up to seventh, and he was also making progress reeling in the rider ahead of him. With 14 laps to go, Viñales made his move on Aleix Espargaró, so he could try for a top-5 placement. Though he managed to close in on Joan Mir in fifth, the ride to the front had asked too much of his medium-medium tyres. He crossed the finish line in sixth place, 6.281s from first.

The results see Quartararo hold on to the lead in the championship standings with a 17-point advantage and a 118 points total. Viñales remains in sixth, with a 74 points total. Yamaha is still in first place in the Constructor championship with 145 points, and the Monster Energy Yamaha MotoGP team is also in first place in the Team standings with 192 points. 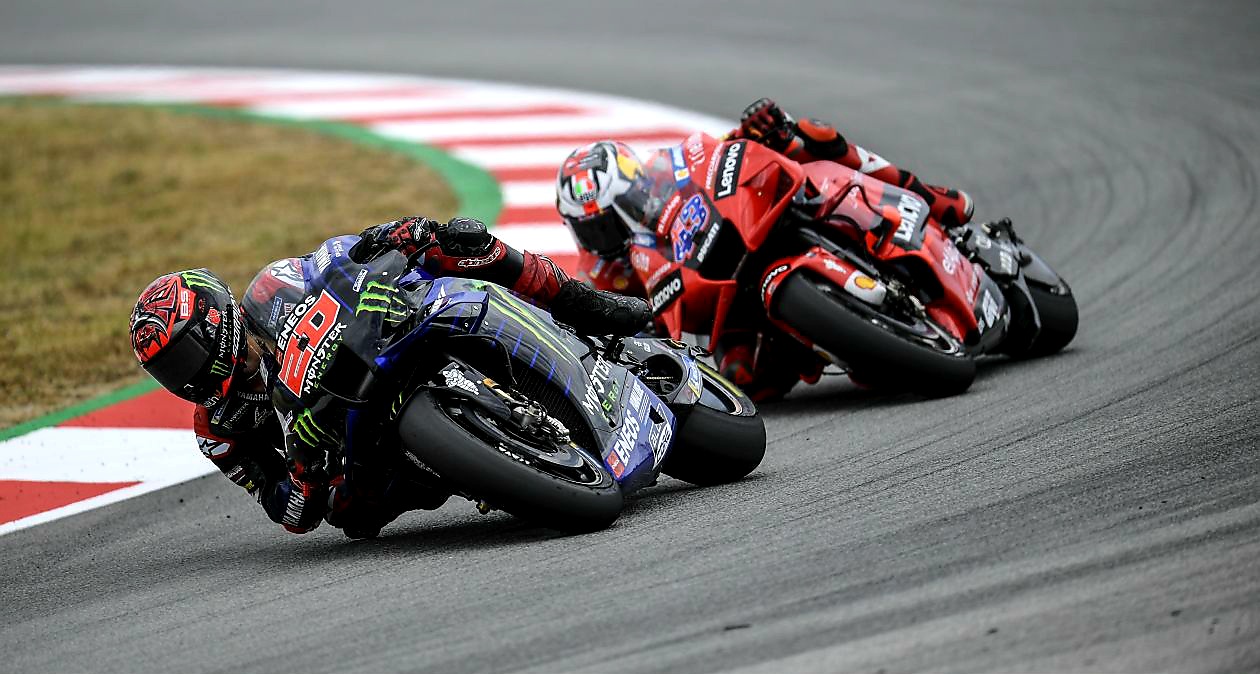 On June 7, the Monster Energy Yamaha MotoGP Team was back in action at the Barcelona circuit for an official one-day IRTA test. The next MotoGP race weekend is scheduled to take place in two weeks’ time, at the Sachsenring in Germany from 18th – 20th June 2021.

Massimo Meregalli (Team Director): “It’s a bit of a disappointing end to an otherwise good race weekend. We knew the final laps of the race would be decisive but, even though Fabio tried to manage the tyres as good as possible, we lost some performance on the left side. We don’t know what happened yet with Fabio, but regardless of what caused the situation, he showed what a fighter he is by hanging on to third place. The 3-second penalty moved him back to fourth, but that’s still a good result when an issue beyond our control happens. Maverick’s result doesn’t fully represent the positive momentum he gained this weekend. He fell back to eighth in the first laps, and that cost him some valuable time, but his mid-race pace was similar to that of the front group. Keeping in mind that he made a lot of changes this weekend, to be able to close in on the leading five riders is a positive sign of things to come. The team will have an official one-day IRTA test here. After that we will enjoy a week of rest, before we start the next back-to-back race weekends in Germany and The Netherlands respectively in two weeks’ time.”

Fabio Quartararo: “Unfortunately I can’t explain what happened yet, we are still looking into it. It’s a bit disappointing but, anyway, we can still be satisfied with our race, because I feel like I gave it 100%. I’m happy because our pace was fast all weekend. In the race I didn’t feel that good. We had a moment in Turn 7. I went wide, then retook the lead, and then had an issue. But getting fourth on a bad day is actually quite good.” 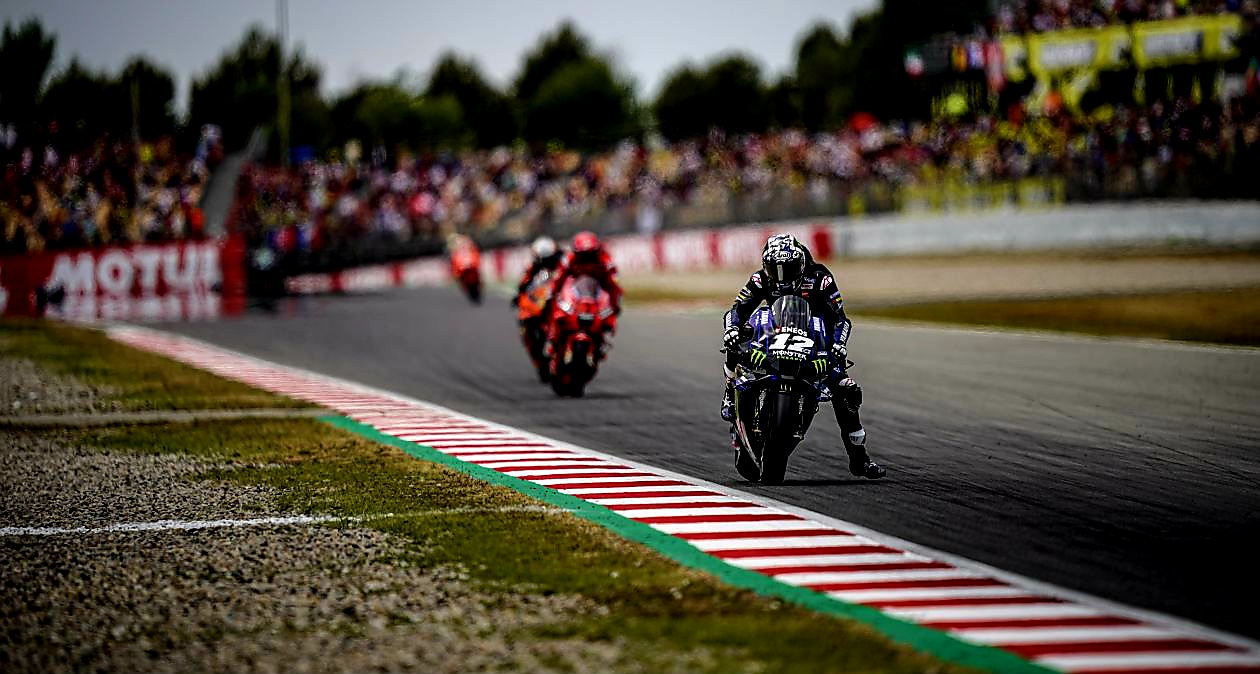 Maverick Viñales: “I’m happy. It’s been a very positive race. For sure, when you start there, from the second row, it’s difficult. You are fighting with everyone, and I just lost too much time. On the first lap I lost 3-4 seconds, which is what we missed to be at the front. But at the end of the day, I think we were riding fast. In the middle of the race we had a good pace, and I was managing the tyres quite well, but then I arrived behind Mir. I couldn’t overtake and I was too slow. Anyway, this weekend has been positive. It has given us a lot of motivation and concentration for the test.”