Monster Energy Yamaha MotoGP’s Maverick Viñales was eager to make up some positions in the Gran Premio de España, but he wasn’t able to get into the mix at the front of the pack and finished in 7th place. It was a heartbreaking race day for Fabio Quartararo. He was on route to take his third-consecutive GP victory until sudden arm pump problems spoiled his charge with 12 laps to go. He showed great perseverance and still completed the race in 13th place. 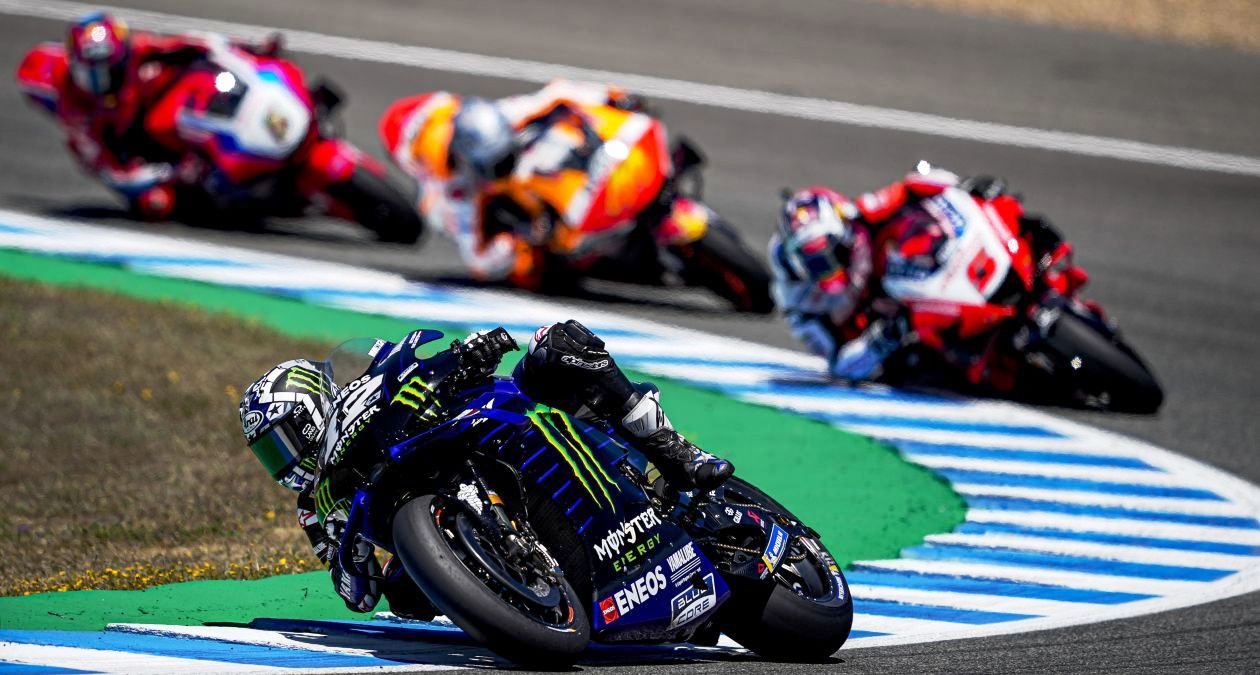 The Monster Energy Yamaha MotoGP Team made the most of a difficult day at the office at the Gran Premio de España. Maverick Viñales took important championship points by securing seventh place, allowing him to maintain his third place in the standings. Fabio Quartararo led today’s race from lap 4 to lap 15, but sudden arm pump prevented him from taking his third-consecutive victory. Still, he put in a heroic ride, finishing the 25-lap dash in 13th place.

Starting from seventh on the grid, Viñales negotiated the first corners skilfully in the busy mid-pack and emerged in ninth place. When Álex Rins crashed, the Yamaha man gained a position but wasn’t able to make much progress in the opening stages of the race due to turning problems in the slow corners. A swap with a charging Johann Zarco lost him a bit more time, but he wasn’t taking the fight lying down. He recovered his eighth place on lap 10 and made it stick. 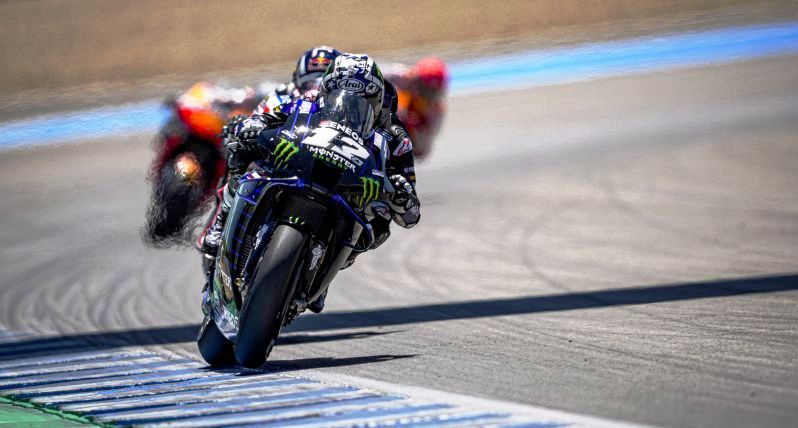 The Spaniard spent another ten laps holding on to his spot, until he overtook his team-mate. The number-12 rider was eager to reel in Aleix Espargaró for a top-6 position, but he came 0.487s short when he took the chequered flag in seventh, 5.651s from the top. Still, today’s result earned him nine important points for the championship standings.

Quartararo started from pole and slotted into fourth place after the first corner. It was just temporarily though. He wasn’t shy to overtake Francesco Bagnaia, Franco Morbidelli, and Jack Miller one by one in Lorenzo’s corner on the opening four laps. Being back in first position was his cue to put the hammer down, setting a new Fastest Lap Record of 1’37.770s on lap 8. 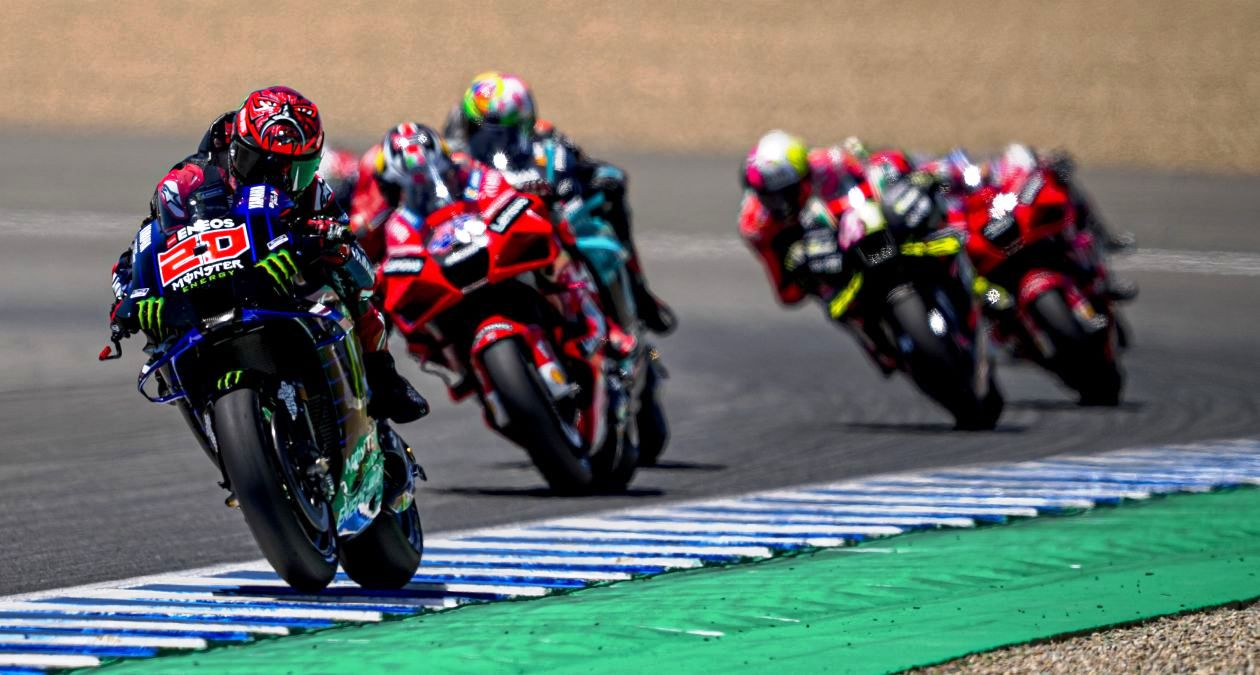 With 17 laps to go, the gap to the rider in second place was over a second. This allowed El Diablo to run his own race. He was smoothly cruising to his third win on the trot until, with 12 laps to go, he suddenly experienced a severe case of arm pump. He lost his 1.4s lead in one lap and couldn’t defend his position from Miller. Unable to push due to the excruciating pain, he lost further positions over the next ten laps. Though he kept riding like a trooper, he dropped down to 13th place, crossing the finish line 18.907s from first.

After the Spanish GP, Quartararo is in second place in the championship standings with 64 points, and Viñales stays in third place with a 50 points total. Yamaha still heads the Constructor championship with a points total of 91, and the Monster Energy Yamaha MotoGP team also remain in first place with 114 points.

The Monster Energy Yamaha MotoGP Team will be back in action at the Circuito de Jerez – Ángel Nieto tomorrow for the one-day official IRTA Test. The next MotoGP race weekend is scheduled to take place in France at the Le Mans track from 14th – 16th May 2021.

Massimo Meregalli (Team Director): “We had a difficult and disappointing race today. Fabio had a problem with his right arm. Because of the arm pump he had no feeling and was in a lot of pain. It’s such a shame. It happened suddenly while he was leading the race by 1.4s and with the pace to win. He was completely happy with the bike and was cruising to a victory. But our main concern is Fabio’s wellbeing. Tomorrow he will get his arm checked. Maverick rode a steady race. His starting position held him back a bit. It’s important to start from the front, especially with the lap times being so close. Unfortunately, we weren’t able to let the bike turn the way Maverick wanted, and this is what we will focus on tomorrow during the test. Overall, these weren’t the race results we had envisioned, but Fabio’s form in the first half of the race shows we have great potential.” 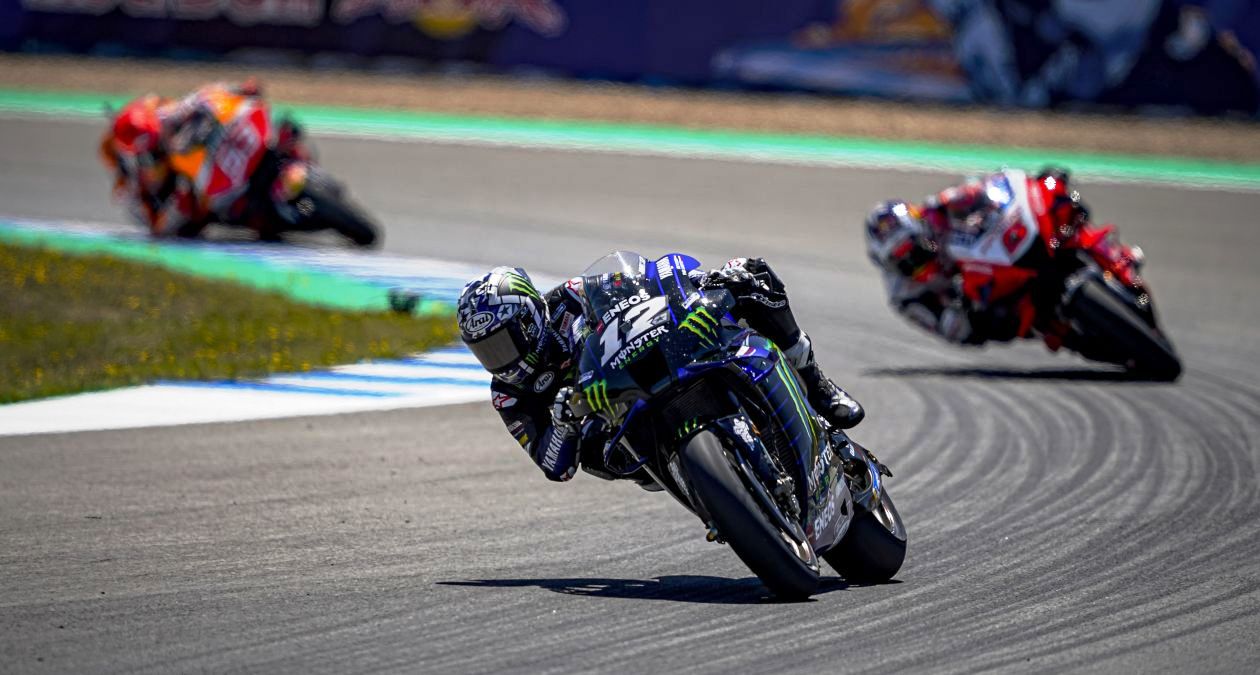 Maverick Viñales: “Our rhythm was quite good, but everyone was going very fast, and it was very close in terms of lap times, so if you don’t start at the front it’s going to be a hard race. If we had started from the front, it would have been a different kind of race. But we did have a problem in the slower corners, and that’s something we need to work on. On the rest of the track the bike was fantastic, but I had to brake really early to turn, and I lost too much in that area. I think if we solve that, the bike will be fantastic, so overall we are on a good level.”

Fabio Quartararo: “The arm pump problem was clear today. For more or less 10 laps I could hold Jack Miller at bay by one second, but then I suddenly had no more feeling in my right arm. We were in a great position to win here. I could have even gone a bit faster. Our strong point of riding on the used tyre was finally not necessary, because I didn’t have any power left in my arm. I will take my time today to think over the situation and try to make the best decision about how to deal with arm pump as soon as possible. My home Grand Prix is coming up next, and I want to be fit there, that’s important to me. I know that the bike works well there and that I will perform well. I want to solve this problem as fast as possible, but in the best way.” 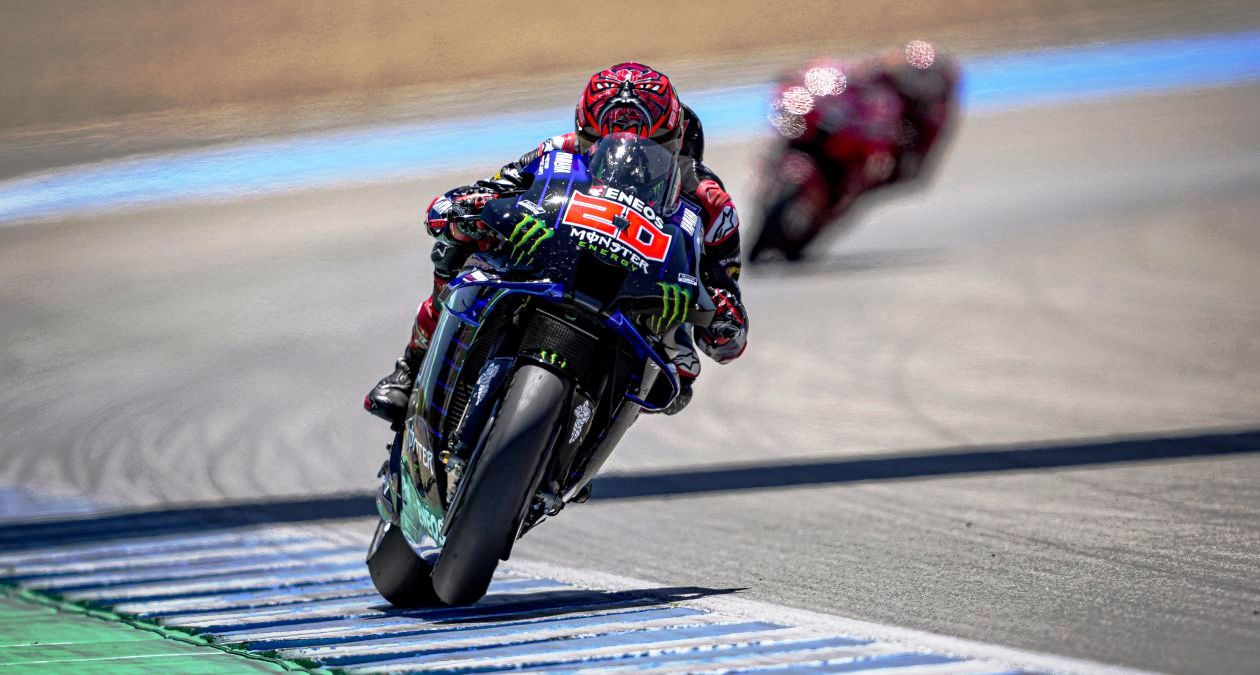 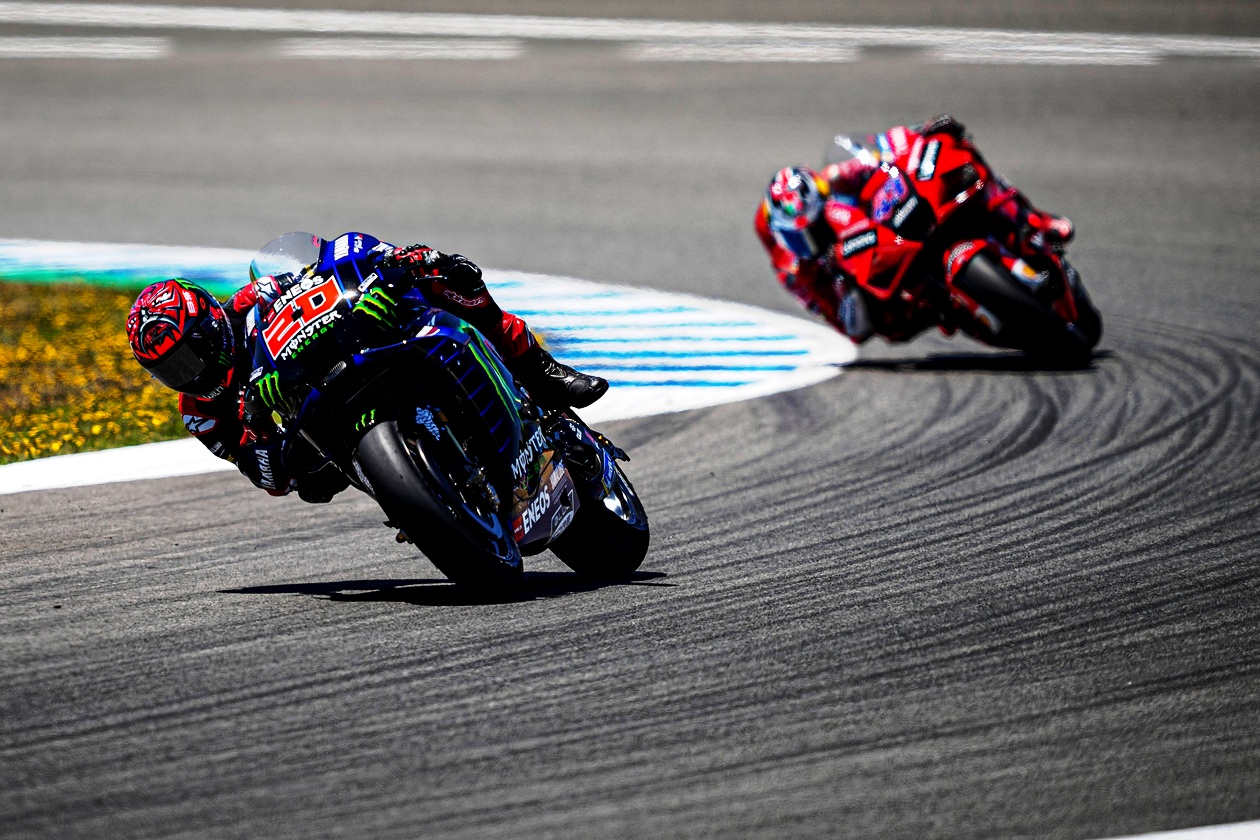