MORE RIDERS AND ACTION IN IR CUP’S SECOND ROUND

After a good opening last June, the Shell Advance InsideRACING Cup Series went back to the Carmona Race Track last 26th of July for its much anticipated second leg. It was another well supported event, both by riders and race fans and it was indeed a great and thrilling day for racing supremacy and glory.

Honda one make races featuring the BeAT and Dash models were once again well participated by beginner, novice and intermediate riders. Maiko Adapon of Team ASV dominated the Honda BeAT race and  Maico Buncio Foundation’s young riders Amber Torres, the victor in the first leg, and Leandro Paredes joined him in the podium. 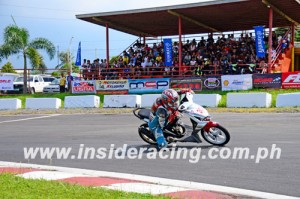 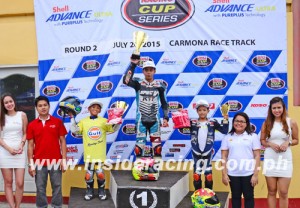 Just like in the first round, Niel Jan Centeno who is also part of the Maico Buncio Foundation won the Honda Dash category again. Ellijah Olayvar and Fritsy Claveria clinched the second and third place. 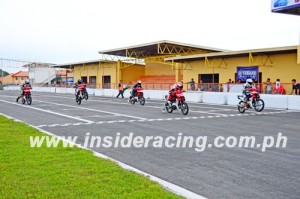 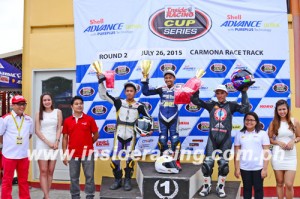 A new one make class featuring the Yamaha YZF-R15 added to the excitement ofIR Cup’s second leg. It was a highly anticipated race as intermediate and expert riders battled out for the checkered flag. In the end, Team Yamaha-Spec V showed their strength again with a 1-2-3 finish spearheaded by John Emerson Inguito while James Mendez and Masato Fernando took the other podium spots. 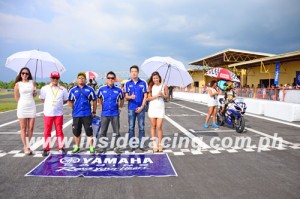 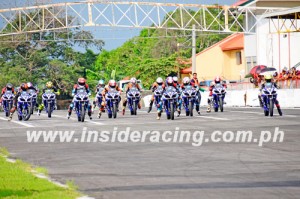 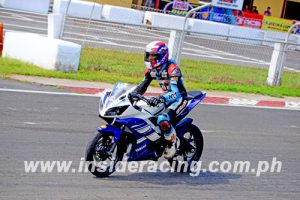 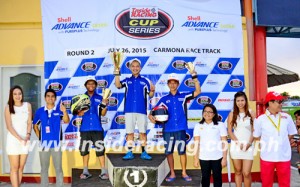 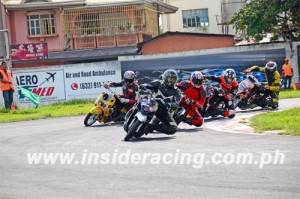 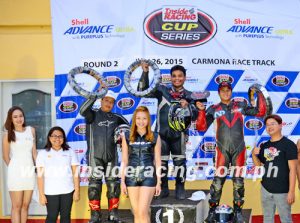 It was another exhilarating race in the FDR 4V Automatic Cup until the final stage of the race. Masato Fernando delighted Team Yamaha-Spec V with a win. MTRT’s Paul Mark Doblada finished second and third place went to Zebra-Pertua-MTRT-MLW rider Dustin Esguerra. 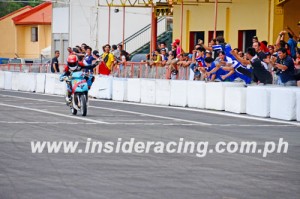 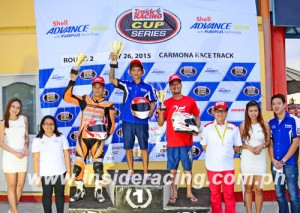 Fernando was indeed remarkable in the second round as he also grabbed the victory in the 150 Open Underbone class, another much awaited class joined by expert underbone riders. Second placer was Fernando’s teammate John Emerson Inguito and third placer was Sum Racing’s Herbert Lopez. 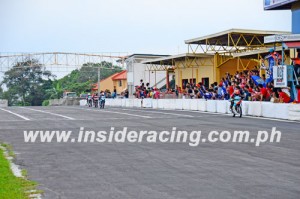 Masato Fernando taking the first place in the 150 Open Underbone class. Behind him, John Emerson Inguito, Herbert Lopez and James Mendez battled out for the other podium spots. 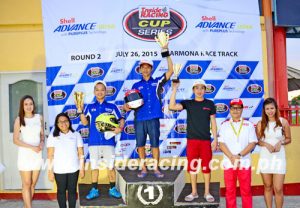 The victory may have slipped him in the FDR 4V Automatic race, but Team Takeshi’s Cassey Ng still went away with a win after his dominance in the 160 Automatic Elite category featuring top scooter riders. Dustin Esguerra crossed the finish line second and KOSO rider Vrei-ar Suba claimed the third place. 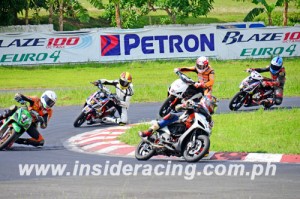 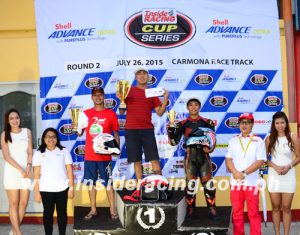 In the other 160cc Automatic race which for beginner, novice and intermediate riders, Yezaroo’s Michael Cortez came out triumphant. Eane Jaye Sobretodo of the Maico Buncio Foundation and Gulf Racing’s Romer Corbe settled for second and third. 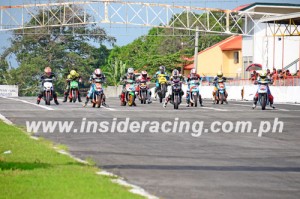 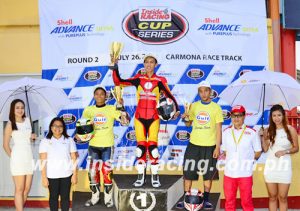 James Amporias was the winner in the 115 Open Underbone race. Lorenz Villanueva, his teammate in Liquimoly-YY Pang-RK-Nibbi Racing Team, finished second while Carlo Calderon ended up at third place. 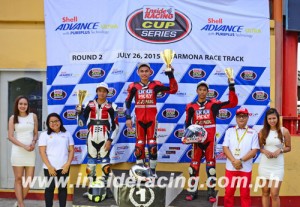 Top 1-MBF-YRS lady rider Jacq Buncio  was once again the victor in the 135 2V Backbone class. The 180 Open Backbone category on the other hand had a new winner as Rafael Lance Ortiz topped the said group. Barney Buncio placed second while Lorenz Villanueva who won in the first leg finished third this time. 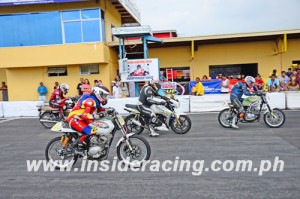 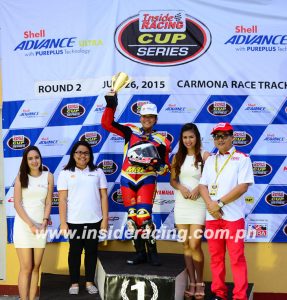 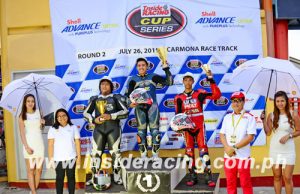 The 2015 Shell Advance InsideRACING Cup Series is sanctioned by USRA (Unified Sports and Racing Association) for Motorcycles. The third and final round will be held on October 18 also at the Carmona Race Track.