In the automotive world, the term “hot rod” was adopted in the 1930’s or 1940’s as the name of a car that had been improved by modifying the engine in various ways to achieve higher performance. Nowadays, the most common wish of owners of hot rods is to make them noticeable and not just faster. Eastworld Motor Industrial Corp. has just done a similar “hot rodding” with their latest Well 125S model. 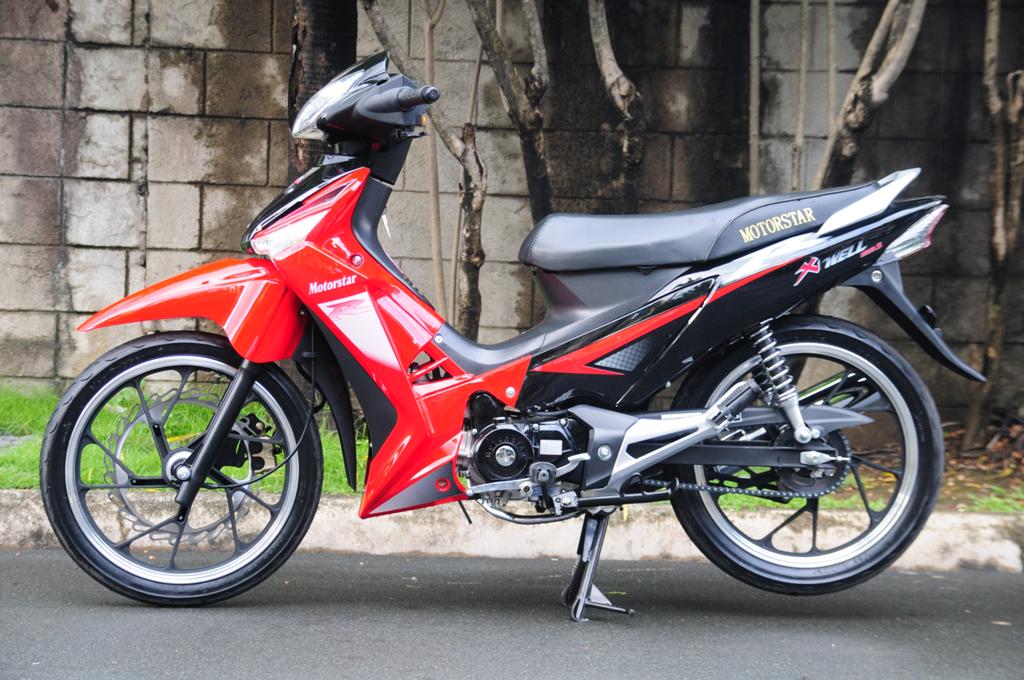 When we tested the new Well 125 R late in 2008, we were already impressed with the strong and smooth power and of its 125cc SOHC engine. Considering the low price, its ability to develop speed caught our attention and we enjoyed riding it around. The overall fresh new shape also merited good comments from all of us as well as the easy handling and comfortable ride. The Well was also the first model where we felt Motorstar made its biggest jump in terms of quality level and refinement. Overall, we said that the Well 125R was a good commuter bike that provides more power than entry-level underbones. 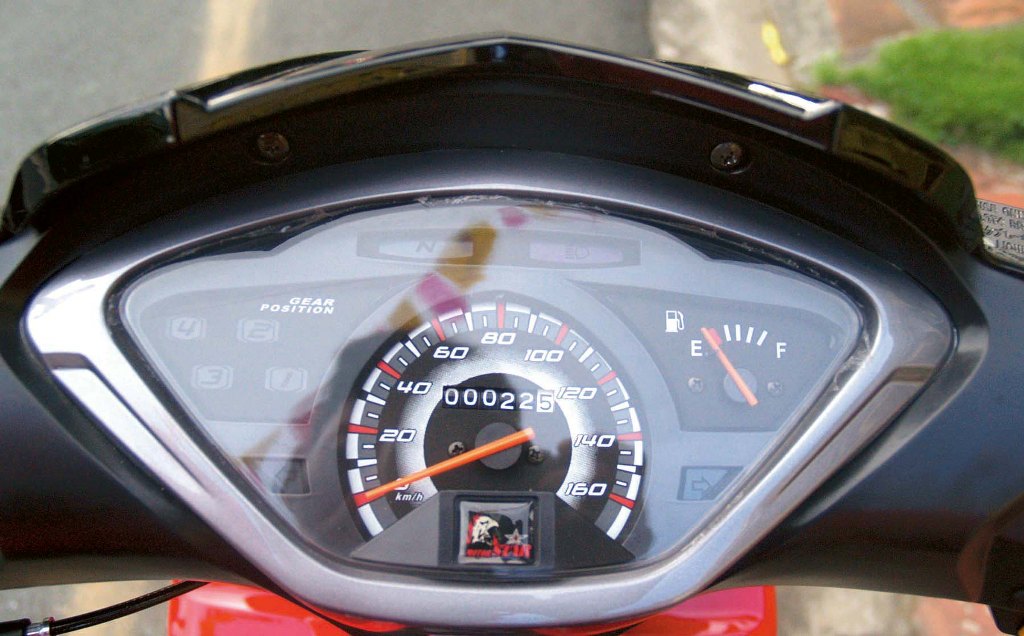 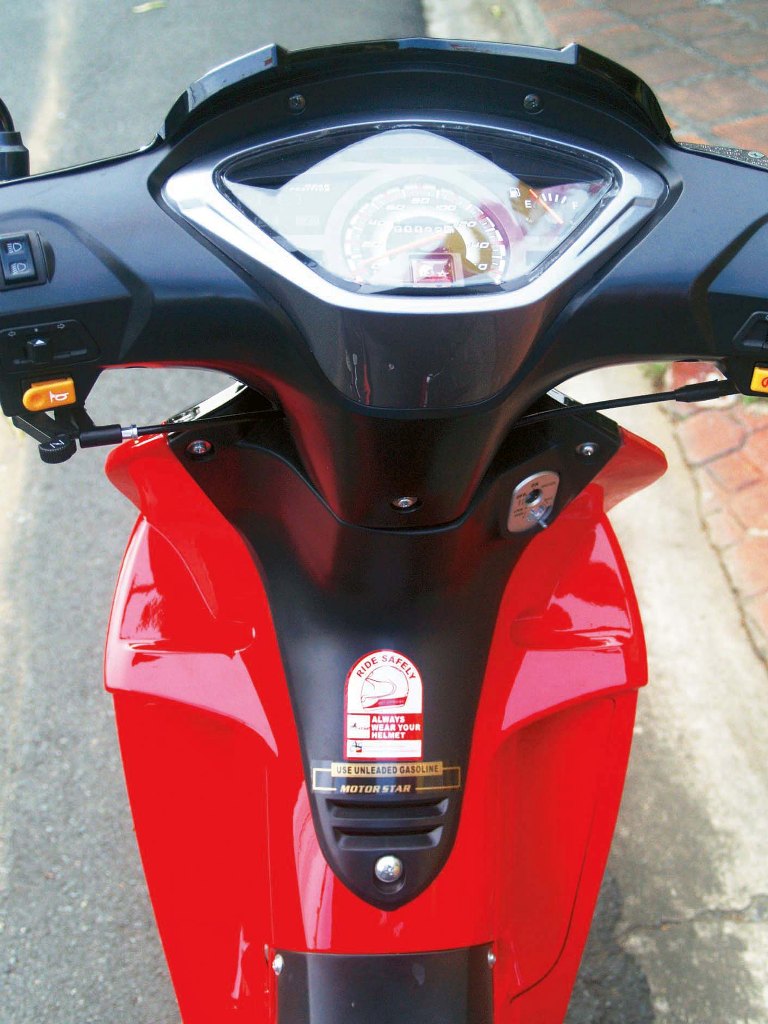 With the engine performance and handling sorted in the R model, Motorstar decided to do some tuning or “hot rodding” on the Well to enhance its sporty looks and image and make it stand out from the other stock underbones. The Well 125S is an additional variant different from the R and boasts of sporty upgrades like the Vee Rubber sport tires, big disk brakes, new graphics and two-tone colors.

On the aesthetic department, Motorstar succeeded in making the S model more noticeable with bold graphics and two-tone colors. The black Y-spoke magwheels with polished lip and 2-piston big disk setup make it look aggressive. The side mirrors are of different design and look more expensive than those on the early R model. The good paint quality and plastic finish we found on the R model is also true for the S variant. The graphics are a little confusing though because there are prominent “R” and “X” markings but it is actually an “S” model. Gone are the full chain enclosure and the chrome engine side covers replaced with an open chain and blacked-out engine. 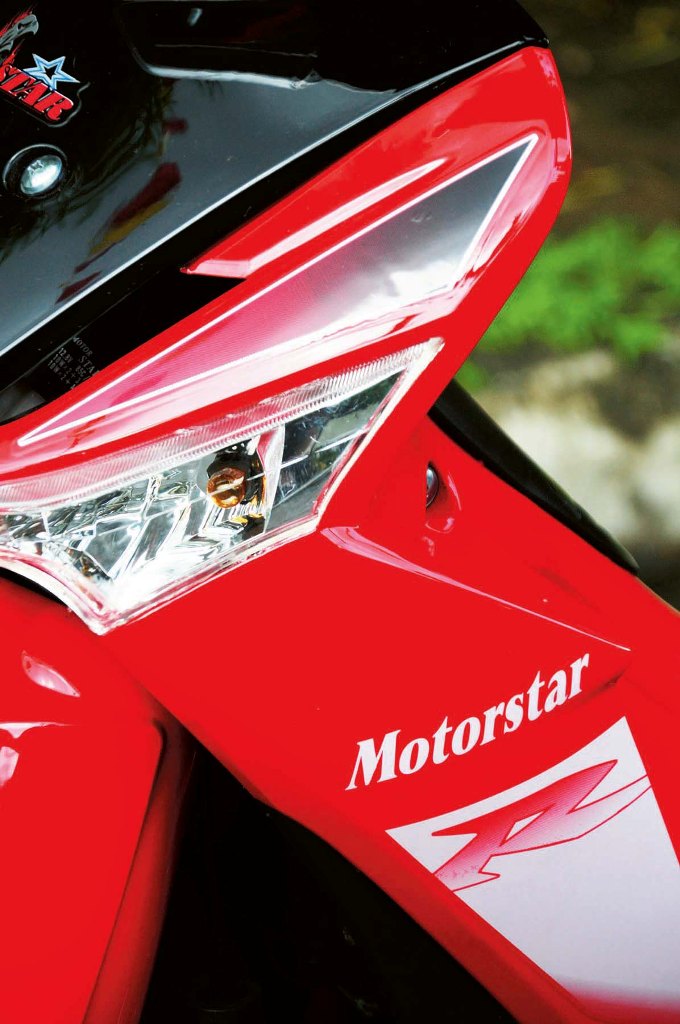 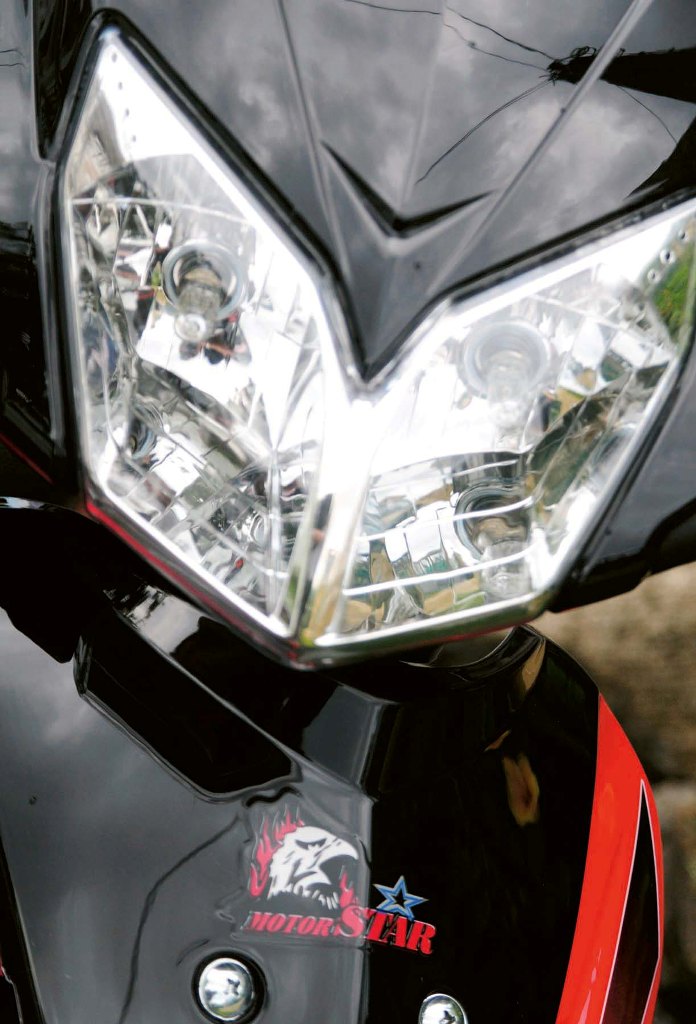 Most impressive is that Motorstar managed to add all these enhancements without increasing the price compared to the R model. The Well 125S is also priced at only P39, 000. One of the biggest attractions of this model as well as the other Motorstar sport underbones is that they come already equipped with Vee Rubber Gecko Star Street Plus tires. The tires are a positive upgrade from the R model and they do not only look good but also offer better grip in the dry. 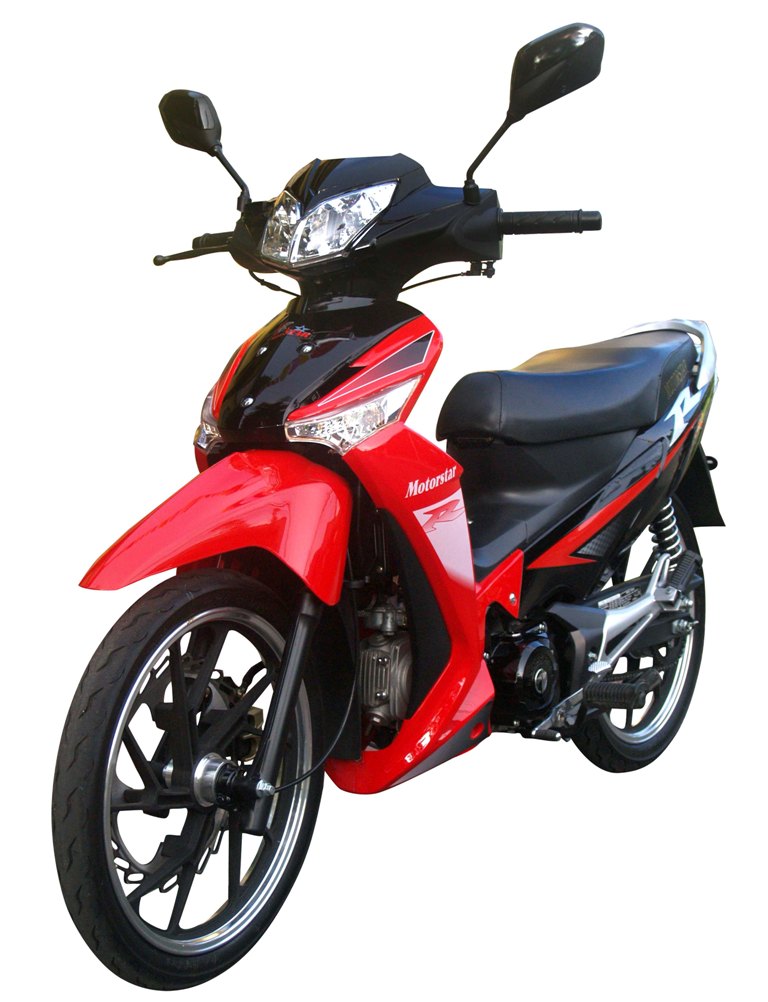 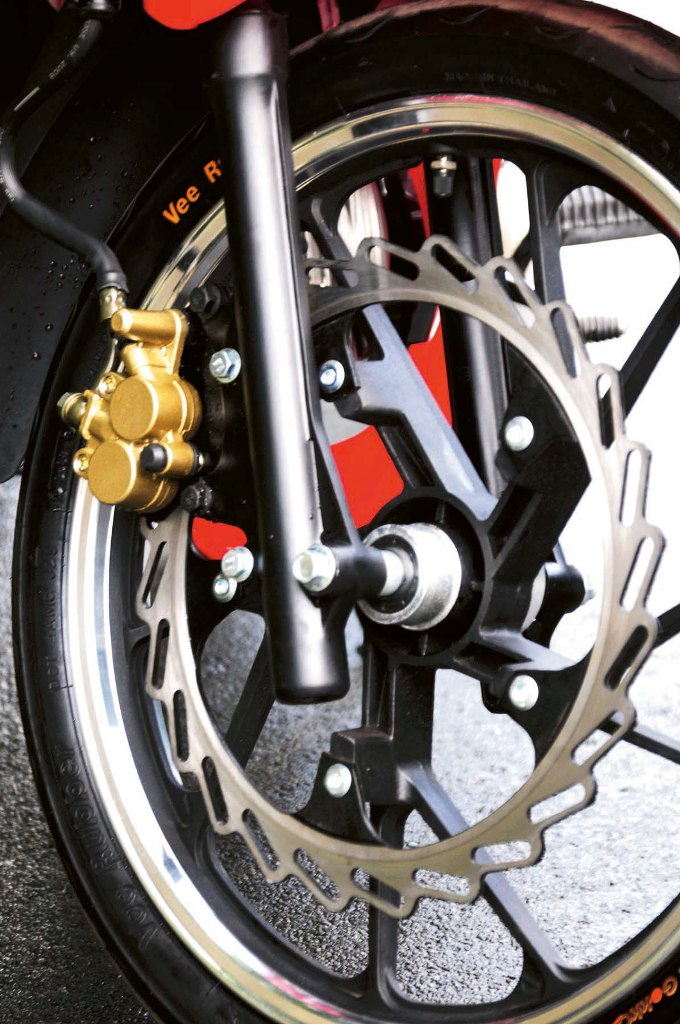 Riding the Well 125S, we noticed immediately its light and surefooted handling no doubt aided by the additional traction of the Vee Rubber sporty tires. The power of the engine is as impressive as that on the R model. The pedal position is good and shifting action is smooth, although not yet at the level of Japanese brands, it is probably one of the best shifting Motorstar underbones we have tested so far, and it is a big step forward for the brand.

Vibration on the handlebar is minimal at city speeds and even at higher engine rpm when the engine is sending lumpy vibrations to the chassis that can be felt through the seat and footpegs, the handlebars remained relatively calm. This is good for reducing rider fatigue during long rides as cruising speeds. The reduced vibration also lessens the probability of fasteners becoming loose over time. 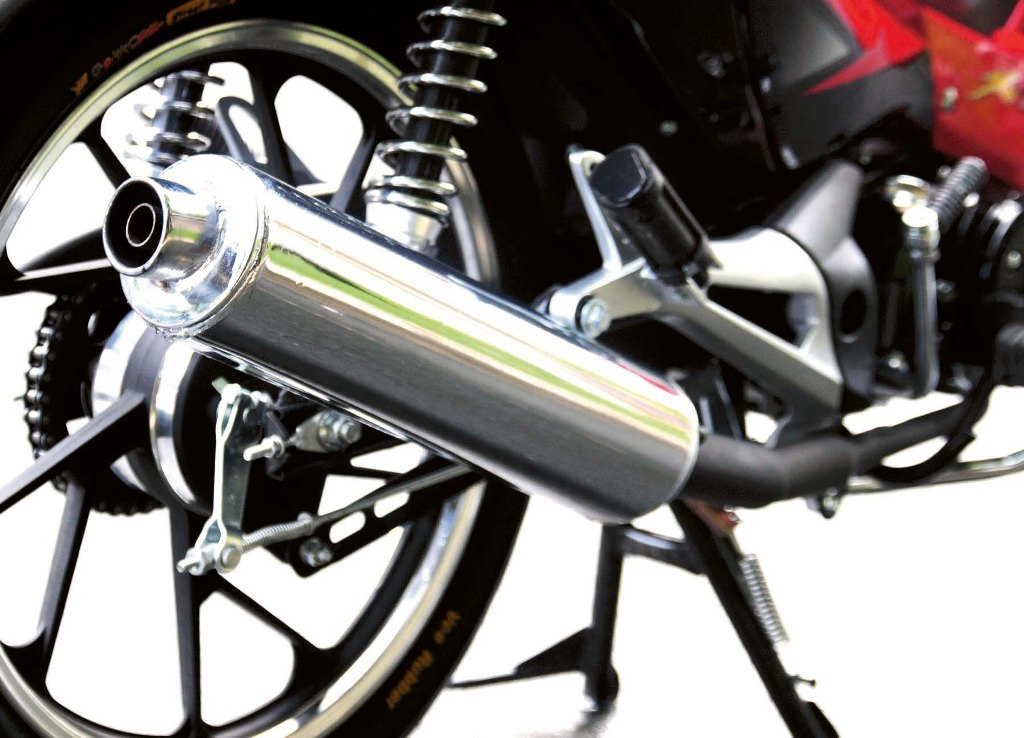 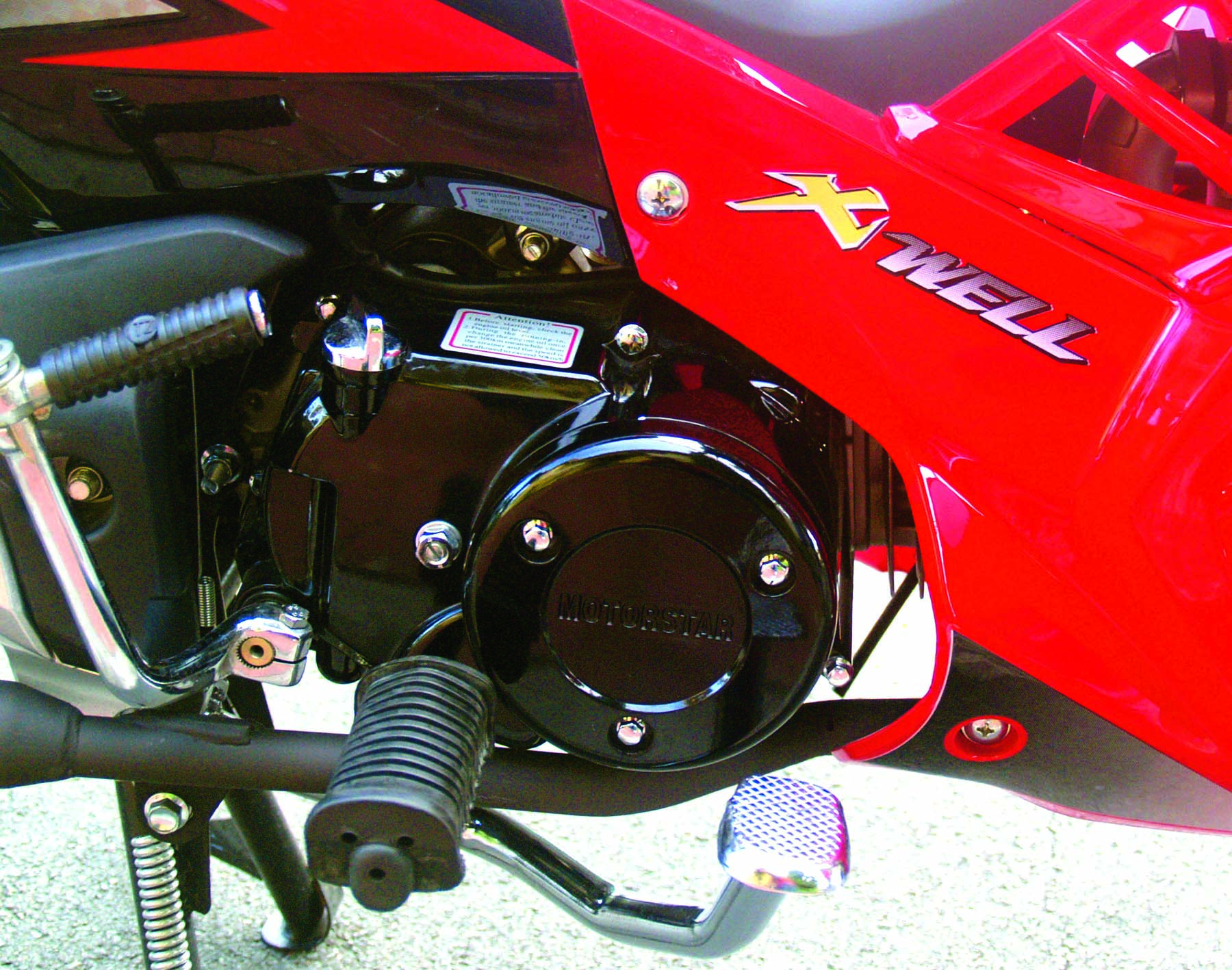 Overall, the Motorstar Well 125S is a new variant with enough features to differentiate it from its “R” sibling. Though it might be better to switch their model codes, this “S” version is a good choice for sporty riders and for those who want to have a show bike look, as the big brakes and its “almost slick” Vee rubber tires are actually aftermarket components. With its strong engine, upgraded features and sleek looks, the Well 125S will surely satisfy riders given the low price that they have to shell out to get one. 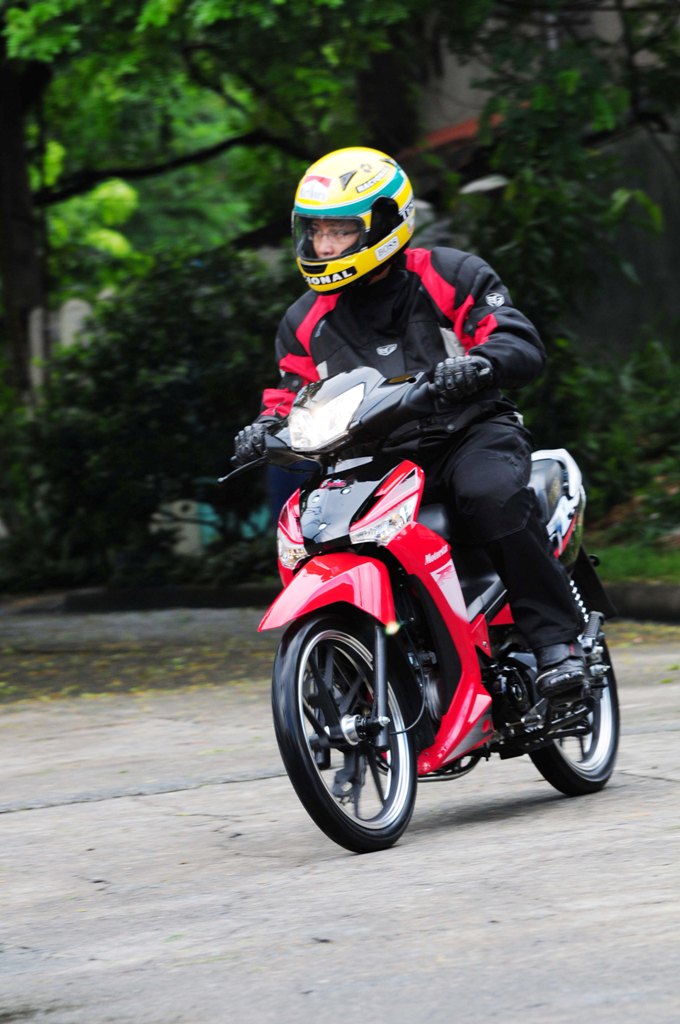 Al Camba “It’s very stylish and the upgrades like the big disk, alloy wheels and Vee Rubber Gecko sport tires make it very sporty. The attractive head lamps and a very nice plastic body are carry-over from the Well R model, but the two-tone colors and different graphics give it a more aggressive look. Performance-wise, it’s not so different from the R variant which is already good for a 125. It can give you quick acceleration or relaxed cruising pace, whichever you prefer. One thing I noticed was the reduced level of vibration reaching the rider’s arms and the improved shifting feel. However, the body markings confused me and I repeatedly have mistaken it to be the R model. For the price, I think it’s a winner again.” 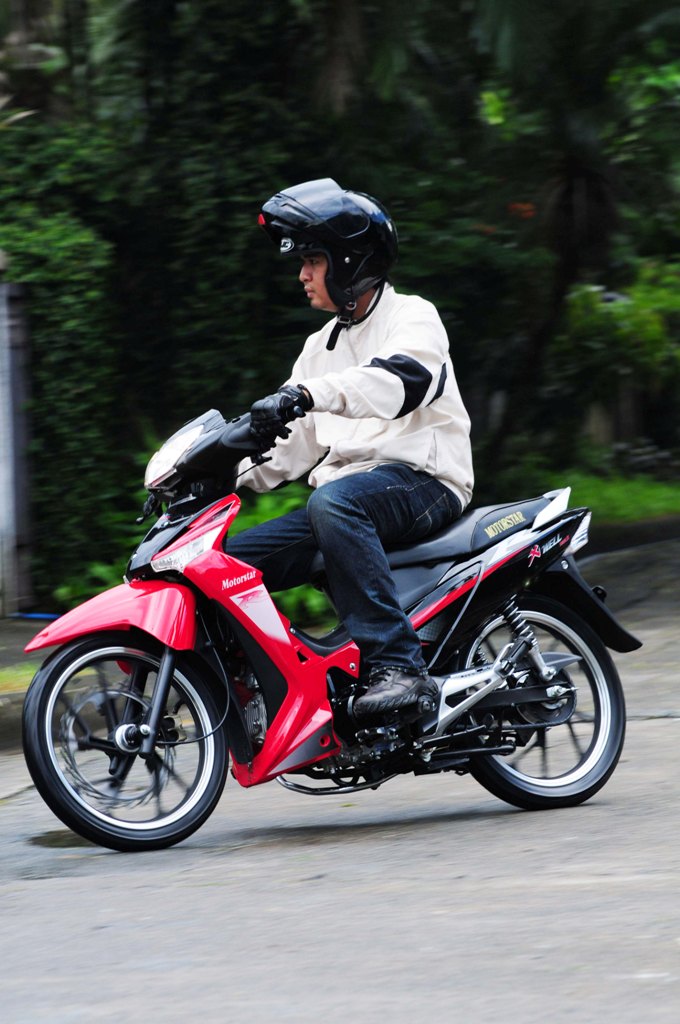 Philip Bonza “I like the color combination, the red to the black with some white touches on the graphics. The shapes of the plastics are very good, very sporty, very European style. I like the bigger speedometer or the instrument panel gauge. It’s a big winner in terms of its fresh look similar to that of a sporty car. The black magwheels give a sportier look than the regular spoke-type wheels as well as the massive front disc brake. However, I’m quite disappointed with the front brake’s performance since I expected more from its big disk. It feels good but not the perfect brake that I expected. The front and rear suspension are perfect for my size and weight which reacts perfectly over bumps. The handling is ok and the ride is comfortable. The seat cushion is soft and more comfortable but I feel some mechanical noise coming from the chain side. But overall, I like the color; I like the style and also I like the suspension. Overall, I can give this bike a 7.5 rating.” 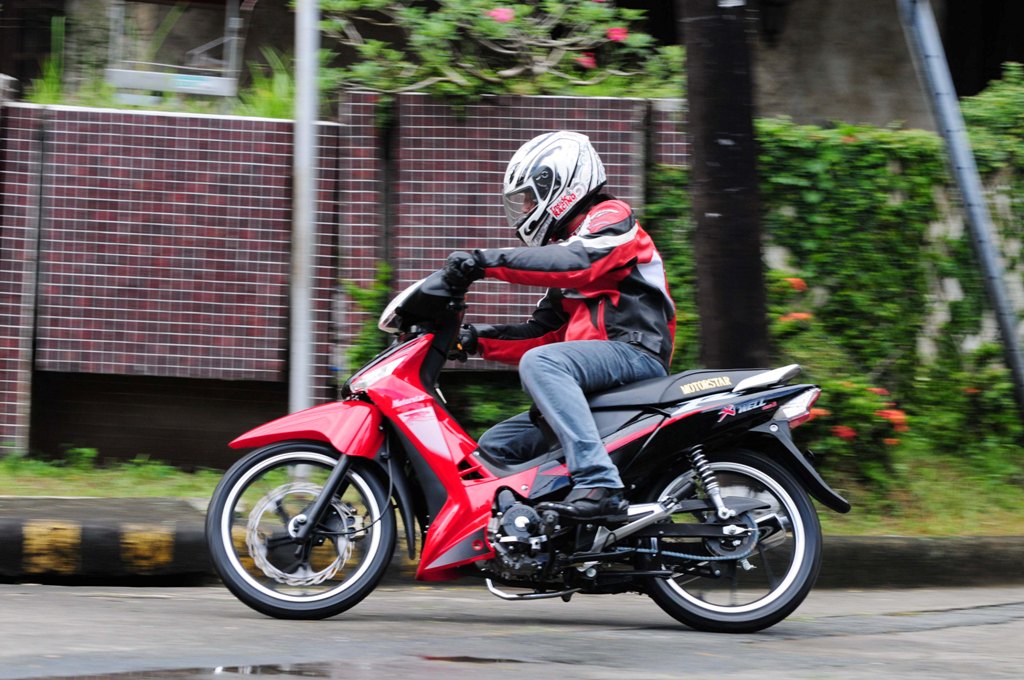 Ricci Abrina “The graphics are a bit confusing if you want to know the bike’s full model name. I like what they did with the front disc brakes, very stylish and big. It has better tires and the Vee Rubber looks like a sticky one even on wet conditions. But it’s a bit thin, better for drag racing, I would say. The styling as a whole package without the graphics is very good. I like the headlights, very modern looking. The red and black colors are very ‘macho’ and sporty. The front brake is good and together with the nice tires, it handles well. The back brake doesn’t work as well as the front. The power for a 125 again is very good especially in the mid-range. The gear position indicator on the instrument panel is unusual and that’s the only thing that bothers me most. The test unit had some rattling noises in the chain area and the muffler seems to have a leak. But both can be corrected easily.”

*This article was published in InsideRACING’s  Volume 7 Number 6  2009 issue. 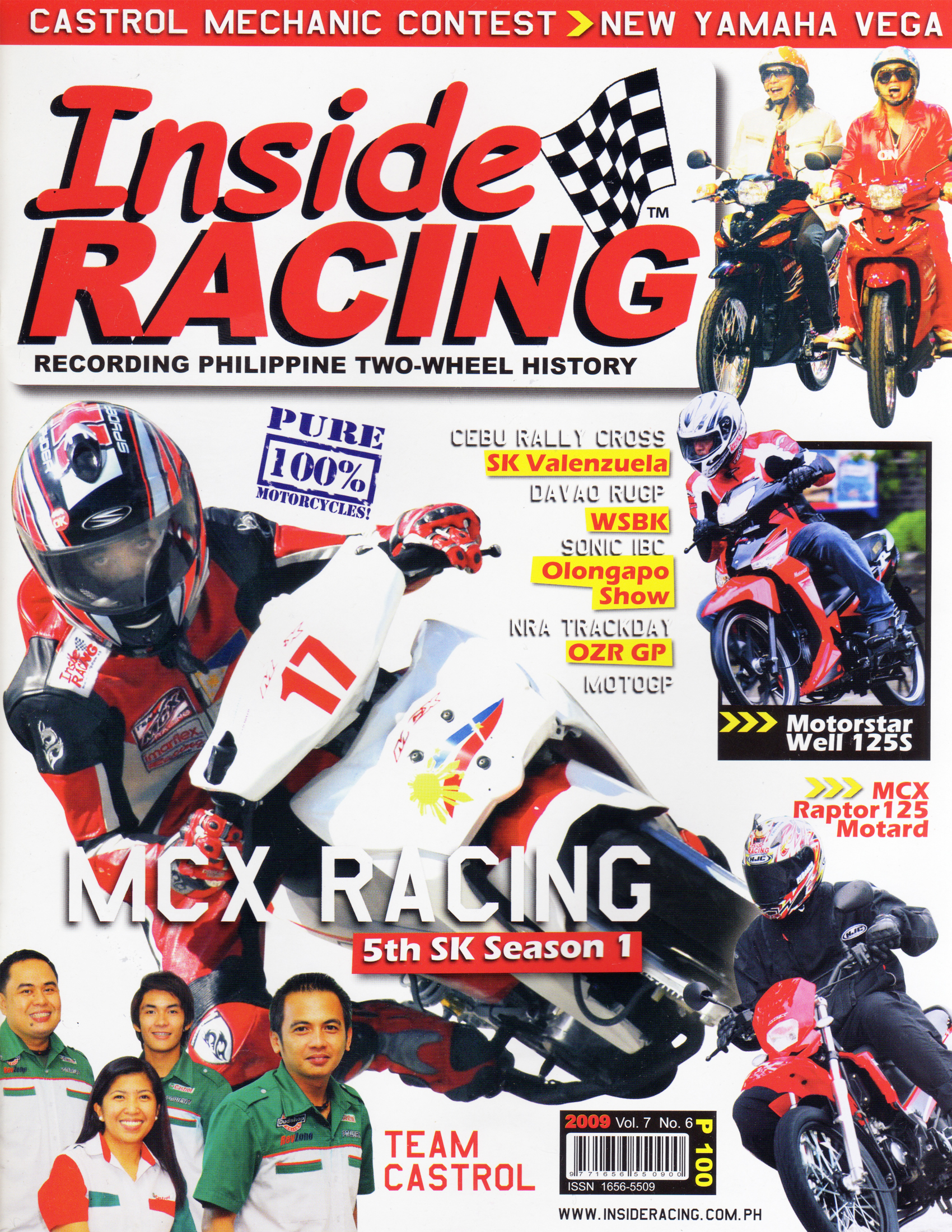