The Luzon Divisional of the Motul Super Series, a nationwide championship race series organized by InsideRACING and The Racing Line had its opening round on May 29 at the Tarlac Circuit Hill. 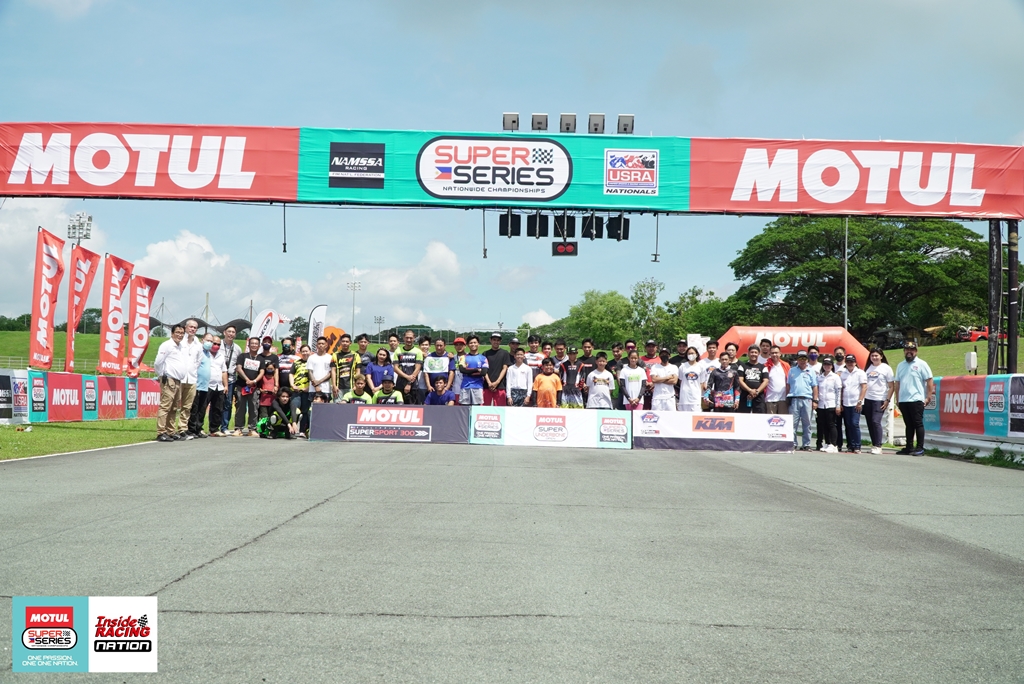 Presented by French oil brand Motul which is distributed locally by Infiniteserv International, the Super Series is one of the renowned race series in the country for years now. It has honed many racing stars and produced champions and international riders. 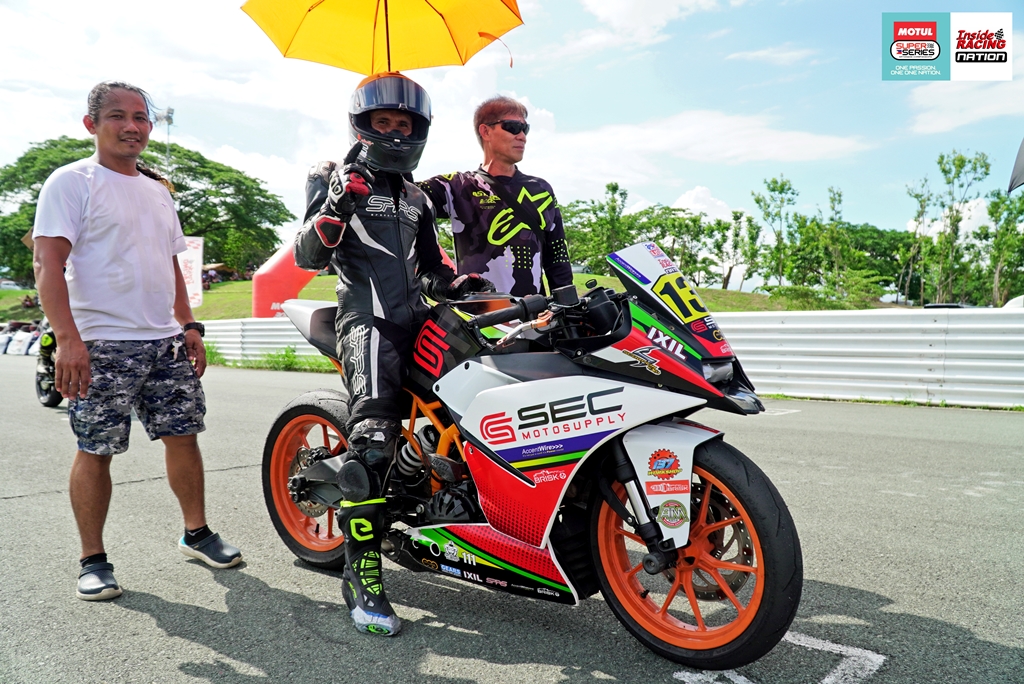 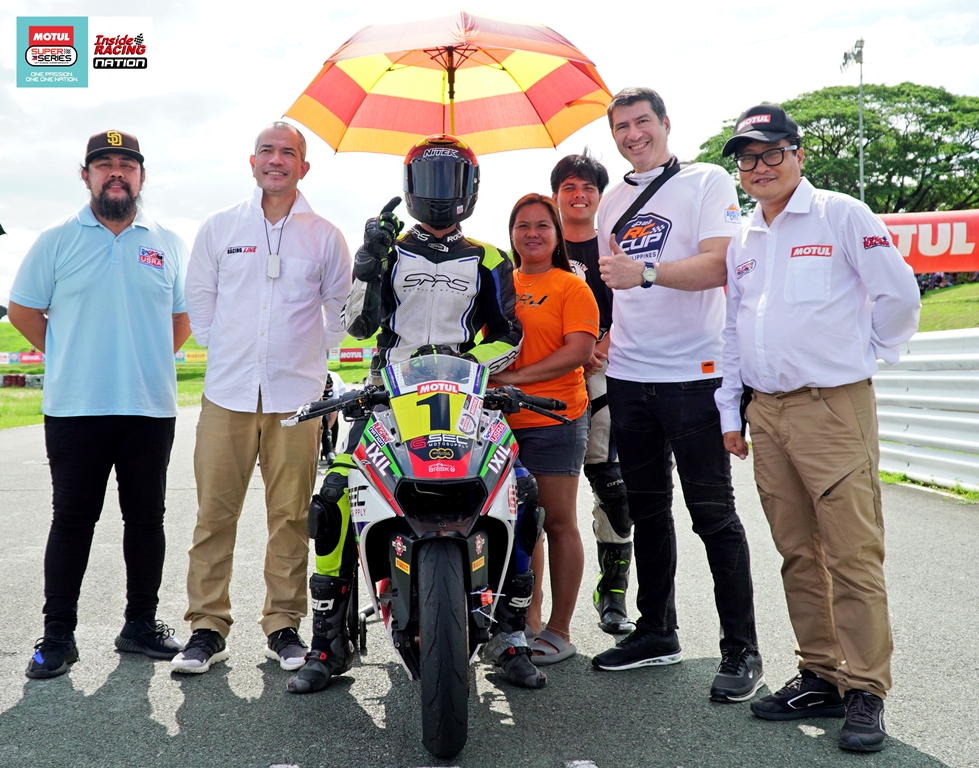 The season opener dubbed as Tarlac GP saw the participation of veteran names and up and coming riders. Leading the winners of the first round was Team 137-SEC Motosupply star rider Fritsy Claveria who won in the KTM RC Cup+ 390 GP and two races of the Philippine Supersport 300 GP class. His daughter Queenie Claveria was victorious in the 200 SP Cup category of the KTM RC Cup. Claveria’s team had a dominating performance as the students of Claveria Riding Academy (CRA), namely Carl Ferrer and Ron Cordova bagged wins as well. Cordova who is also supported by Propton Land, Inc. topped Race 2 of the Philippine Supersport 300 SP while Ferrer was the winner in Race 3. The two were victors in the KTM RC Cup as well as Cordova triumphed in the KTM RC Cup+ 390 SP and Ferrer placed first in the KTM RC Cup+ 200 SP category. 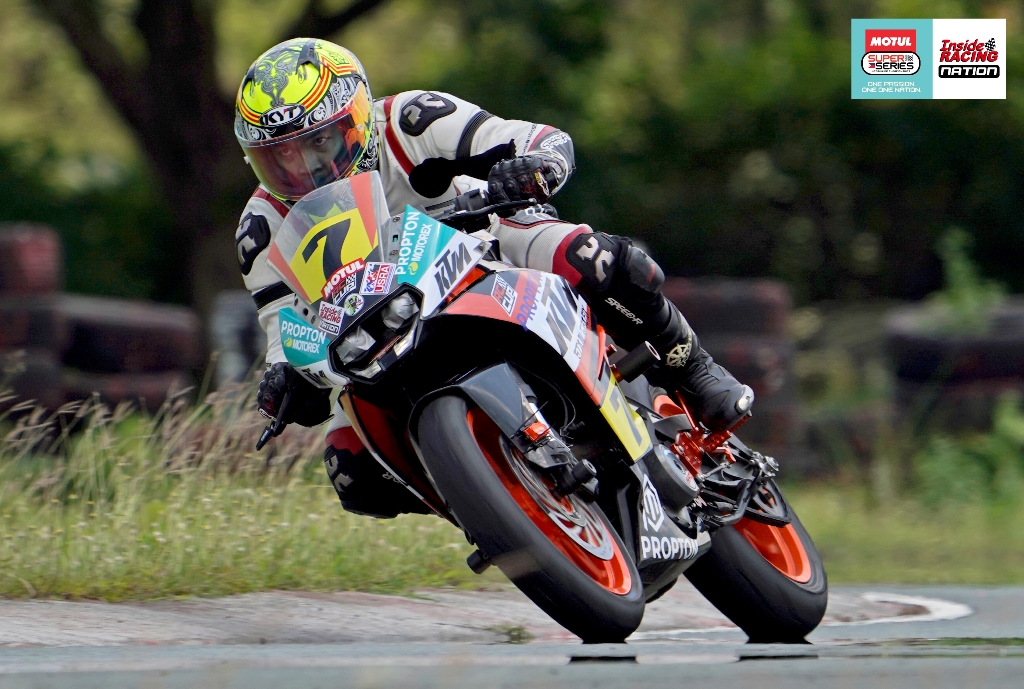 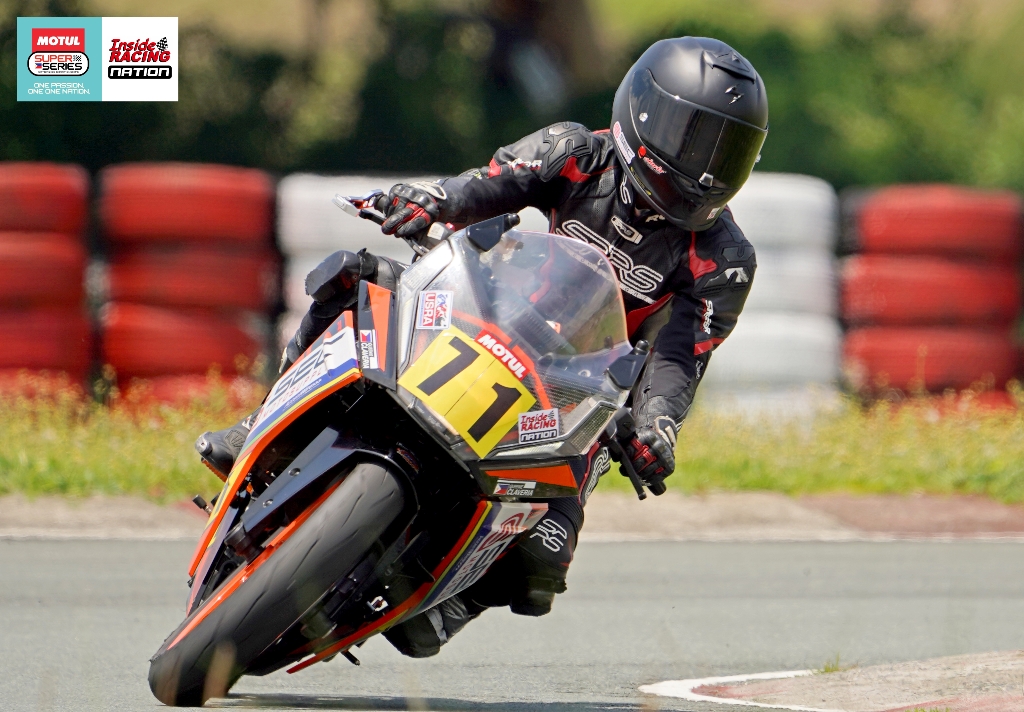 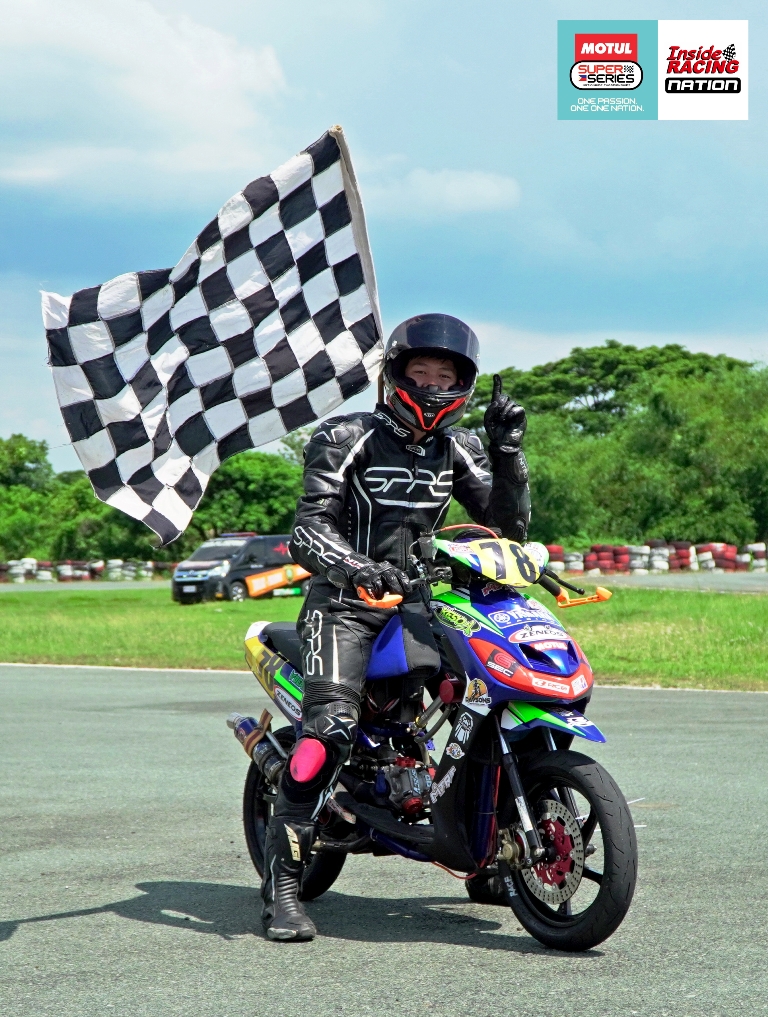 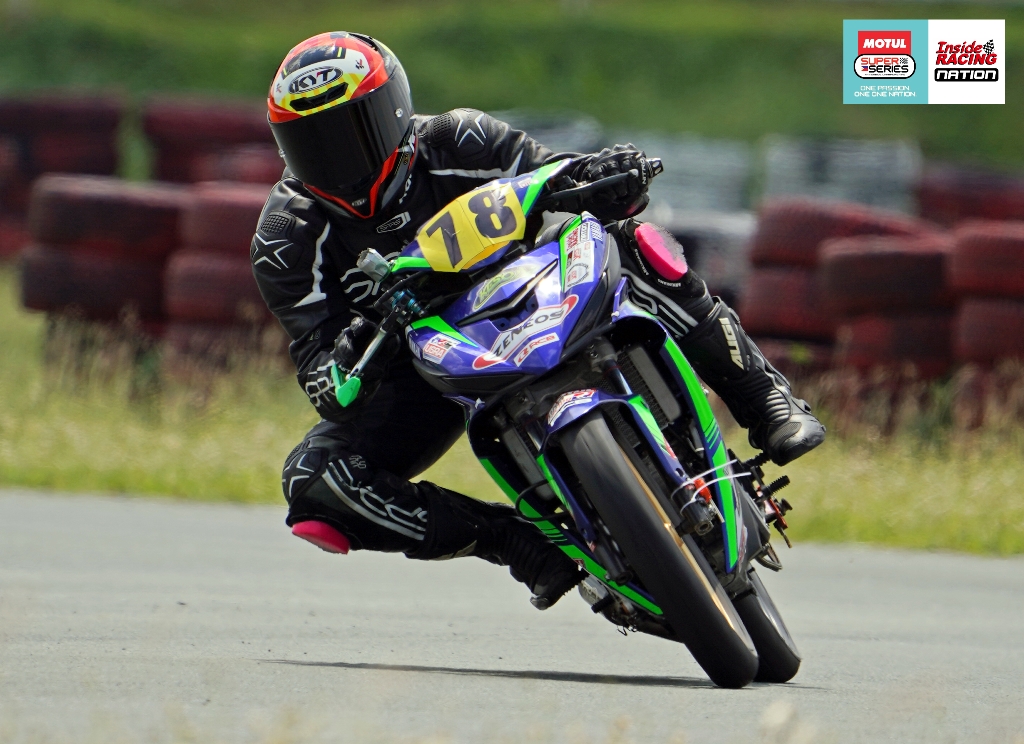 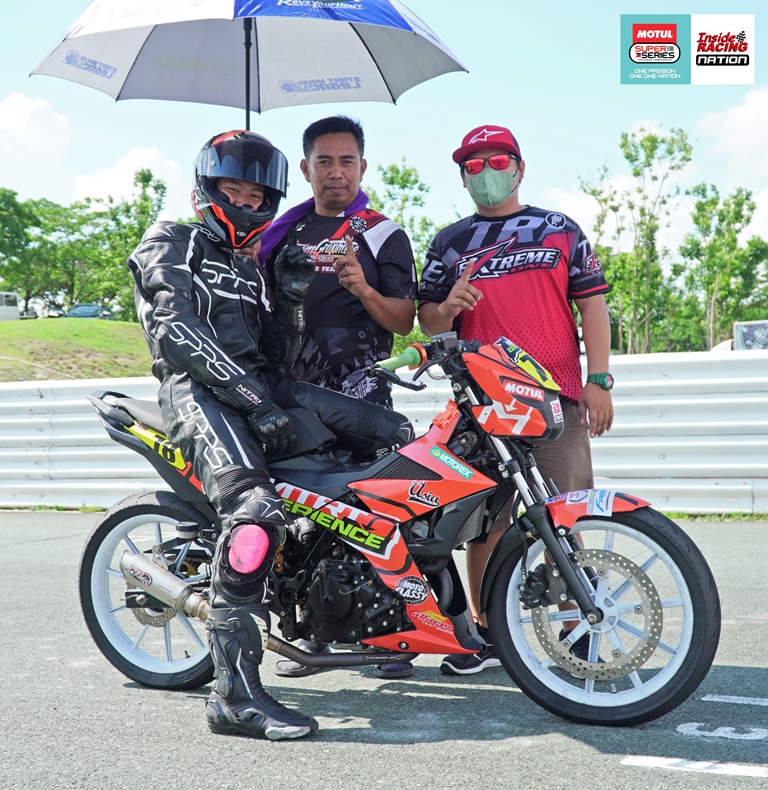 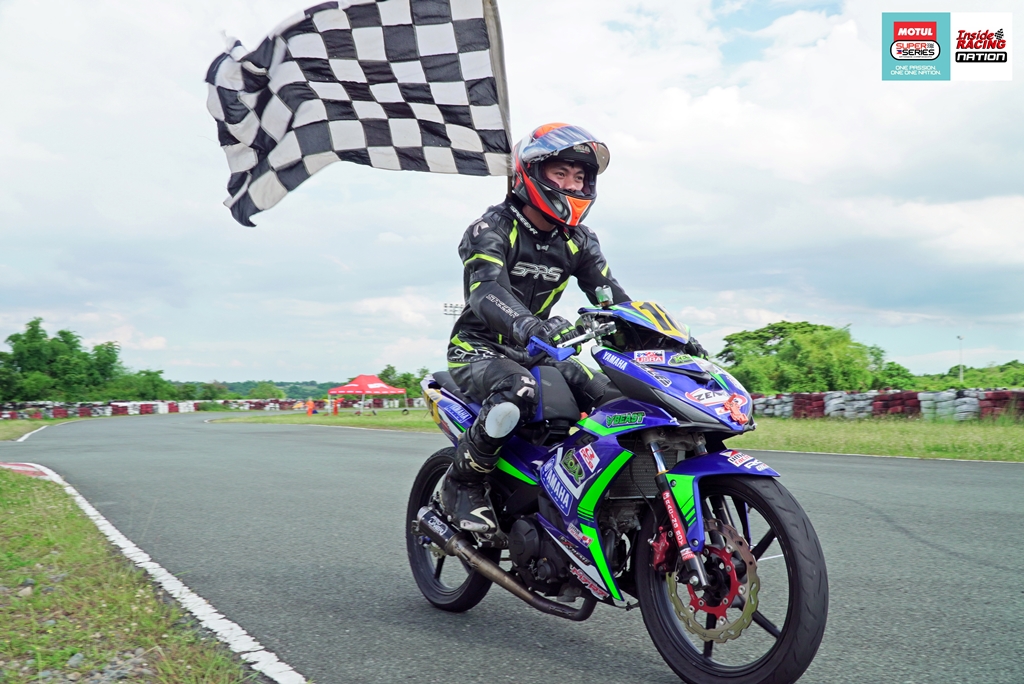 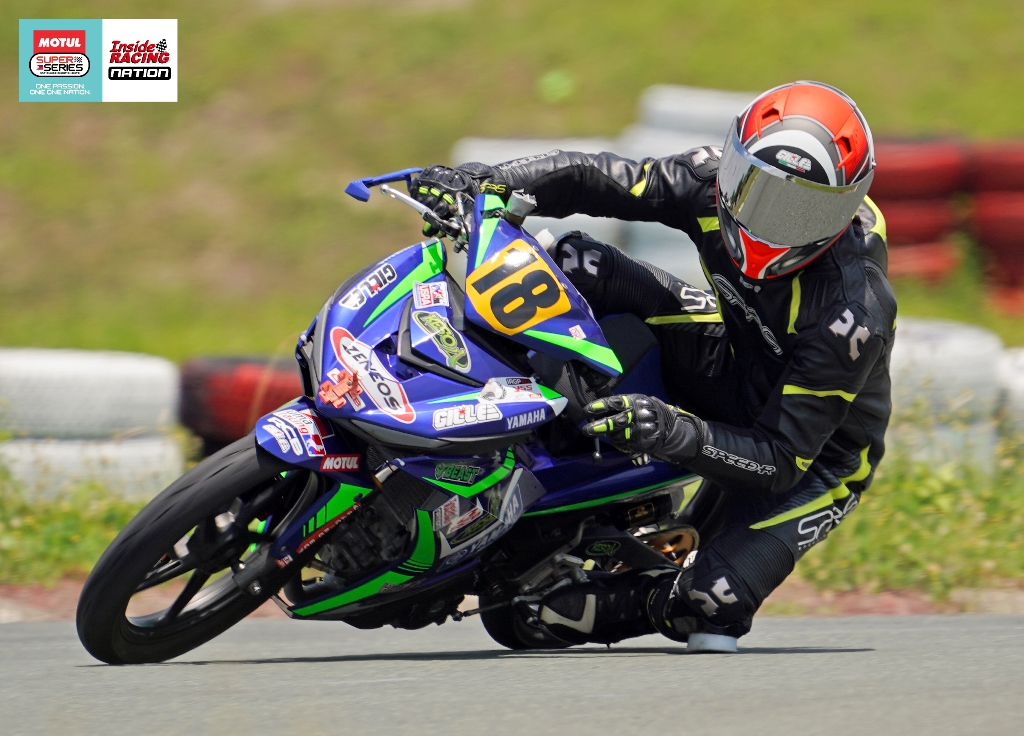 ANGKAS-VMan-KIXX rider Eane Jaye Sobretodo was seamless in the Super Underbone Sealed race and took the victory in the GP class battled by expert and intermediate riders. Another seasoned racer, Dustin Esguerra who is supported by Denoo Motor Oil, Gille Helmets and MLW, was the winner in the Super Scooter Open GP. Young rider Kenzo Abadilla of KC99-Sumulong Enterprises placed first in the Super Scooter Sealed 115 SP class. Beginner rider Daryl Dale Supan was the victor in the Scooter Club race. 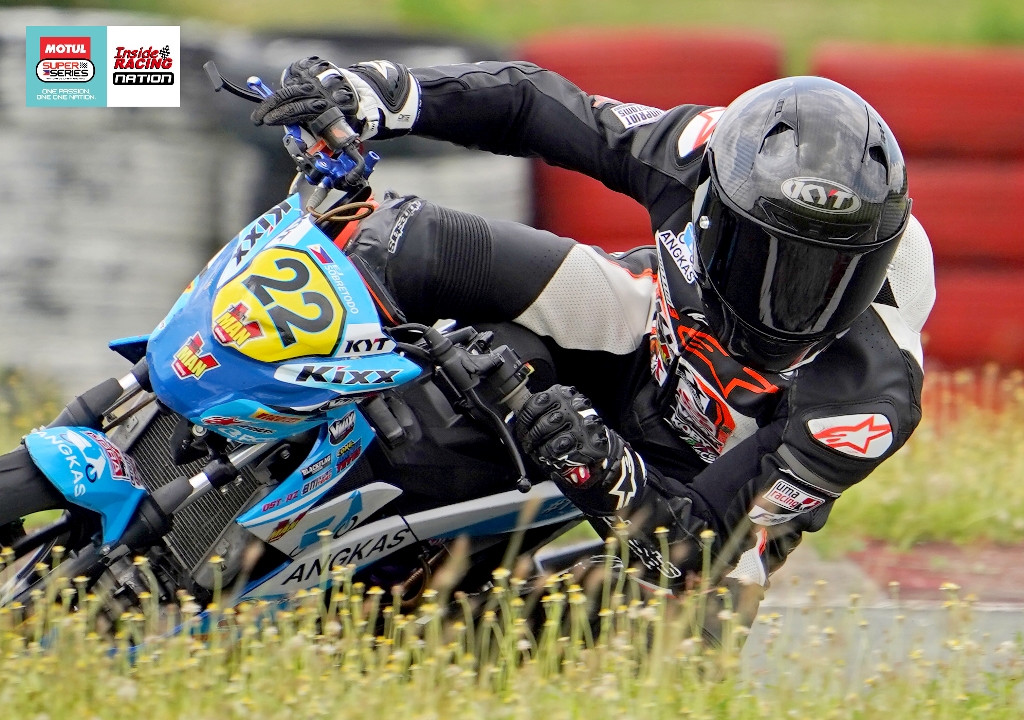 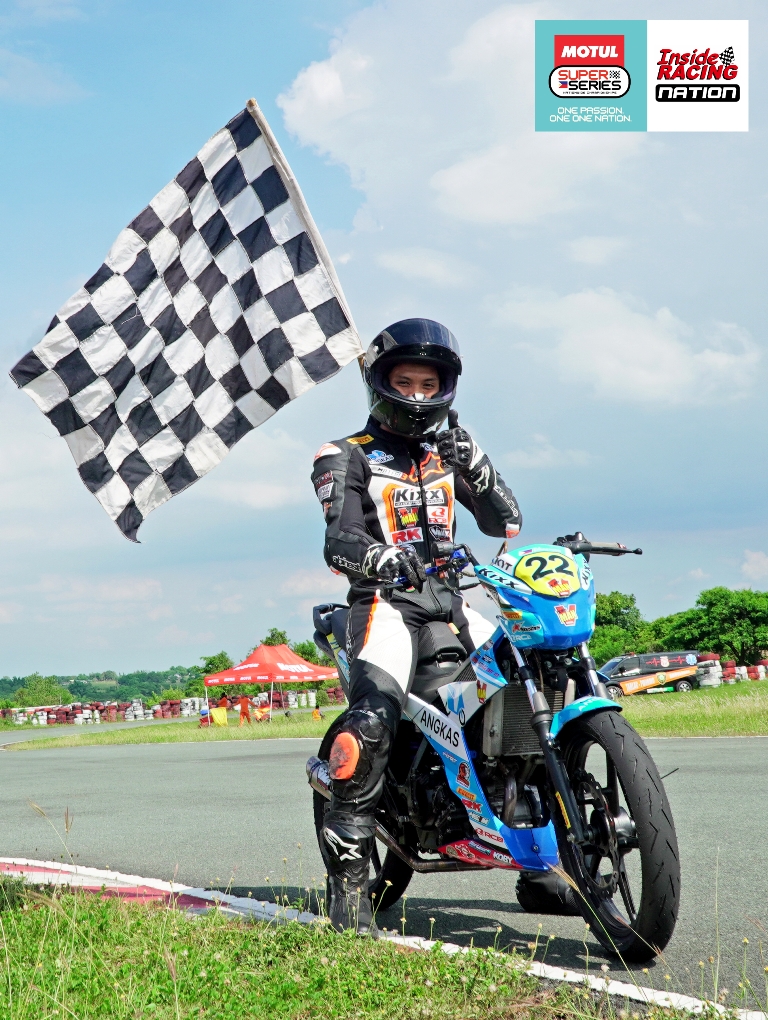 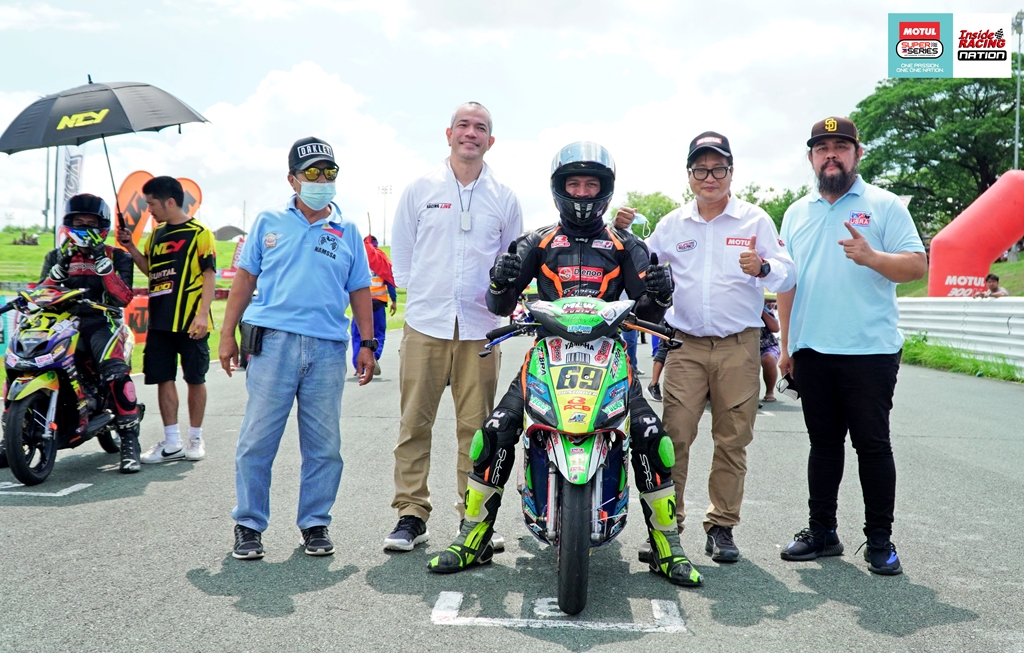 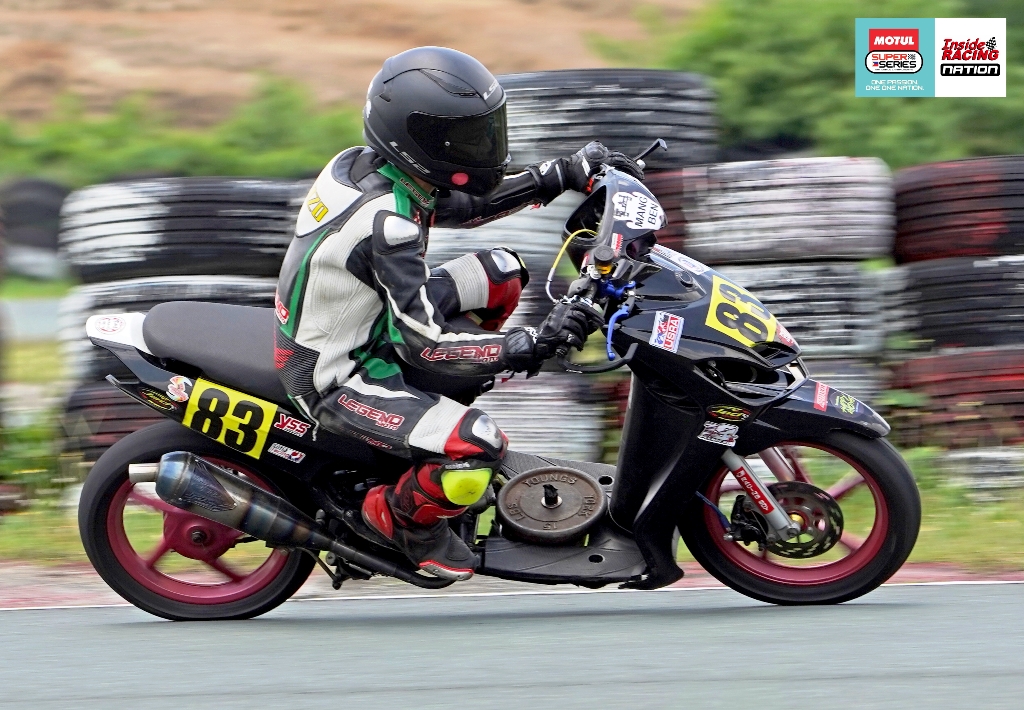 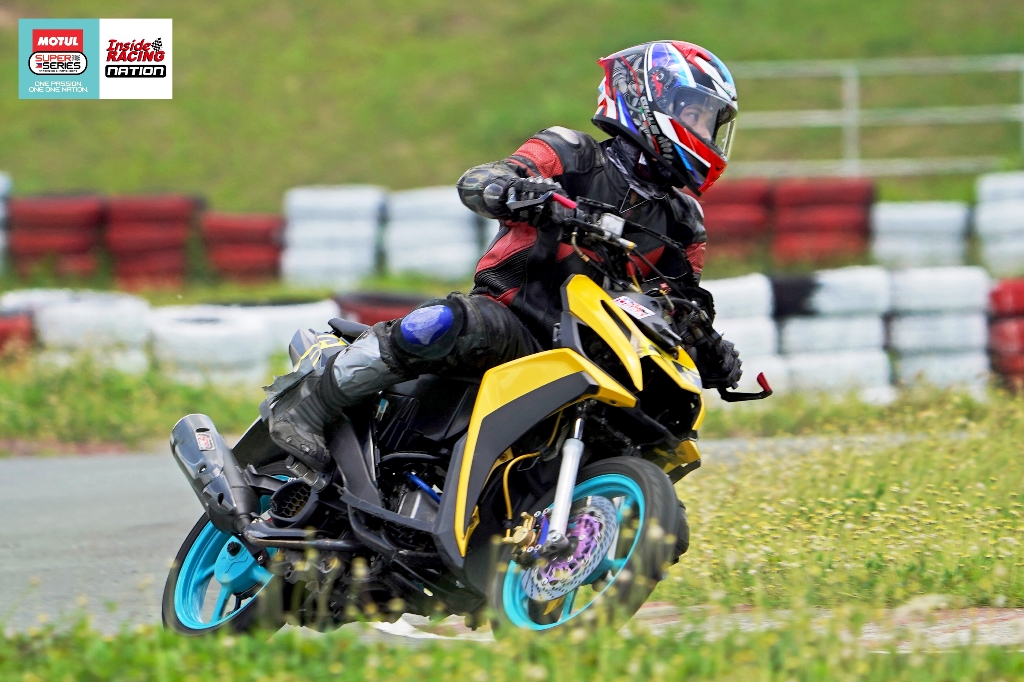 Victory in the exciting Super Maxi race was taken by NCY-Suntal-JDO racing team and its rider Edcel Corpuz after rival Drey Tabaquero had a jumpstart violation and became the third placer. Sean Andrej Ondillo of Arkinians-RS8-ID Helmet placed second. 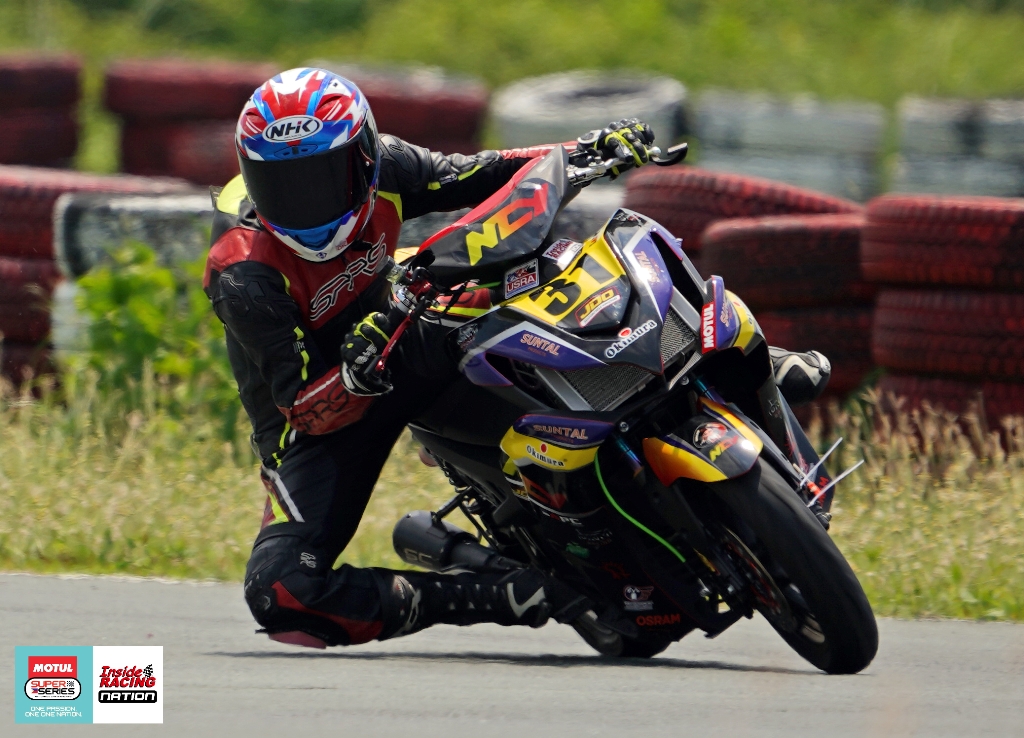 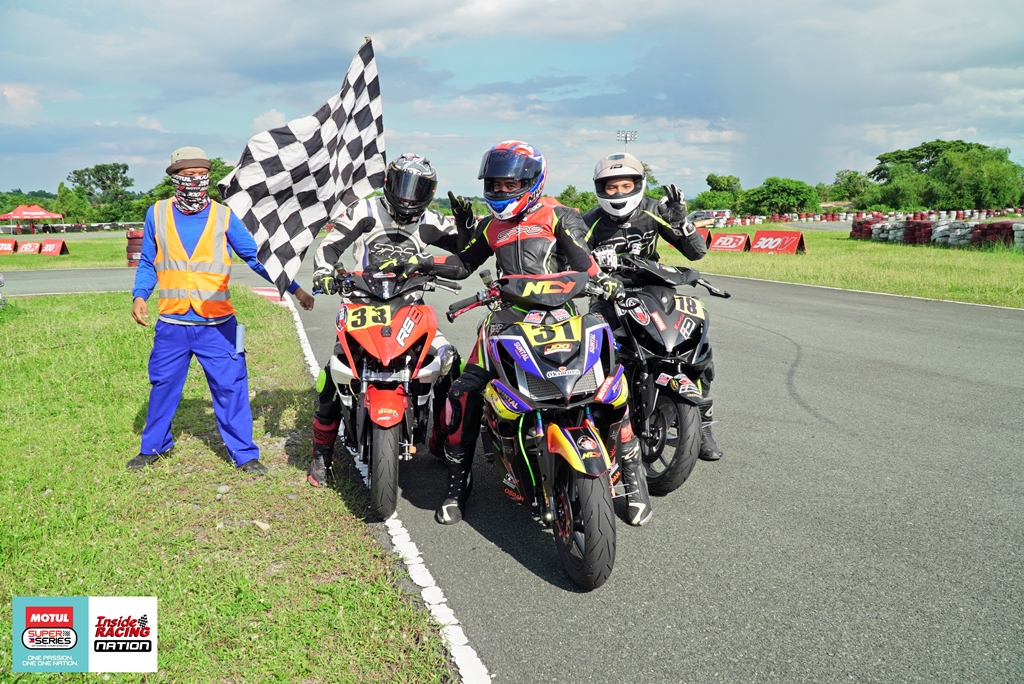 Motul Philippine Supersport 300 Round 2 and 3 winners

The second round of the Motul Super Series’ Luzon Divisional will take place at the Acienda Designer Outlet in Silang Cavite. The Cavite GP race event will feature underbone, scooter and maxi-scooter classes. IR Club Races categories for beginner and novice riders will also be held. There will also be a special race, an All Beginner Scooter Cup sponsored by KYT Helmets. For race classes details, click here. 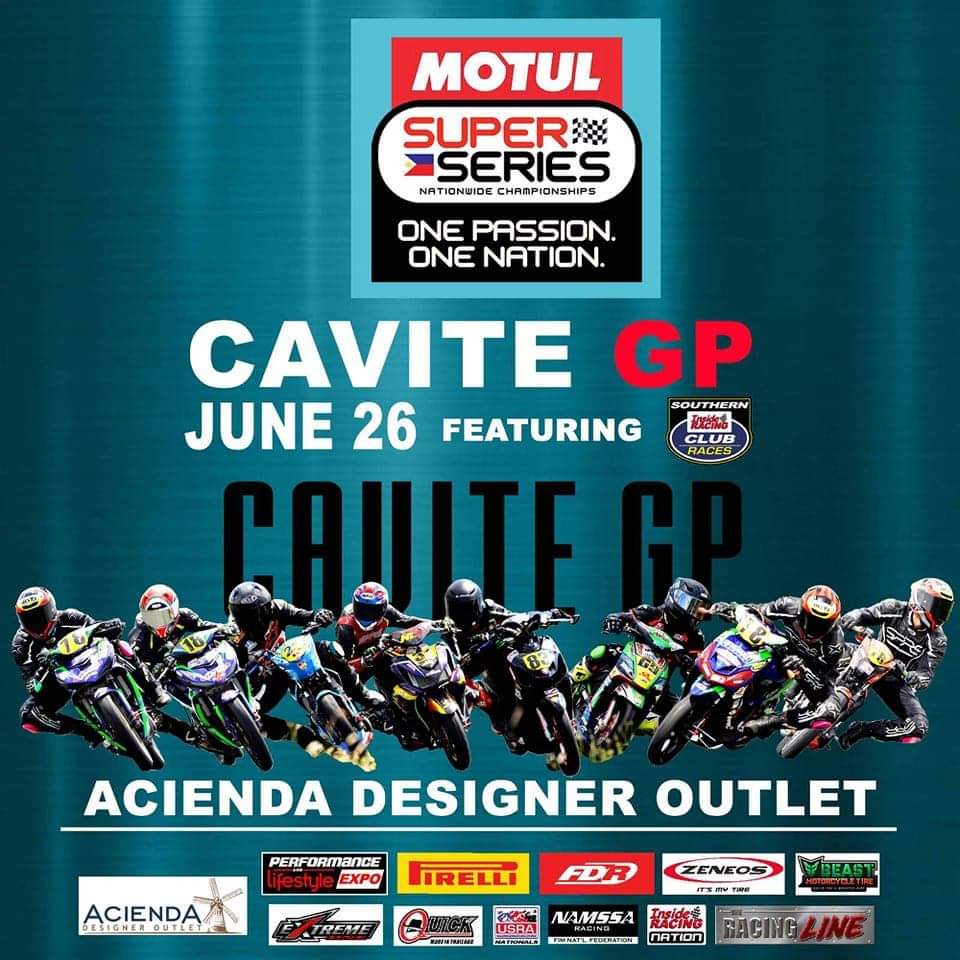 The Motul Super Series is sanctioned by USRA and NAMSSA. Tire partners are Pirelli, FDR, ZENEOS and Beast Motorcycle Tire. Event partners are Extreme One and Quick Tires. For more details about the Super Series and for registration, please contact +639453355520.