Miguel Oliveira (Red Bull KTM Factory Racing) returned to winning ways thanks to a perfect performance in a scintillating Gran Premi Monster Energy de Catalunya, as just 0.175s splits the race winner and second place Johann Zarco (Pramac Racing) at the finish line. Jack Miller (Ducati Lenovo Team) was promoted to P3 at the end of the race as World Championship leader Fabio Quartararo (Monster Energy Yamaha MotoGP) is handed a three-second penalty for a shortcut at Turns 1 and 2, while the Frenchman also encounters a strange issue with his leathers. 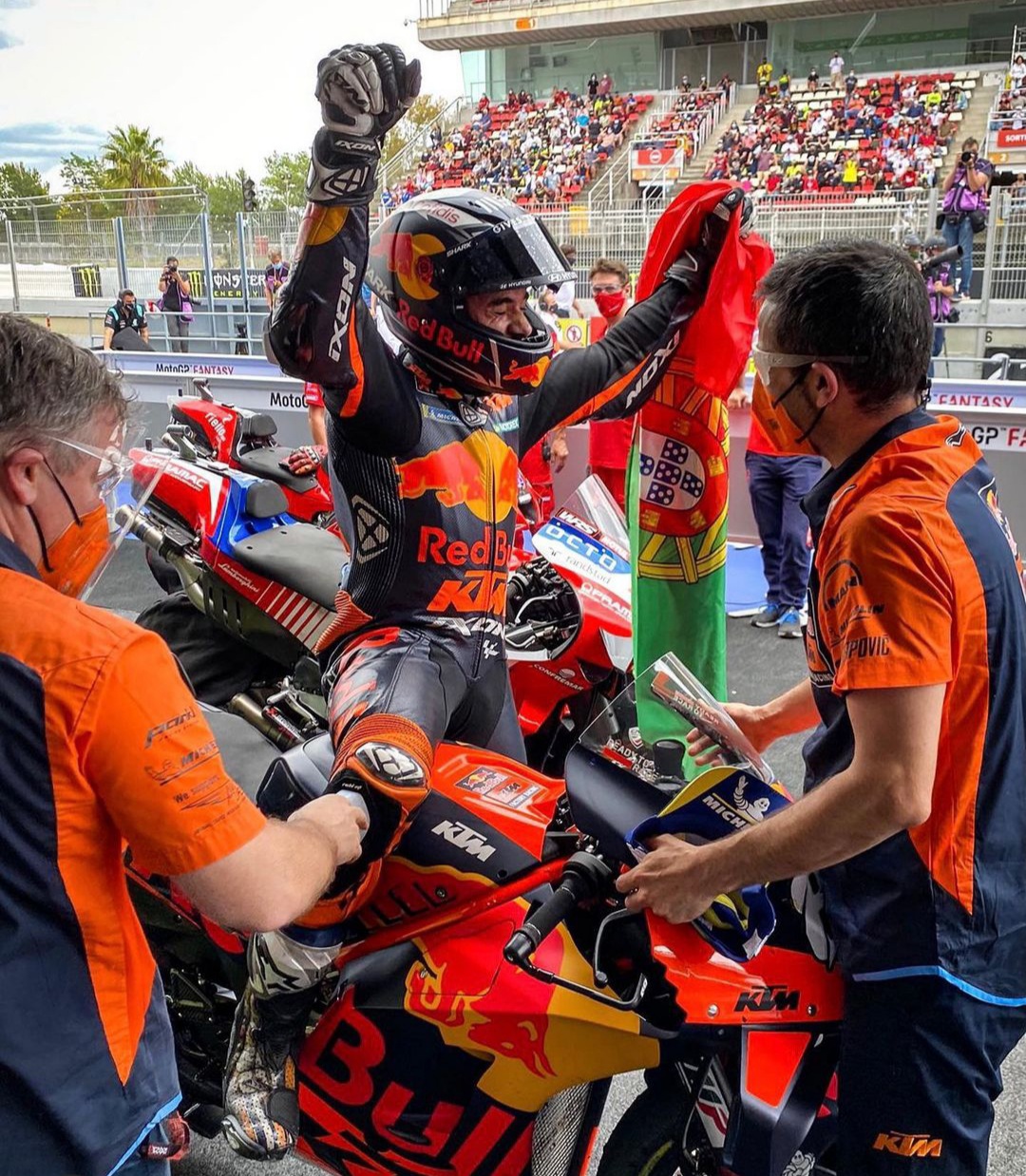 A fascinating victory tale in Catalonia

It was Miller who was last of the late brakers into Turn 1, the Australian ducking up the inside of polesitter Quartararo into Turn 1 to crucially grab the lead for the pre-race favourite. Oliveira got a great launch from P4 on the grid and also got the better of Quartararo, the Portuguese rider slotting into P2 behind Miller with Quartararo having to settle for P3.

El Diablo, in a very busy opening handful of laps, looked a bit impatient and a mistake at Turn 7 saw him drop to P5, with Joan Mir (Team Suzuki Ecstar) making a phenomenal start from 10th to get into the top three in the early stages. Oliveira took the race lead baton from Miller on Lap 2 and was able to stretch a one-second advantage out, with Quartararo able to carve his way back up to P2 by Lap 7. 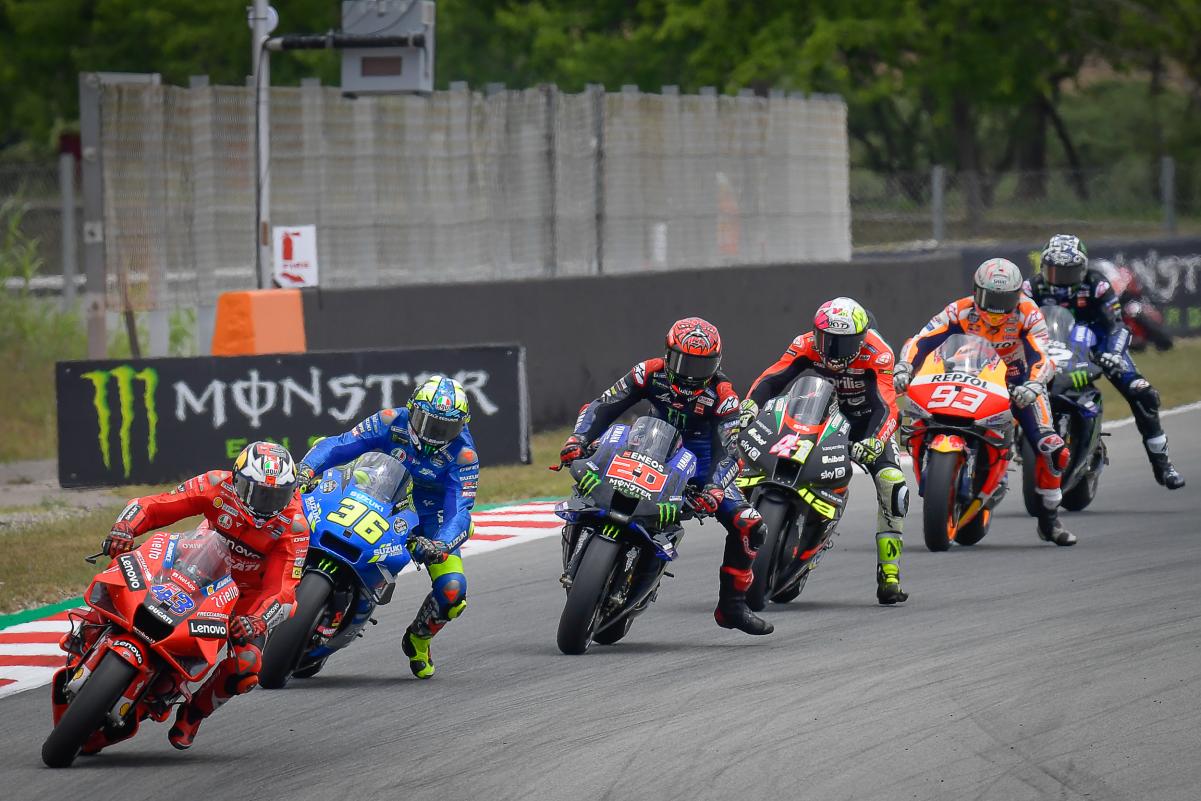 On Lap 12, Quartararo made his move. Better edge grip exiting Turn 4 saw the Frenchman slice his way up the inside of Oliveira at Turn 5, but the latter returned the favour at the start of Lap 14. The extra KTM grunt, coupled with a dose of slipstream, saw Oliveira re-take the lead, as 1.3s covered the front five: Oliveira, Quartararo, Mir, Miller, and Zarco. 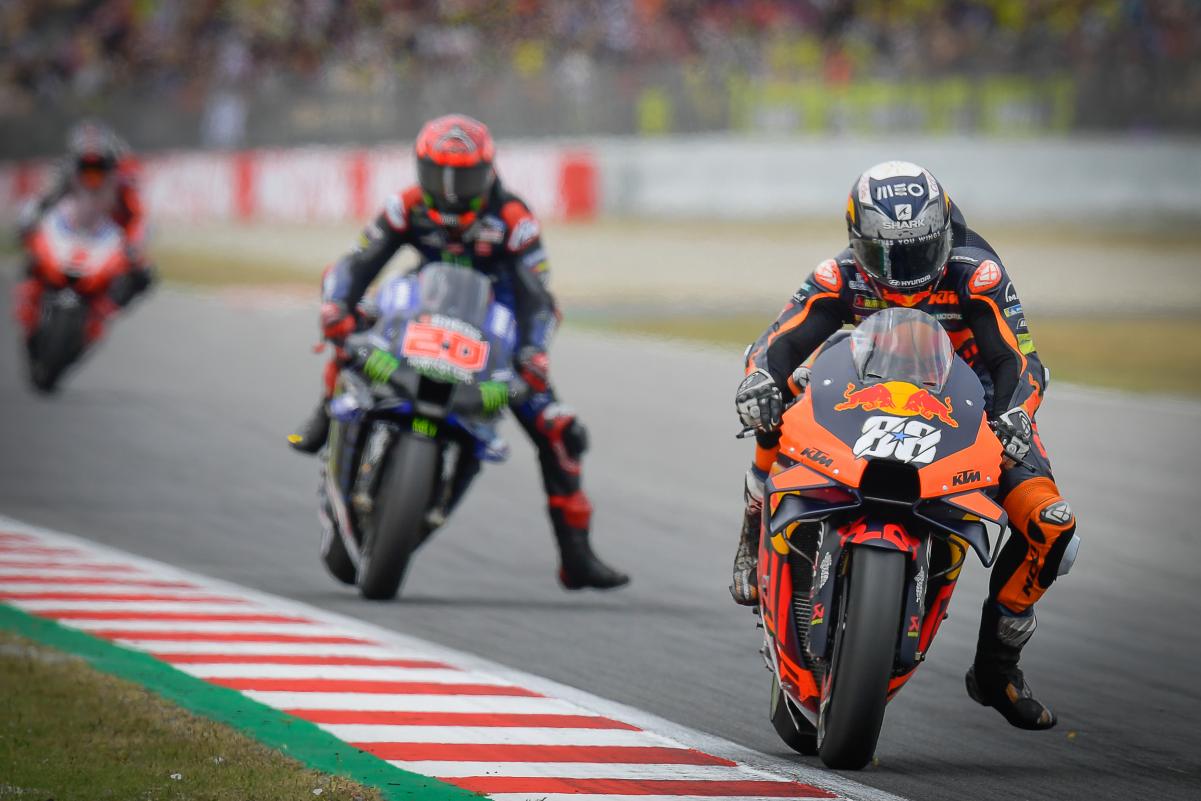 With nine laps to go, Oliveira and Quartararo were edging clear. Zarco and Miller both passed Mir, with Viñales now latched onto the back of the reigning World Champion – the factory Yamaha displaying very strong latter half of the race pace. However, Zarco in third was now 1.2s behind Quartararo, who was staying tucked up behind the race leading KTM. Who had something to spare? Oliveira was on the hard-hard Michelin combination, Quartararo the medium-hard.

With five laps to go, Zarco had closed the gap to the front two to under a second. We were deep into the Catalan GP, tyre wear was in full effect, and it was fourth place Miller who was the fastest of the leading quartet. And with four to go, Oliveira was suddenly 0.9s clear of Quartararo, the latter having his closest title rival right behind him – Zarco. 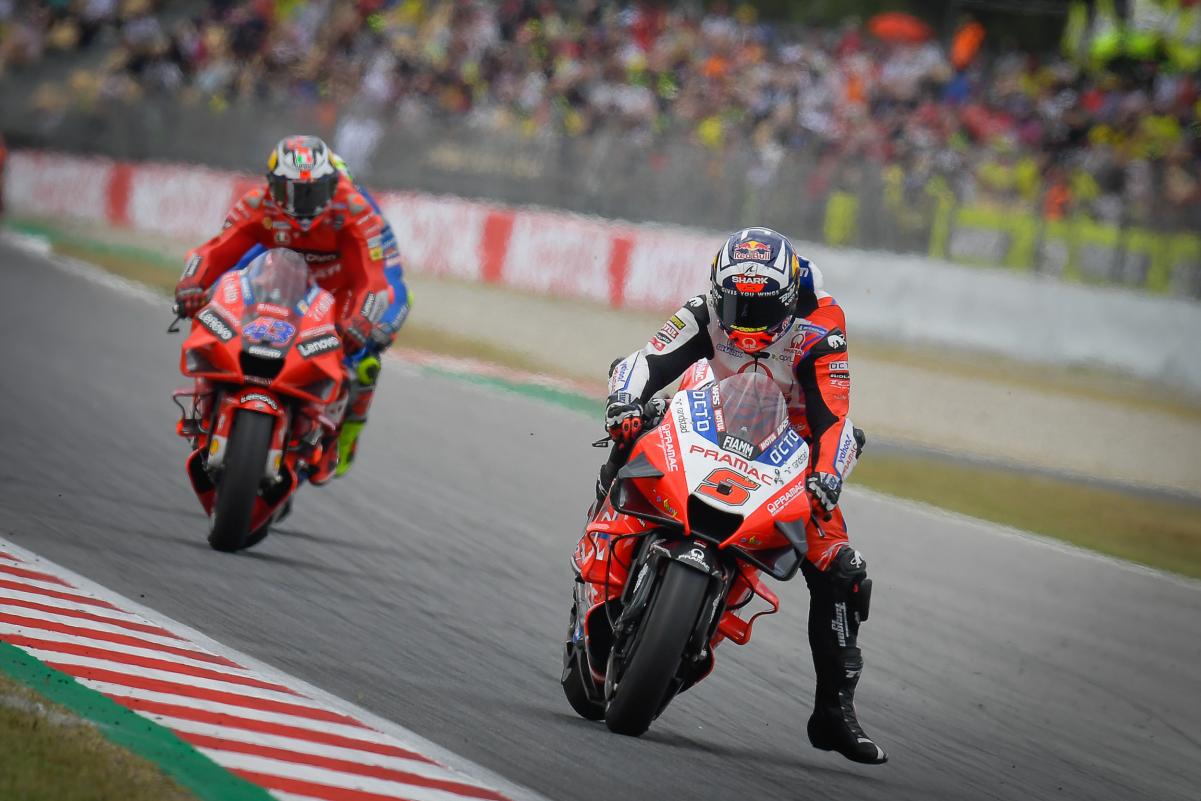 Zarco passed Quartararo on the straight, the Yamaha star was now all of a sudden struggling and he was almost down at Turn 1. The polesitter was forced to run wide at Turn 1 with three to go, he returned back to track in P3, as we saw a unique situation unfold – Quartararo’s leathers were undone, his chest protector was thrown away and Miller was all over the back of him. 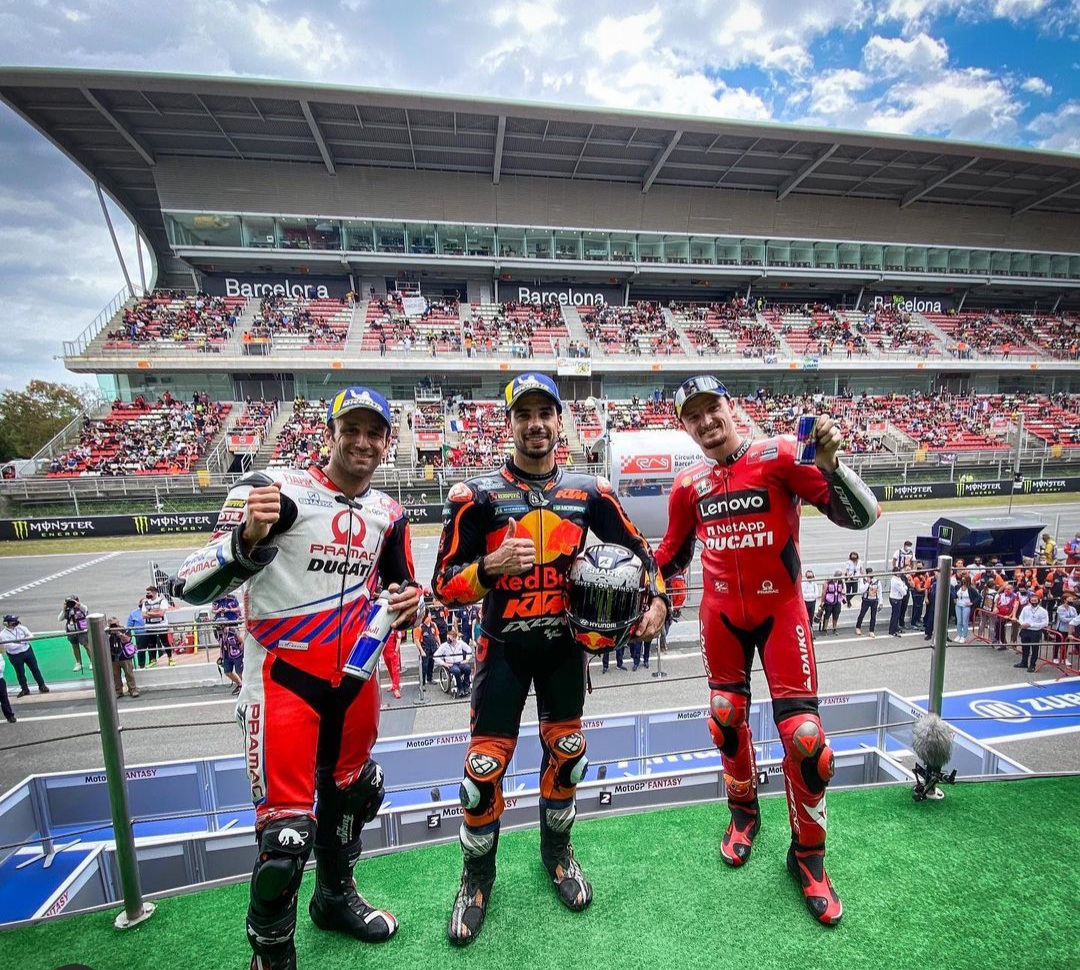 Meanwhile, Zarco was now just half a second down on Oliveira as the riders headed onto the last lap. Zarco was 0.4s quicker on the penultimate lap, and it was down to under 0.4s through the second split between the top duo. The Ducati man wasn’t close enough into Turn 10, the last real overtaking spot, as Oliveira held his nerve to claim a phenomenal Catalan GP victory. Zarco took the flag just 0.175s behind in a marvellous second place, as Quartararo was handed a three-second penalty for gaining an advantage when going wide at Turn 1. This, therefore, handed Miller a hard-earned rostrum. Late drama for Quartararo, who doesn’t even stand on the podium after displaying such a strong pace all weekend. 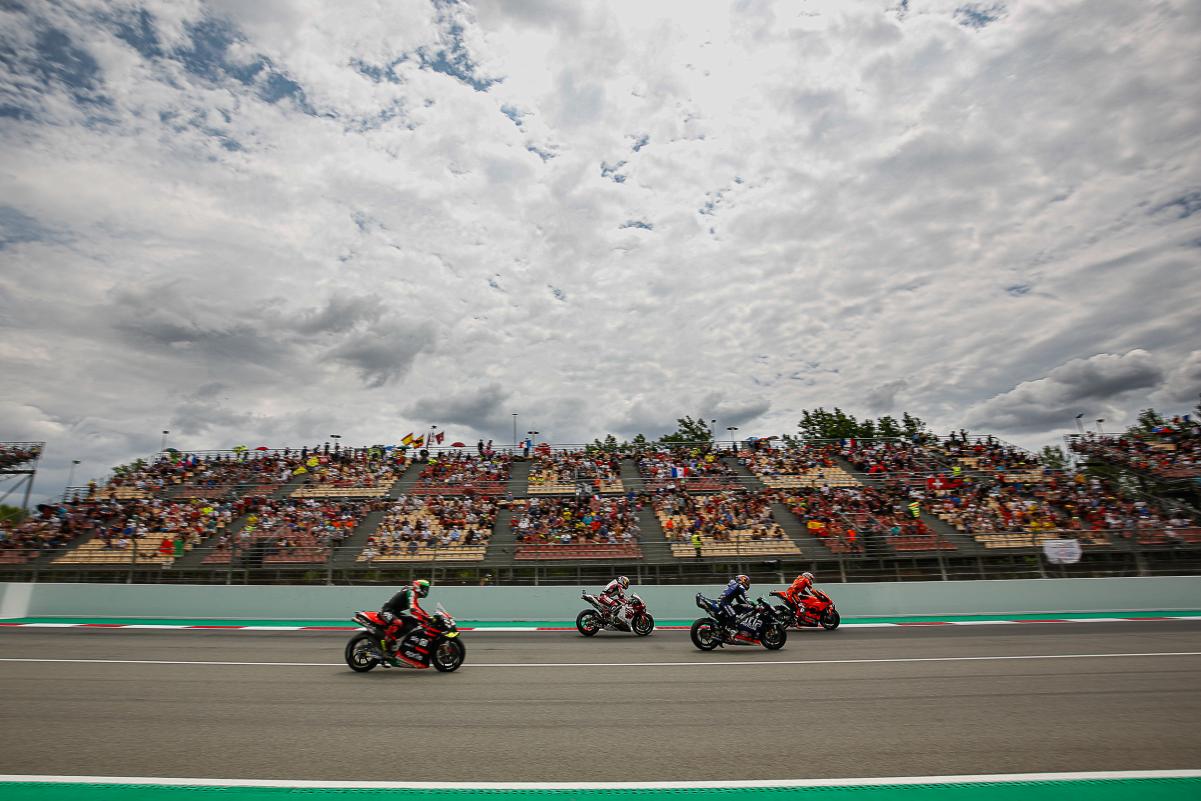 Elsewhere in the points…

In the end, Mir had no answer in the podium scrap and faded in the final stages. From 10th on the grid to P5, it was a solid effort from the number 36 who was able to keep Viñales at bay – P6 for the latter. Francesco Bagnaia (Ducati Lenovo Team) was 1.8s down on Viñales at the chequered flag in a quiet outing for the Italian, P7 for Bagnaia, as Brad Binder (Red Bull KTM Factory Racing) takes P8 just 0.2s behind Pecco.

Franco Morbidelli (Petronas Yamaha SRT) was another rider to have a quiet afternoon, the Italian finished a lonely P9. 3.6s adrift of Morbidelli in P10 was rookie and reigning Moto2™ World Champion Enea Bastianini (Avintia Esponsorama), that’s his third top 10 of the season. Alex Marquez (LCR Honda Castrol), Luca Marini (SKY VR46 Avintia), Takaaki Nakagami (LCR Honda Idemitsu), Jorge Martin (Pramac Racing) – who crashed on the sighting lap and was forced to start from the back of the grid upon his return from injury – and Lorenzo Savadori (Aprilia Racing Team Gresini) picked up the remaining points on offer in Barcelona. 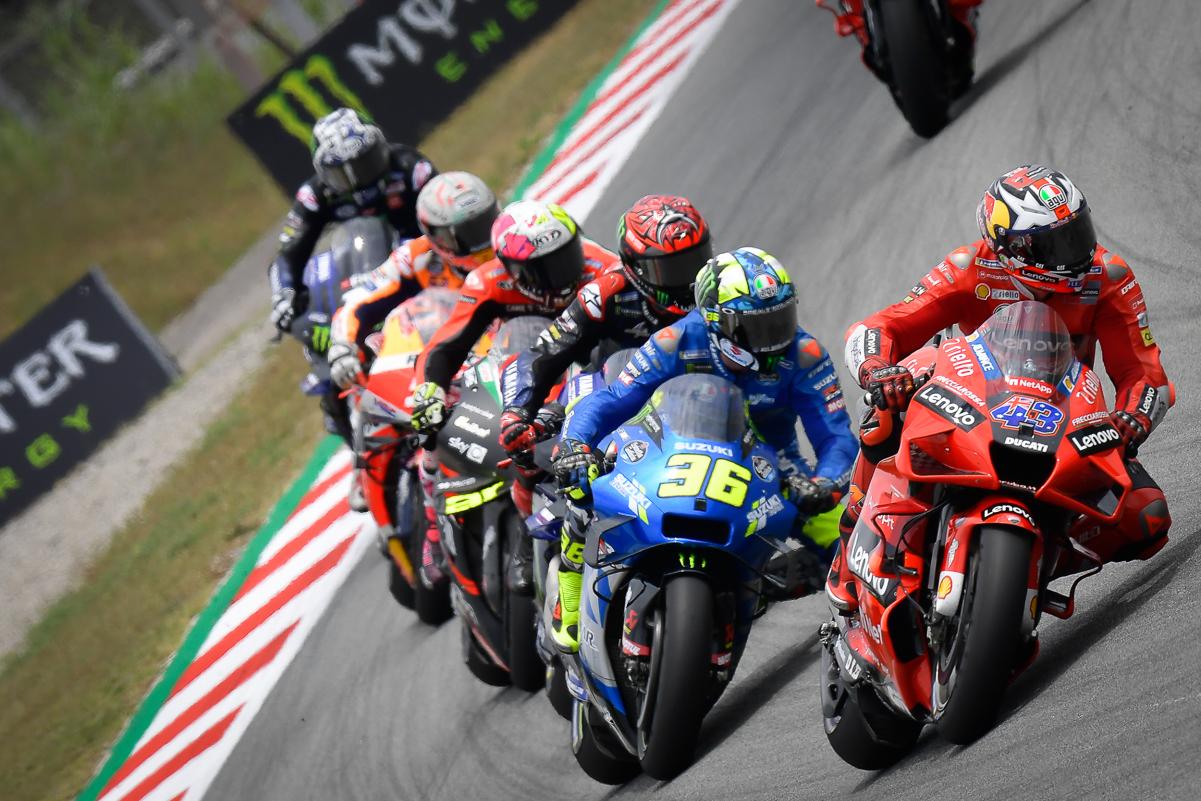 Both Repsol Honda Team machines suffered DNFs in the early stages, Pol Espargaro and Marc Marquez going down uninjured at Turn 4 and Turn 10 respectively. Aleix Espargaro and Valentino Rossi (Petronas Yamaha SRT) were two other riders to join Marc Marquez in crashing at Turn 10, as Danilo Petrucci and teammate Iker Lecuona also crashed out on Sunday afternoon – all riders ok.

A tasty World Championship chase in 2021

Oliveira and KTM deliver an outstanding Sunday performance to win their first race of 2021. The Austrian factory are back in business this season after a tricky opening few rounds, and that’s two podiums in two for Oliveira. 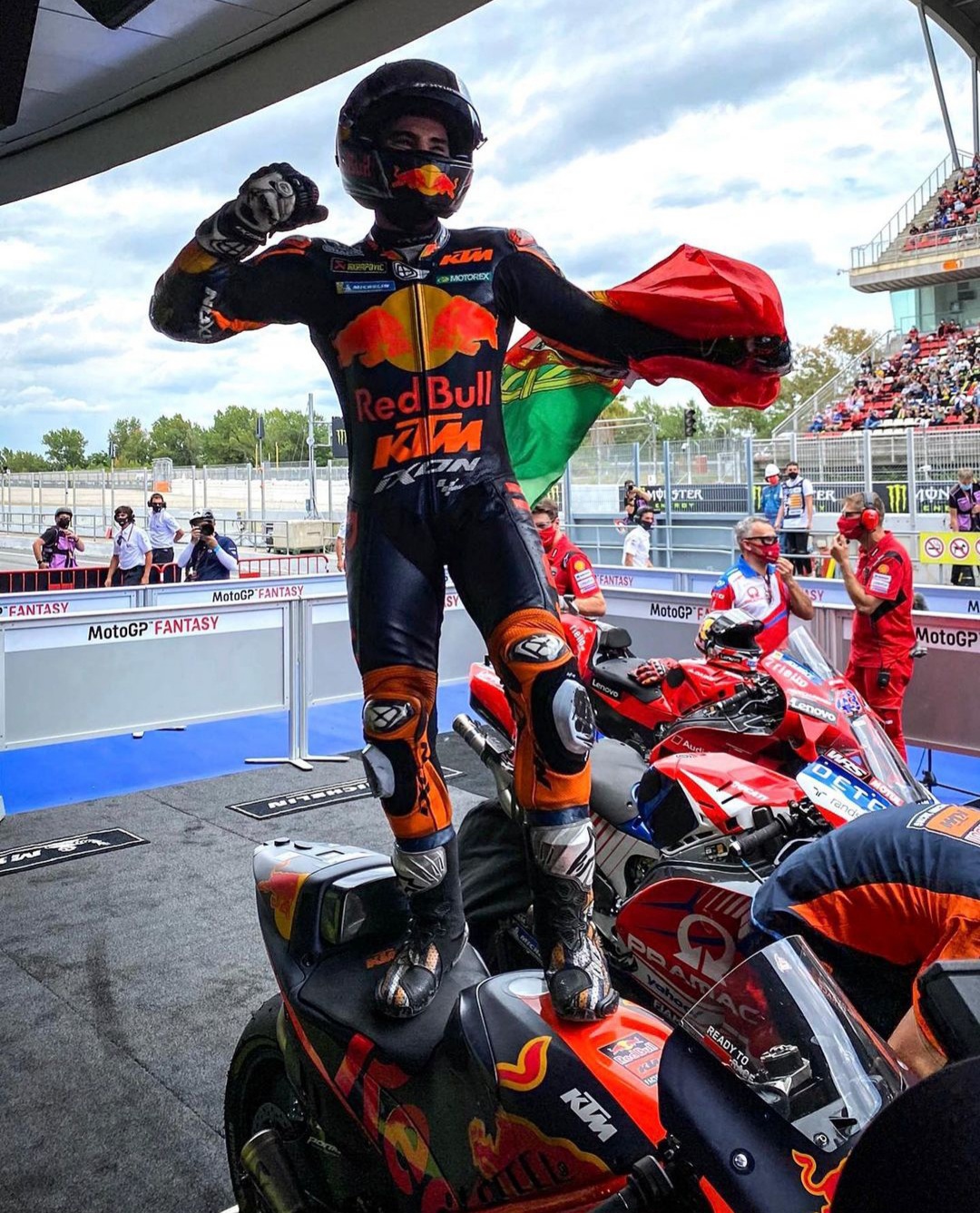 In terms of the World Championship, Zarco has closed the gap to Quartararo. It’s now 17 points between the Frenchmen heading to Germany, 30 points split the top four. Game on. 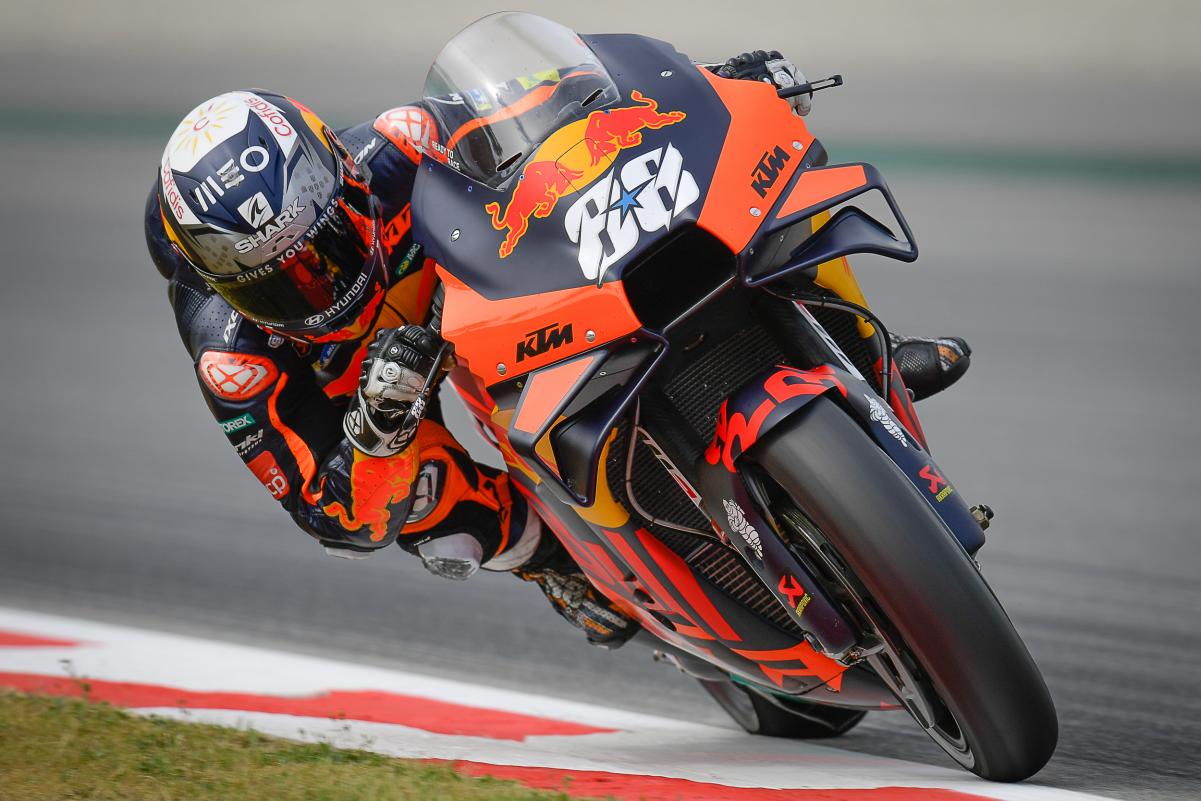 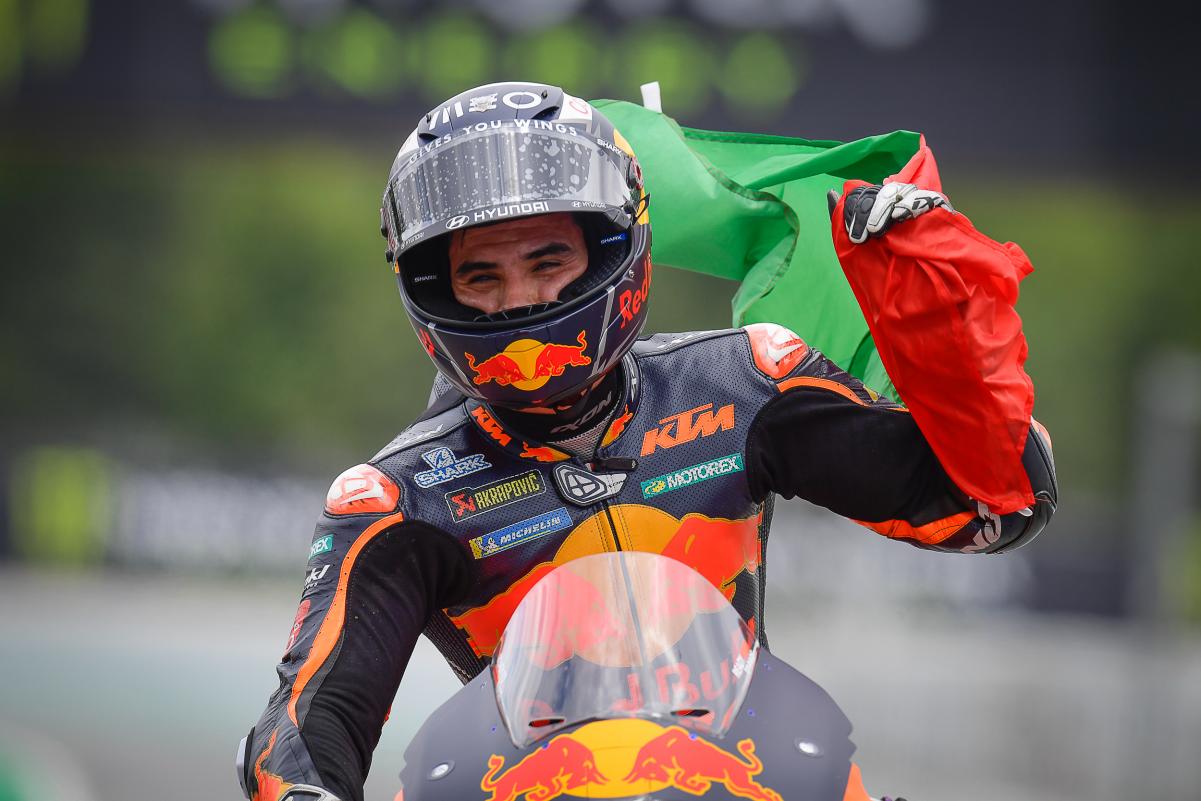