Paz and Fernando Prove the Philippines is an Underbone Racing Power in Asia!

History was made by Uma Racing-Yamaha Philippines in the opening round of the FIM Asia Road Racing Championship (ARRC) wherein the team dominated the Underbone 150 class. 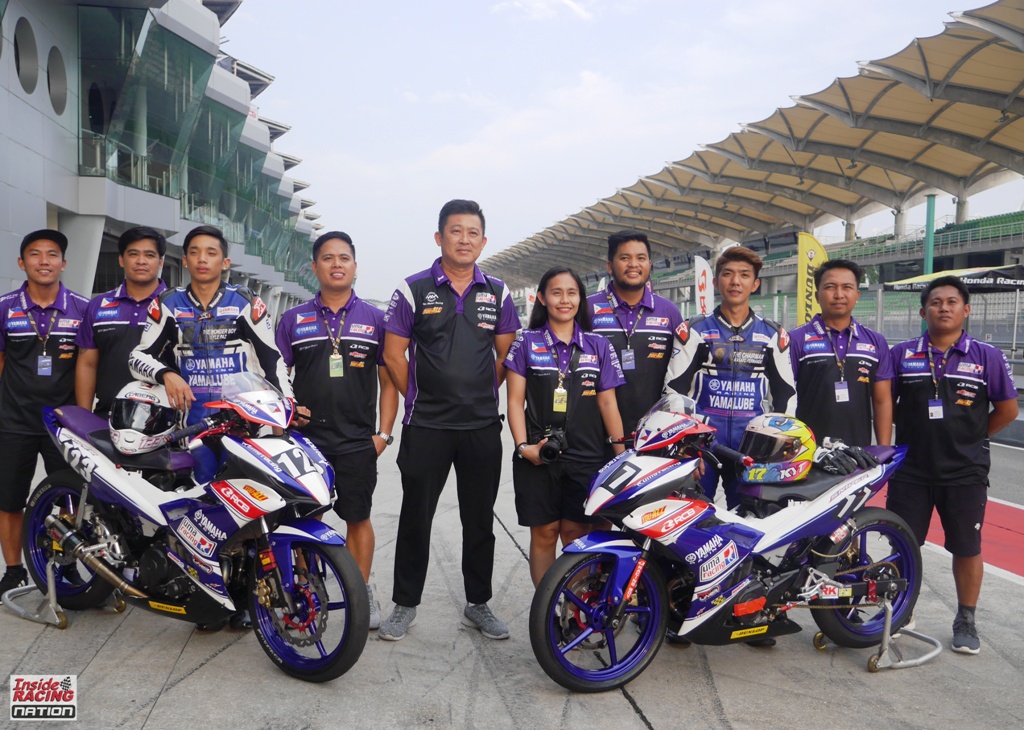 Before their stint at the season opener, there were high hopes and expectations for Filipino riders McKinley Kyle Paz and Masato Fernando as the two were considered high caliber racers for a long time now. The two indeed did not disappoint, proudly carrying the Philippine flag and clinching victories to the delight of the multitude of their fans and supporters back at home. 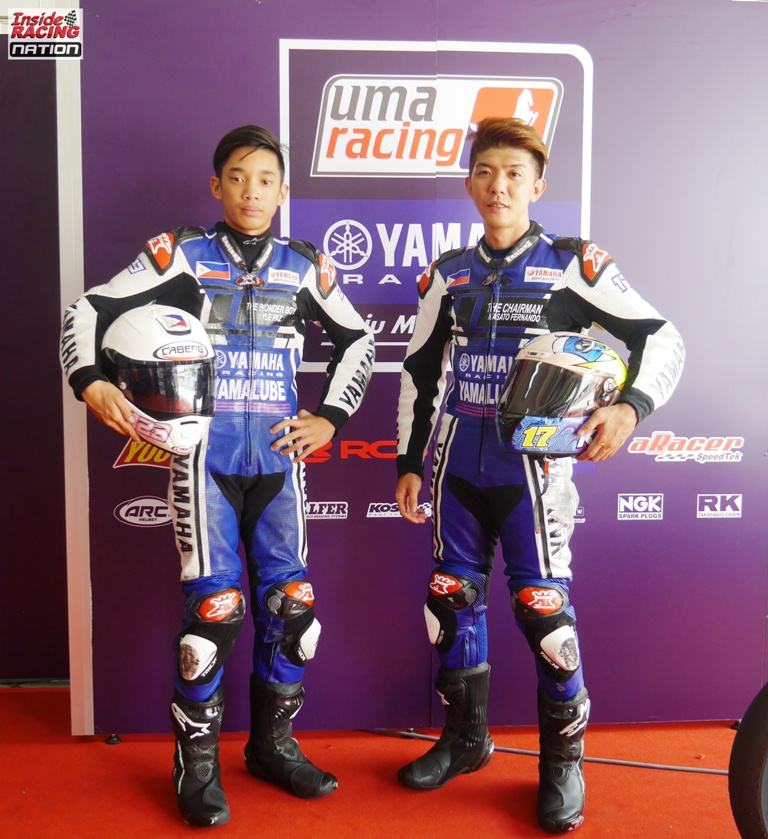 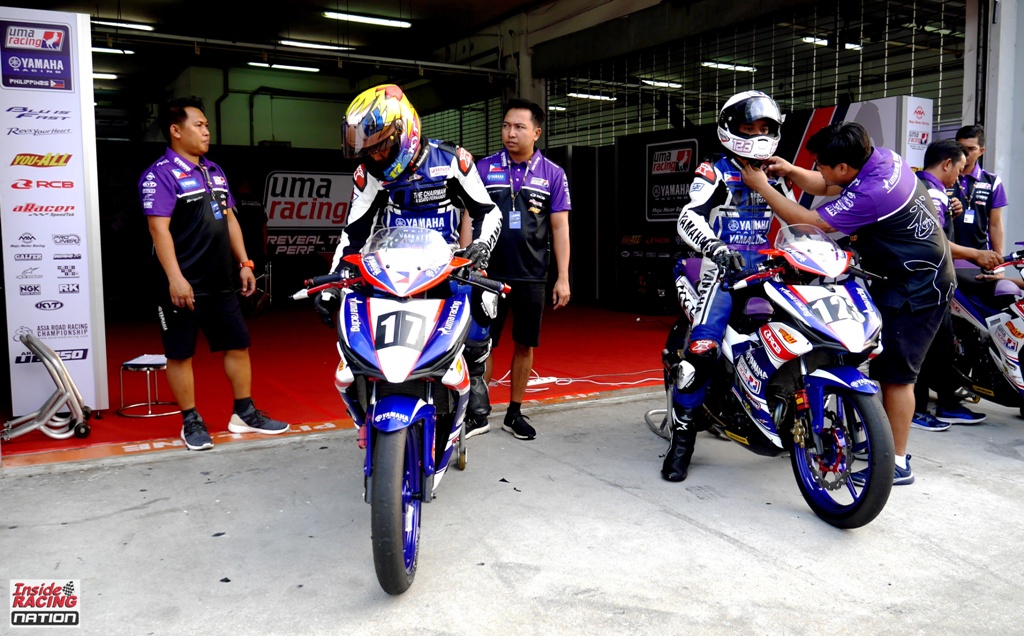 The battle in the UB150 class of the ARRC is tough as 34 riders diced it out in the first round held at the 5.543-kilometer Sepang International Circuit in Malaysia from March 8-10. Riding the highly regarded Yamaha Sniper 150 which is dubbed as “King of the Street”, Paz and Fernando hold their own against the best underbone riders in Asia. On March 8, #17 Masato Fernando who struggled in the Preseason Test held on March 5-7 qualified 4th while #123 McKinlely Kyle Paz who was impressive right away days before the opening round was 6th in the qualifying. Both participated in the Superpole in the morning of March 9 and Paz got the second position at the starting grid. Fernando, on the other hand, placed fourth. 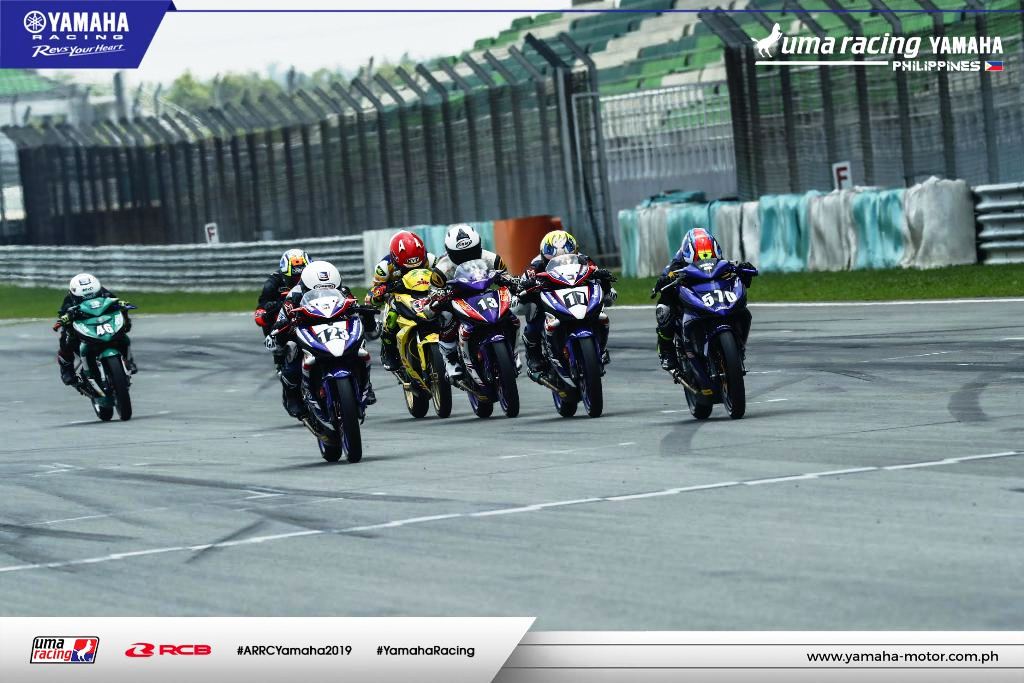 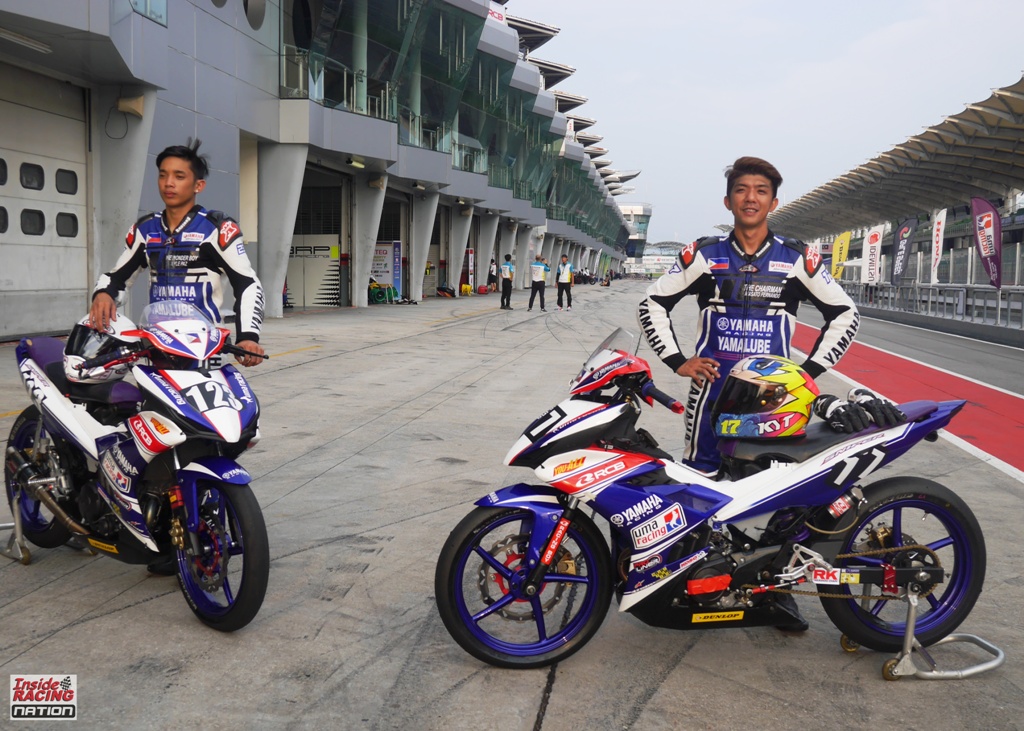 The Filipino riders with their Yamaha Sniper 150 race bikes

Race 1 was a well-deserved victory for Paz who “slipstreamed” past his opponents in the last corner of the last lap. Paz and Fernando were both relentless in battling at the first lead pack in the 6-lap race. Fernando eventually ended up at 5th place and was determined to redeem himself in Race 2. Meanwhile, the Philippine national anthem was played at the awarding ceremony of the UB150 class as “Wonder Boy” Paz joyfully accepted the first place trophy. Paz took the first win in the 2019 ARRC as the UB150 was the first race of the weekend. The “Wonder Boy” from Taytay, Rizal greatly capitalized on his experience racing in some rounds of the UB150 class in 2018 wherein he also raced for UMA Racing and his familiarity with the Sepang track. 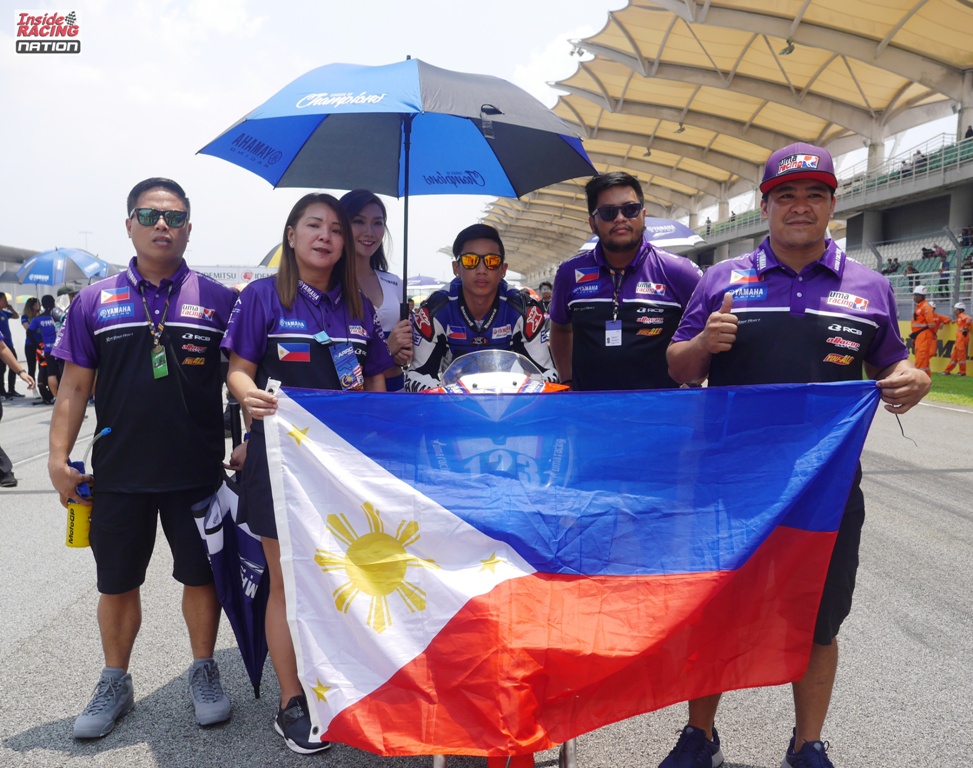 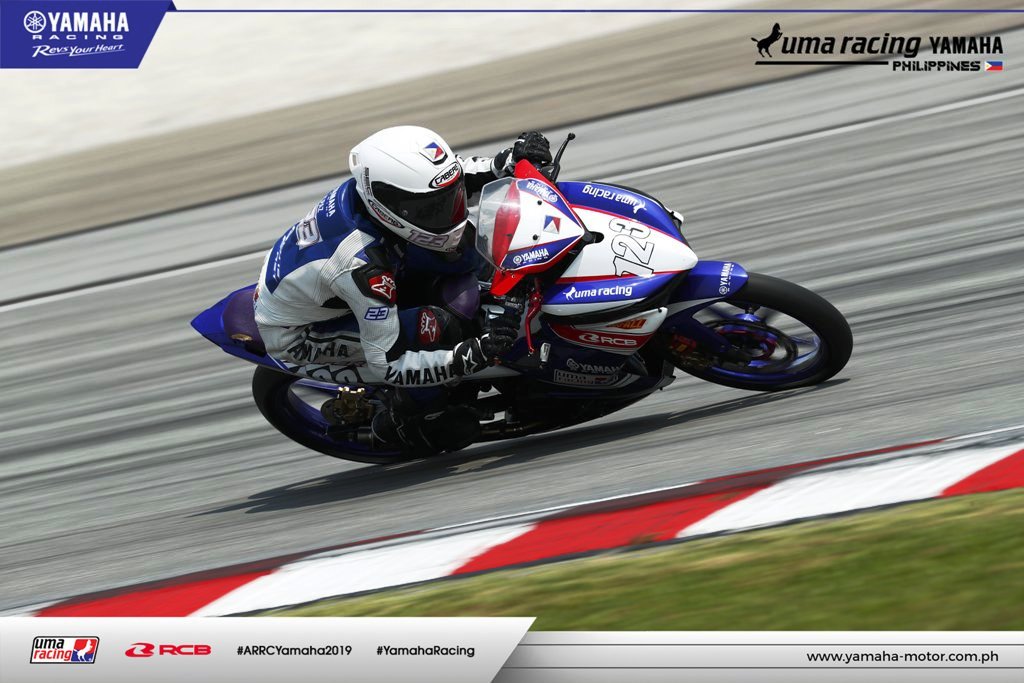 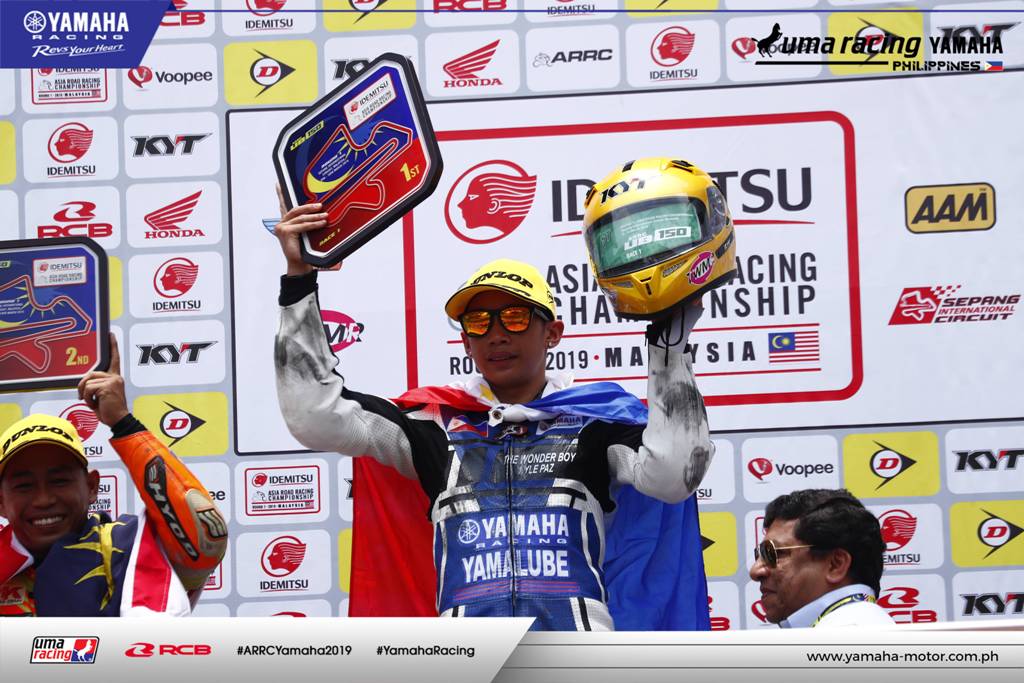 It’s payback time for “The Chairman” Masato Fernando in Race 2 as he made sure to clinch the win for the country. Fernando and Paz both had the chance to lead the race and staying true to his word, “The Chairman” from Guiguinto, Bulacan crossed the finish line first, surviving the tight 6-lap race. This was the first time for Fernando to join the UB150 class and to race at the long Sepang circuit as well. Paz got the third place and seeing two Filipinos in the podium indeed got their supporters in the Philippines in euphoria. The Philippine national anthem was played twice and the Philippine flag was raised in the podium twice in Malaysia. 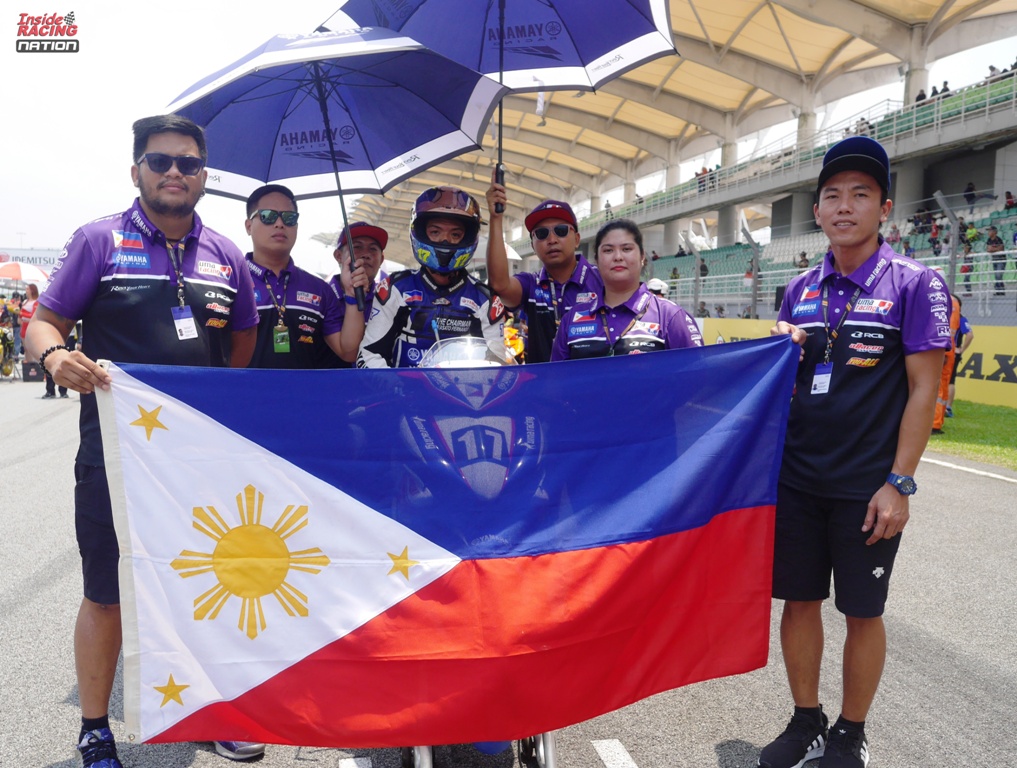 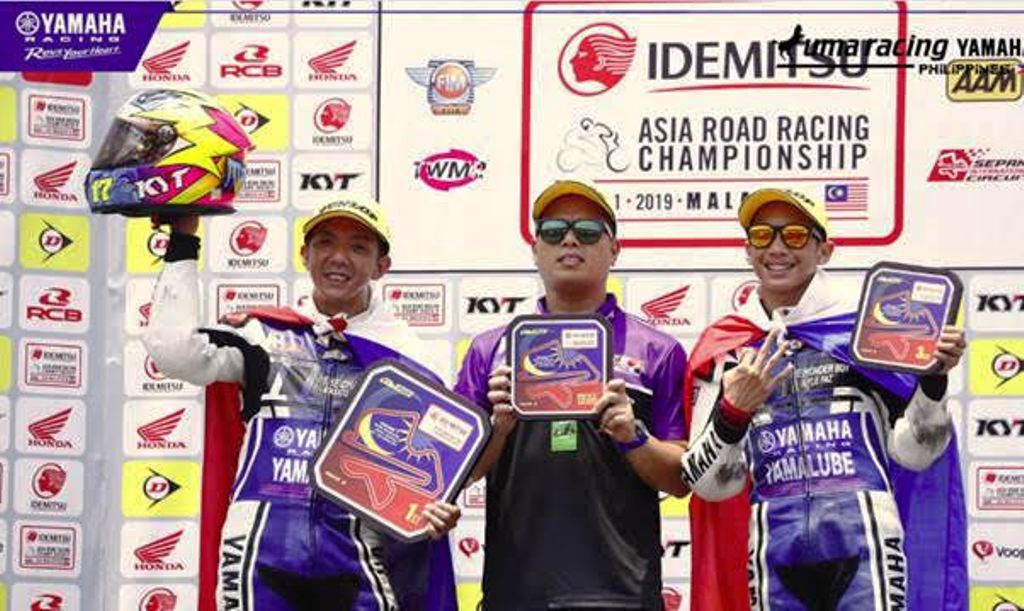 With his first place and third place output in Round 1, Paz now leads the point standings in the ARRC’s UB150 class with 41 points while teammate Fernando is second at the rankings with 36. UMA Racing-Yamaha Philippines is on top of the team standings with 50 points after the first round. 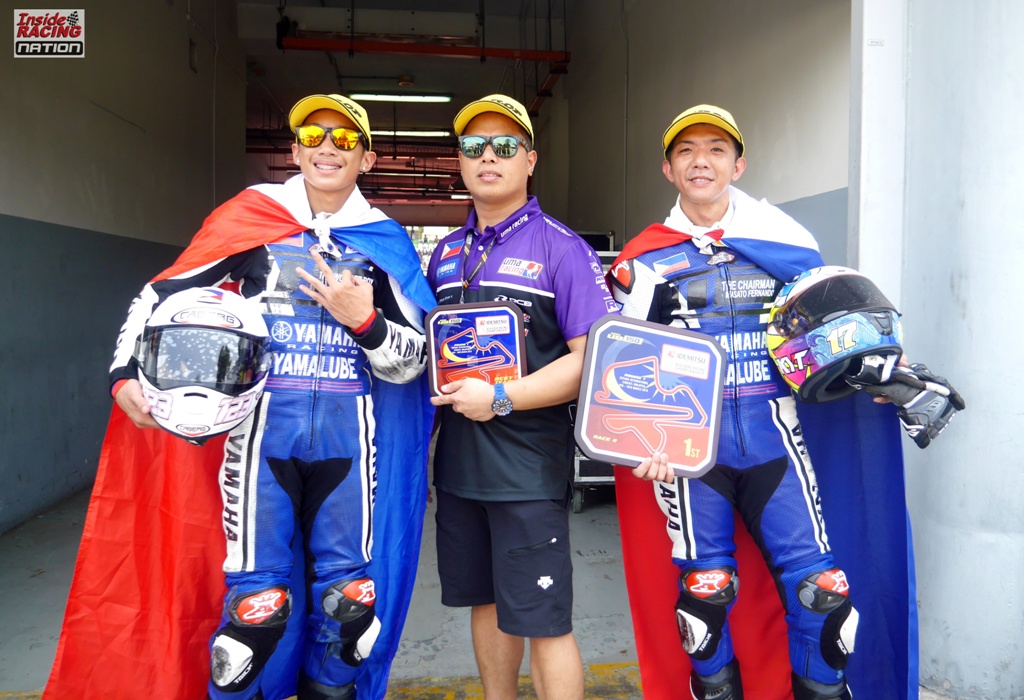 All out in supporting Paz and Fernando of course is Yamaha Motor Philippines with representatives Mr. Ryan Jude Camus, Ms. Jennifer Perey, Mr. Jordan Cornista and Mr. Emerson Mendoza. Team mechanics Jhonar Cruzem, JayR Cambaog and K-u de Leon of course played an important role in our victory in the first round. UMA Racing is a prominent motorcycle performance and racing parts brand in Malaysia and is a well known brand in the Philippines. Ms. Sam Lu of UMA Racing Philippines was present to support the Philippine team in Sepang. 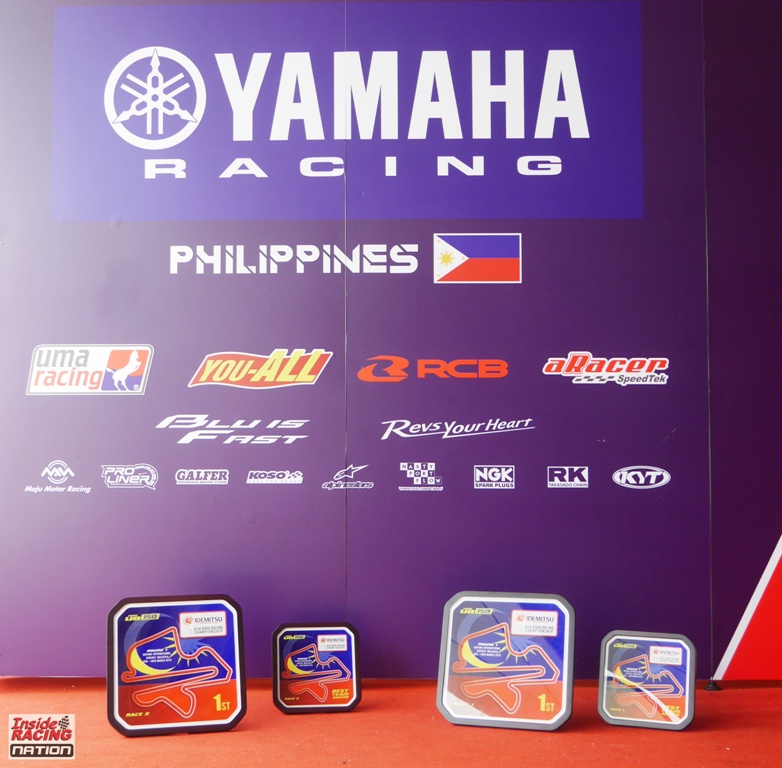 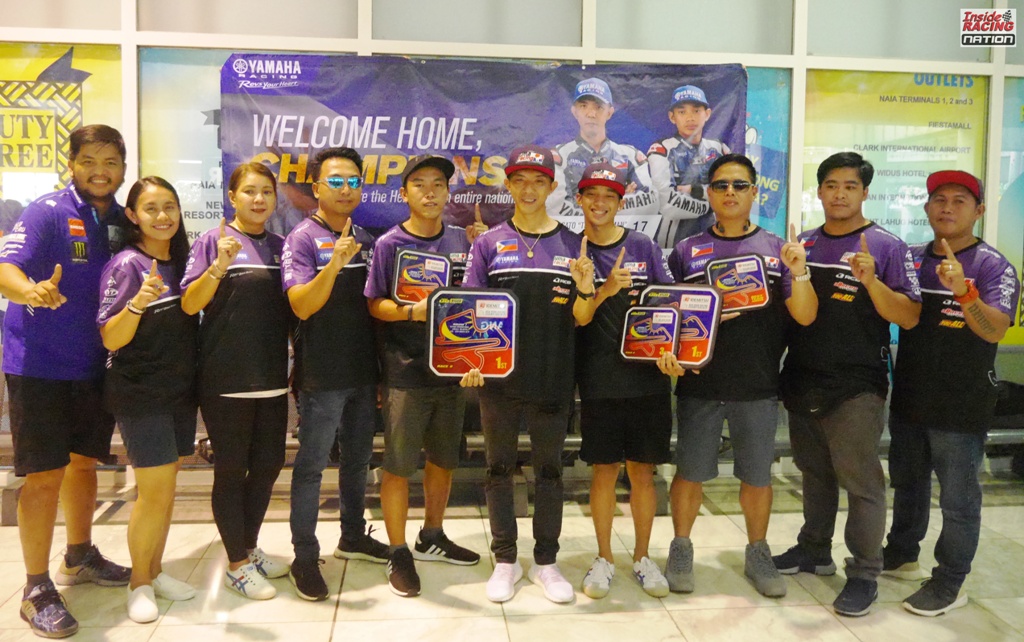 Back to the Philippines after a superb performance in Malaysia

Round 2 of the UB150 class is on May 31-June 2 at the Chang International Circuit in Thailand. Congratulations UMA Racing-Yamaha Philippines and the all the best in the coming rounds!