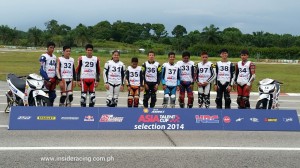 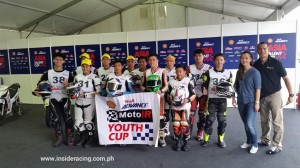 After the two sessions, six Filipinos advanced to the next round for another timing and observation. These were Paz,Mendez,Ramos, Mascardo, Ruedas and Caneda. Afterwhich Mandez and Paz were shortlisted  together with 29 othets to return tomorrow to join the Malaysian riders for the final test. 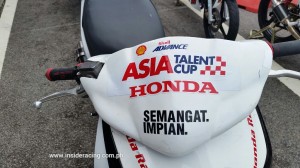 Unlike last year,the final list of riders who will join next year’s Shell Advance Asia Talent Cup will not be revealed until November. The Shell Advance Asia Talent Cup is the latest entry level series into the World Championship roadracing organized by DORNA. The 22 riders will compete around Asia alongside several MotoGP events on identical Honda NSF250R Moto3 racebikes. In 2014  Ralph Kenneth Torres was the lone Filipino representative in the series. 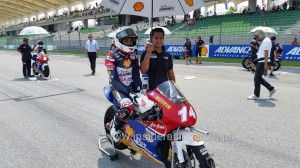