The legendary Suzuka Circuit was the stage for Round 4 of this year’s Asia Road Racing Championship (ARRC) calendar. Although it was easily one of the most anticipated events of the year, it also became the most challenging weekend so far in 2019 for Access Plus Racing-Ducati Philippines-Essenza in the Asia Superbike (ASB) 1000. 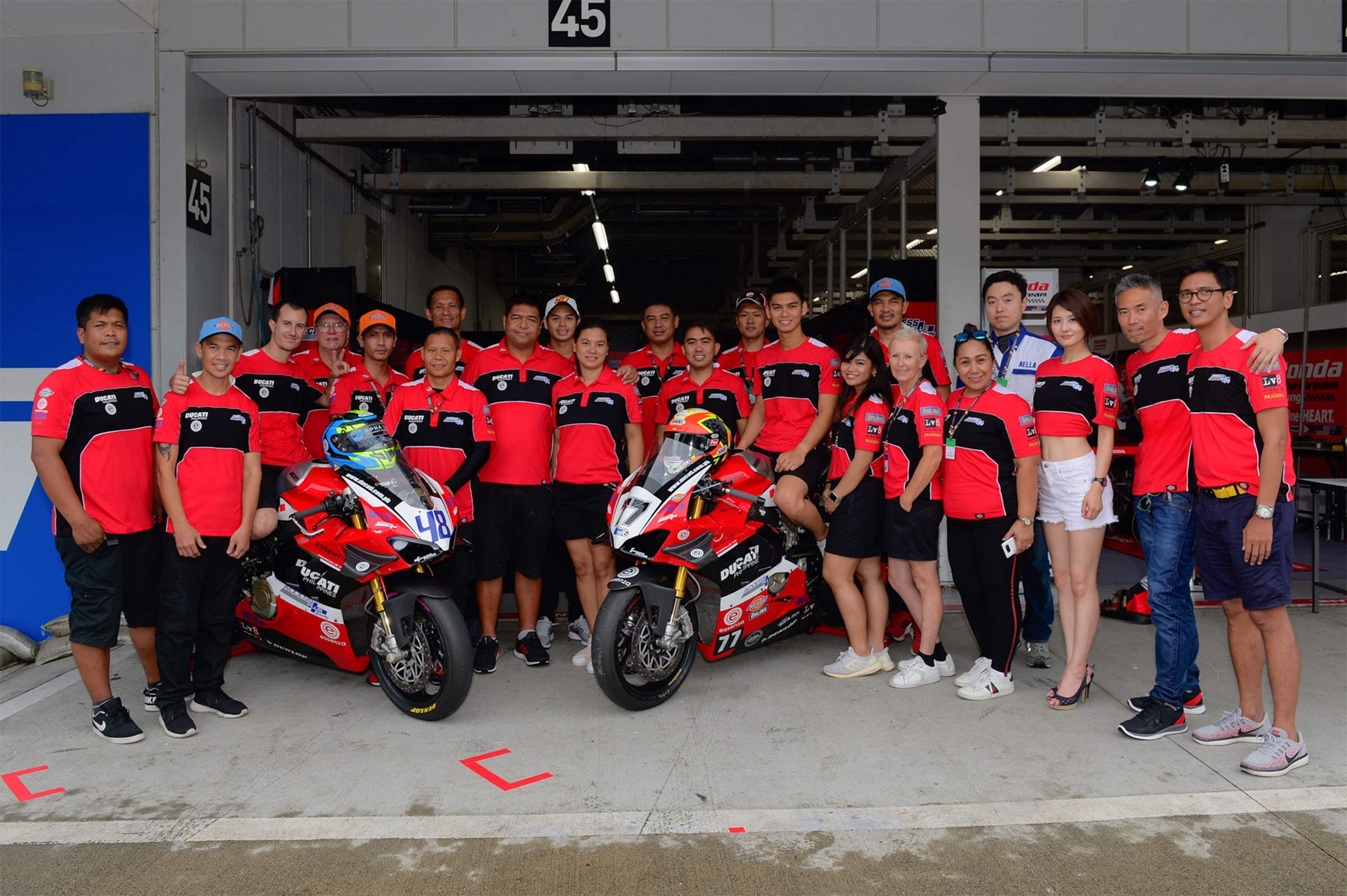 The team arrived in Japan with high hopes after their strong showing at Buriram, so it was quite a surprise for riders Timothy Joseph “TJ” Alberto and Jonathan Serrapica to be off the pace during FP1. But a quick setup change on their Ducati Panigale V4Rs did allow the two to shave seconds off their lap times and close the gap to the leaders. However, their progress was cut short after both crashed out in FP3 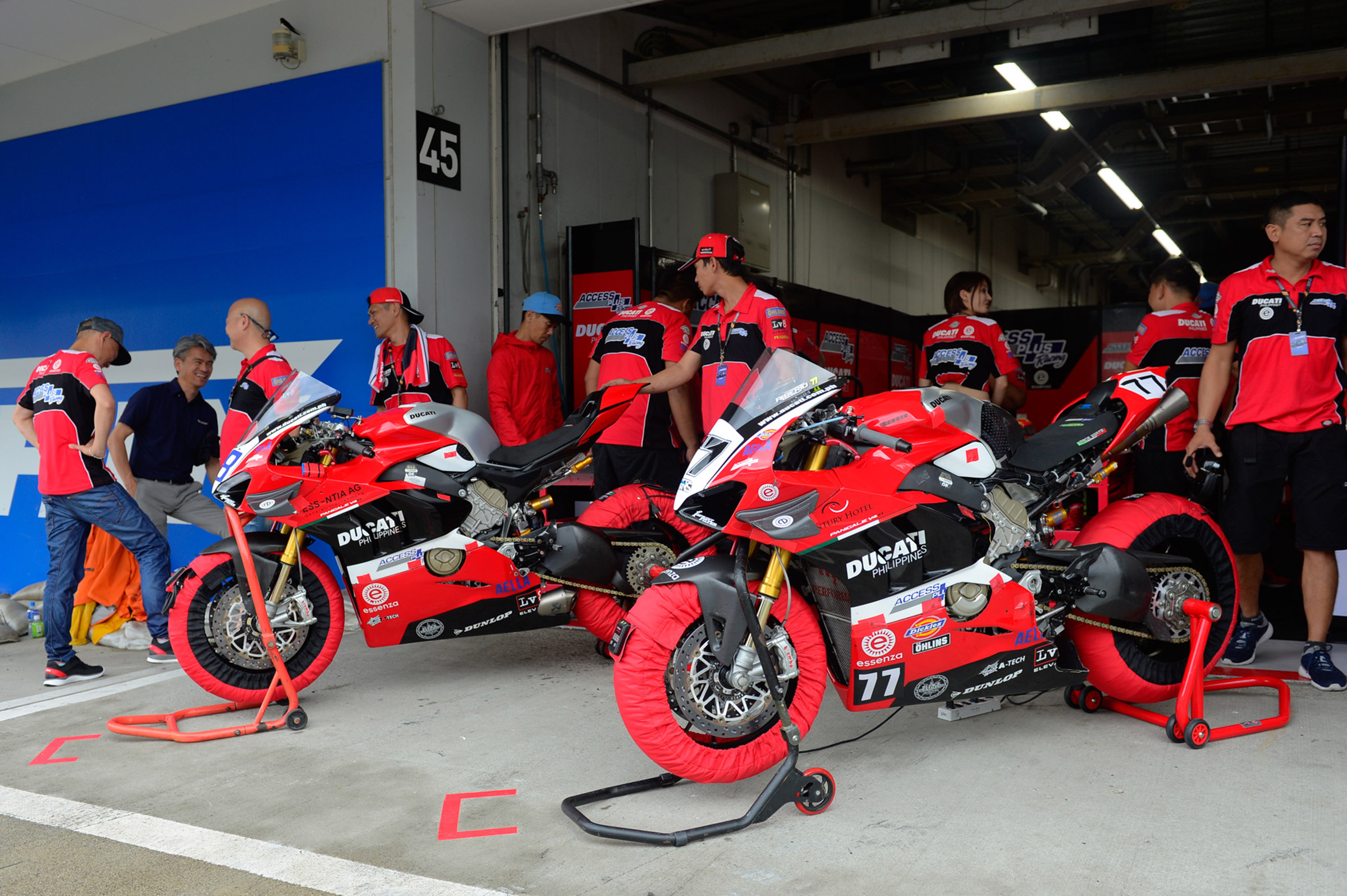 It required a full night’s work to get the Alberto’s #77 Ducati repaired for Qualifying the next day, while Serrapica had to jump on the team’s spare bike due to the damage sustained on his #48 machine. Despite the lack in track time, the Filipino rider did well to end up 14th fastest whereas his teammate was 16th on the grid.

Alberto was forced to take a conservative strategy in Race 1 on Saturday. After the previous day’s incident, his focus was to bring the bike home safely and score as much championship points as possible. He made up two places in the opening lap and slotted into 12th , which he held until the chequered flag dropped. Serrapica, on the other hand, struggled on the spare bike as the team barely had time to adjust it to his setup. Still, the Italian-Swiss rider soldiered on and endured the pain from the earlier crash to earn the team 14th place at the finish. 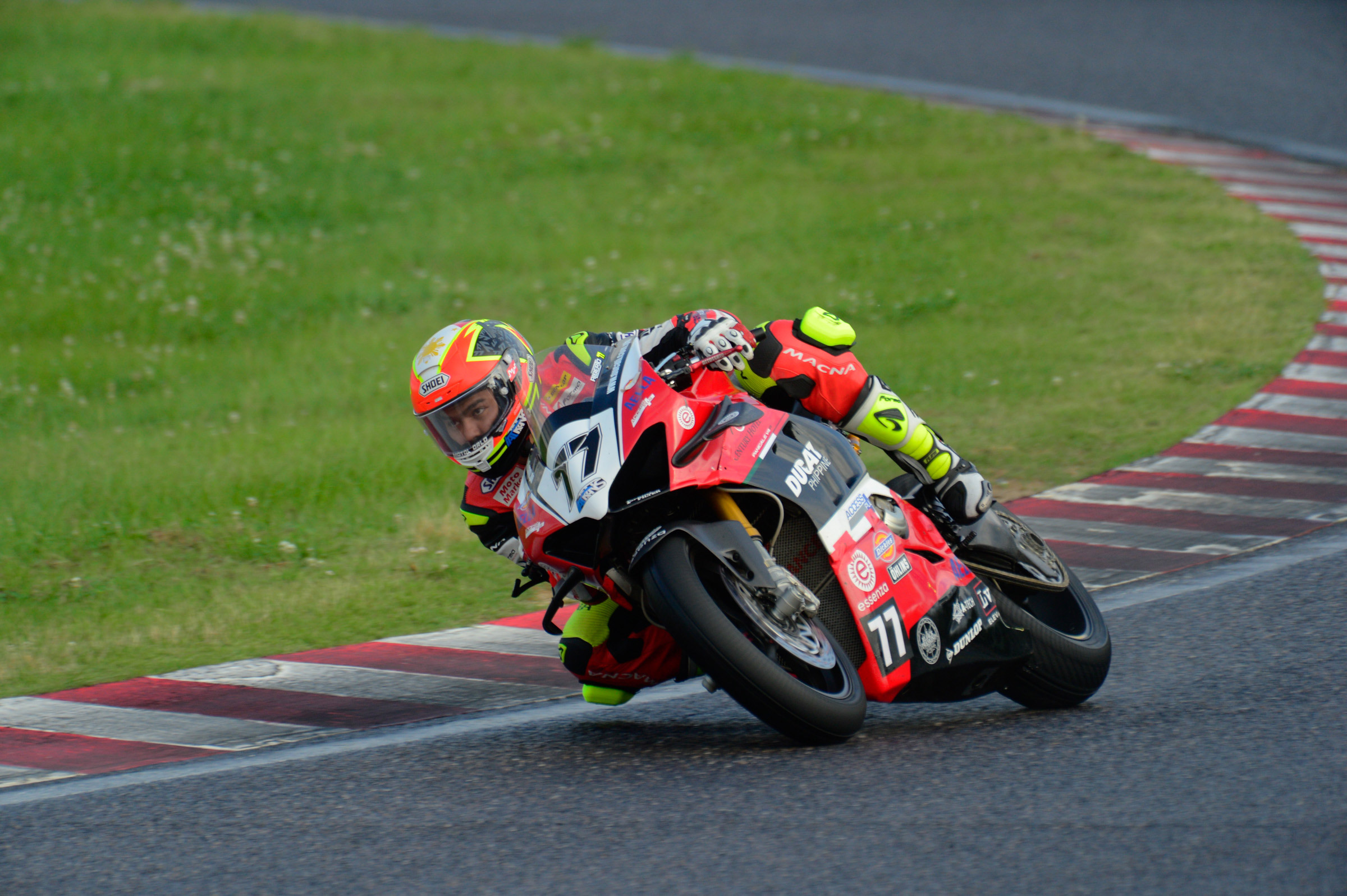 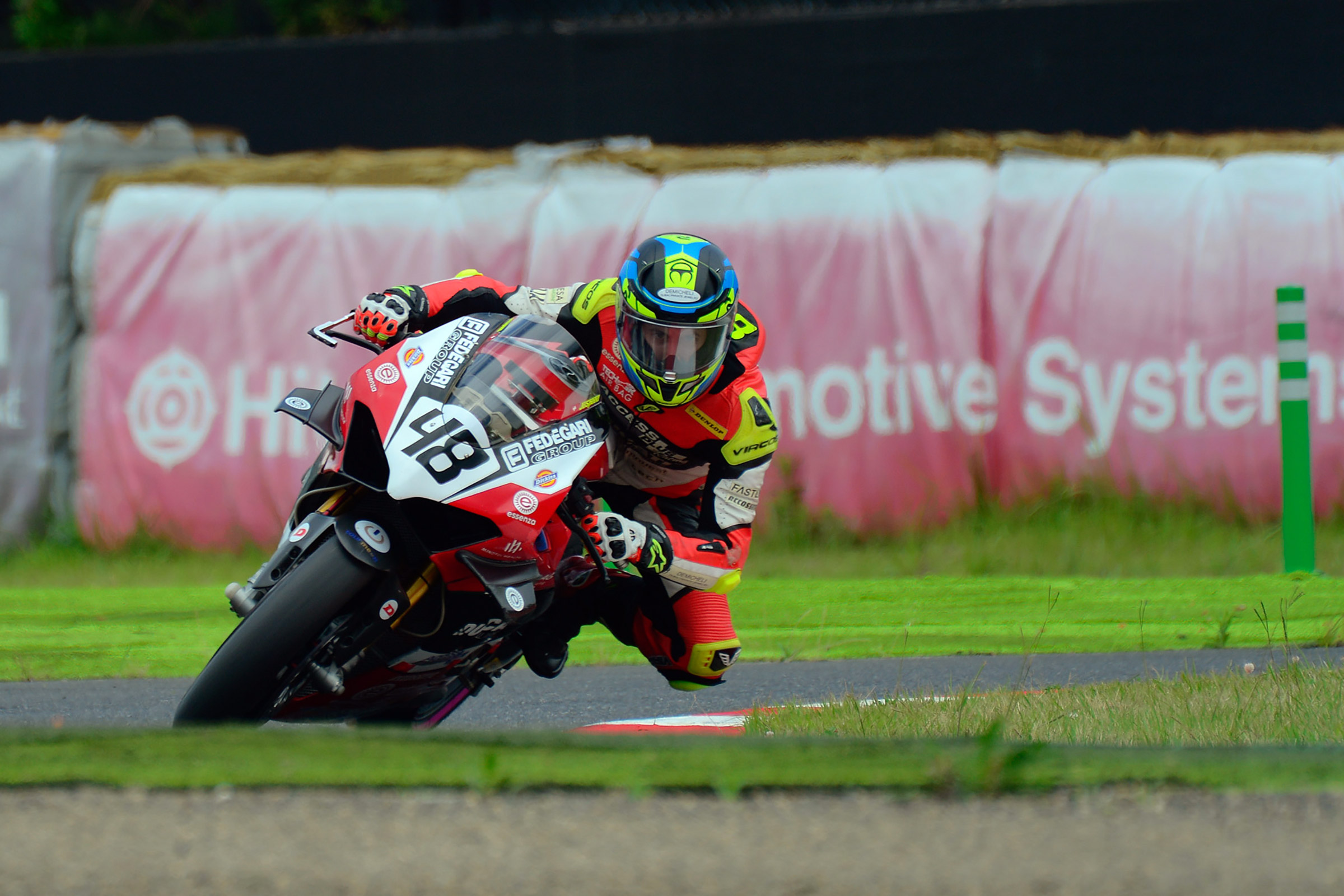 Regrettably, a torrential downpour drenched the team’s hopes of a strong result in Race 2 on Sunday. Given their limited experience with the Ducati Panigale V4R in the rain, Alberto and Serrapica just didn’t have the pace to put on a challenge in the wet. They crossed the finish line in 13th and 15th places, respectively to collect valuable points for the championship.

Access Plus Racing-Ducati Philippines-Essenza’s results in Japan may be less than ideal, but it doesn’t show the full story on how much the team has achieved since the start of the season. Coming in with zero experience with the brand new Panigale V4R, they faced many challenges in the ARRC’s highest level of production bike racing. But with every race the team was able to sort out issues with the new machine one-by-one and believes that they can soon be on the same pace as the front-runners in the coming races.

TJ Alberto now moves up to 9th in the overall standings with Jonathan Serrapica in 15th as the season reaches its halfway point. The ARRC will resume on August 9 to 11 at the Zhuhai International Circuit in China for Round 5 in the 2019 calendar. 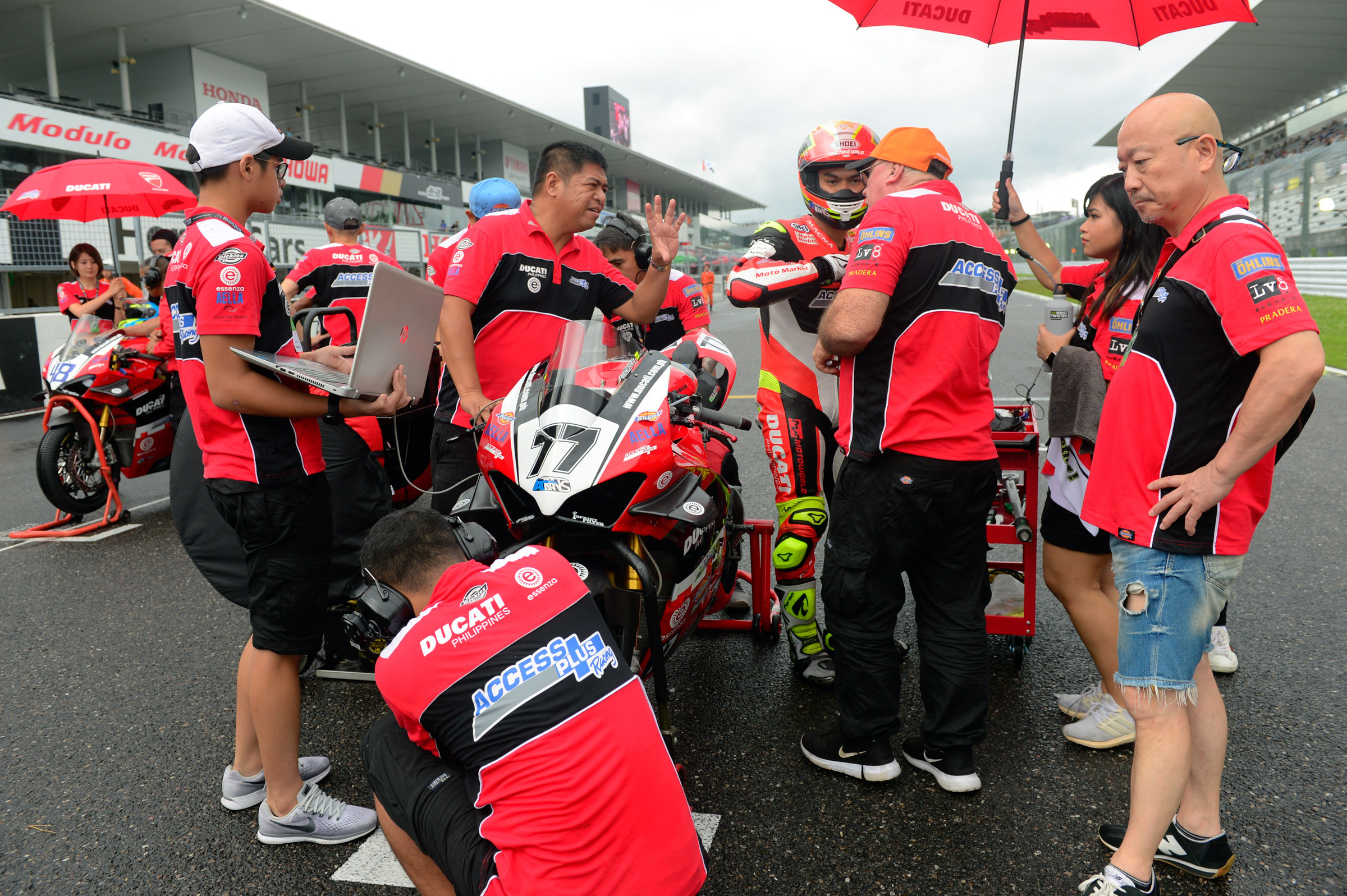 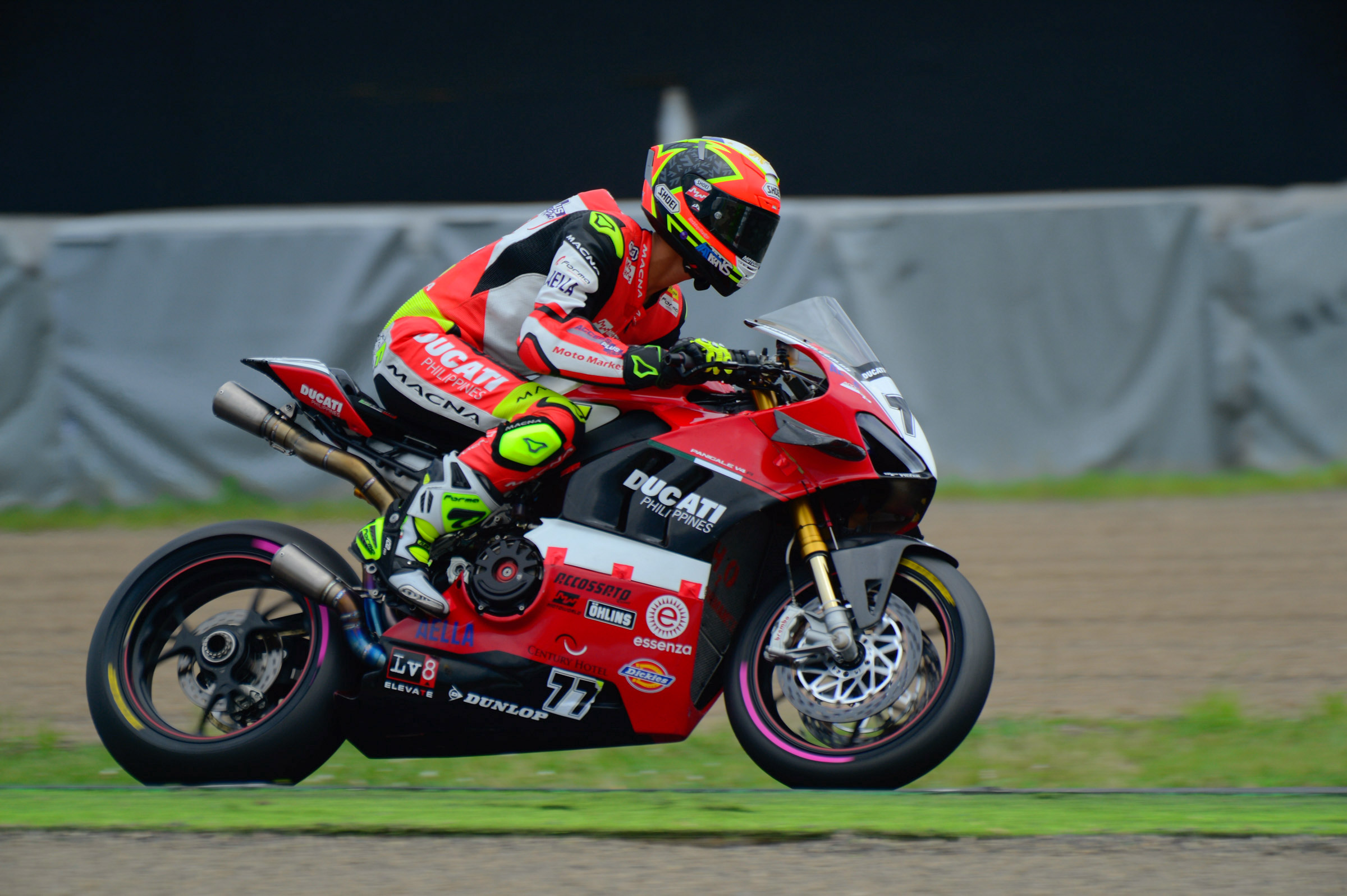 TJ Alberto, #77 Ducati: “It was a weekend of mixed emotions. Coming from a good race in Thailand, we were surprised that we were quite off the pace when we got to Japan. However, we were able to make big improvements during each session only to crash out in FP3. That lost us a lot of track time and put us on the back foot in qualifying. While we didn’t have the pace at Suzuka, what’s important is that we scored championship points in both races. I’d like to thank everyone in team for all their efforts despite the results not being the greatest. With some setup changes on the Panigale V4R, we feel optimistic that we can be on the same pace as the front-runners in China next month.” 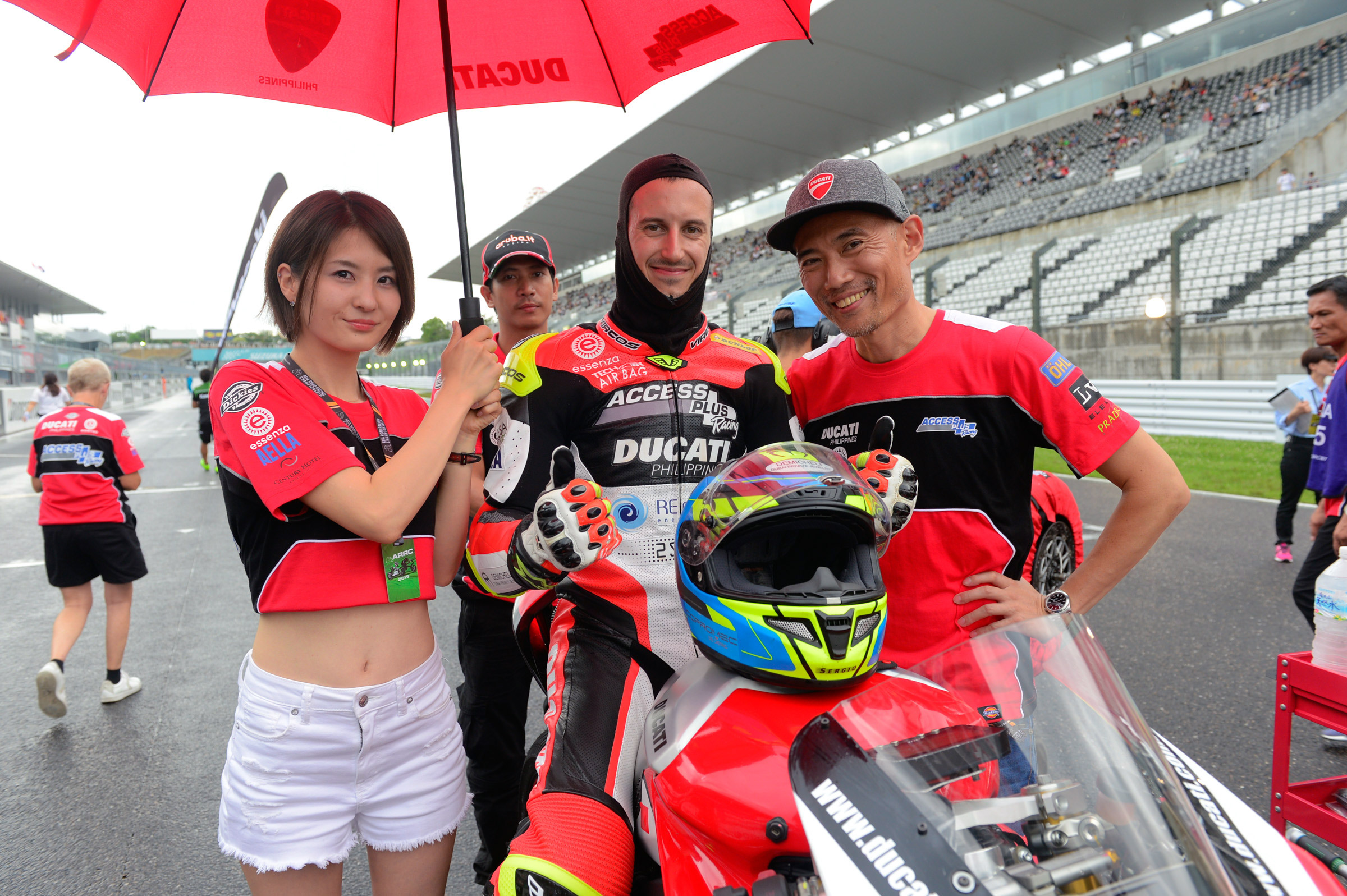 Jonathan Serrapica, #48 Ducati: “I was really looking forward to the race at Suzuka Circuit and continue our progress with the Panigale V4R in Thailand. It’s a legendary track on a such a beautiful country. Unfortunately I had a big crash in practice, which wiped out my chances at a good finish. But I have to thank the whole team for the great job they did, working overtime to prepare the spare bike and allow me to race. Although I was still in a lot of pain, I pressed on to make it to the finish line and ensure that all their hard work was put to good use. Just have to focus on the positives and come back stronger for the next race in China.”

Toti Alberto, Team Principal: “Thank you to everyone who came to show their support for the team in Japan. Ducati Suzuka was there to help us, so did Ducati Japan and its aftersales director Taiko Mori-san. AELLA also joined us the entire weekend to make sure all their products worked well. We may have had one of the most difficult races so far in 2019, but I’m happy that we were able to give our best with help from our Japanese family. Also I’m really glad to see how much the team has stepped up to get us where we are now in this championship.”