PSR: Mauricio Solidifies lead for Scooter Crown with a thrilling victory over Fernando

Halfway through the season, Gian Carlo Mauricio of JVT is in top form and that showed during the 3rd leg of the 2017 FDR Philippine Scooter Racing last July 9 at the Batangas Racing Circuit. It was a thrilling race wherein Mauricio led during the first 6 laps before Masato Fernando of Yamaha – Spec V and Mckinley Kyle Paz of Phoenix – Yamaha – KOSO made their move and that resulted in the three exchanging leads several times. It turned out Fernando was just waiting for the right opportunity to take the 180cc lead for good as he made a brave move on the second to the last corner to wrest the lead from Mauricio. Come the final straight at BRC, Fernando appeared to be headed his way to victory as he even checked to his left if he created enough gap between him and the JVT stalwart but to his surprise as he moved his head back forward, his peripheral showed Mauricio blazing through his right to eke out a very close but well-deserved win. Mauricio finished the 8-lap race in 15:29.532s, a mere 0.067s faster than Fernando who clocked in with 15:29.599s. “Wonder Boy” Paz took home the 3rd place trophy, coming in half a second later. With his win, Gian solidified his lead over Fernando as he now has a total of 72 points halfway through the season against Masato’s 60 points. Kyle Paz also has 60 points, tying for second over-all There are 3 races left so this should be an exciting homestretch for these three.

In the 160cc class, Amber Torres closed the gap on over-all leader Niel Jan Centeno with a victory in the 3rd round. He now trails Centeno by a mere 1 point, 69 to 70. The 3rd race was Torres’ first win this season, as Mcdon Sande and Centeno took home the 2nd and 3rd place, respectively. In the 130cc class, it was Paolo Capili though who won the round with a clear cut 15:40.352s performance, 34 seconds faster than 2nd placer Memel Natividad. Coming in 3rd is Jefferson Rivera. Evander Soliveres meanwhile kept his over-all lead intact with a safe race, as he now has a total of 68 points in the season standings.

The next round will be this August at the Clark International Speedway. 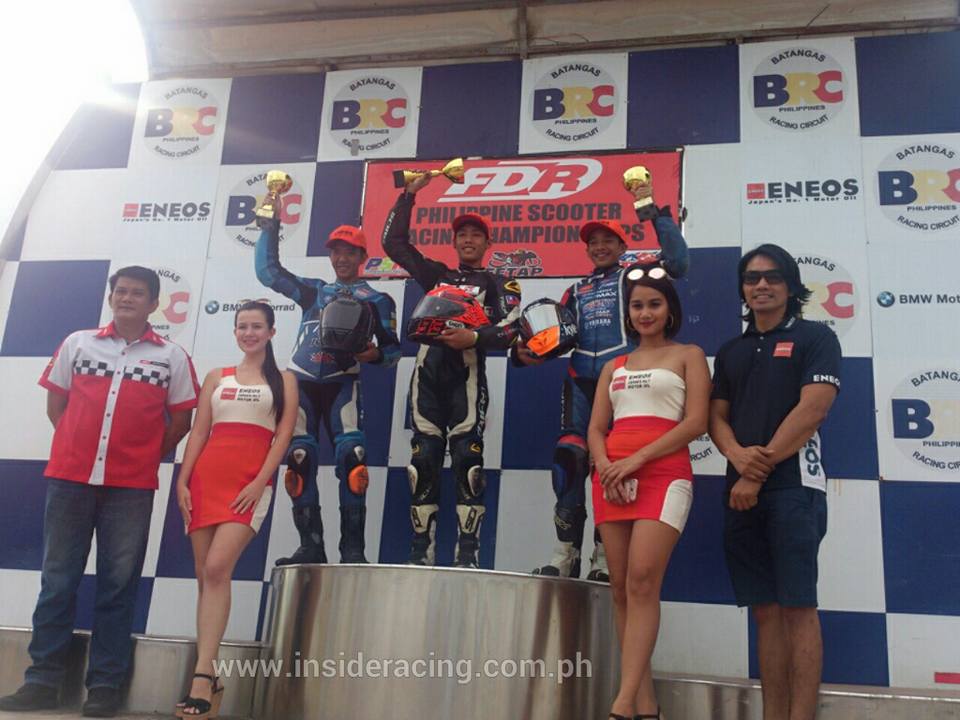