Monster Energy Yamaha MotoGP’s Fabio Quartararo dominated the Q2 session and secured the 16th pole position of his MotoGP career at the Grand Prix of Indonesia. Franco Morbidelli would have been in the mix for a front-row start but was unlucky to crash out on his second hot lap. He was able to head back out on his second bike but paid a steep price for the small mistake, finishing the session in 12th place. 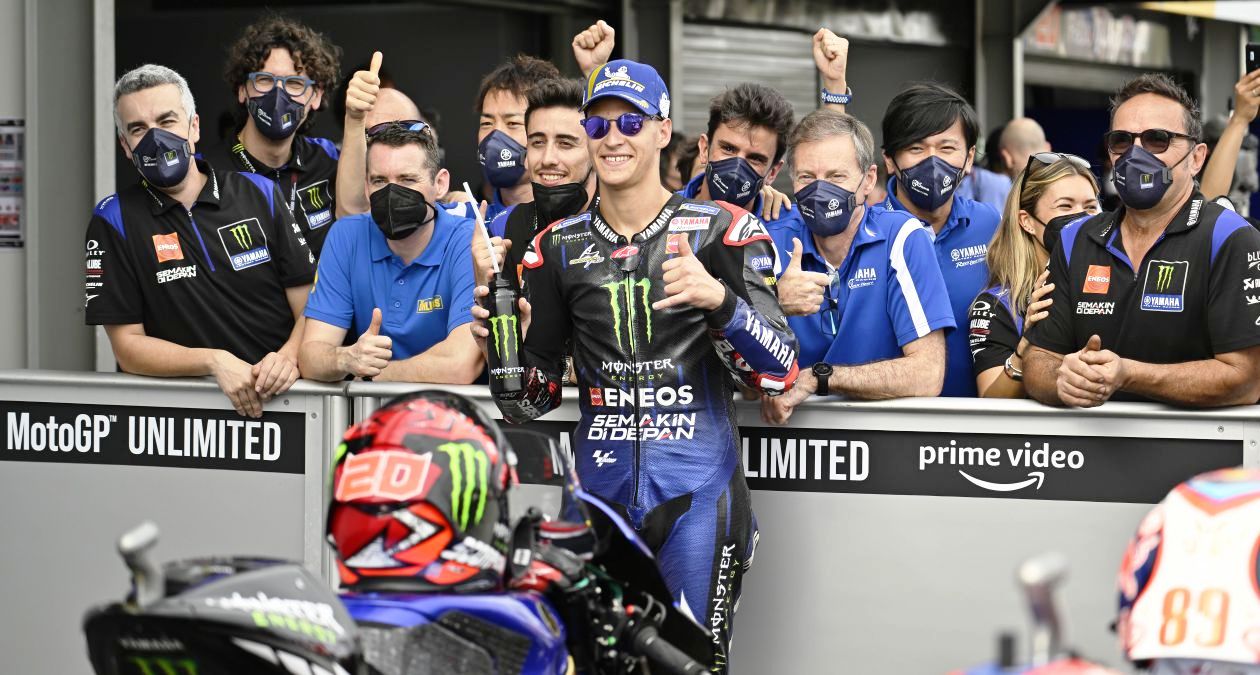 #20 Quartararo let most of his rivals exit pit lane ahead of him as he commenced the 15-minute Q2 heat. He set a 1’31.227s on his first flying lap to take provisional first place. Unable to improve on his next attempt, he entered pit lane with nine minutes on the clock. 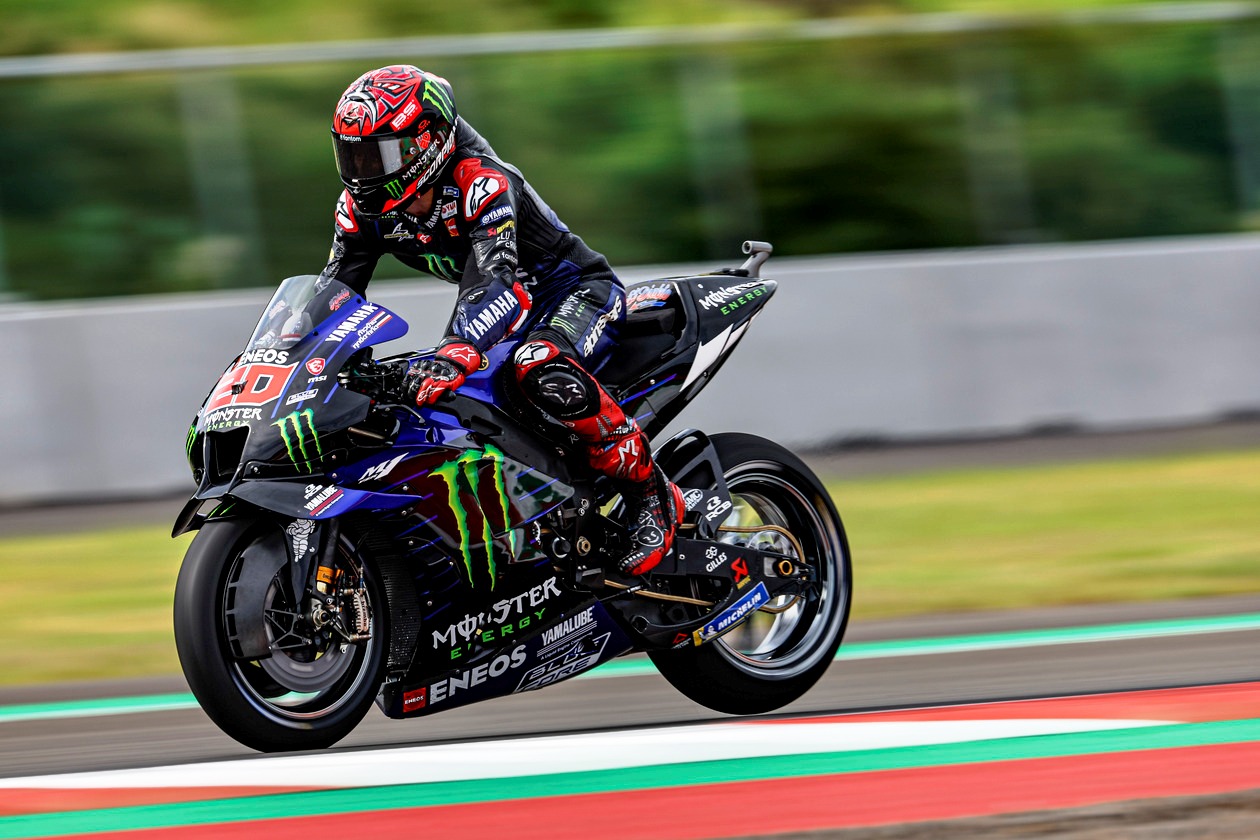 Three minutes later El Diablo was ready to defend his P1 position. He set four red sectors for a 1’31.067s, a new All Time Lap Record. He had two more goes but was unable to make further strides. Nevertheless, no other rider could match his level. The Frenchman secured his first pole of the 2022 season by 0.213s. 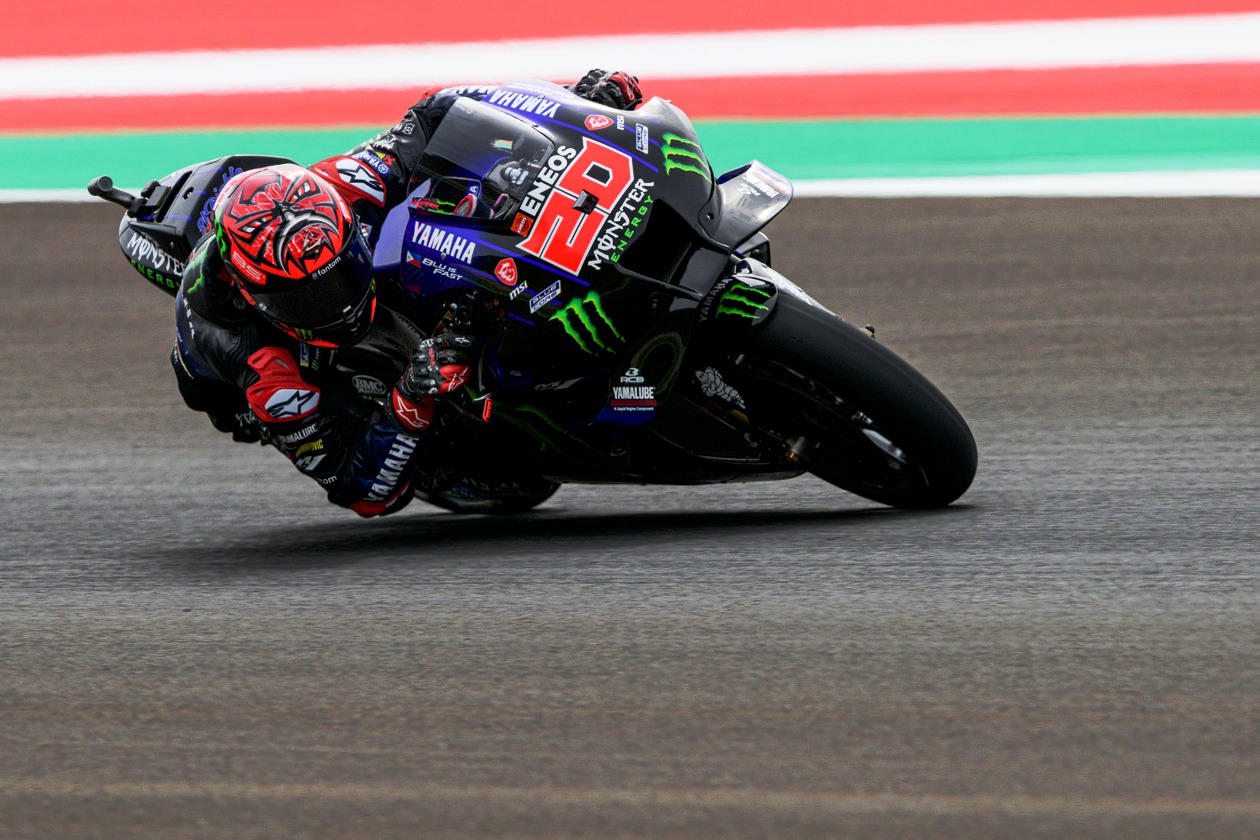 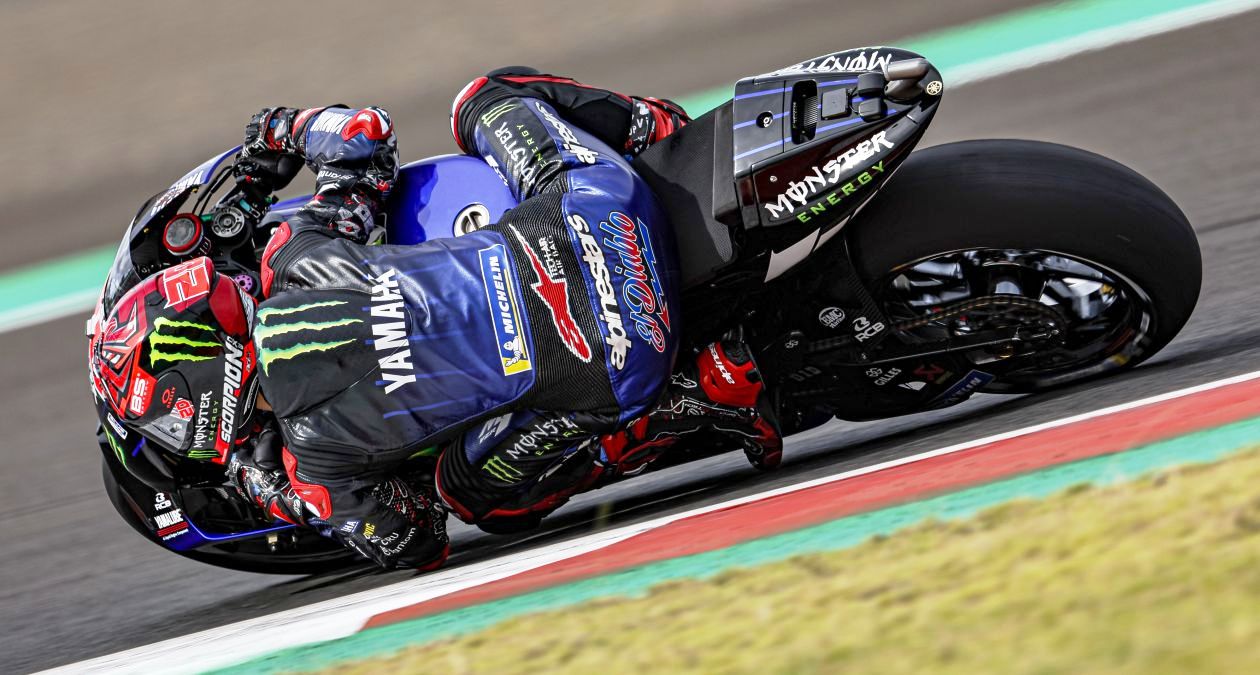 #21 Morbidelli showed great pace all weekend and was determined to also let his one-lap speed shine in the Q2 session. He set a 1’34.075s on his first try and was ready to push but then suffered a high-speed crash in Turn 5 due to a wet patch. The Italian was unhurt but couldn’t re-enter the track and had to hurry to the garage to collect his second bike. 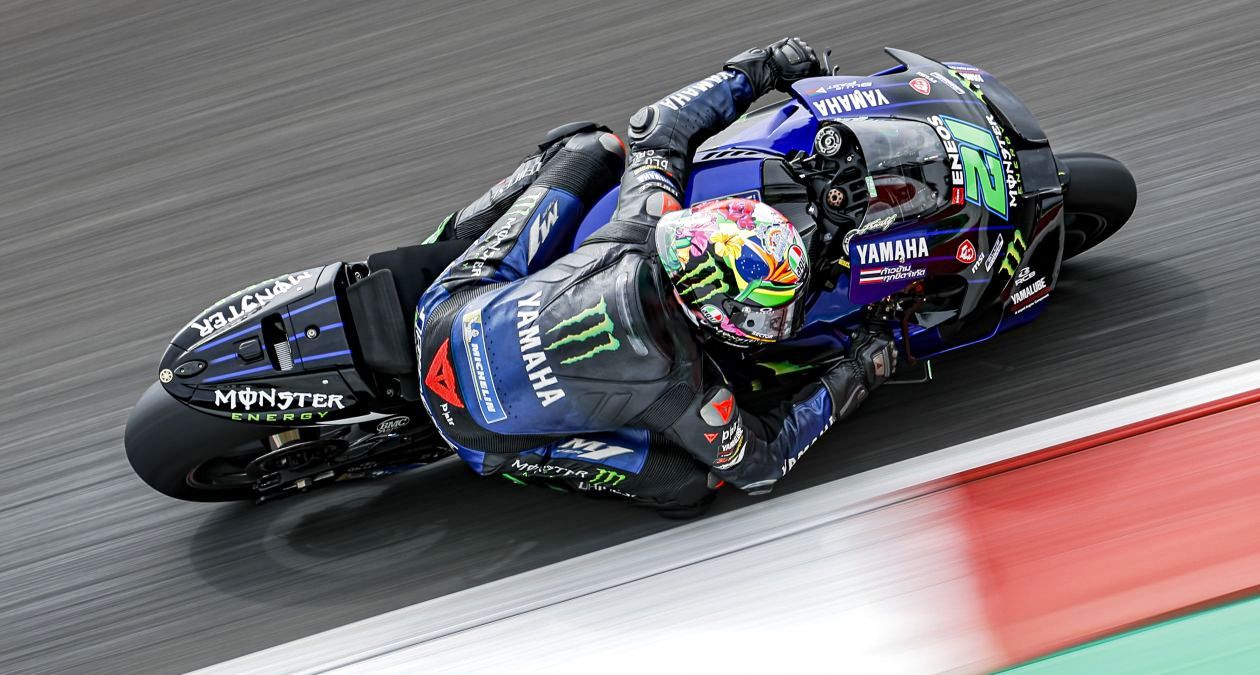 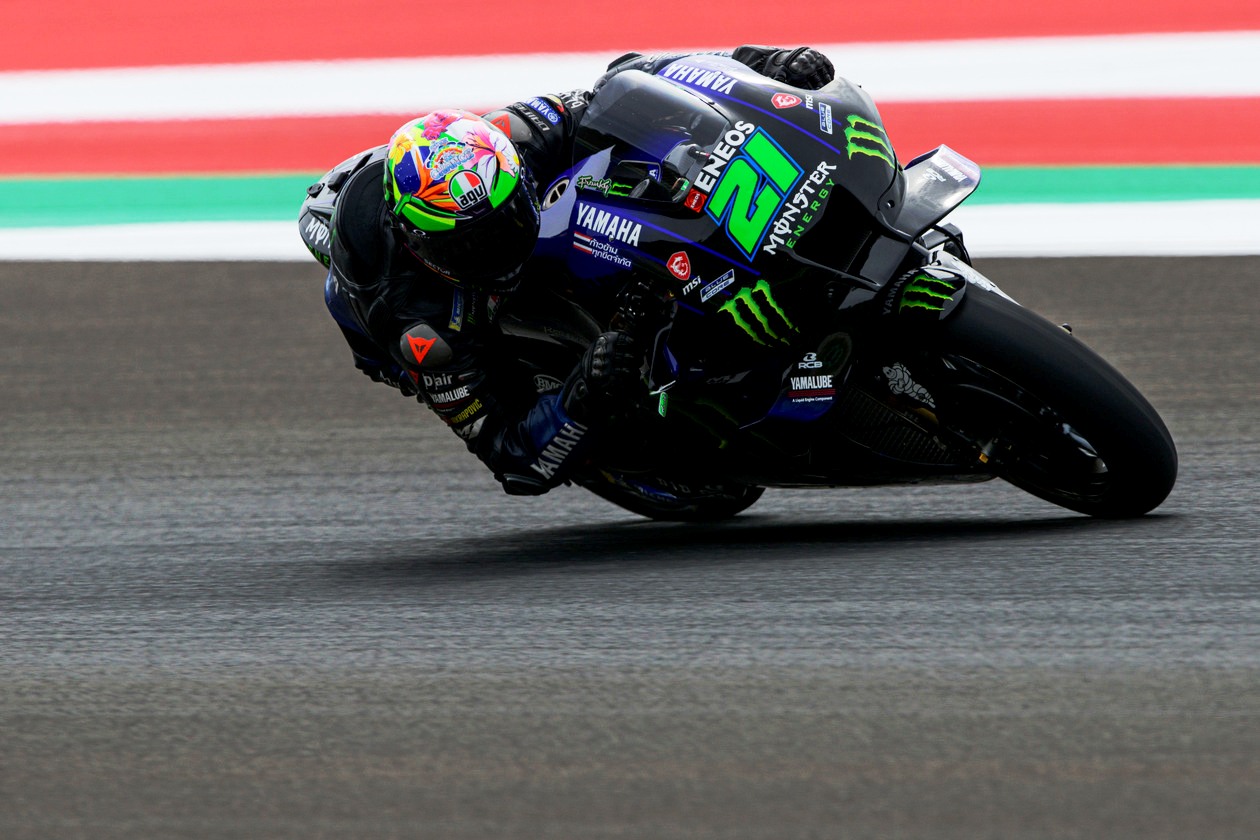 With six minutes on the clock, he started his second run, holding 12th place. He gradually upped his speed posting a 1’32.978s, an improvement on his time but not his placement. He was on for a personal best lap, but a yellow-flag situation denied him the opportunity to move up the order. Bettering his time on his last try to a 1’32.336s, he finished the session in 12th place, 1.269s from first. The Yamaha-man will be starting the race from P15, however, after receiving a three-place grid penalty from the FIM MotoGP Stewards Panel for not adhering to the correct practice start procedure following FP3. 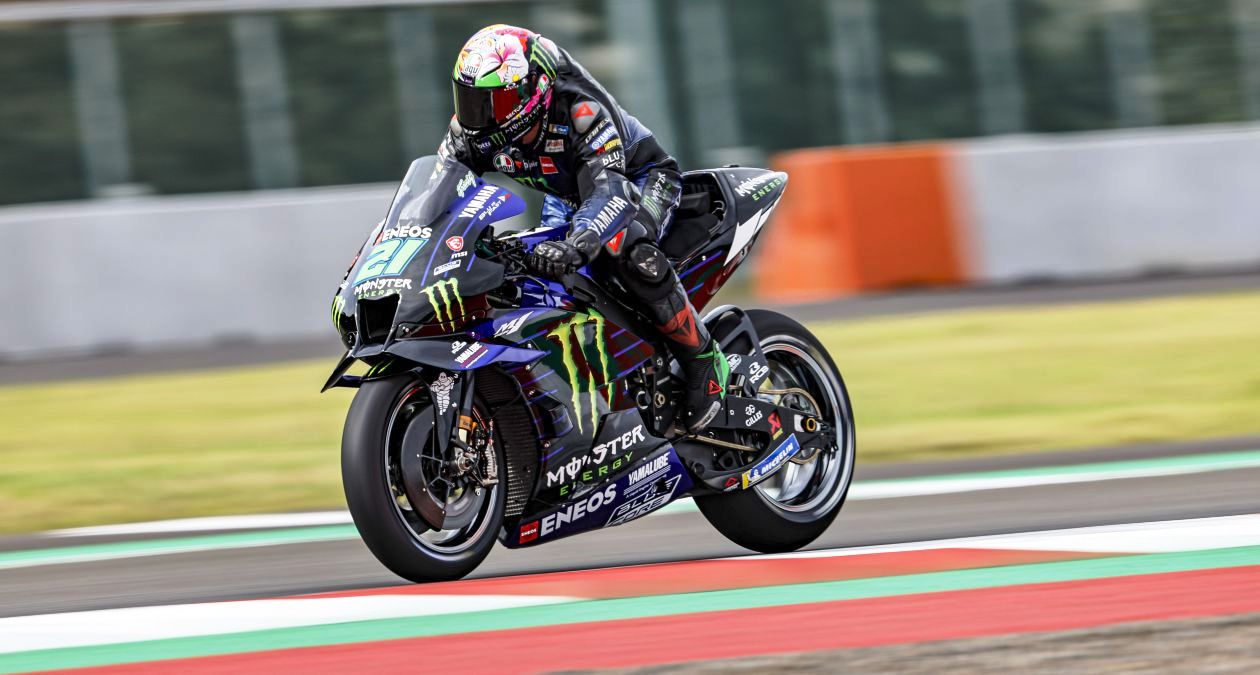