Monster Energy Yamaha MotoGP’s Fabio Quartararo dominated the Q2 session at the Autodromo Internazionale del Mugello, securing his fourth-consecutive pole position with a new All Time Lap Record. Trailing riders and a mistake on his last lap in Q1 cost Maverick Viñales the chance to promote to Q2. He will start at the Gran Premio d’Italia Oakley from 13th place on the grid. 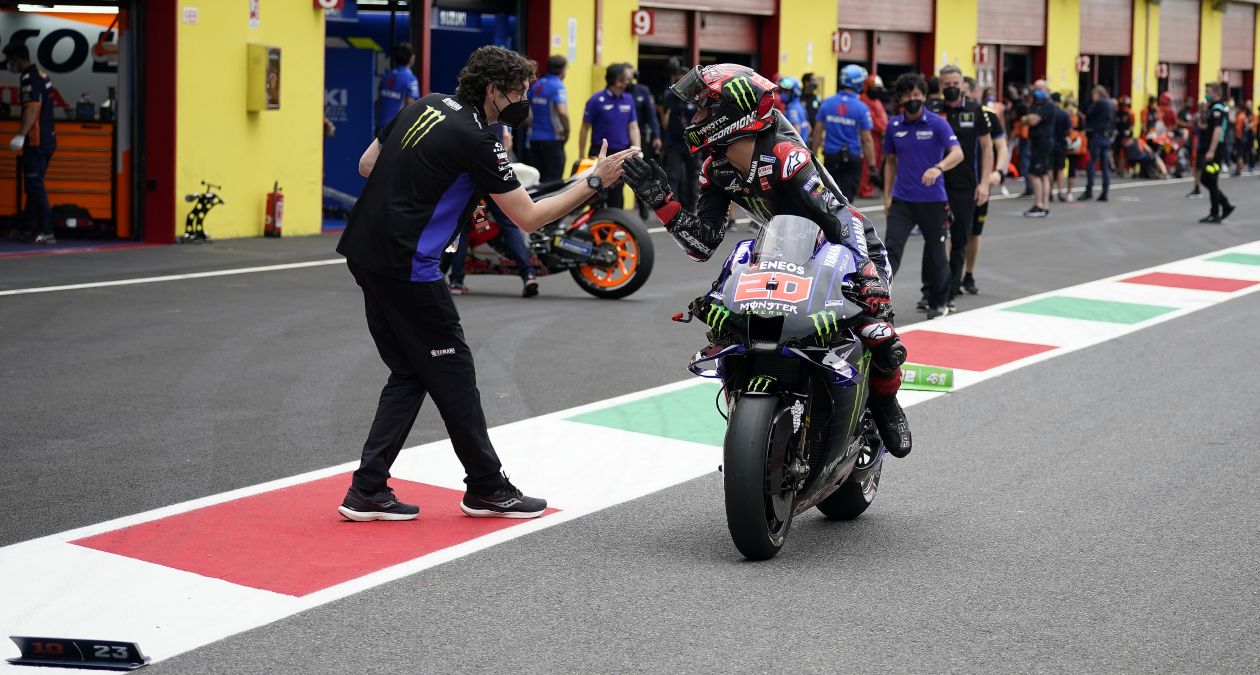 Quartararo let the majority of the riders go out ahead of him for his first flyer, so he had plenty of clear space on track. He slotted into fourth place on his first try. He put in a hot lap on his second attempt, a 1’45.481s without any help of slipstream, to take over the top spot and then quickly headed back into pit lane. 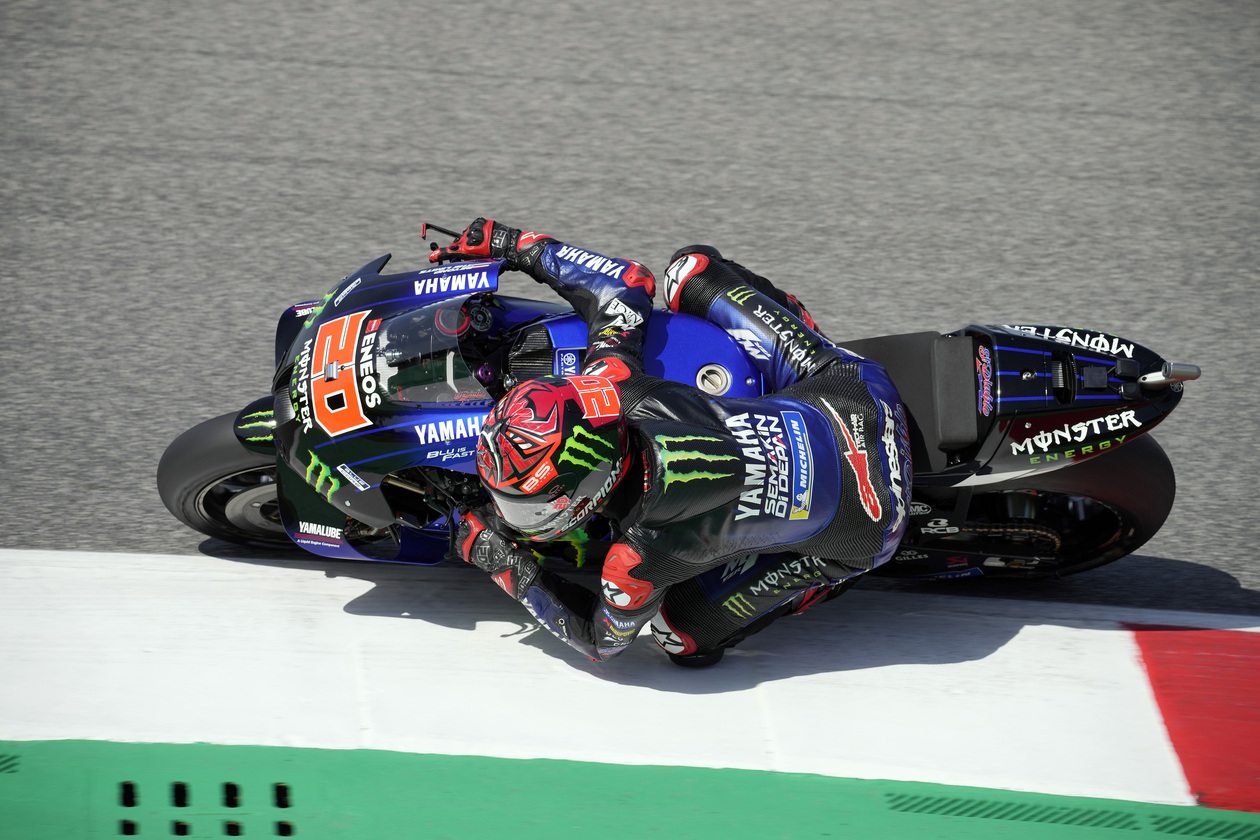 With five minutes on the clock, he was back on track, again all by himself. He was keen on extending his 0.170s lead over his fastest rival and did just that. He set a new All Time Lap record of 1’45.187s, that afforded him a comfortable 0.464s margin. He had time to put in one more lap but didn’t improve. Still, he held on to the number one spot and earned his fourth-consecutive pole position with a 0.230s advantage over second place. 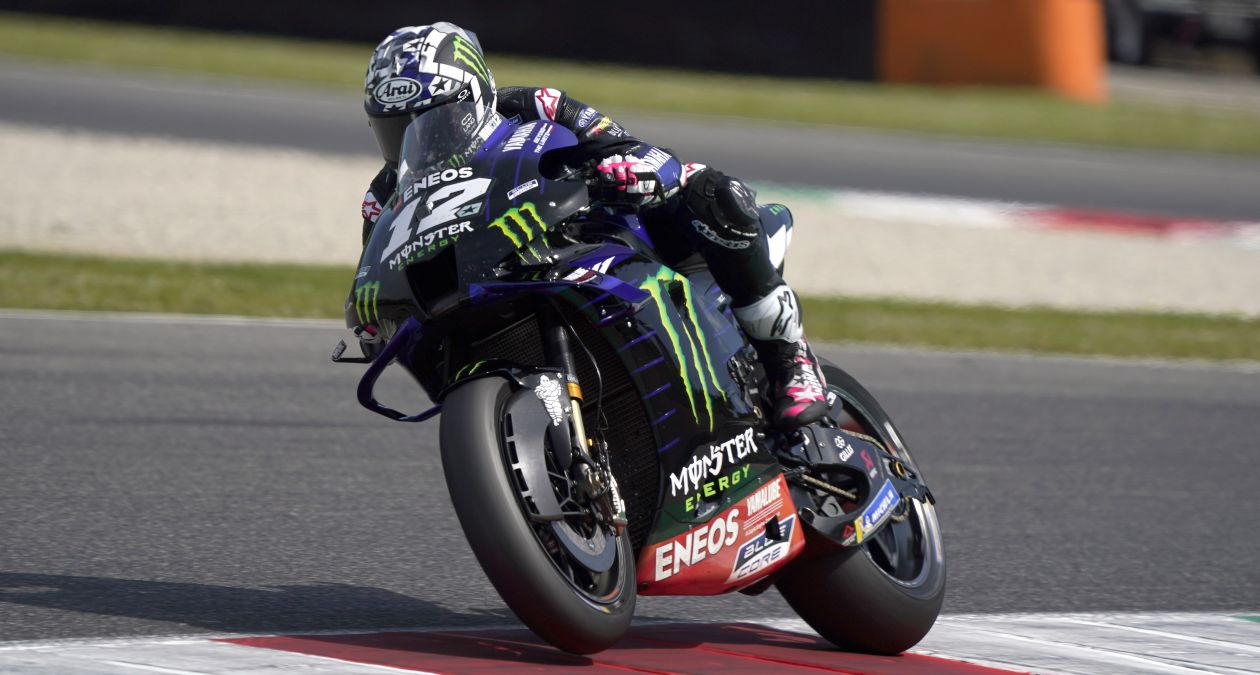 Viñales had a late crash in FP3, ending his session short. Though he was unhurt, it meant he did have to take part in Q1. The number-12 rider started his shoot-out setting the fifth fastest time. A cruising rider disrupted his second attempt, leaving the Yamaha man in seventh place as he returned back to the pits. 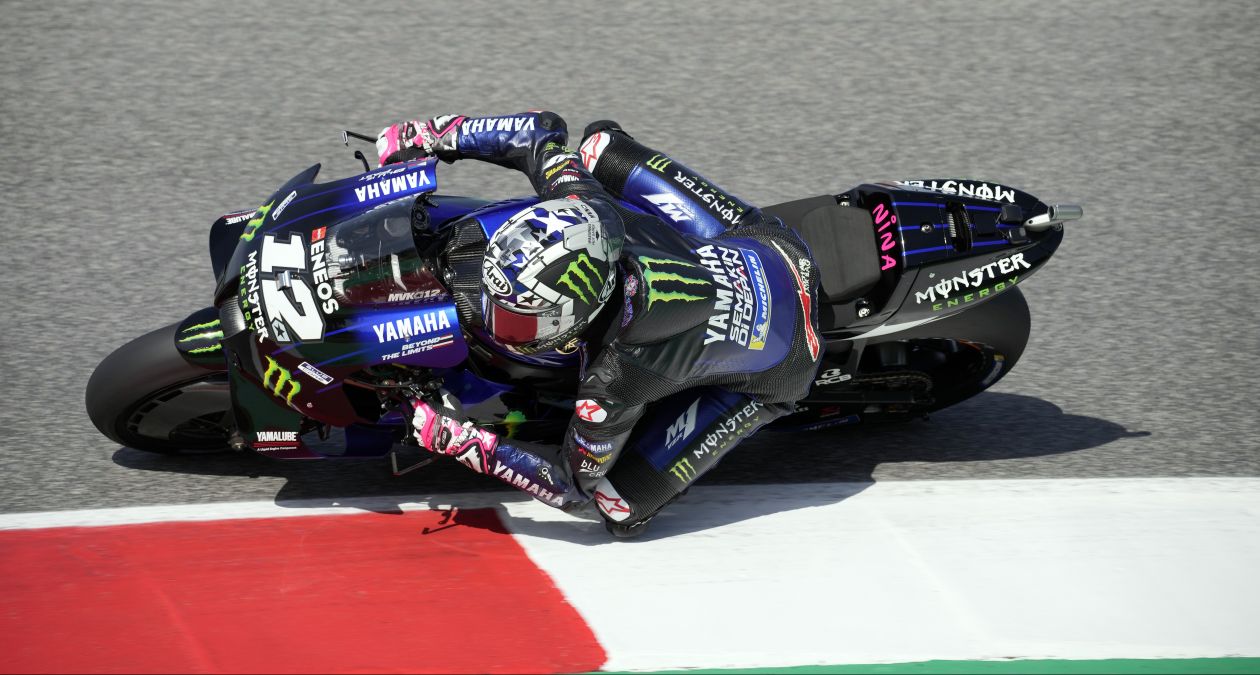 With five minutes remaining, he was back on track but aborted his second run and went through pit lane once more to discourage some trailing riders. This change in plans made him lose valuable time as well as heat in the tyres. Though Marc Marquez remained behind him, Top Gun had no choice but to push on his final two laps. He set a 1’46.045s for second place and had time for one final go. He was on a hot lap, flashing three red sectors, but ultimately went wide in the final corner. He ended the session in third place, 0.121s from first. He will start the race from 13th place. 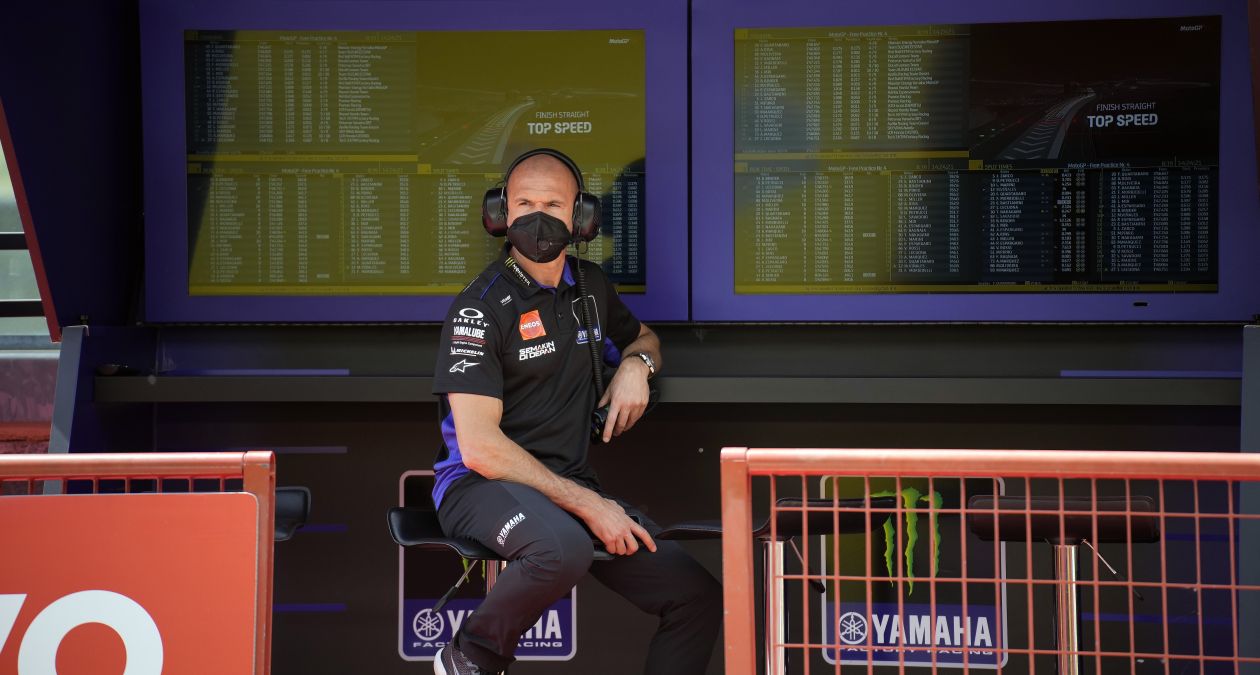 Massimo Meregalli (Team Director): “It’s a mixed day for our team. Fabio has been working really well this weekend and his confidence was showing in Q2. His amazing 1’45.187s lap is not just a new lap record at a track that isn’t usually our strongest, it’s even more impressive that he did the lap all by himself, without a slipstream. It’s a great confidence boost, but we still expect that the race will be a hard fight for the victory. We think multiple riders are in with a shot to win this race, so we are hoping that the new starting device will help Fabio get that all-important good start. On the other hand, it was a disappointing day for Maverick. First he had a late crash in FP3, and because of that he had to take part in Q1. Then during his second run, the trailing riders cost him time and ultimately a spot in Q2. Starting from 13th is not ideal, but right now we have to deal with the situation as it is. We’ll do everything in our power to find some last setting tweaks to further improve his feeling with the front and shave off some extra tenths, which could help him during the race.” 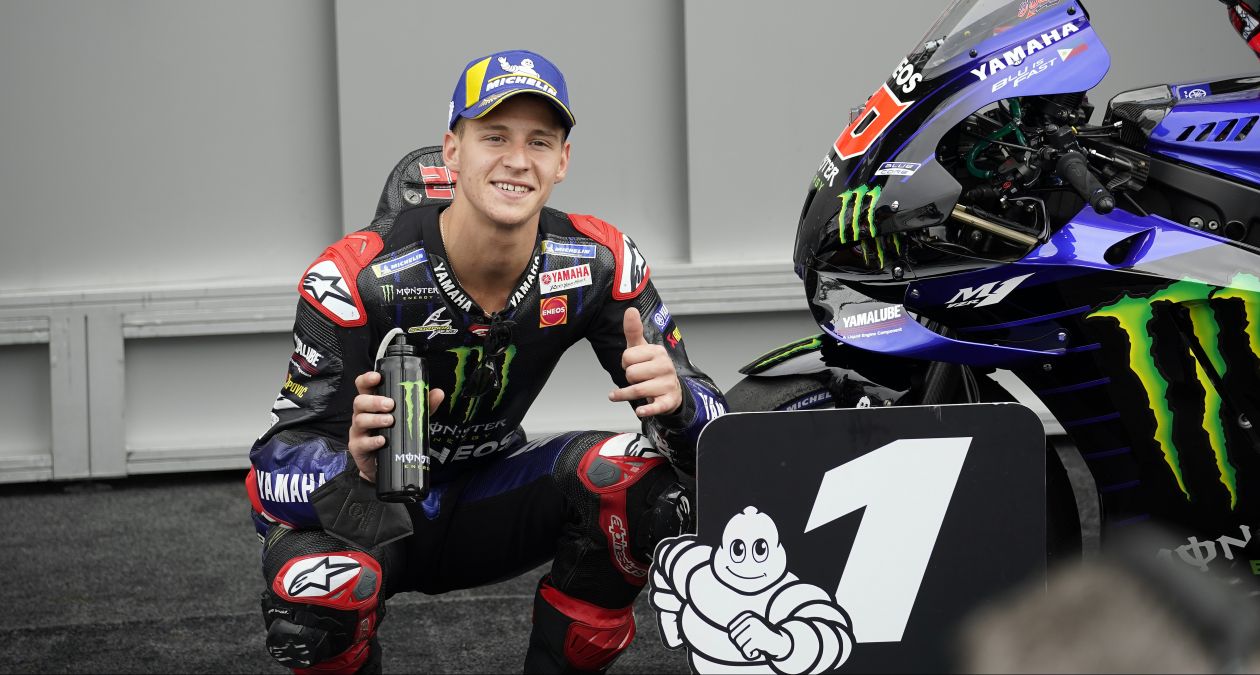 Fabio Quartararo: “This was probably the best lap I have ever done in my life. This is the type of track where you can really feel the adrenaline. I was on the limit everywhere. In the first sector, I was moving all the time, but I just said ‘I’m going to send it’. I really wanted to do the fastest lap, and it worked. I’m actually really looking forward to seeing the onboard lap, because for sure it will look amazing. It was a good day. I really wanted this pole position, because I know it’s important for us for the race. I enjoyed that lap. I want to dedicate this pole to Jason Dupasquier, who had a really bad crash earlier today. I hope that he’s okay. I’m praying for him and his family.” 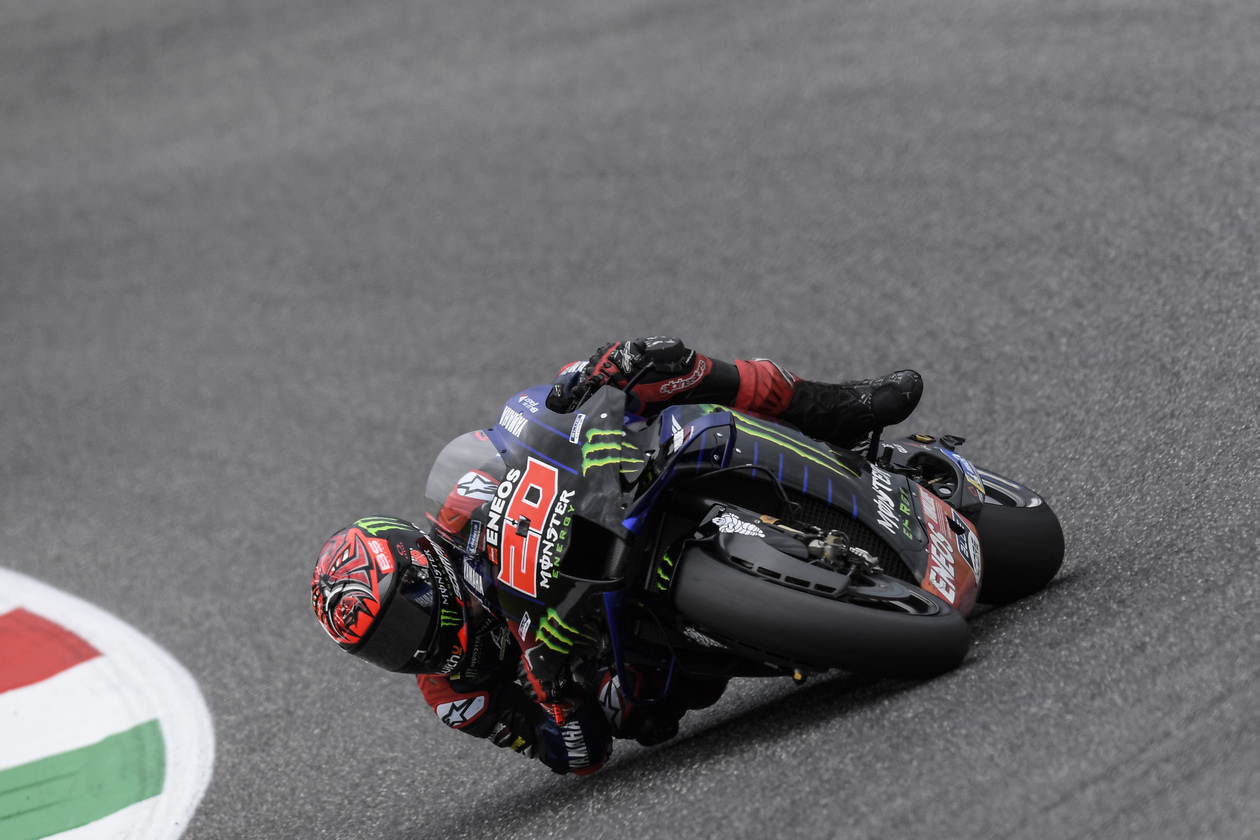 Maverick Viñales: “We need to try to understand our situation and build it up step by step. We have lost our way a bit since Qatar. We had a shiny moment in Le Mans, but because of the rain we couldn’t shine enough. We will try to do better. We have to build up the bike again. We had a good bike in Qatar, and we need to accomplish that again. There I was strong, and I understood my strong points. Basically, here I struggle a lot with the front tyre, and we still need to work on it. During Q1 I wanted to go out alone, because I think that’s when we are at our fastest. But they just kept following me. It is the way it is. We just need to focus on tomorrow and be stronger.” 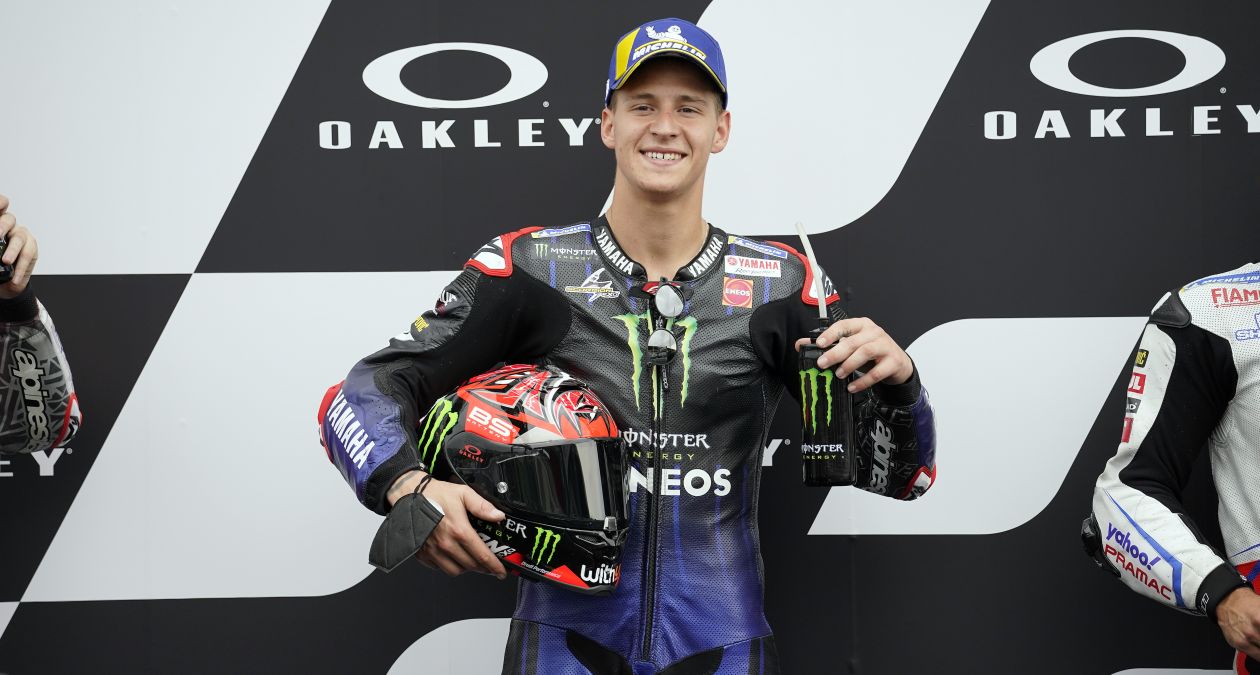