The Monster Energy Yamaha MotoGP Team and Fabio Quartararo celebrated an already good weekend with a perfect win. The reigning World Champion was in a league of his own and took his second win of the 2022 season in sensational style. Franco Morbidelli did damage limitation in a race in which tire management was key. He rode from P19 on the grid to P13 across the finish line. 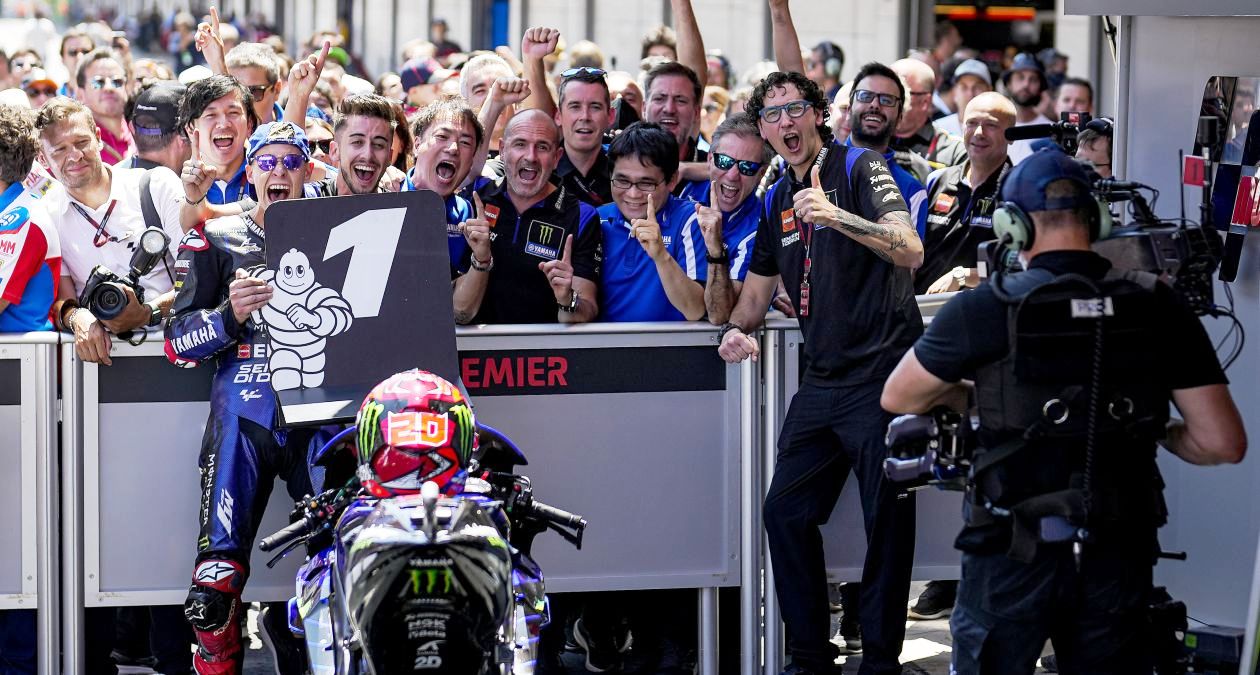 Quartararo had the dream start from P3 on the grid. He fired his M1 towards the first corner and showed his trust in the bike as he was the last on the brakes. It turned out to be an even smarter move than he realized at the time as a crash right behind him took out three rivals. 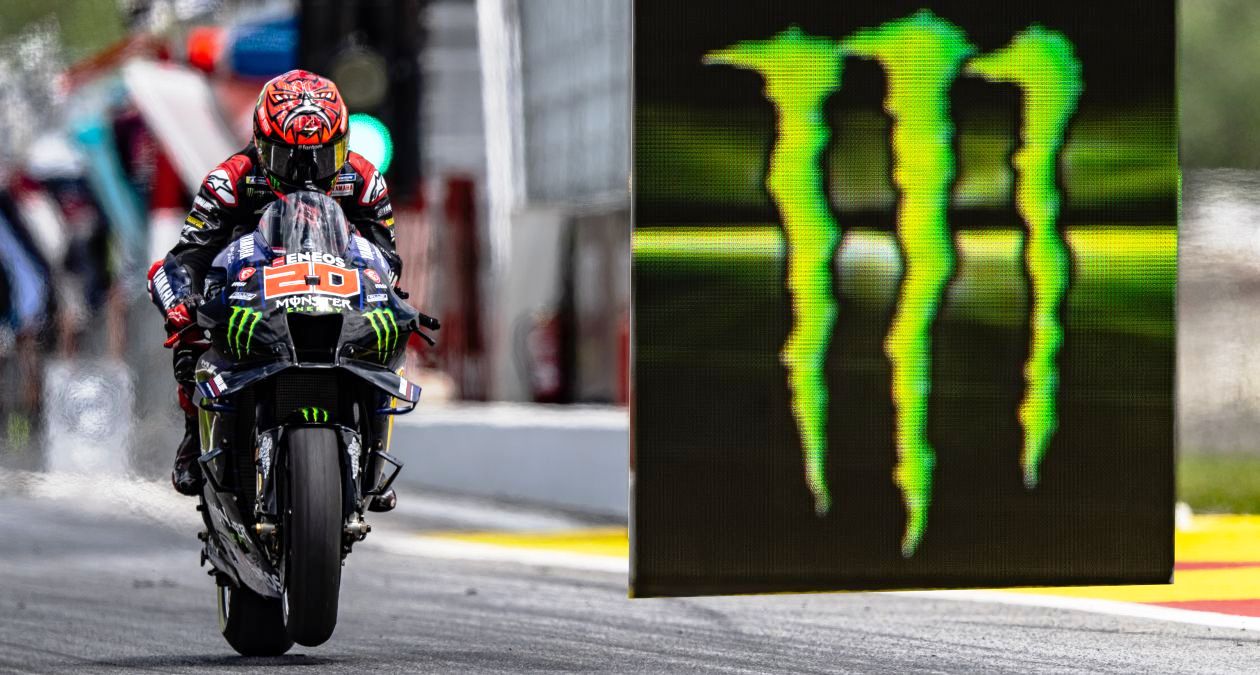 The Yamaha man didn’t let any time go to waste. He put his head down and was off, breaking away from the pack. Having secured second place last time round, he craved a GP win and doing it at the Gran Premi Monster Energy de Catalunya would make it taste even sweeter. 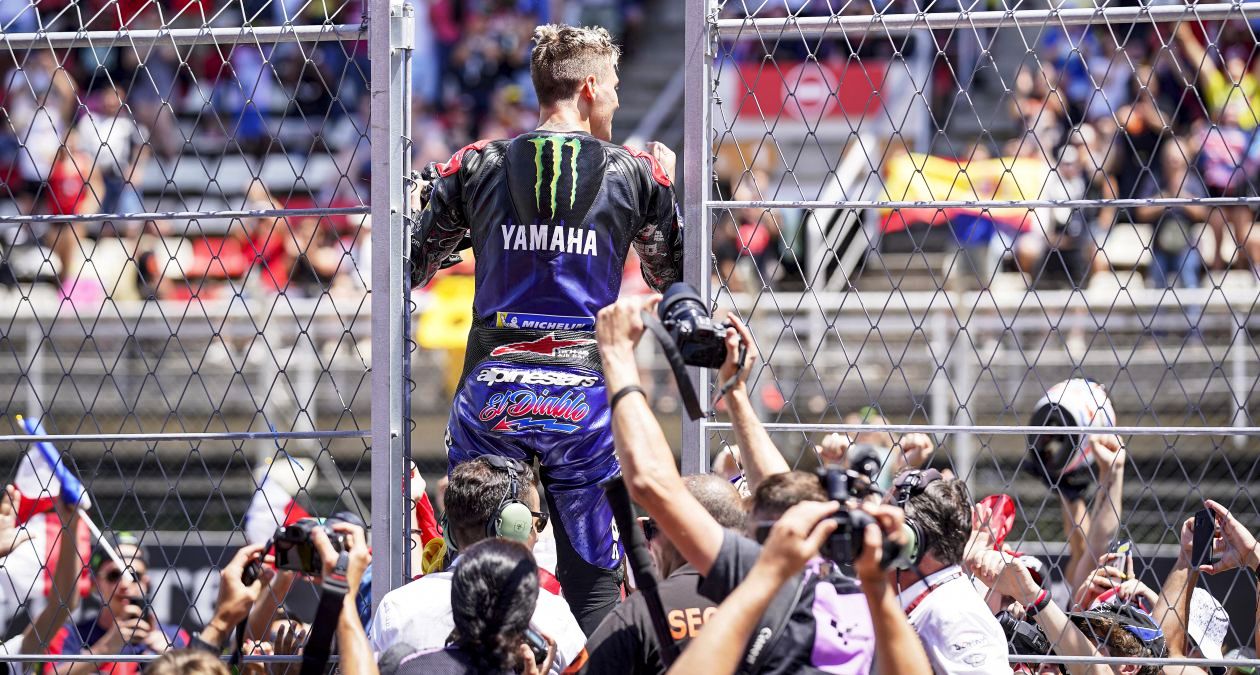 It was a lonely but faultless ride for the Frenchman. A true display of why he and his Yamaha are the perfect match. With El Diablo having confirmed a two-year contract for 2023-2024 and Monster Energy also having agreed to a multiple-year Title Sponsorship, these are the type of performances the fans can look forward to for years to come. He took a brilliant win with a massive 6.473s advantage. Morbidelli didn’t have the race start he had hoped for, dropping back from P18 on the grid to 22nd due to the chaos that ensued after the crash in the first corner. With the track temperatures up to 55°C, it was going to be difficult to overtake without overheating the tires. The number-21 rider therefore had to balance defense and attack throughout the race. 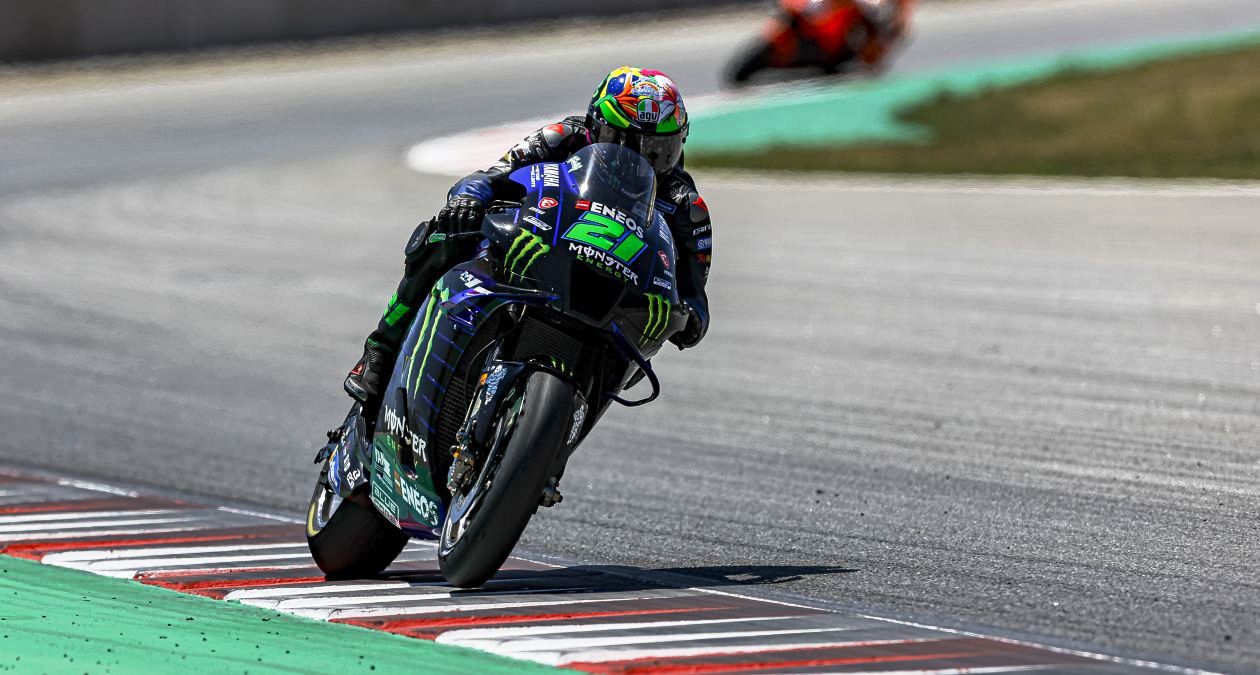 With the low grip-level track condition catching out multiple riders, the Italian bided his time before choosing the right moment to make a move. Noticing that others were starting to struggle in the heat, he grabbed 14th place with 12 laps remaining by overtaking two riders in one go. He became part of a group that was ultimately battling for 11th. The Yamaha man took the chequered flag in 13th place, 33.168s from first. The results see Quartararo extend his lead in the championship standings to 22 points, with a 147 points total, while Morbidelli stays in nineteenth with now 22 points. After Round 9, Yamaha remains second with 147 points in the Constructor championship, and Monster Energy Yamaha MotoGP moved up to second position with 169 points in the Team championship, just 2 points behind the leaders. 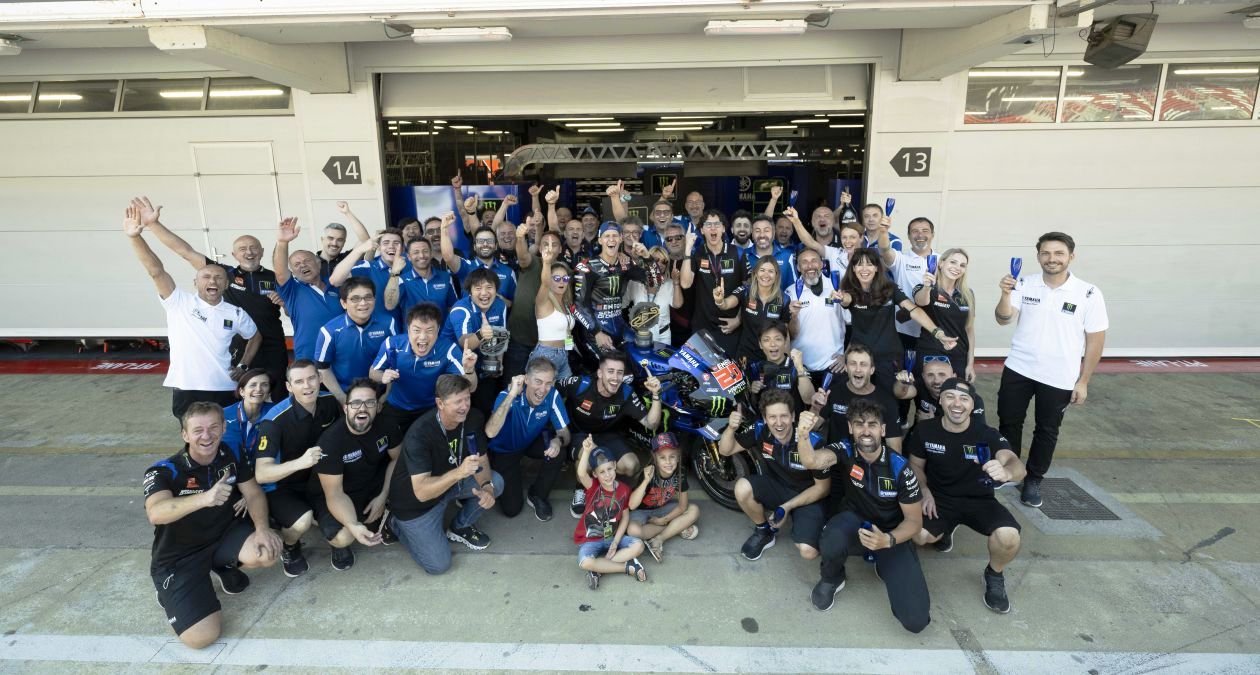 The team is back the next day for the one-day IRTA Test. After that they will return to action in two weeks’ time for the Liqui Moly Motorrad Grand Prix Deutschland at the Sachsenring, held from 16-19 June.

Massimo Meregalli (Team Director): “It’s been a near perfect weekend for us. We couldn’t have asked for a better way to seal our multi-year agreement with Monster Energy and to announce the Yamaha-Quartararo partnership for 2023-2024. We knew that we would have a chance for a good race, but Fabio blew us all away with his pace. The key was managing the tire wear. He was able to break away and still controlled the tire life better than all the others. He did the absolute perfect race in conditions that were incredibly tricky. This win is like gold! For Franky this was a very difficult race. He was pushed wide on the first lap by another rider and that made him drop back to last place. It was a hard climb back up the ranks, but he was able to overtake. The thing we take away from this race is that he made another step and that he and his crew are working in the right direction. During the one-day IRTA Test, we will keep working with him to continue to make him feel better on the bike. We will use this test to maximize our current package in preparation for the upcoming races.” 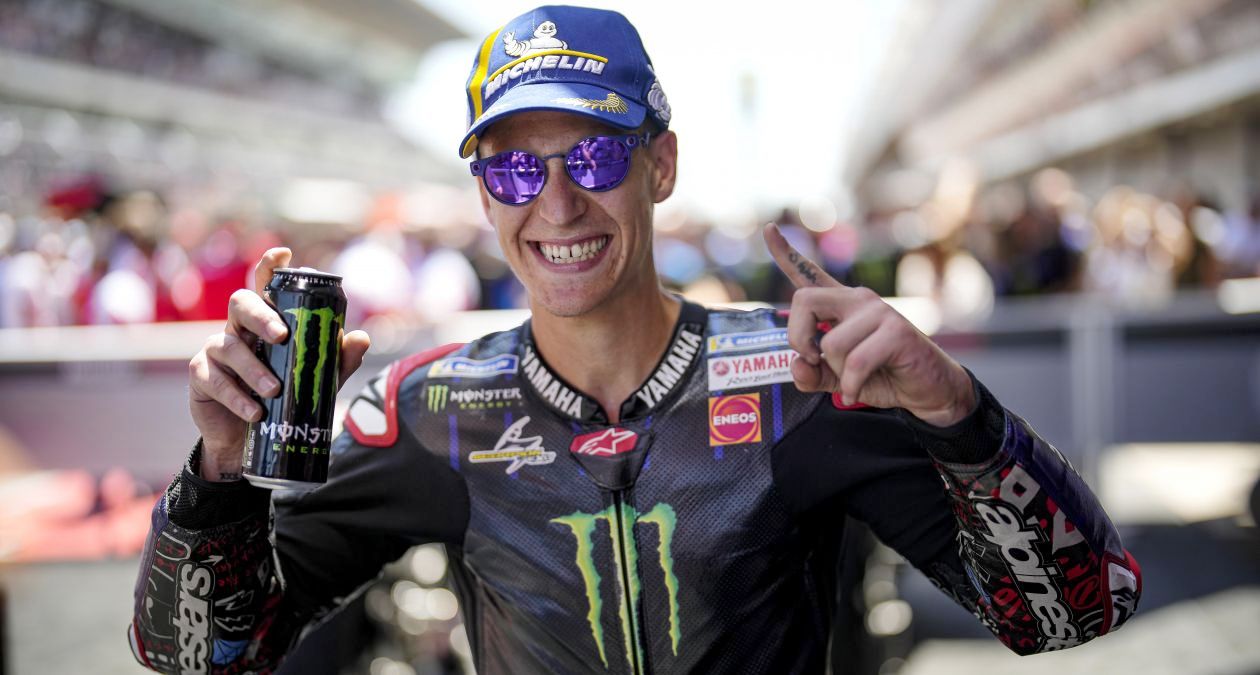 Fabio Quartararo: “Being on the attack right from the start had to be the plan. Our pace was great, and I knew I had to manage my rear tire, but I also knew that, if I got into first place, the race was going to be great. I braked super late in the first braking zone, and I thought that I was going to go super wide, but I managed to defend my position well. It was a really long race. I was leading from the first corner to the end, so this was a very constructive victory. Of course, I did feel a drop. I was pushing so hard in the opening laps, but I felt like I had more to give during this race. I had a bit of a margin left. I’m so happy to have this victory in the bag! I’m really satisfied. I’m feeling at my 100%, and I’m riding the bike like I was riding my scooter at home – it’s mine! I love it, and I’m enjoying it so much. I’m always improving on the bike and the really good thing is that I can think while riding and that is something really difficult when riding at that speed.”

Franco Morbidelli: “We made a few improvements this weekend, we saw some good things. Especially on Friday, with no grip, the feeling was really good. Then the grip increased, and I started to struggle again, but generally speaking it was less than before. I had a bit of an incident at the start of the race with another rider. I was very behind, I was dead last, but I was able to catch up and get close for the battle for the top 10. This is definitely a step forward, this is positive. But we are not where we want to be. We know where we need to improve, we are chasing. We are trying to find the right feeling, and we will manage it at some point.” 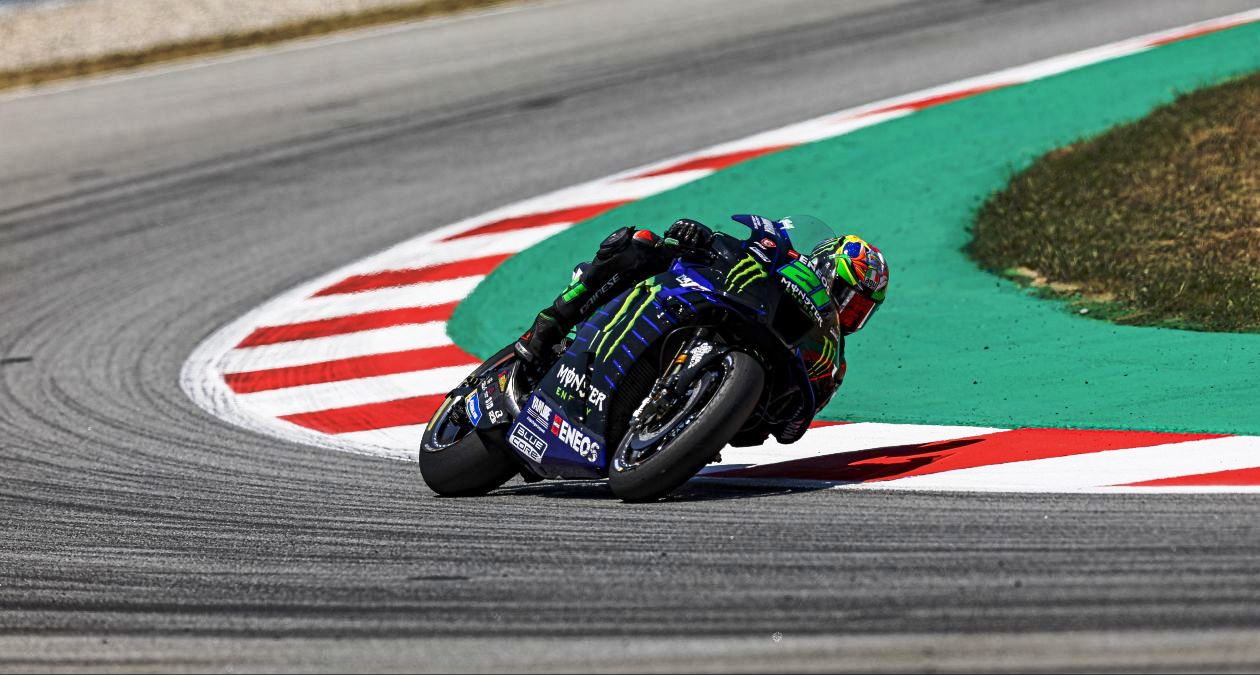