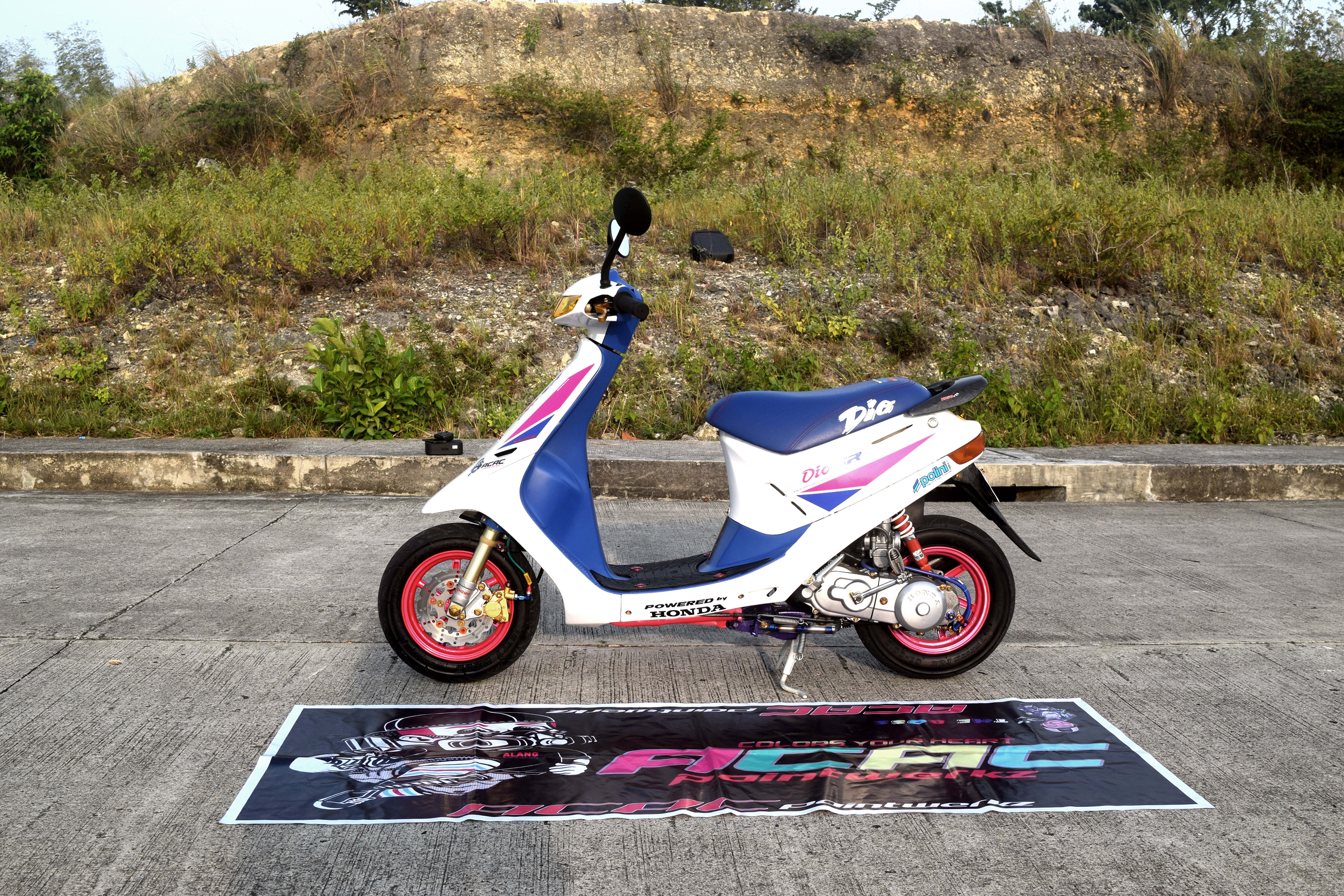 The Japanese Dio was equipped with the two-stroke 50 cc (3.1 cu in) AF18E single-cylinder engine with electric start. It is

superficially similar to the USA-only Honda “Elite S”. The Japanese Honda Dio was sold in 17 different models and used the model code “af” with numbers from 18-35 e.g.: af28. It also has huge aftermarket support, therefore, has been widely known in the Asian scooter scene. 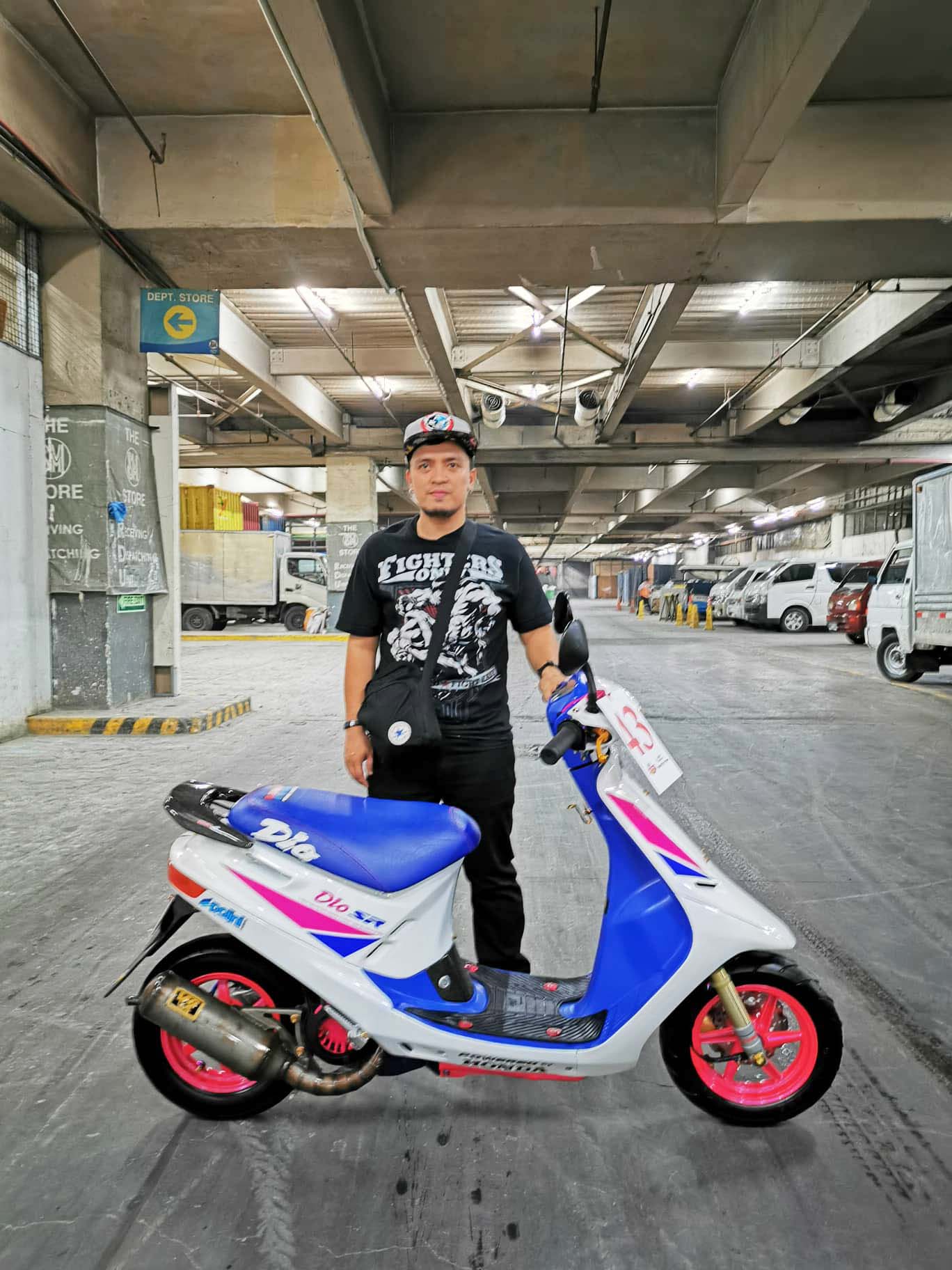 The bike is owned by Carlo Bihag Pepito, a seafarer who is fascinated with 2-stroke scooters. He was influenced by his late cousin Meljhun Franz Cabatingan who was an avid 2-stroke enthusiast. Carlo is a member of ACMC (All Cousin Motorcycle Club). This club has been instrumental in catalyzing the influx of restored and tuned 2-stroke scoots in Cebu. Their club is known for their brightly colored 2-stroke and 4-stroke scoots. For this restoration and tuning project, Carlo’s brothers and cousins helped him build it. 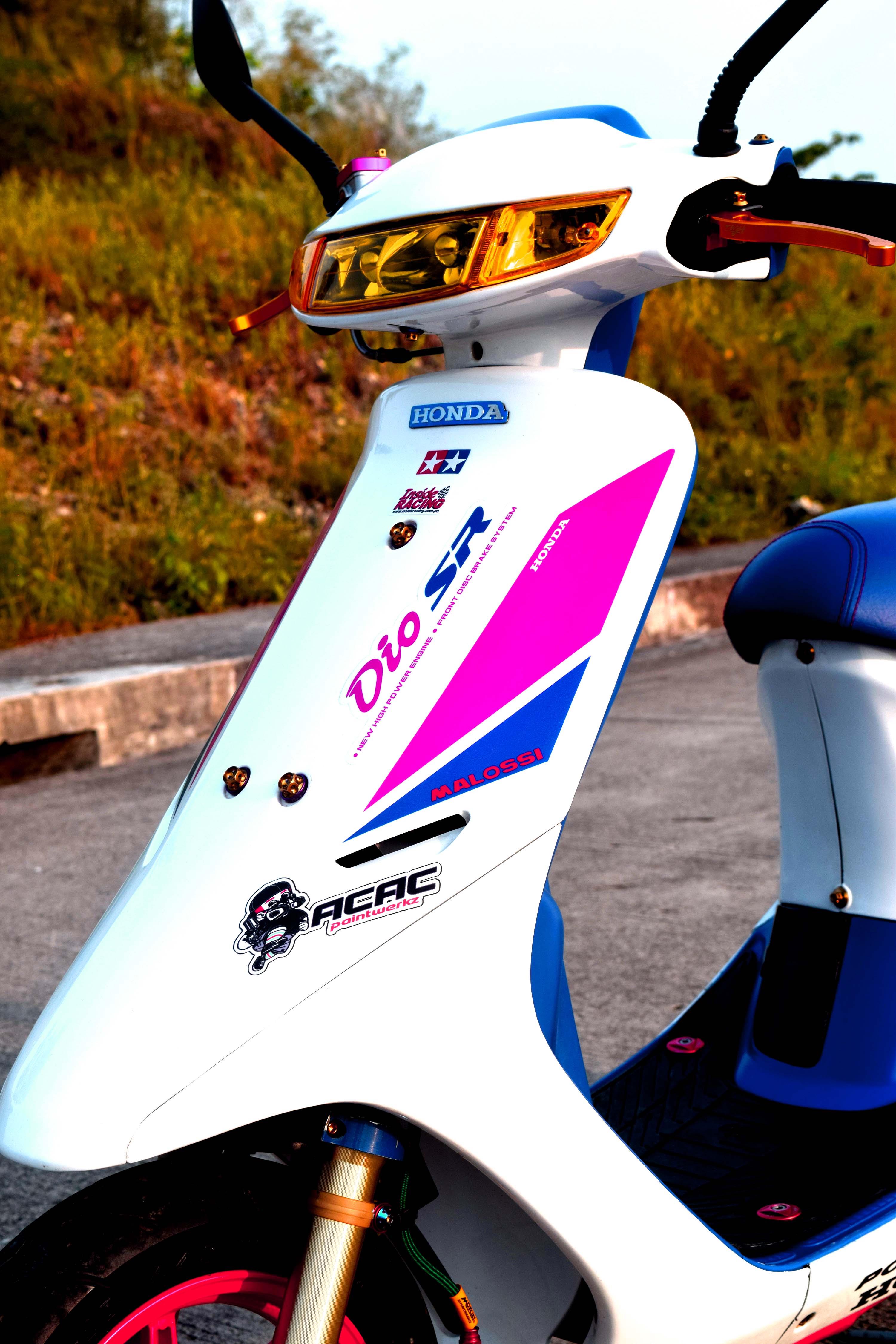 The scoot has been repainted starting with the chassis, body and mag wheels. The team behind it put a lot of effort in restoring the scoot to its former glory. They procured the original parts from Japan, Taiwan and Thailand. After repainting the whole scoot, they installed original decals for the “Honda Dio SR”.

The whole engine has been rebuilt with performance in mind starting with the TWH block 90, TWH head 90 and TWH clutch bell paired with Keihin Racing Carburetor. 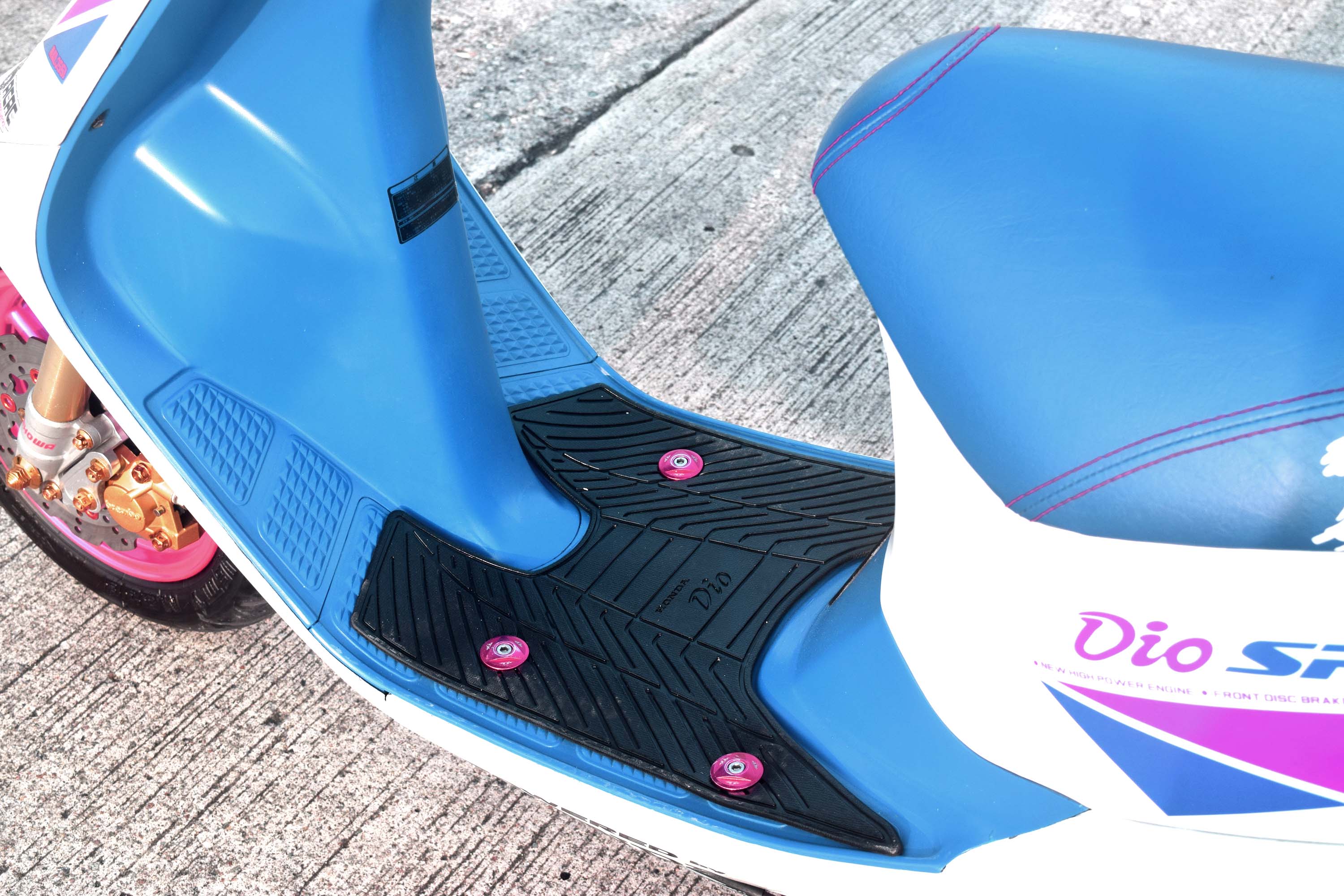 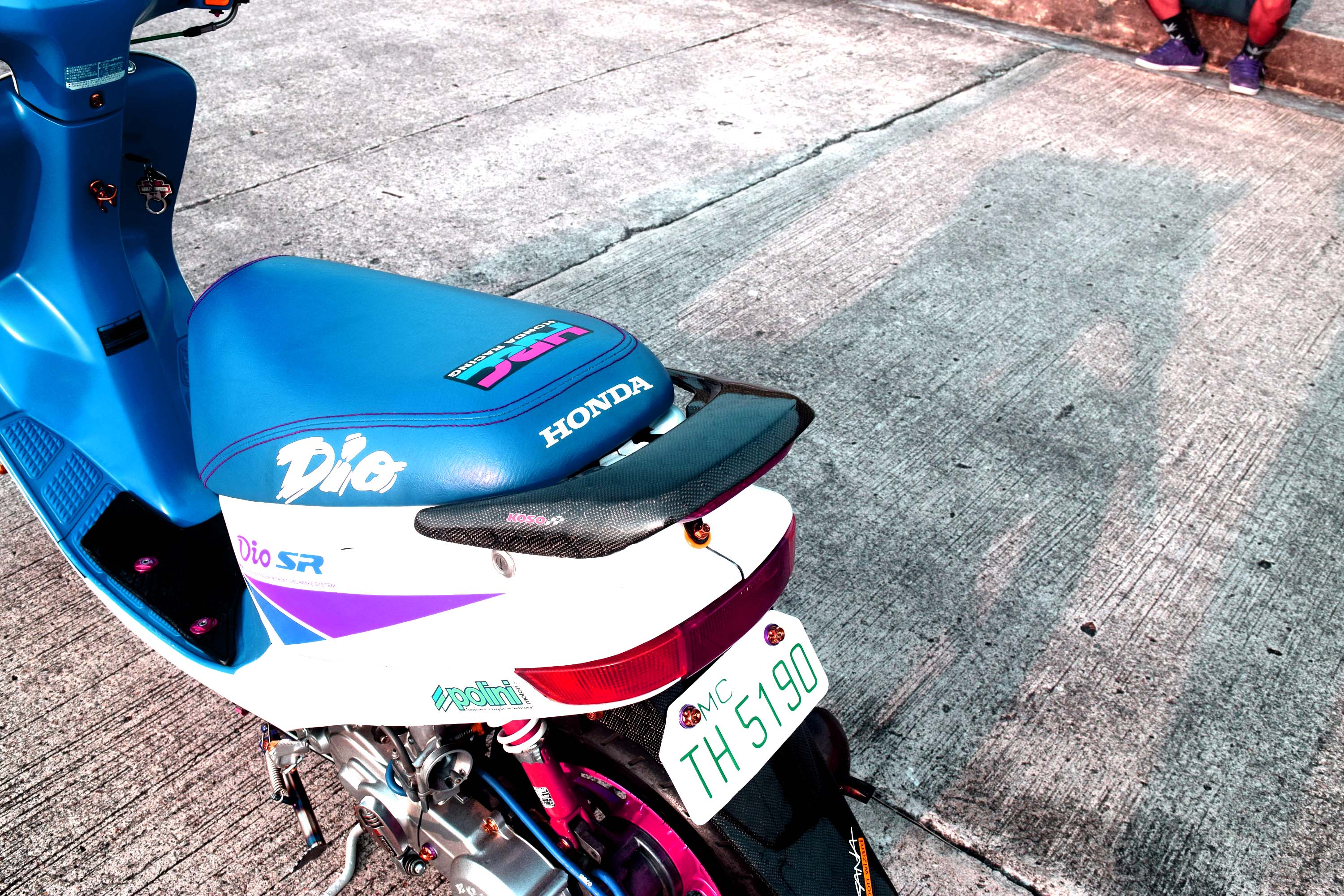 With the engine upgrades, they also souped-up the exhaust using V8 Racing exhaust. To add detail to the scoot, they embellished it with a wide array of THDM parts and accessories such as the 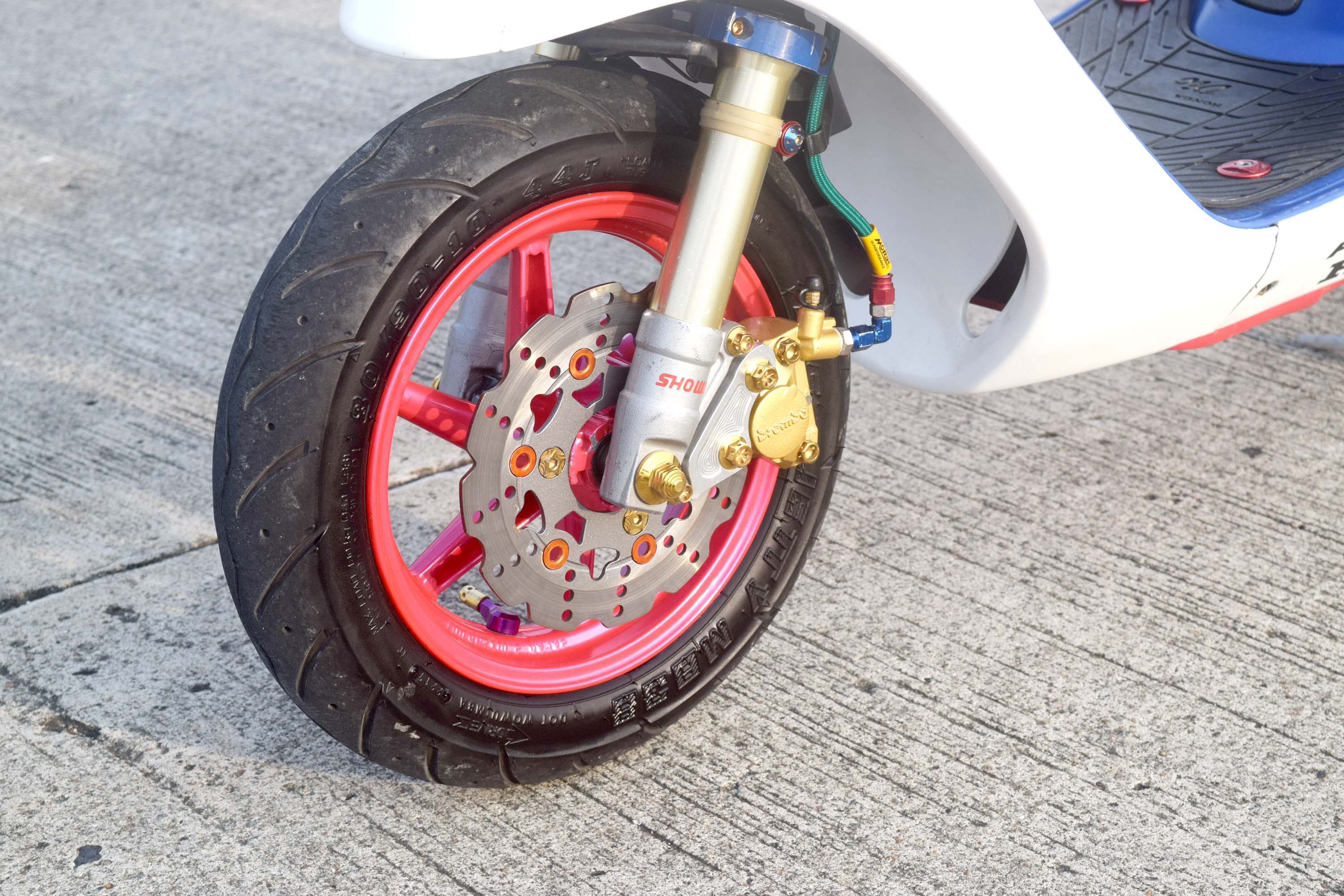 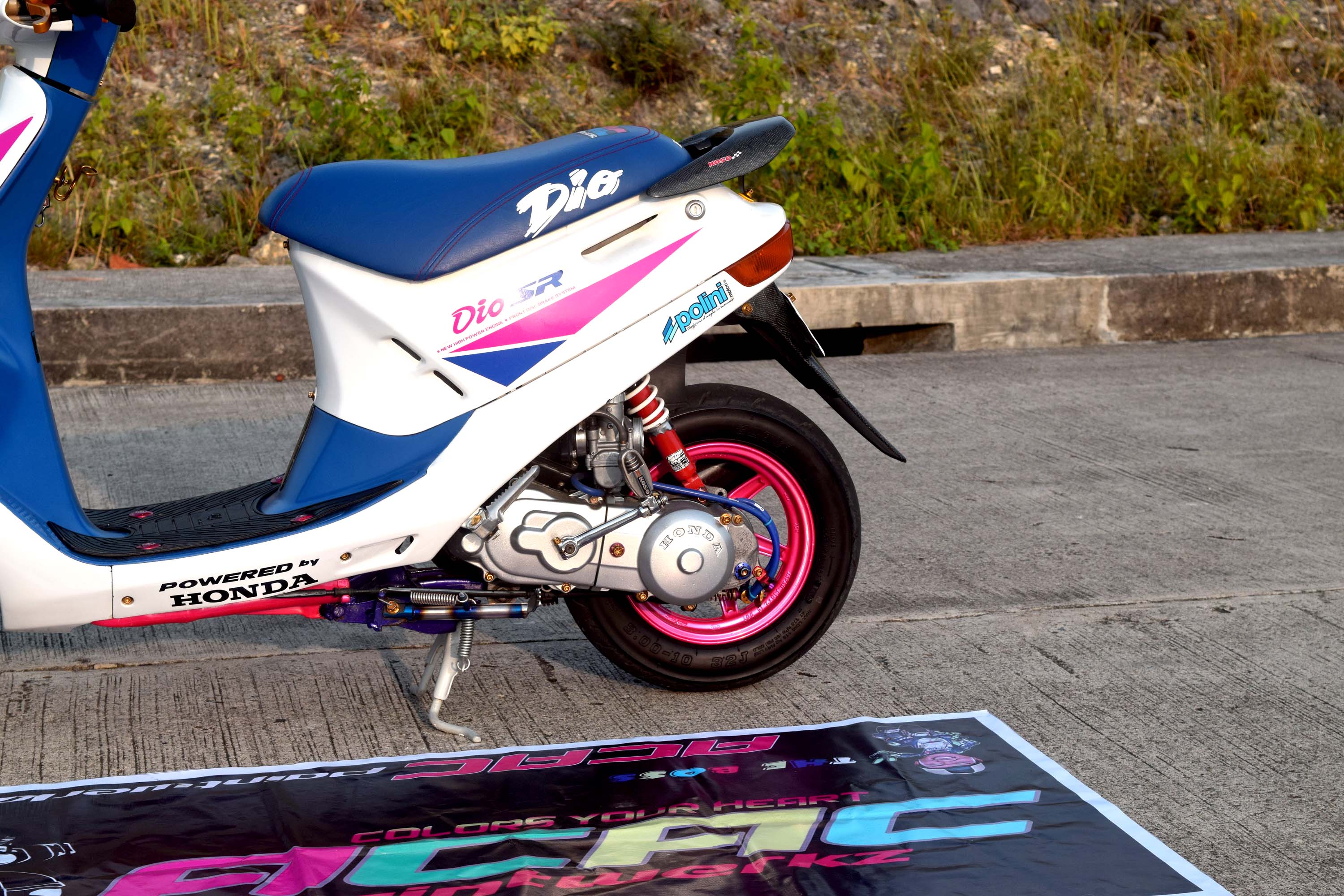 “The most satisfying part is seeing the whole unit completely restored and running. Restoring and rebuilding this scoot was really challenging especially searching for bike parts. We had to procure parts from Japan, Taiwan and Thailand. Special thanks to my Papa Lito, Mama Daisy, my wife Julia, my daughters Ate KC Cassie and Marga, my brothers Kuya Ian and Paulo, my sister Charlotte, ACAC Paintwerkz powered by Florante Bihag a.k.a Don Tiborsio and to all members of ACMC (All Cousin Motorcycle Club) family. Thank you so much InsideRACING Magazine for featuring my scoot,” Carlo shared. 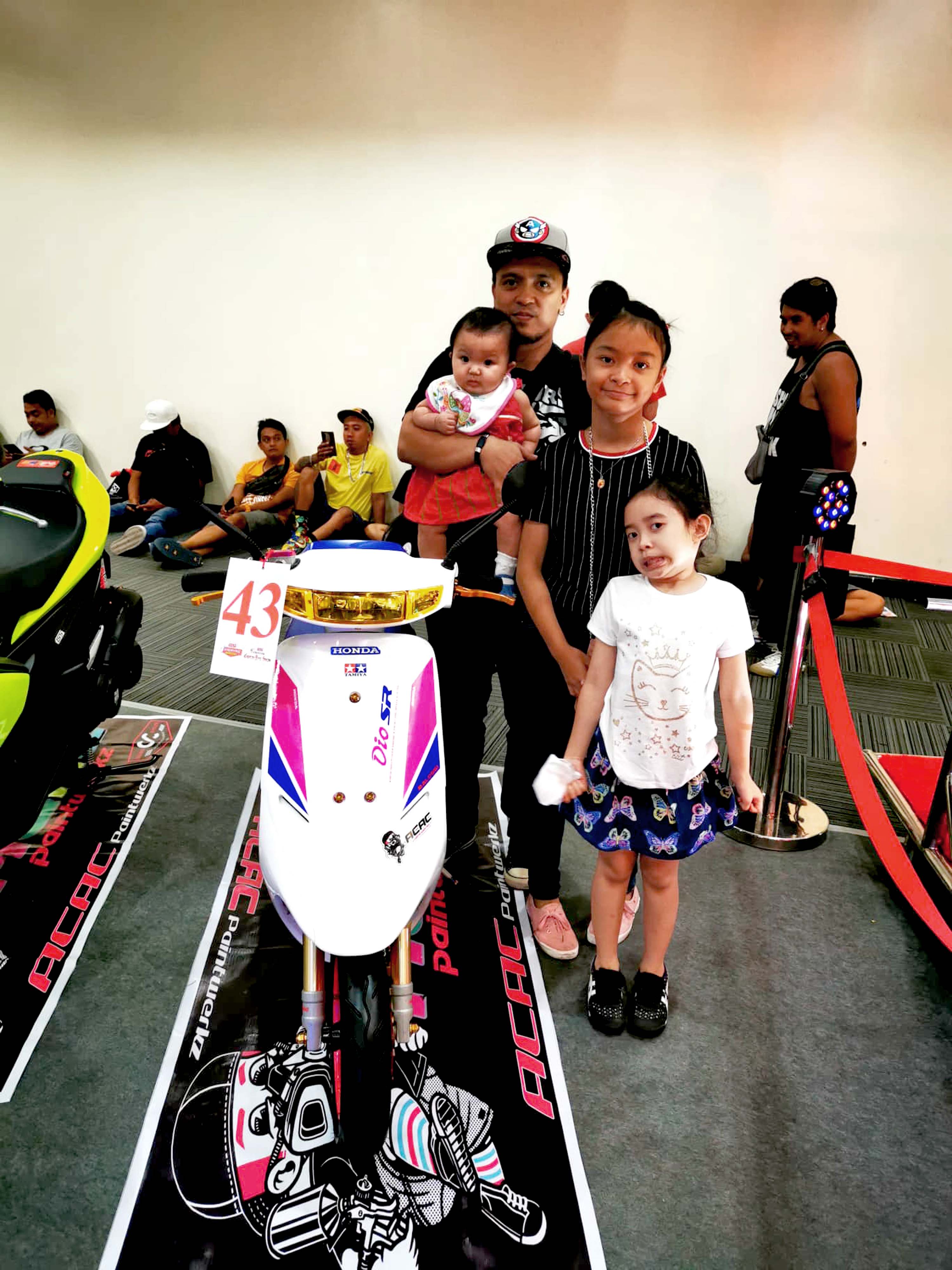 “The most satisfying part is seeing the whole unit completely restored and running. Restoring and rebuilding this scoot was really challenging.” – Carlo Bihag Pepito