Asked about how he came to having this bike, Ronald Santos of Cavite shared with us, “Ronspeed12 is my 5th bike, I also have Ronspeed10 (a Sniper MX 135), Ronfocker (a Kawasaki Fury), Ronjetz (a Mio Soul i) and Wild thing (a Honda Super 4) which I already sold”. “Iloved Yamaha’s Sniper generation from Classic to MX 135 especially when the news came out that a 150 is hitting the country, I really waited for it. Ronspeed12 is part of the first batch of the Sniper 150 released and sold to the Philippine market. 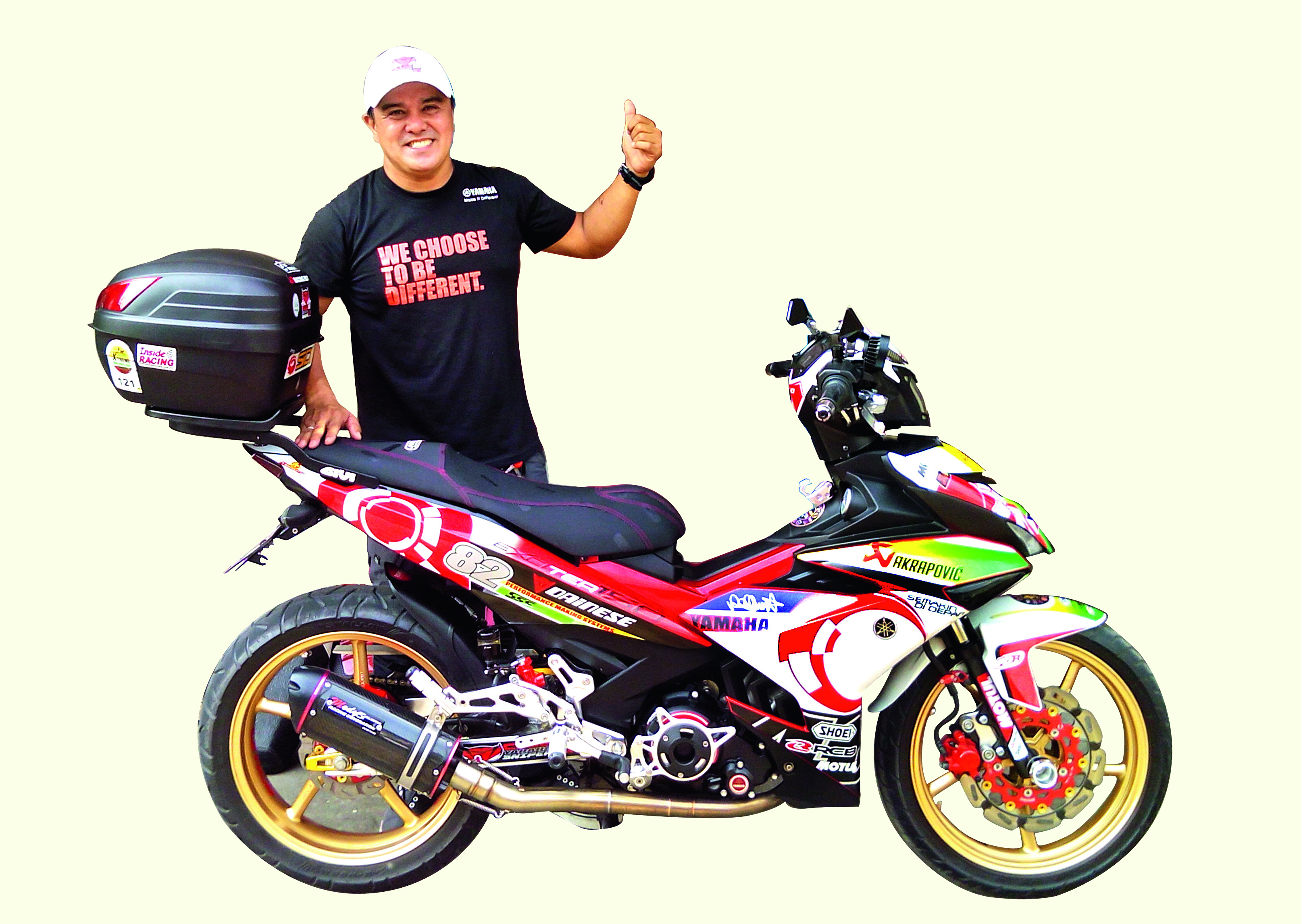 At first, accessories and parts are very hard to get here but now it’s a boom! This bike is very special to me. I love dressing him up! It’s a pogi bike like what they say and most importantly, I bought it using my hard earned money,” shared Ronald.It’s obvious that Ronald truly treasures this bike as he even has 2 sets of color schemes on his bike – Gold and Silver. This bike is covered in various aftermarket accessories such as the lightened5-spokemags, bar ends,levers, air pinandbrakefluid reservoirfromRacingBoy. Stopping power is provided by the front and rear Boushirotor disc set and Rizoma Levers.

Several other items by Rizoma are installed which included acrankcase protector, plate holder, side mirrors,hook and cable holder. Power is distributed from the engine to the rear tire via the SSS gold chain and Yamaha titanium sprocket. Ronald uses several tires on Ronspeed12 – FDR race tires, Pirelliand Swallow Xworm. The eye-catching decals isprovided by Ariel Mirasol while the painted calipersandbrakemaster you see were painted using NissinAnzhal. Most of the questions that Ronald usually gets are questions about the cost of modifying his Sniper 150. Looking at the bike, it is quite obvious that making his bike stand out like this doesn’t come in cheap. But that cost is nothing compared to the rewards Ronald gets. Modifying Ronspeed12 gives Ronald happiness, contentment and pride. In the future, who knows, we just might see him join bike shows and Ronspeed12 will surely give other competitors a run for their money.Ronald has these words for the IR readers,“Ride safe always, have discipline and respect other motorists and the people around you. Love your bike like a family. I do talk to my bike before I takeoff to keep both of us safe and of course I say a lot of prayers! Thank you also to my friends, mechanic and sponsors Peter Lee, Glen Pura of Dos Puras and WelRon Motorcycle Shop.”