This article includes the list of winners and race times, including the ones in the Heavyweight Classes so check it out.

Richard Sahagun continued his streak of strong performances dating back from the first round of the Pirelli Cup with another dominant performance in a field of tough competitors and fast riders. He was a cut above the rest of the Pirelli Cup Heavyweights as he submitted a fast time of 10:24.261s, a clear 6 seconds over the 2nd placer, Jacq Buncio in the HW A Class. Sahagun also put in the race’s best lap time of 1:42.956s. Eljun Victor meanwhile placed 3rd. Buncio, also competing in the HW B Category, finished first in the said class to continue her winning streak and is also on pace to take the over-all crown for 2017. Buncio’s 10:30.239s bested second placer Norbidieri Edding, who had 10:38.663, and Andrey Blinov who came in third with his 11:08.428 in the 6-lap race. Pocholo Panlilio, was the clear winner in the RC Class as he finished the race in 10:45.357s, a good 15 seconds faster than his closest competitor Benjie Gualberto who submitted a time of 11:00.566s. Taking the final podium spot is Edmund Rebadulla.

It should be another fast and action packed race as the Pirelli Cup starts to heat up mid-way through the season.

This is a developing story so this will be updated. Watch out for the full report in InsideRACING Magazine soon! 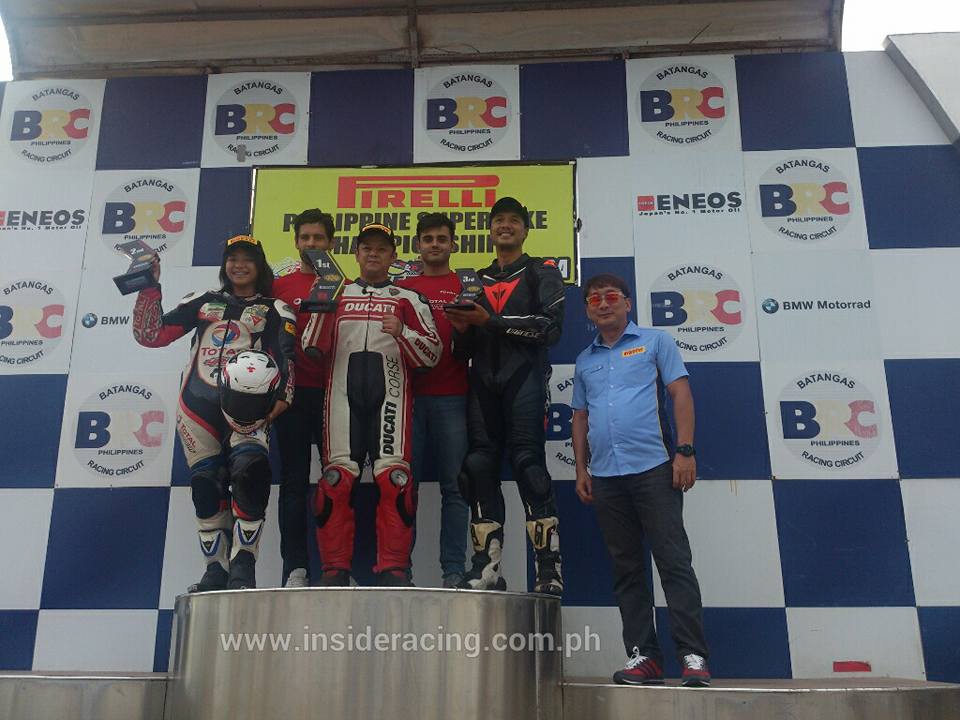