One of the one-make races in this year’s Super Series Nationwide Championships uses the “Pinnacle of Hyper Underbones”, the Suzuki Raider R150 Fi. The race class is for Novice and Beginner riders. 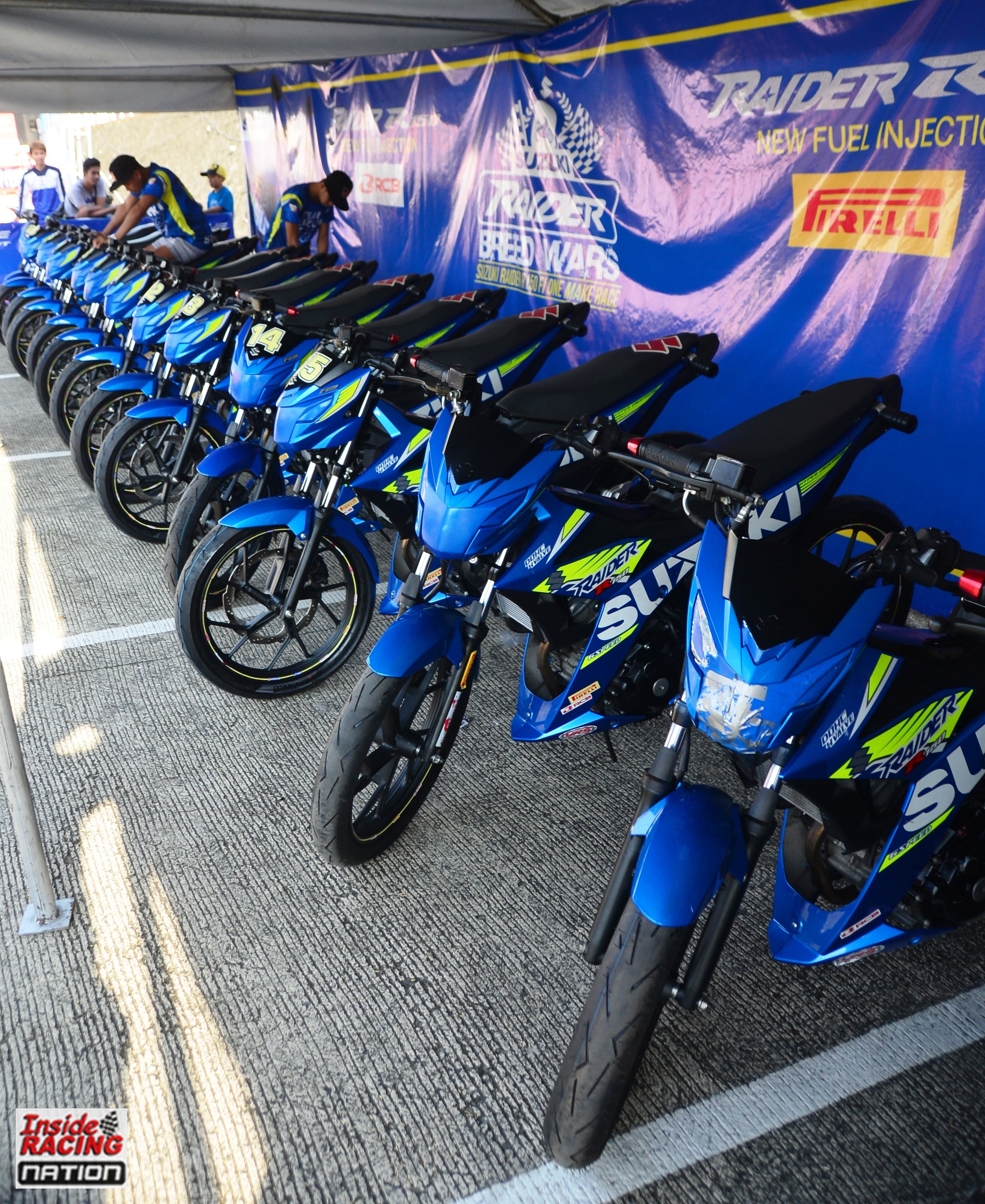 On pole position was Suzuki-VMan rider Rmand Salandanan who was seamless all throughout. Salandanan was impressive not just in the qualifying but in the 18-lap race as well. Leading the entire race, Salandanan crossed the finish line with a total time of 7:28.425s.  He also submitted the fastest lap time in the race. “Pinapasalamatan ko po yung team ko na Suzuki-VMan, sila Sir Manuel Chien, Sir Gerald Sobretodo at lahat po ng bumubuo sa Suzuki Philippines,” expressed Salandanan.

It was a 1-2 finish for Suzuki-VMan as another rider of the team, Nikko Nambatac from Davao, secured the second place. Third placer was Polo Arellano who also hails from Davao. Arellano races for FITech-Speedzilla. 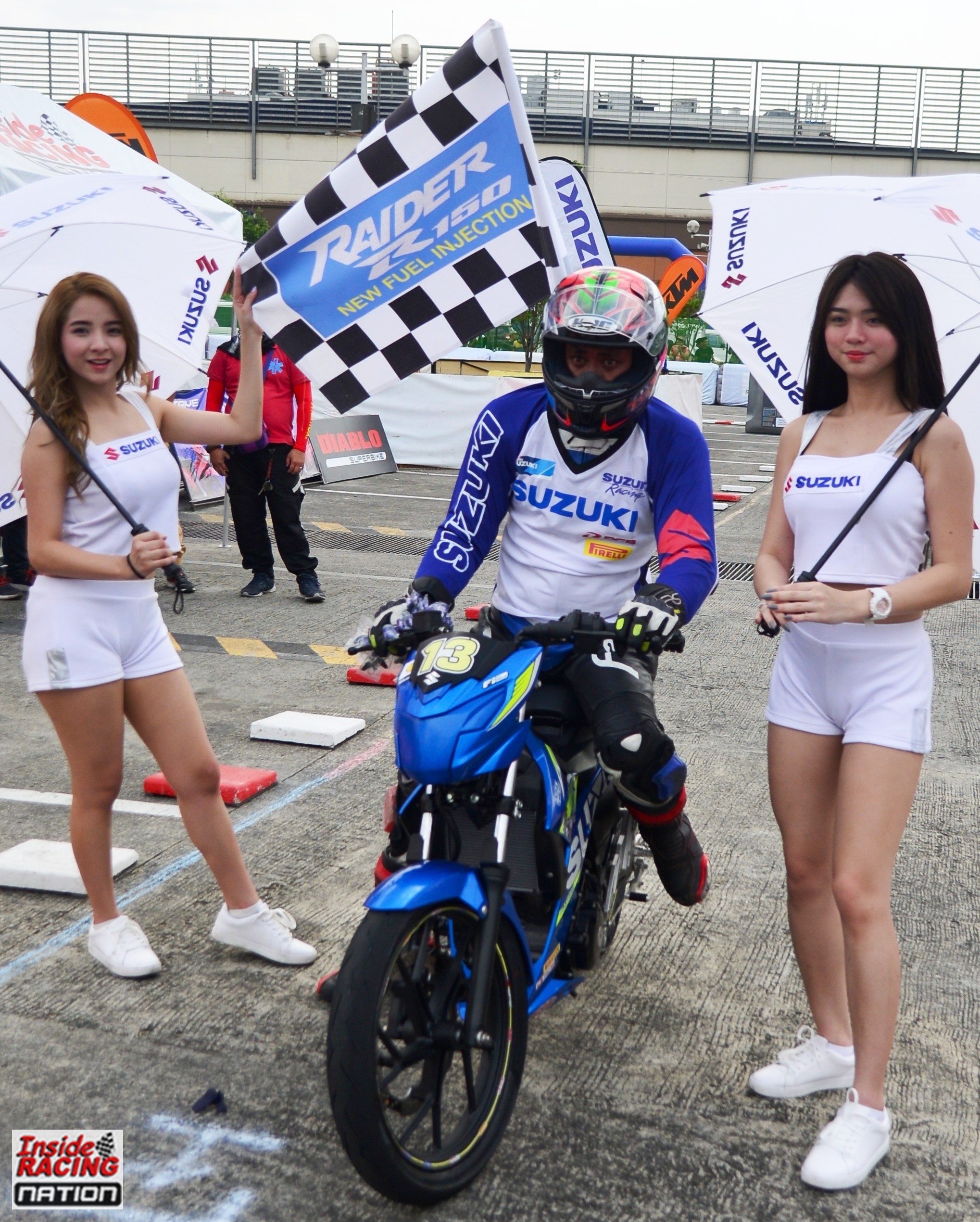 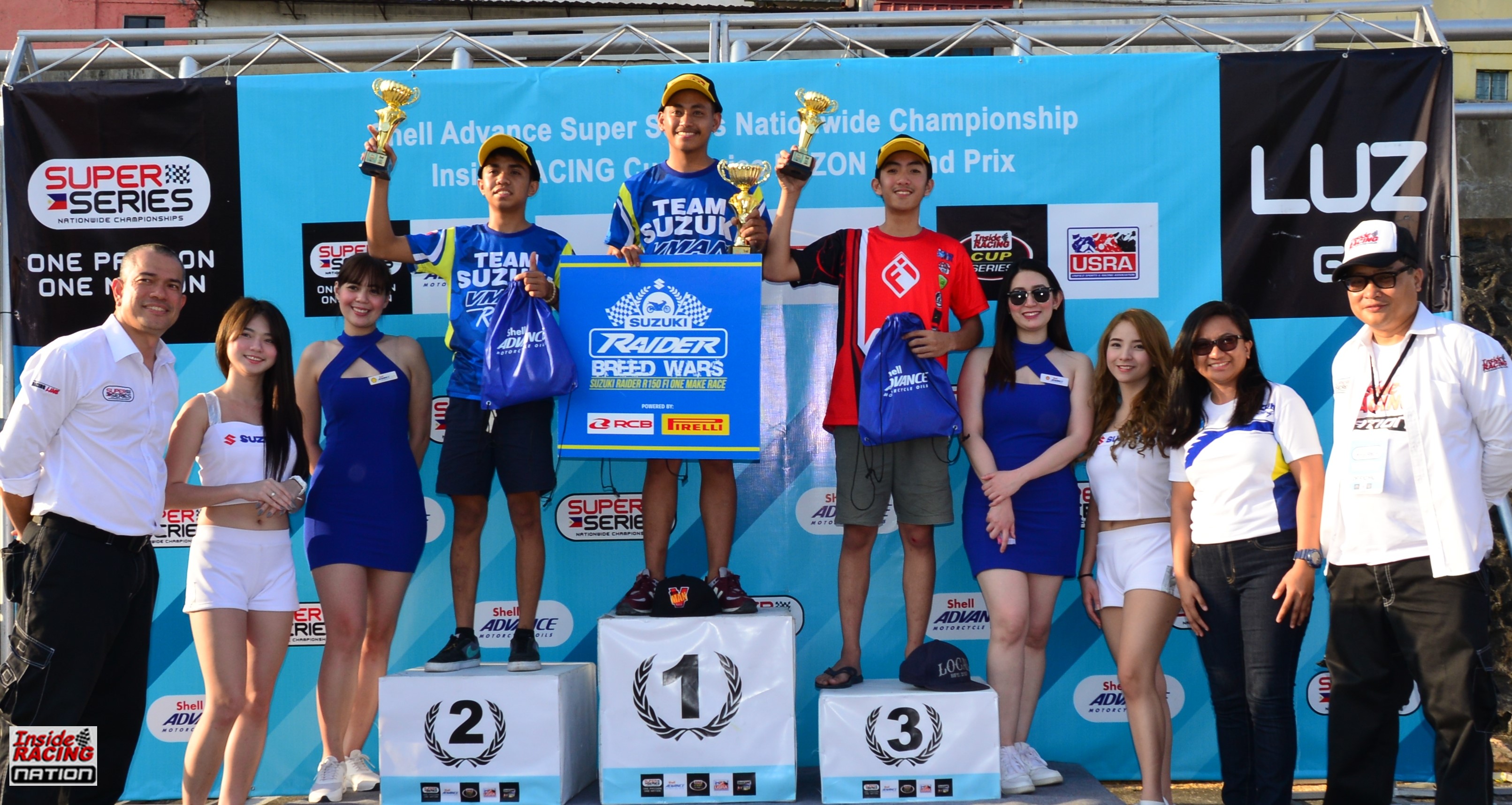 Much anticipated by Suzuki riders and enthusiasts here in the country, the Suzuki Raider R150 Fi was finally launched locally in 2017. Inherited from Suzuki technologies developed for MotoGP machines, the Raider R150 Fi is powered with a 150cc DOHC engine, 4-valve with 6-speed transmission. It is liquid cooled and sports a full LCD instrument panel reminiscent of the one on the Suzuki GSX-S1000 big bike giving it a premium feel.