James Barcial of MTRT held off a strong pursuit from 4S1M – Sum Racing’s April King Mascardo in a hotly contested battle for the win in the 115 Open. After an intense 5 laps of racing in wet conditions, it was Barcial who crossed the finish line first to win in the 115cc class. He capitalized on his pole position earlier in the race as he crossed the finish line in 4:15.450s, while Mascardo came in 0.249s later. As a matter of fact, it was Mascardo who submitted the race’s fastest lap at 50.930s but Barcial showed consistency in this win to emerge the champion.

Catch these exciting racers in the 3rd leg of the Shell Advance IR Cup series this October 9 at the Clark International Speedway. 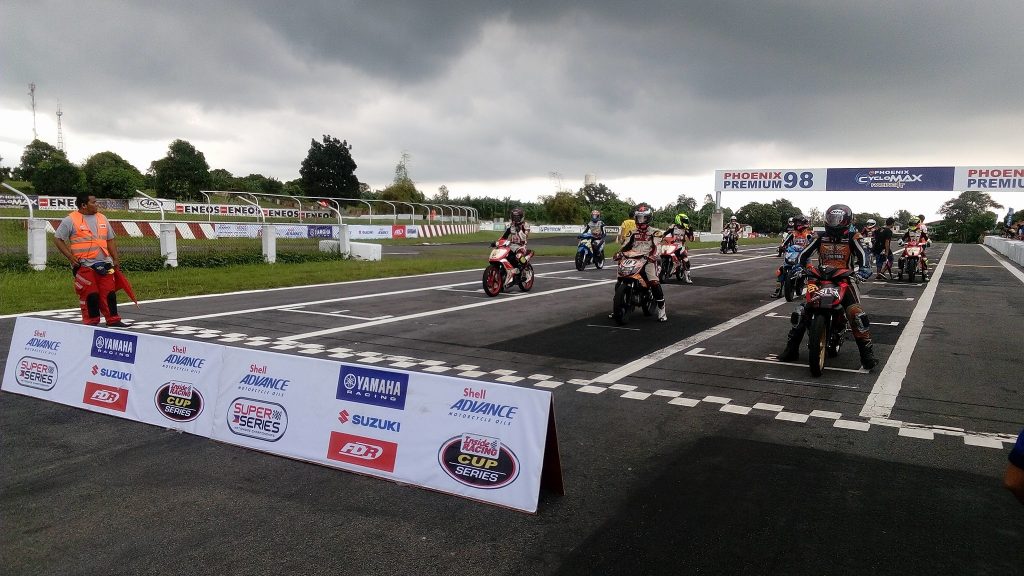