Suzuki and Mir Claim First Podium of the Year in Portugal

Perfect conditions in Portimão set the tone for a dramatic and hard-fought third round of the MotoGP World Championship, one in which Team Suzuki Ecstar had mixed fortunes but came out with a first podium of the season. 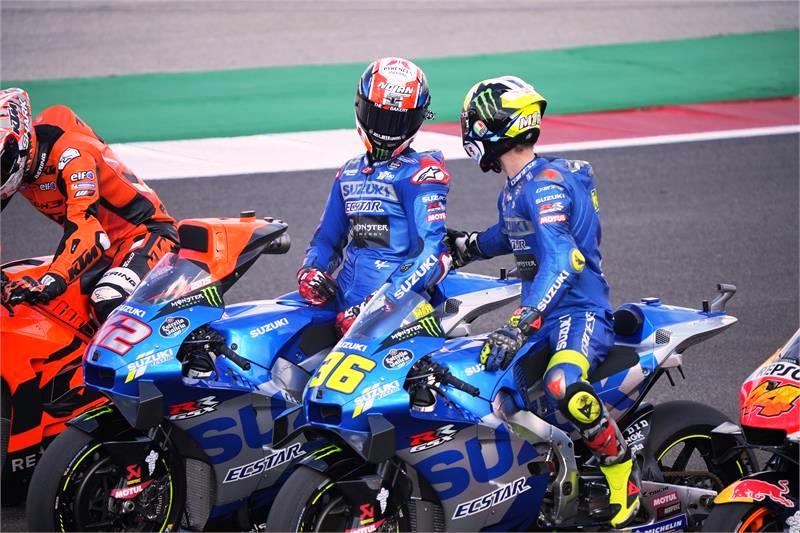 Alex Rins and Joan Mir both got off to brilliant starts in the 25 lap race; with Rins attempting to grab the holeshot and slotting into a strong second place, and Mir close behind in fourth, swiftly sweeping into third and making up six places from his grid position. 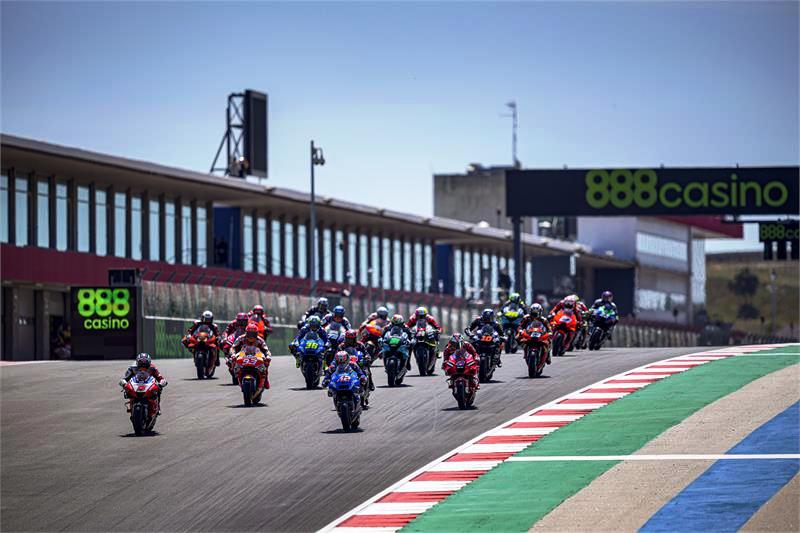 The Suzuki pairing were hot on the heels of the race leader, feeling confident with their GSX-RRs and aiming to chase podium positions. As Fabio Quartararo took over the race lead, Rins was ready to tail him. Meanwhile, Mir was doing a good job of defending a podium place. By the 11th lap Rins and Mir were holding a strong second and third. 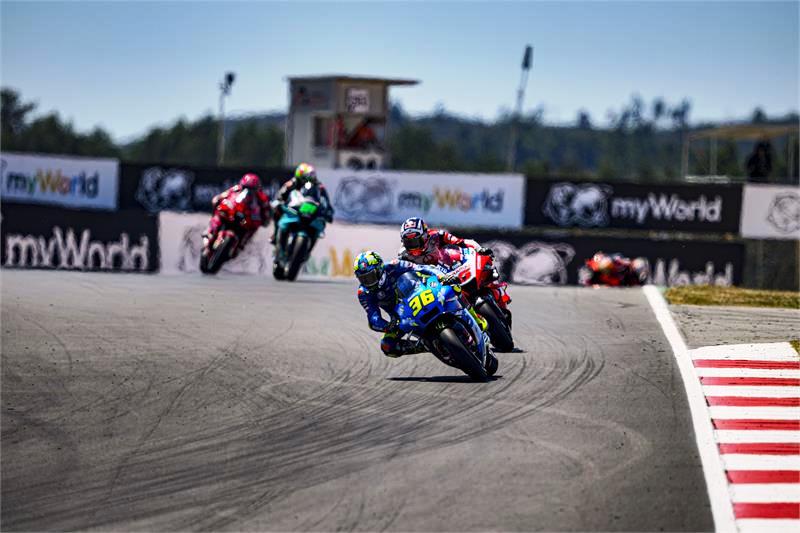 The pace at the front was phenomenal, and as race leader Quartararo set a string of fast laps, Rins in second was doing an excellent job matching and bettering them, creating an enthralling battle. On Lap 18 the Suzuki rider achieved a new lap record, a blistering 1’39.450, but just one lap later he tucked the front at Turn 5 and suffered a small crash. A disappointing end for Rins who had been running a great race. 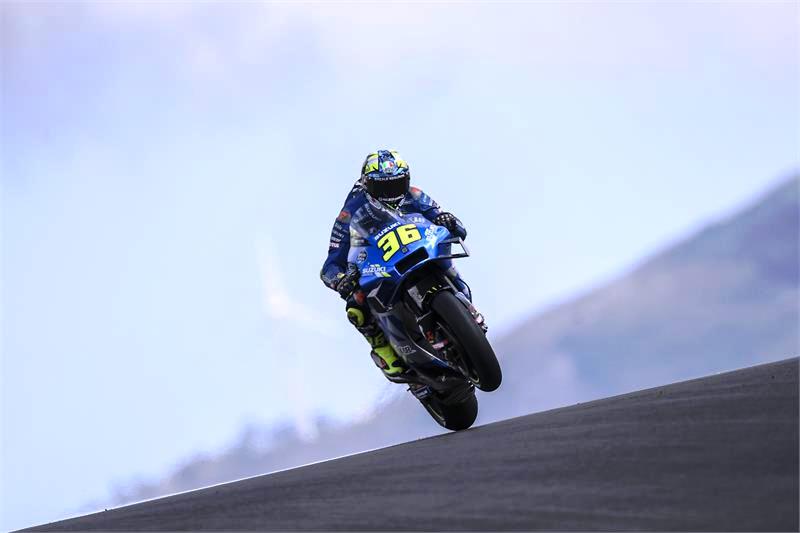 Mir continued to battle on impressively, determined to place on the podium. Despite a late charge from Franco Morbidelli, Mir was able to defend very well and bring Suzuki its first podium of 2021 with third. 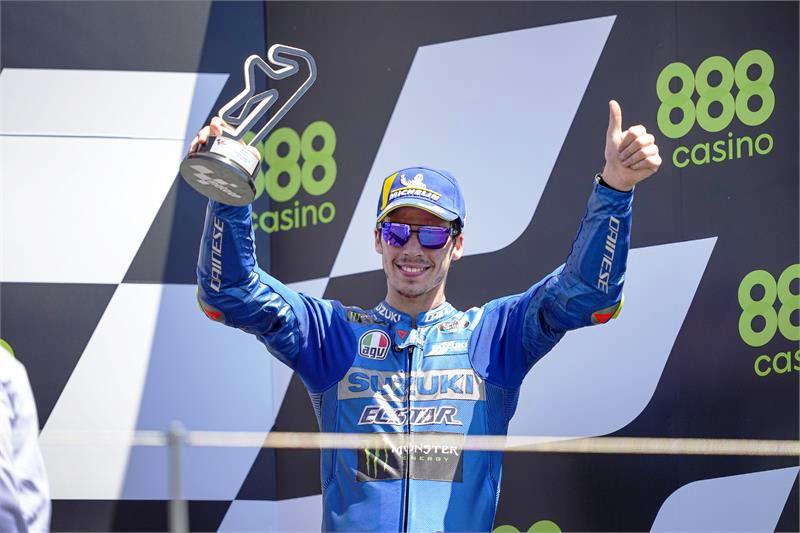 Shinichi Sahara – Project Leader and Team Director: “It was a difficult race with very fast pace at the front. Joan did a great job to get the podium, and even though he struggled a little bit he kept fighting and got a very nice 3rd place. So I’m very happy for Joan, then on the other hand it was a shame for Alex that he crashed out, but he also showed a great performance and we know we can see both riders on the podium soon.”

Ken Kawauchi – Technical Manager: “I’m happy because we’ve managed to come back to the podium and that is a great thing, but it was a mixed day for us. Alex worked very hard and was very strong, we were confident that he could finish on the podium, so it was a real pity that he crashed. Joan got a podium despite a very difficult race and it was fantastic to achieve this in the first European round. We’re hoping to fight for the top places again in Jerez.” 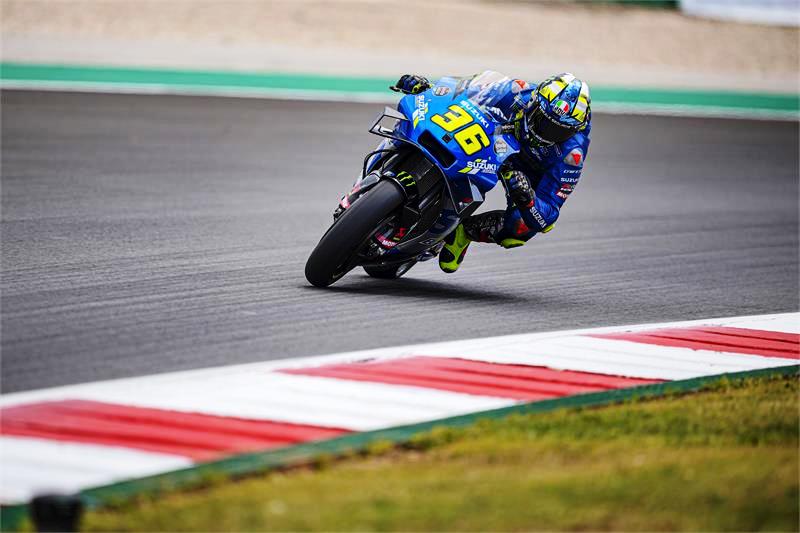 Joan Mir: “I expected that I could have good race pace, because in Warm-Up this morning I felt very strong, but I didn’t expect to have trouble in the middle of the race. I’m not sure why, but I started to struggle with the front of the bike, which is something we have to check and learn from. But overall I’m happy because we put together a strong weekend and I managed a podium at a track which isn’t the best for me. I’m looking forward to Jerez and hopefully getting another good result there, although it will be a very competitive race for sure.” 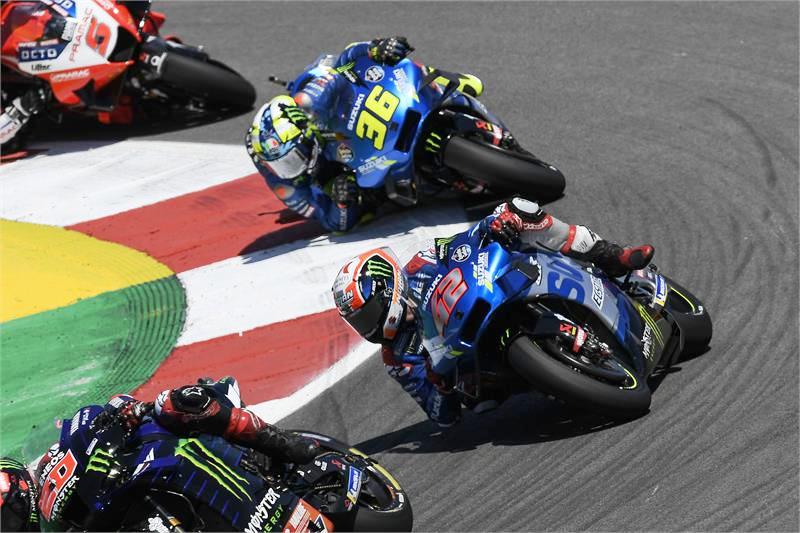 Alex Rins: “Of course I’m a bit disappointed. I was behind Fabio and I was pushing and going to the limit, but it felt like a good limit and I didn’t feel like I was over the limit at any point. I was managing it all well; the tyres, the breathing, the pace, everything. We checked the data after the crash and I had done everything the same, so it was strange to crash. But anyway, I had a good feeling all weekend and although it’s a shame that I couldn’t finish with a trophy, at least I know I have very good pace and the bike works well. My team and I know that if we can keep the same way of working into Jerez, we can have a very nice result.” 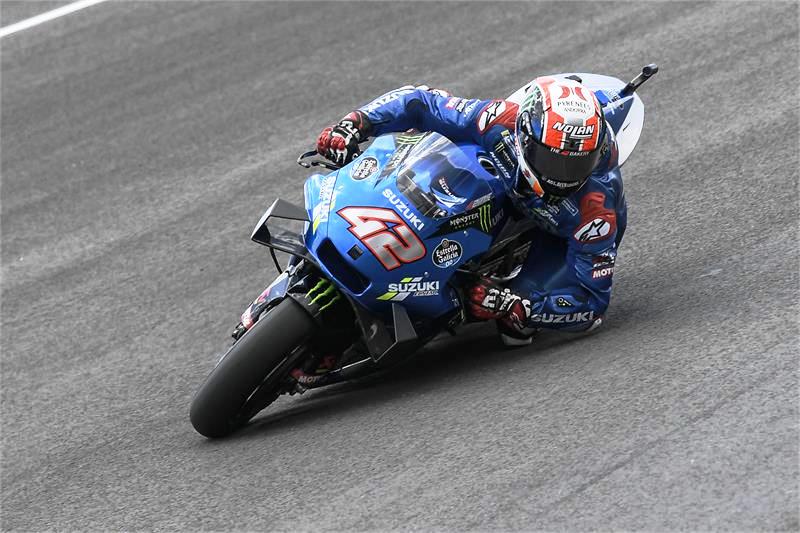