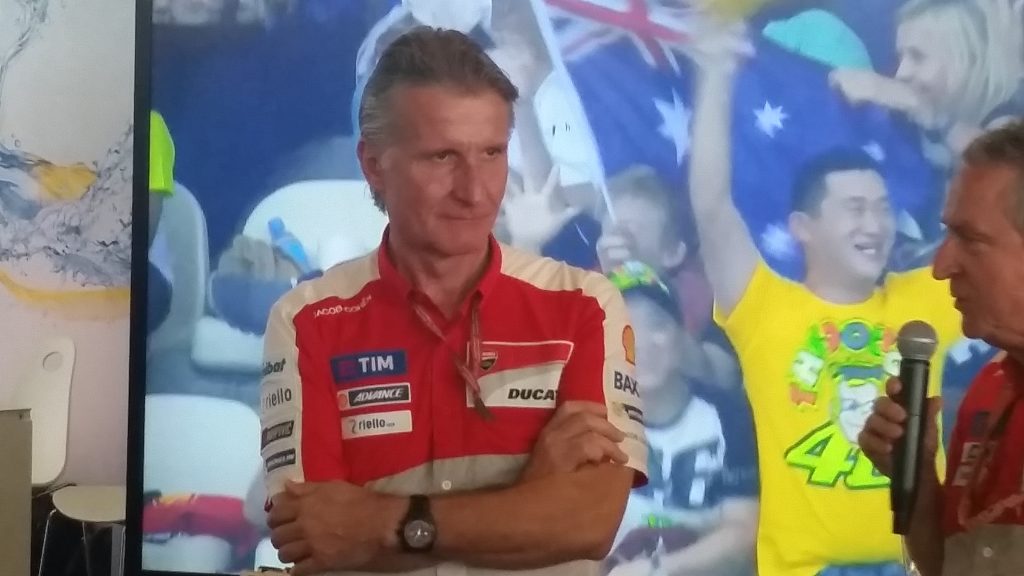 Sepang, Malaysia – When asked for the reason why they chose Dovizioso over Iannone to be Jorge Lorenzo’s team mate in the Ducati Corse Team for 2017,  Ducati Sporting Director Paulo Ciabatti, said Suzuki simply had a better offer for Iannone.

“Both riders are very good and both have performed very well in the last four years with Ducati. We were having a hard time in making our decision of choosing the second rider but Suzuki made an offer that we could not match.”

“Iannone had a great four years with Ducati, two with PRAMAC team and two with the factory Corse team, ” he added.
After being absent for more than a month and multiple races due to a crash, Iannone returned to MotoGP this weekend at Sepang for the Shell Advance Malaysia MotoGP. He was the consistently fast amd always in the top 5 in practice. He will start in 6th postion later today while his team mate Dovizioso will start on Pole Position.