Suzuki Philippines staged a victory party for the Suzuki-VMan racing team on November 16 at Vu’s Skybar and Lounge at the Marco Polo Hotel Manila. The manufacturer invited its media friends to celebrate the success of the team in the Super Series Nationwide Championships as well as in the MotoIR Championship series. 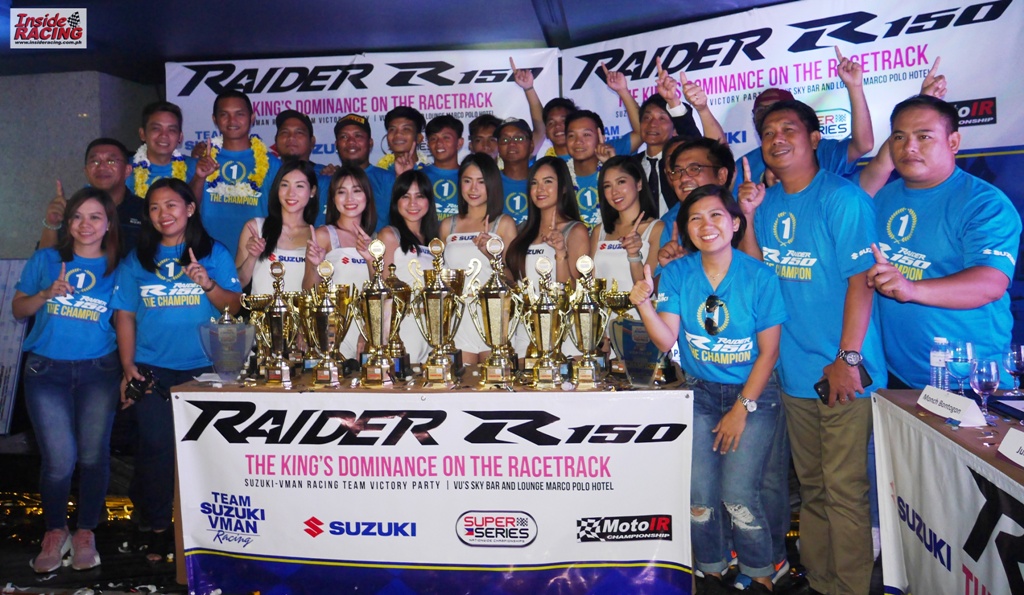 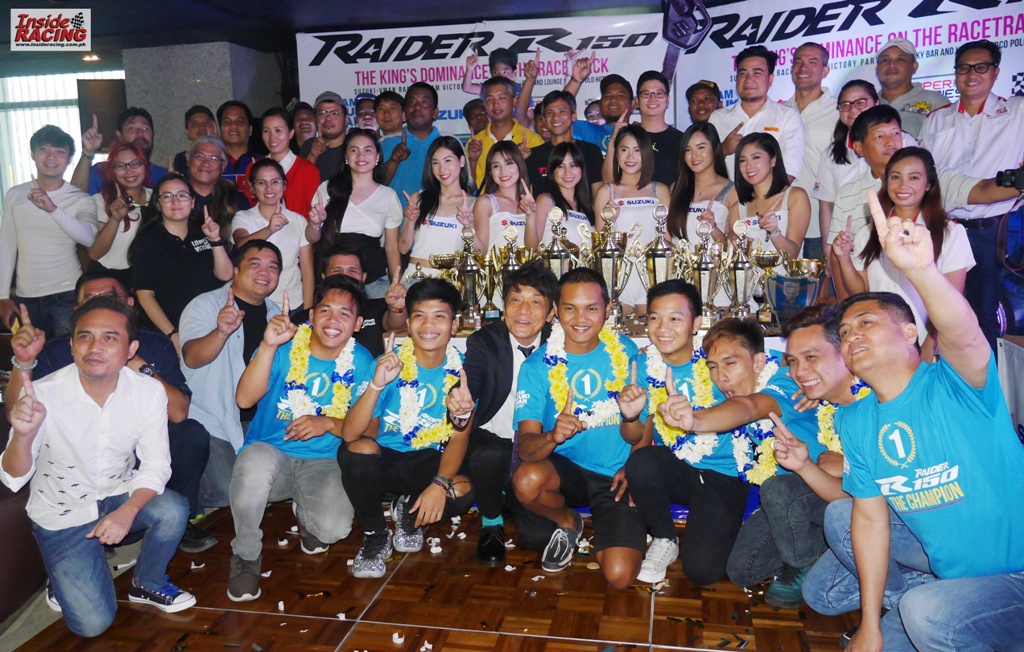 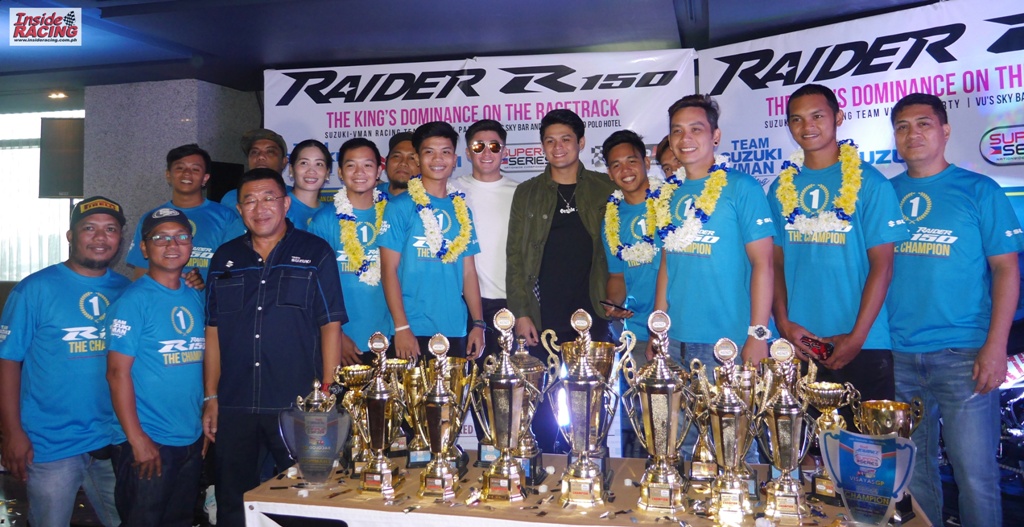 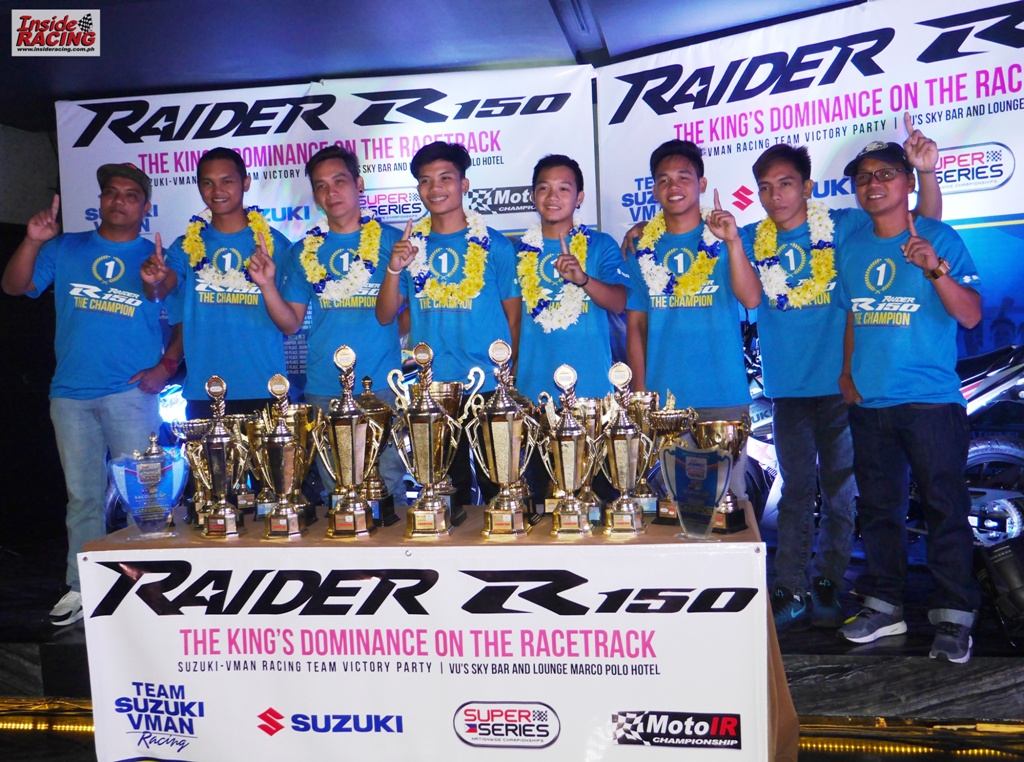 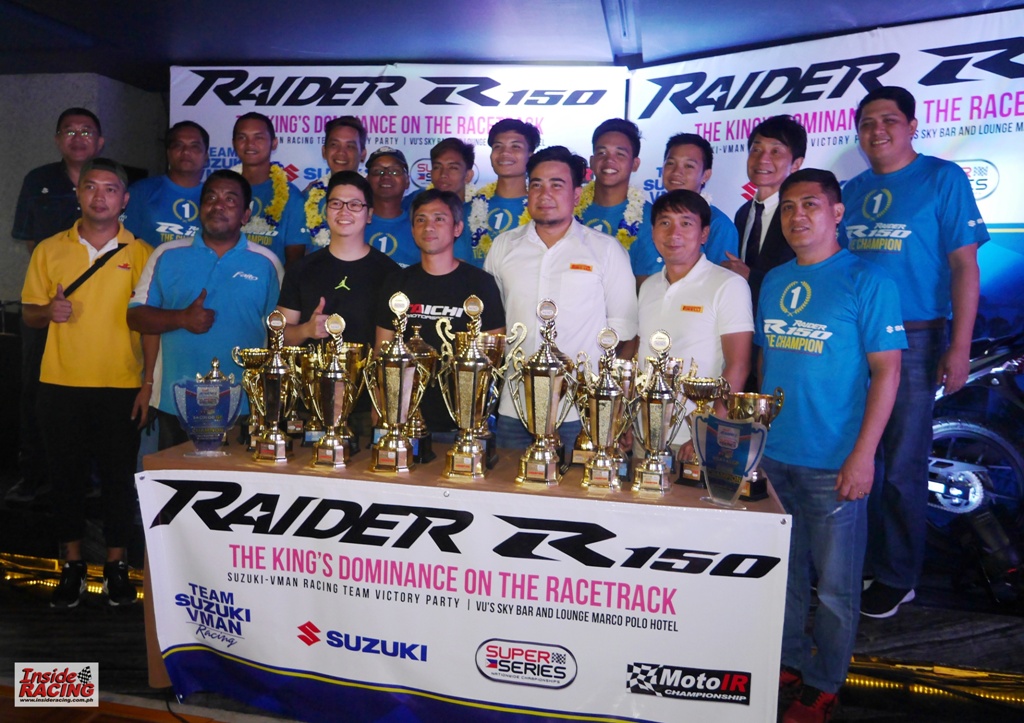 Suzuki Philippines executives and Suzuki-VMan with the team’s sponsors 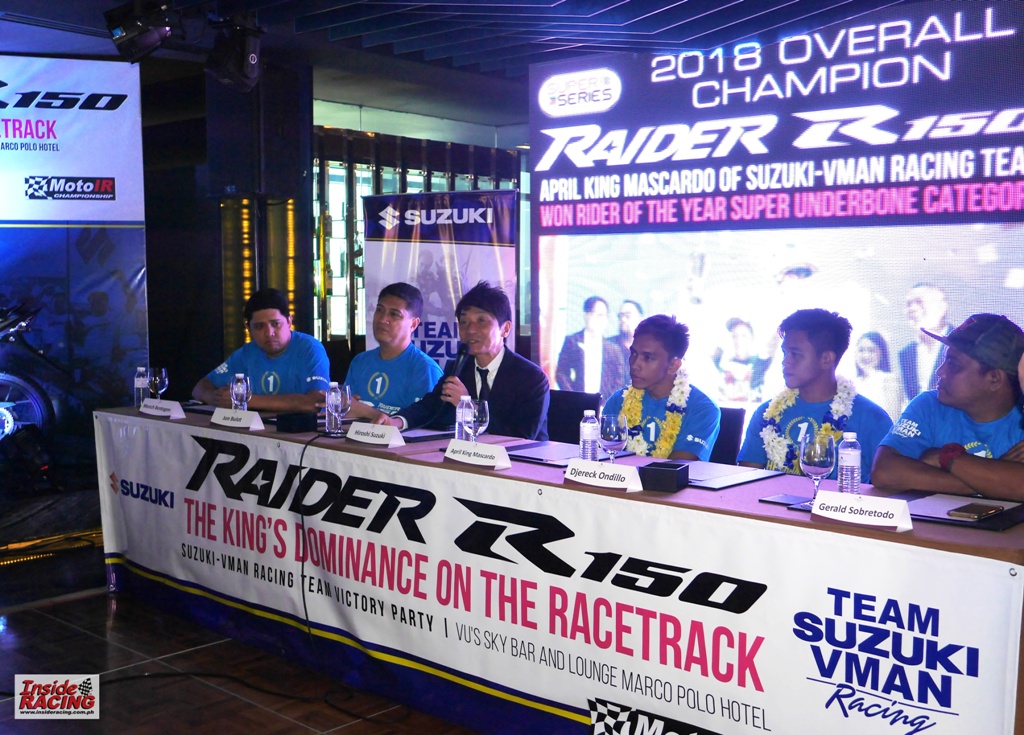 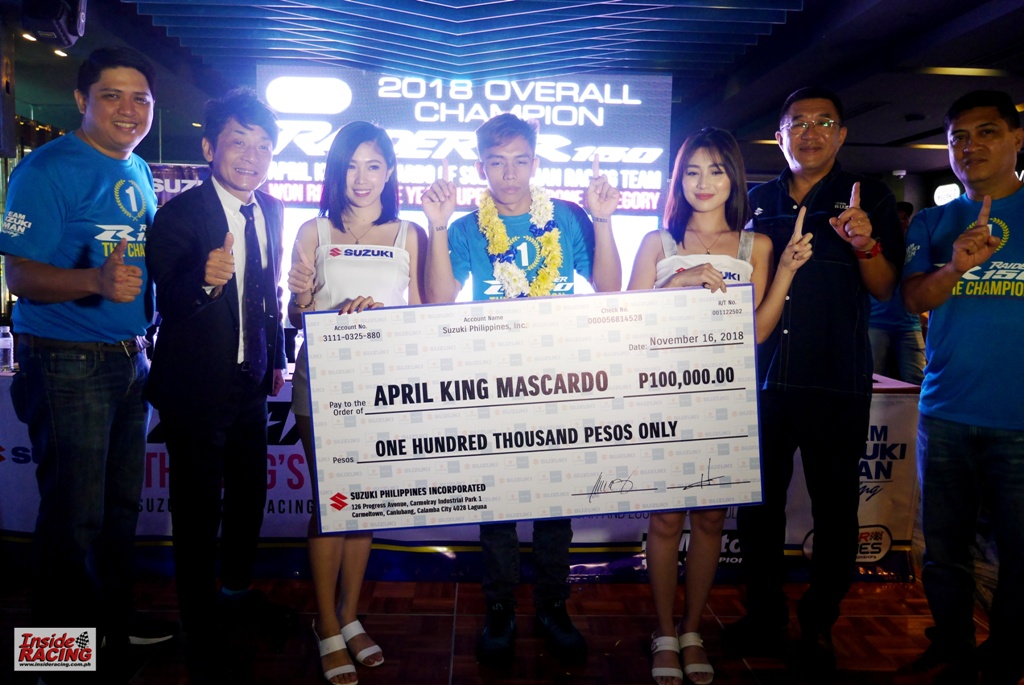 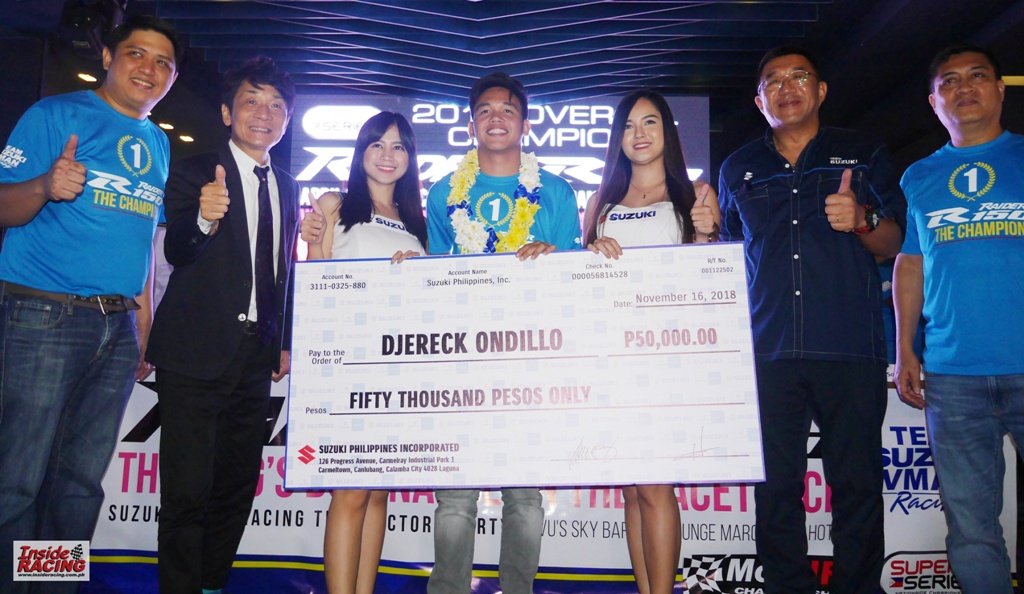 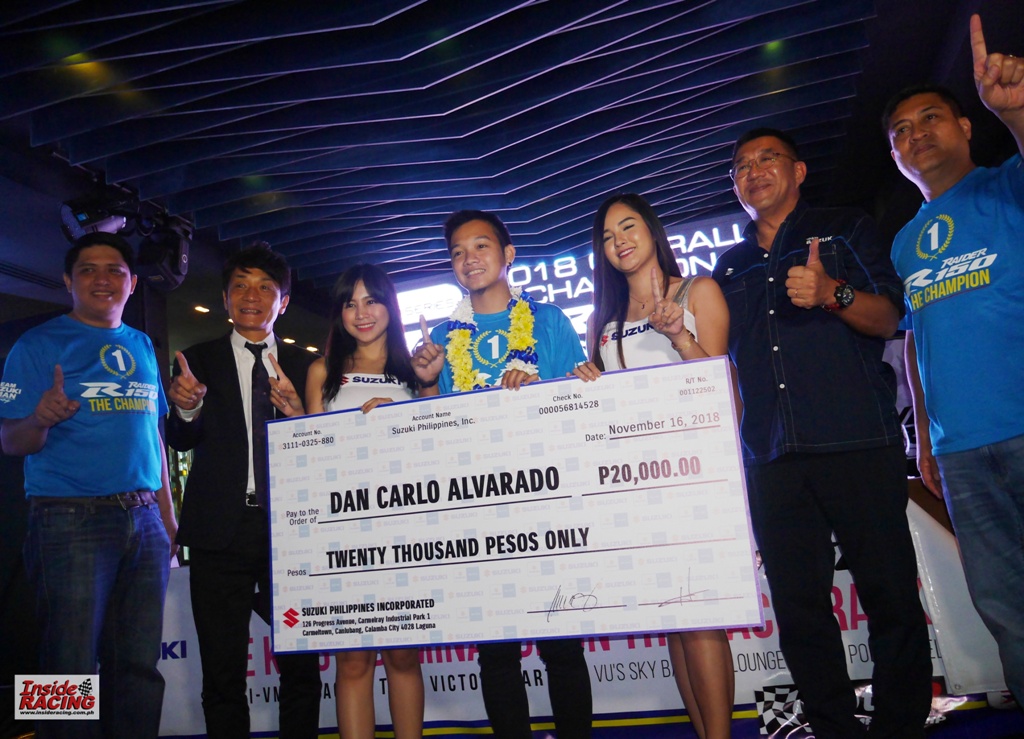 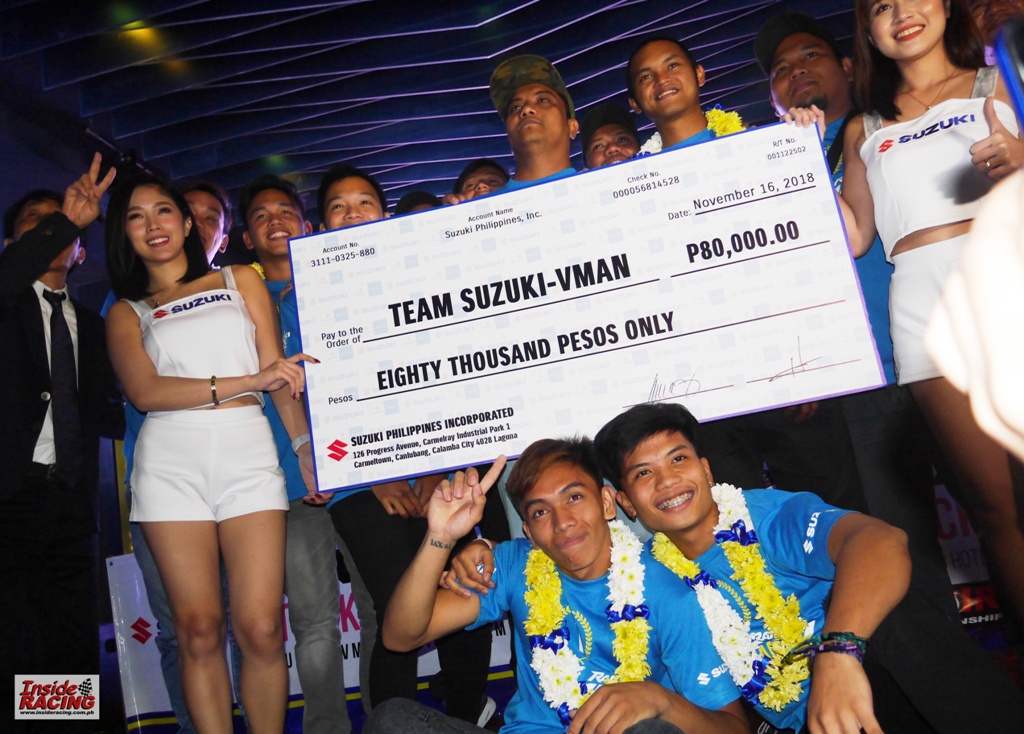 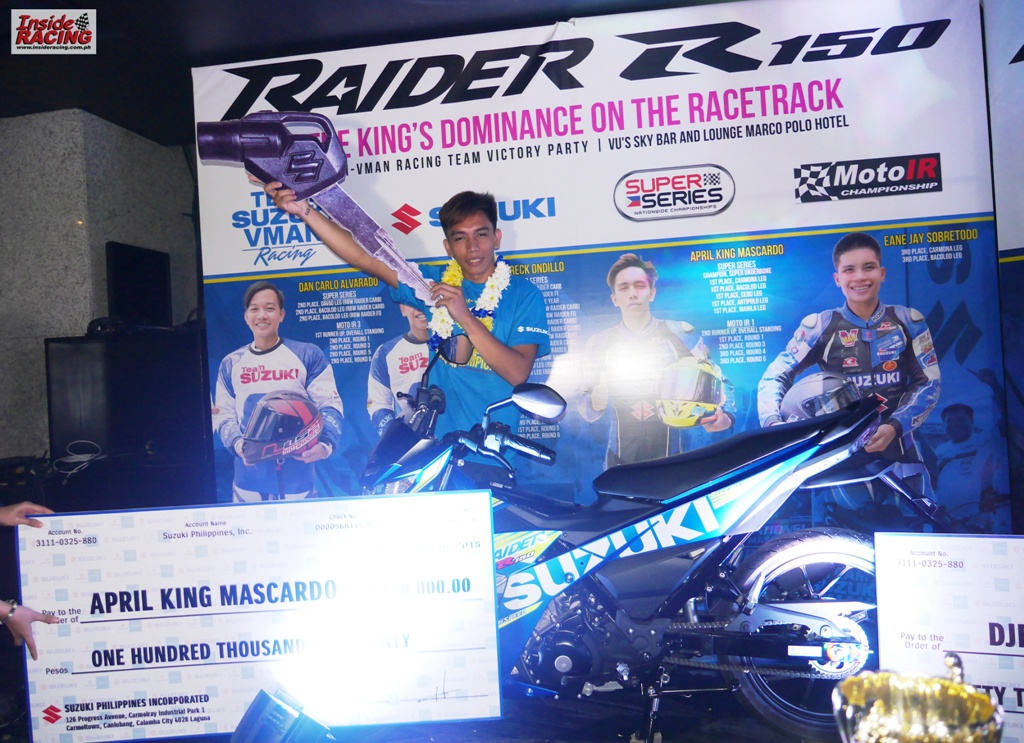 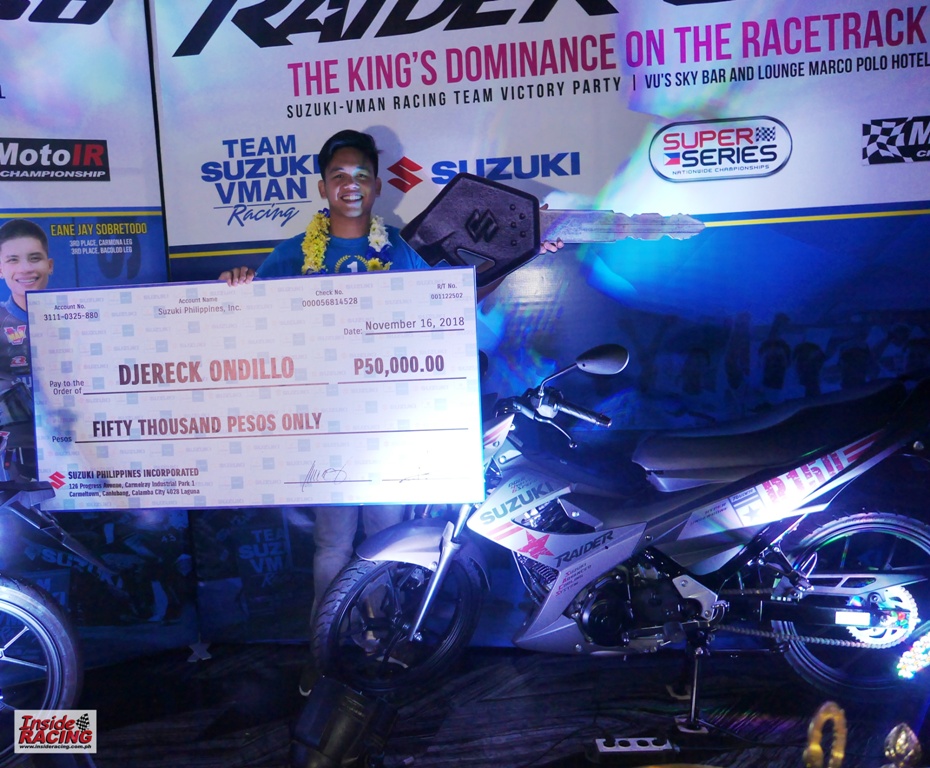 Mascardo on the “Underbone King” Suzuki Raider R150 FI impressively delivered for Suzuki-VMan in the Super Underbone class of the Super Suzuki. The rider from Davao won four out of six rounds of the series. The fifth round win as an emotional victory for him as he lost his father days before the race. He arrived in Manila on a Saturday, raced and won on Sunday and went home to Davao that night. Suzuki Philippines was appreciative of Mascardo’s skills and dedication. Ondillo, meanwhile, dominated the both the Carb and FI classes of the Suzuki Raider Breed Wars of the Super Series organized by InsideRACING and The Racing Line. Mascardo also placed 2nd runner-up in the MotoIR1 while Ondillo champed in the MotoIR3 class of the MotoIR Championship organized by InsideRACING. 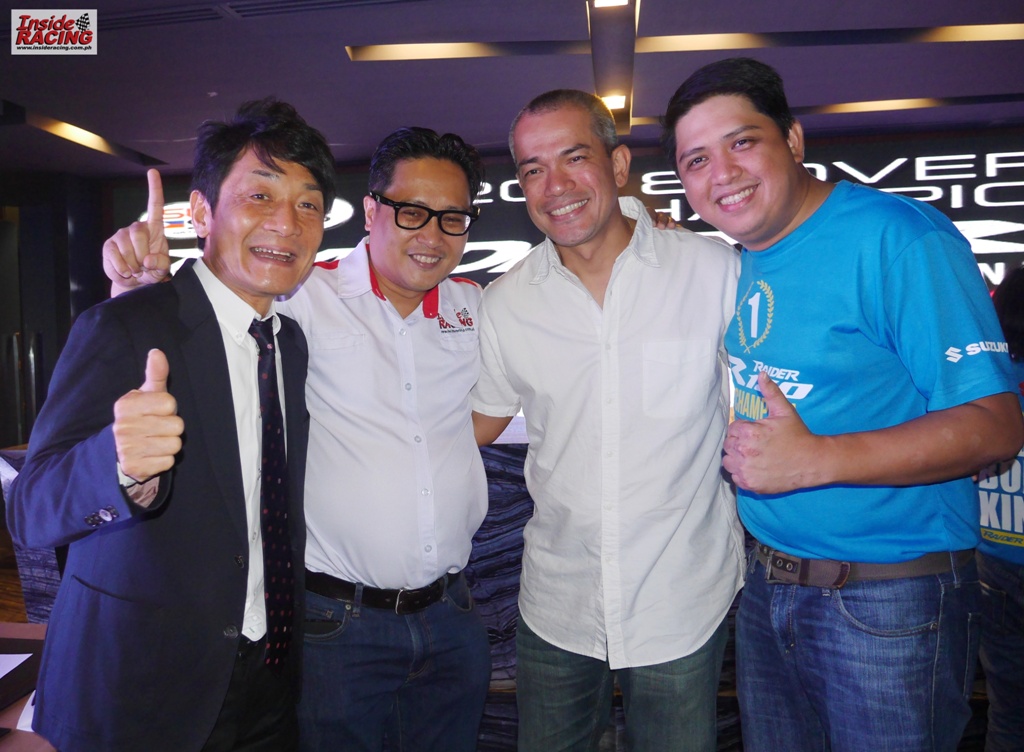 With the Super Series and MotoIR 2018 season concluded, Team Suzuki-VMan will now venture in IRGPXII this November 23-25 at the Carmona Race Track in Cavite where they will battle once again with top riders. The team is determined to deliver good results again to Suzuki Philippines and their fans at the 12th Annual InsideRACING Grand Prix.