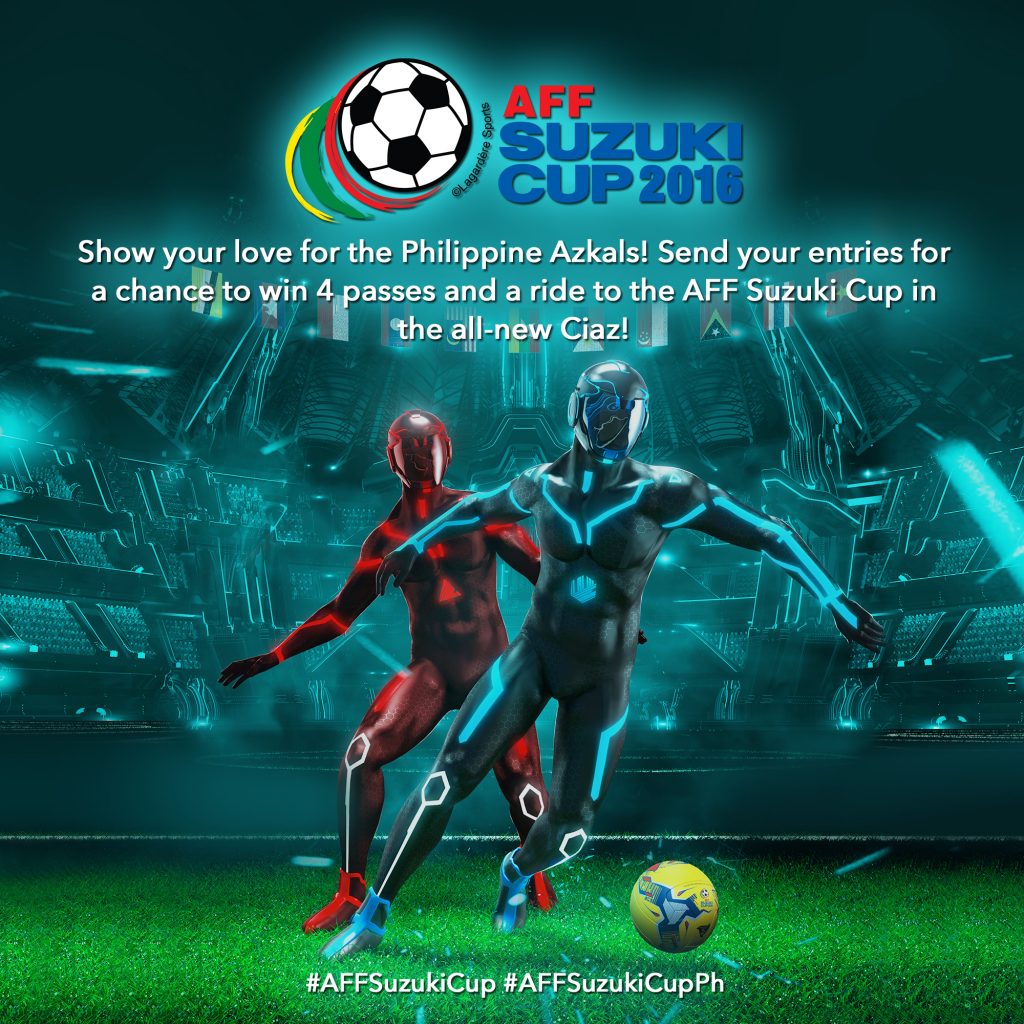 As preparations for the upcoming AFF Suzuki Cup continue to heat up, with Philippines co-hosting the world-class tournament for the first time, Suzuki Philippines Inc. intensifies the excitement with an online promo that will give football fans a chance to score great prizes. The AFF Suzuki Cup, inaugurated in 1996, is a biennial football tournament organized by the ASEAN Football Federation (AFF). Suzuki has been the title sponsor of the Cup since 2007.

Through the AFF Suzuki Cup Experience Facebook Photo Contest, two lucky winners and their companions will be able to witness the games up close and cheer on for the national football team on the opening day of the tournament, November 19 as the Philippine Azkals try to outscore Singapore, an ASEAN powerhouse. The matches will be held at the Philippine Sports Stadium in Bocaue, Bulacan.

The online photo contest will run from October 1 through 31. Prizes at stake include two sets of 4 passes to the games, and other Suzuki premium items. Plus, the winners, whose names will be announced on November 9, will get a free ride in the all-new Suzuki Ciaz to and from the venue so they can fully enjoy this one-of-a-kind experience in great style!

Complete mechanics of the promo can be found at the Suzuki Philippines’ and Suzuki Motorcycles Philippines’ Facebook pages.

This is only the first of the many activities, games and surprises which fans of the much-awaited tournament can look forward to as the dates of the competitions draw near. Suzuki is as excited as the fans as it underscores the company’s commitment to supporting world-class sporting events in line with its “Way of Life” mantra.

For more updates on the AFF Suzuki Cup 2016 and the online contest, please visit http://suzuki.com.ph/ and like them on www.facebook.com/SuzukiAutoPH and www.facebook/SuzukiMotorcyclesPhilippines.

Words and Photo by: Suzuki Philippines