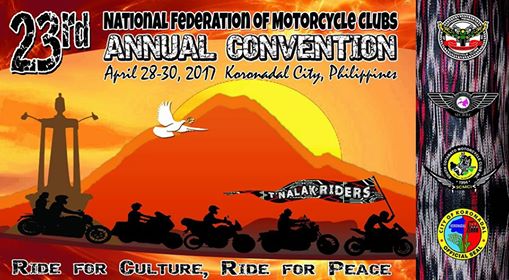 The National Federation of Motorcycle Clubs of the Philippines, Incorporated (NFMCP, Inc.) invites the public to be a part of the first ever KORONADAL MOTORCYCLE FESTIVAL running from the 22nd to the 30th of April, 2017 at the Rizal Park in the City of Koronadal.

This 9-day grand motorcycle extravaganza is jam-packed with worthwhile activities such as conferences, symposia on road courtesies and traffic regulations, skills trainings and other capacity building seminar-workshops for thousands of local motorists (motorcycle, tricycle & habal-habal drivers, etc.) from Koronadal and the whole of SOCCSKSARGEN Region. 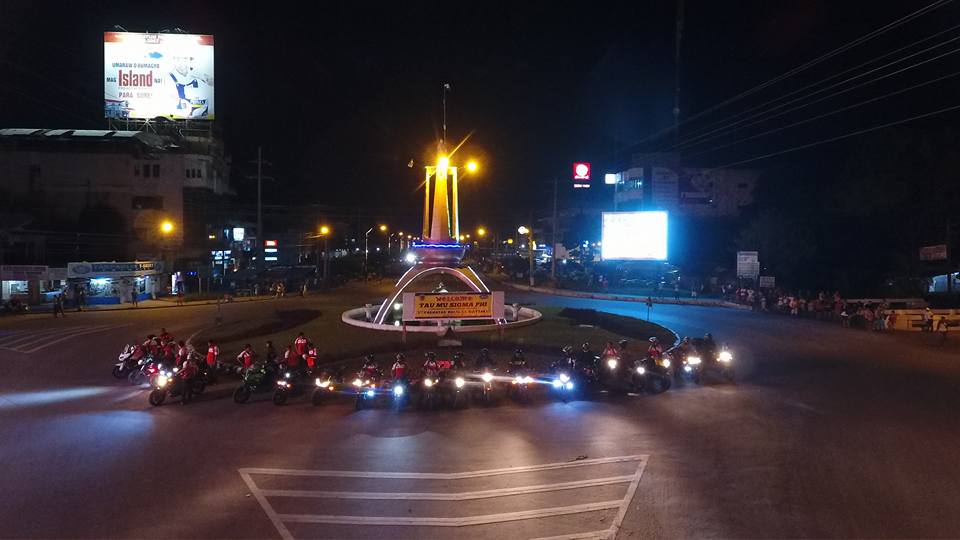 Add to this is the gathering of more or less 2,500 strong big bike enthusiasts from all over the country and other countries like Malaysia and Indonesia converging for its 23rd Annual Motorcycle Convention on April 28-30, 2017. This is jointly facilitated by the National Federation of Motorcycle Clubs of the Philippines, Inc. (NFMCP, Inc.) and the South Cotabato Motorcycle Club, Inc. (SCMCI). 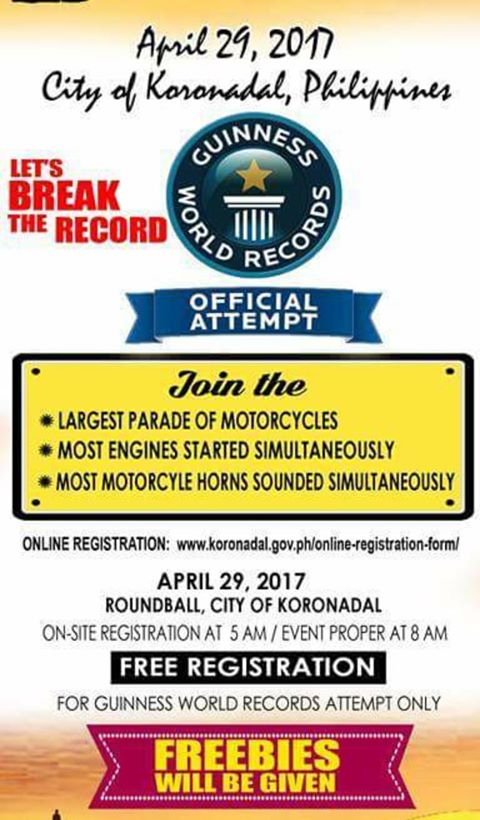 Highlighting the whole festival is our OFFICIAL ATTEMPT on April 29, 2017 to break the GUINNESS WORLD RECORDS for the following categories:
1. Largest Parade of Motorcycles;
2. Most Motorcycle Horns Sounded Simultaneously; and
3. Most Engines Started Simultaneously